Emotional attachment to a place and good bread

Have you ever felt an emotional attachment to a place or even a landscape? A feeling of belonging when you go there even when you’ve never been there before? I feel that way about Scotland and to a lesser extent, England. It puzzles me a bit because the environment I grew up in was so different. Sub-tropical, sunny Brisbane is the antithesis of temperate, gloomy Scotland but I feel an almost transcendental sense of belonging here, as though this is where I’m meant to live and die.

It’s a bit strange because I’m not at all superstitious or religious and yet I feel this emotional attachment which I cannot explain through science and reason. I have Scottish and English ancestry but how can the experience of my ancestors affect mine? It’s a bit nonsensical. And yet I also have a tiny bit of German ancestry but I’ve never felt the same sense of attachment when I visit Germany. Perhaps it’s just that I love the climate here and the landscape.

Is there a place that you have an emotional attachment to?

Almost every Saturday I go to Foodstory to buy some of their sourdough bread. It’s the best bread I’ve ever had and word is fast spreading around Aberdeen because they are frequently sold out.

Since discovering this bread I have been trying to make my own sourdough but failing miserably. My first attempt produced a loaf that was similar in weight and density to a besser block. My second effort was as flat as a pancake but like chewing on a rubber car tyre. My third effort was not much better and then my starter took on the aroma of nail polish remover  so I threw it out. I will keep trying. I am determined.

This week I got some vegan cream cheese with chives by Nutcrafter creamery.

The stuff is delicious. 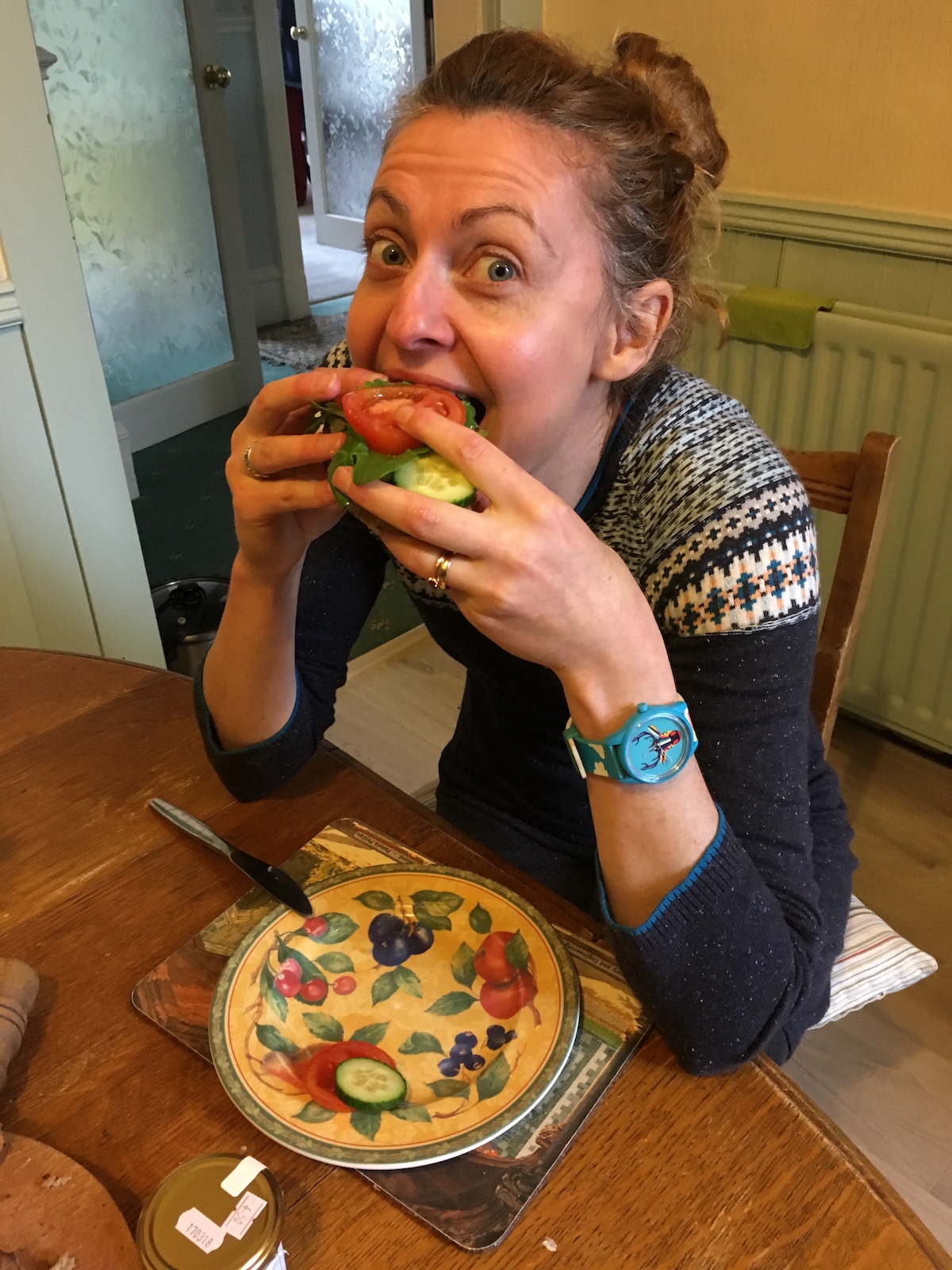 I was meant to present my petition to the Aberdeen City Council Petitions Committee this coming Wednesday but they emailed on Friday afternoon to cancel it. Apparently the Petitions Committee has been disestablished and instead it will go before the Operational Delivery Committee. I’m not sure what this means and whether it’s a good or bad thing. I have been preparing my talk and now I’m not sure if it will go ahead at all. The effect of this is that I’m now motivated to do something else. It doesn’t look like anyone is planning a Pedal on Parliament for Aberdeen this year so I’m thinking of making this my next project. Stay tuned!

15 responses to “Emotional attachment to a place and good bread”