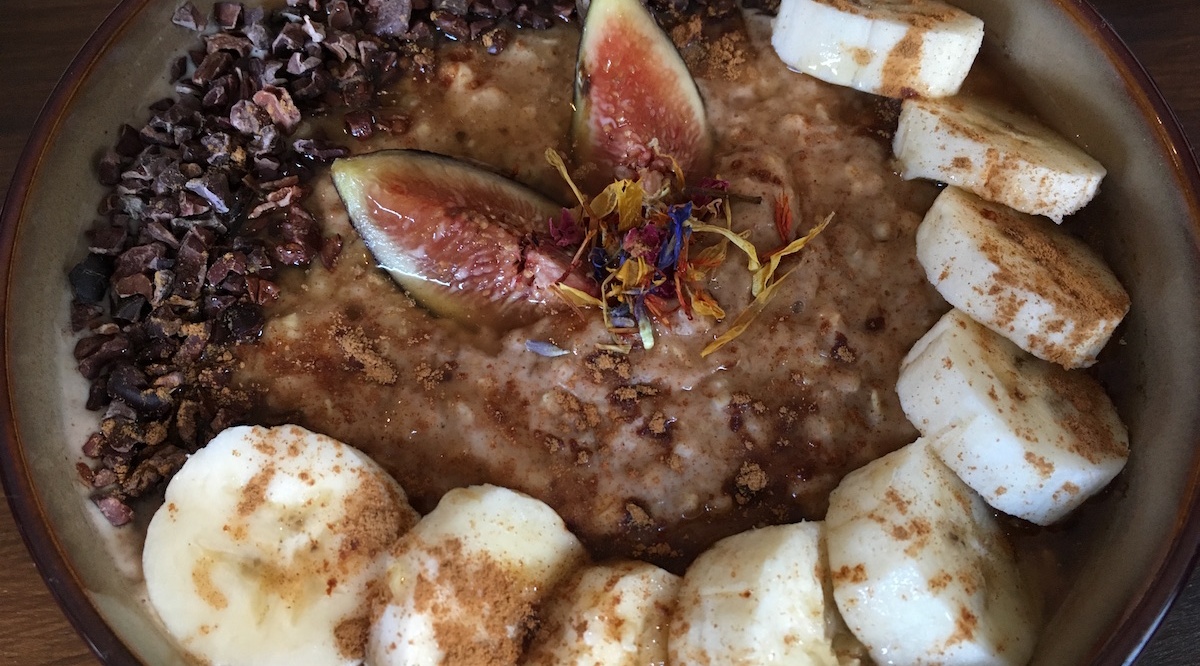 Last Sunday we went to Bonobo for brunch and I tried their Bonoboats which is porridge made with peanut butter. I was a little skeptical at first but it exceeded my expectations so I decided to try making it at home. Here’s what I got at Bonobo: 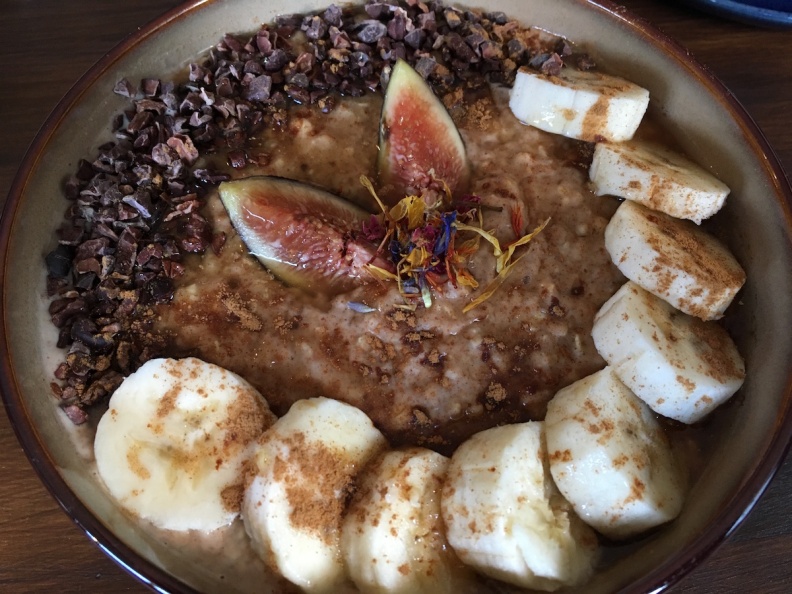 Here’s what I made today at home: 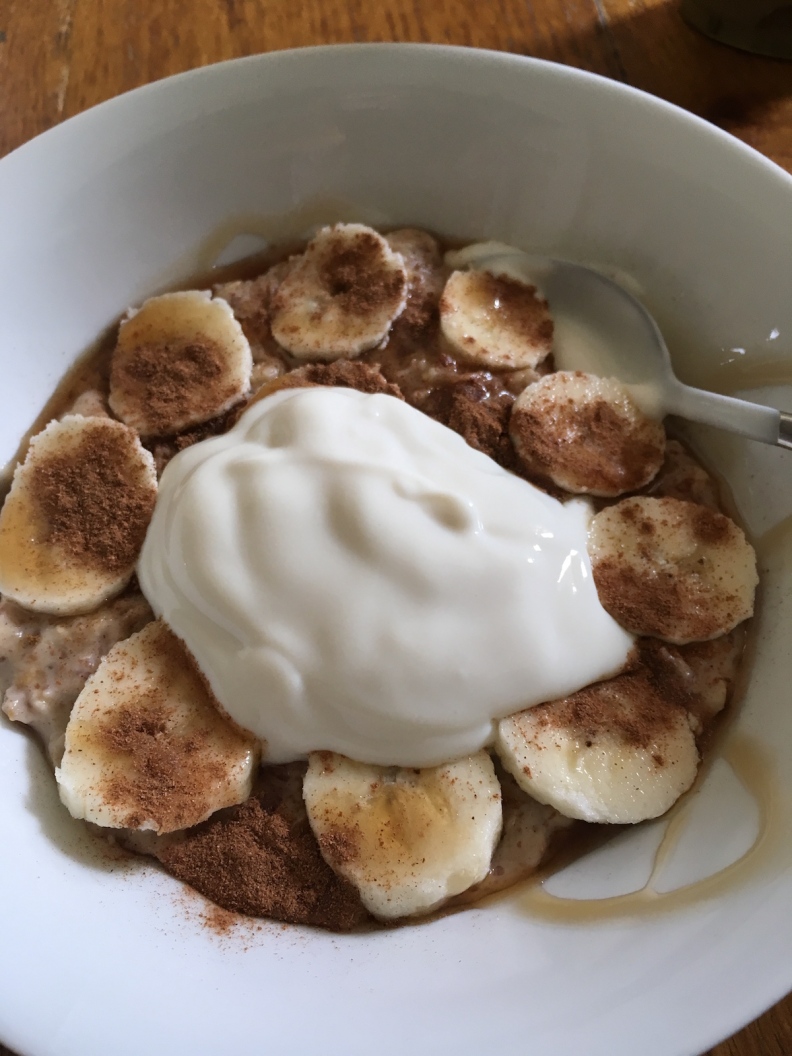 Ok, so it doesn’t look as good as the Bonobo version which is why I don’t intend to quit my job and open a restaurant, but it tasted just as good, if not better. I added a secret ingredient to mine: ground flaxseed. I’ve heard it said that where there’s flax there’s healthy people. But don’t trust me! Have a look at this university medical centre leaflet about flaxseed.

Mix the oats, water, non-dairy milk, peanut butter, ground flaxseed in a saucepan and cook on the stove over a medium heat. Stir continuously so it doesn’t burn or stick to the bottom. When it’s a nice gluey consistency turn off the heat and serve with fruit, cinnamon, and agave/maple syrup. I also put some plain soya yoghurt on mine but this isn’t necessary.

Protip: Be careful not to accidentally sprinkle cumin over the top instead of cinnamon which is what I did.

7 Replies to “Porridge with peanut butter”