When everyone was panic-buying in March I saw some stinging nettle springing up in our backyard and decided to leave it there rather than weed it out. Stinging nettle is a highly nutritious food. It has anticarcinogenic, anti-inflammatory, and antioxidant properties as well as being high in calcium and iron.

How do you eat it when it stings, you ask?

You have to wear gloves when picking the leaves. I wear rubber washing up gloves. The sting disappears after 10 minutes in boiling water making it perfect for soups. Once a week I make an immune-boosting broccoli soup from Isa Moskowitz’s cookbook, Isa Does it. The recipe is here – Cheddary Broccoli Soup. Despite its name, there’s no cheese in it. Instead, it contains cashew nuts and nutritional yeast which together give it a creamy, cheesy taste and texture. I modify the recipe slightly and sometimes add coriander and celery. Yesterday Daniel suggested I put stinging nettle in it and so I did. I put about a cup of stinging nettle leaves in. Perhaps I’ll do this on a weekly basis since stinging nettle grows so prolifically here and is so good for us. The kids really like this soup too.

Yesterday I went to Marks & Spencer in the centre of Aberdeen to get some food from their food court. I discovered last weekend that it’s reasonably quiet there probably because there’s no car parking. The only time I went to the Union Square Marks & Spencer I had to queue up outside so I have avoided that one ever since. The supermarkets that have car parks are the busiest and best avoided. The Cooperative on Union Street is similarly quiet because there’s no car parking there either. How wonderful it is to have a bike.  I was able to push the trolley right up to my bike.

Everything fit into the two panniers on the back and the basket on the front. 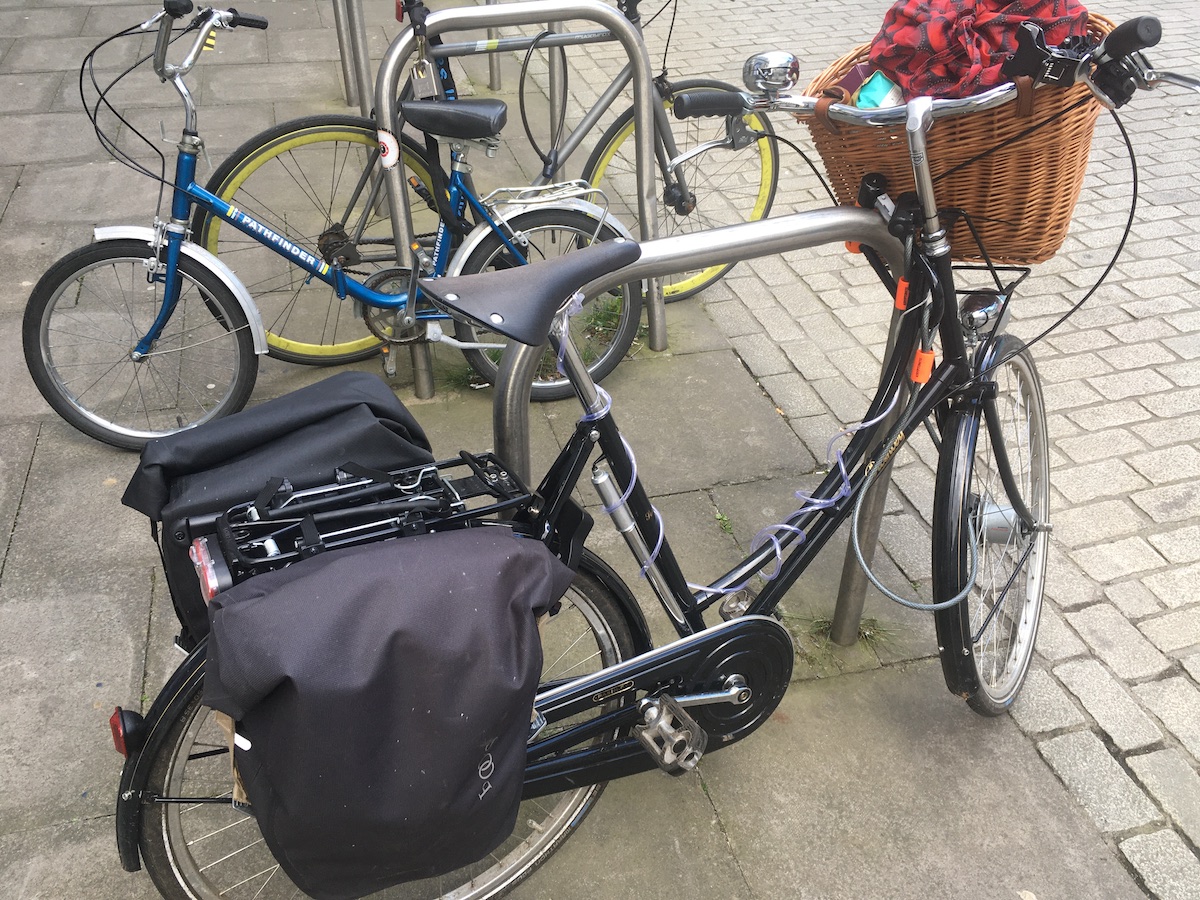 It’s much easier to cycle several bags of groceries home than to carry them. I could have taken the cargo bike but Penelope, my Pashley, holds a surprisingly large amount of cargo and I didn’t need it.