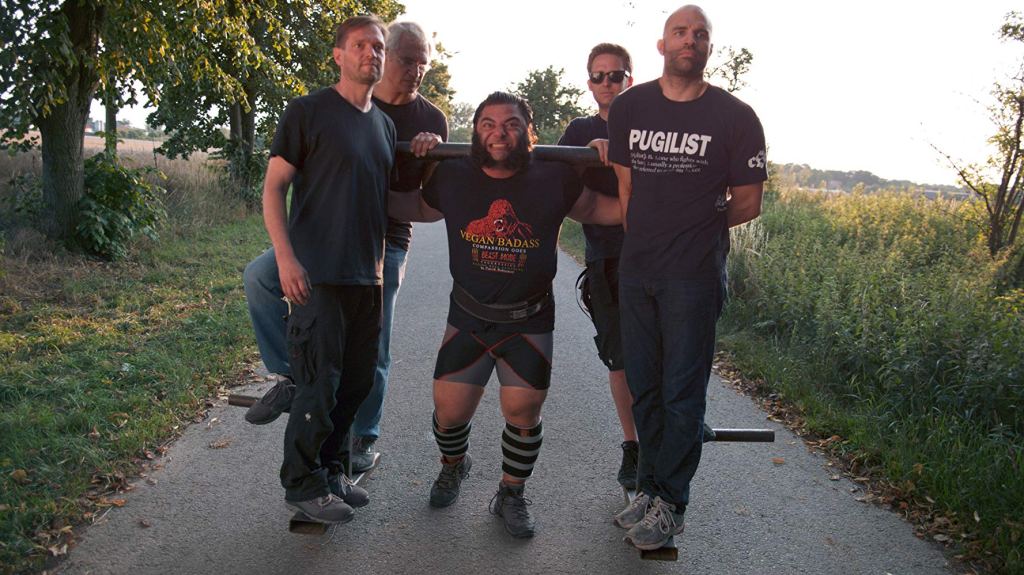 I’m really looking forward to seeing The Game Changers, a documentary directed by Louis Psihoyos and produced by James Cameron, Arnold Schwarzeneggar, and Jackie Chan. If you’re in Aberdeen it’s on at the Belmont Filmhouse this evening at 6:30pm. It looks like it will be available on iTunes from early October.

The movie challenges the idea that to be an elite athlete you need to eat meat. Arnold Schwarzenegger is now vegan, he says, “for the benefit of humanity“. He is a fantastic ambassador for the vegan movement not just because he’s a man but he’s the epitome of the manly alpha-male man.

Veganism has grown more rapidly in women than in men because of the nonsensical idea that eating meat is manly. And yet there’s nothing more manly and attractive than having a sense of responsibility towards others on the planet.

Germany’s strongest man, Patrik Baboumian, is also vegan and quoted from the film he says,

“Someone asked me, ‘How could you get as strong as an ox without eating any meat?’ And my answer was, ‘Have you ever seen an ox eat meat?’””