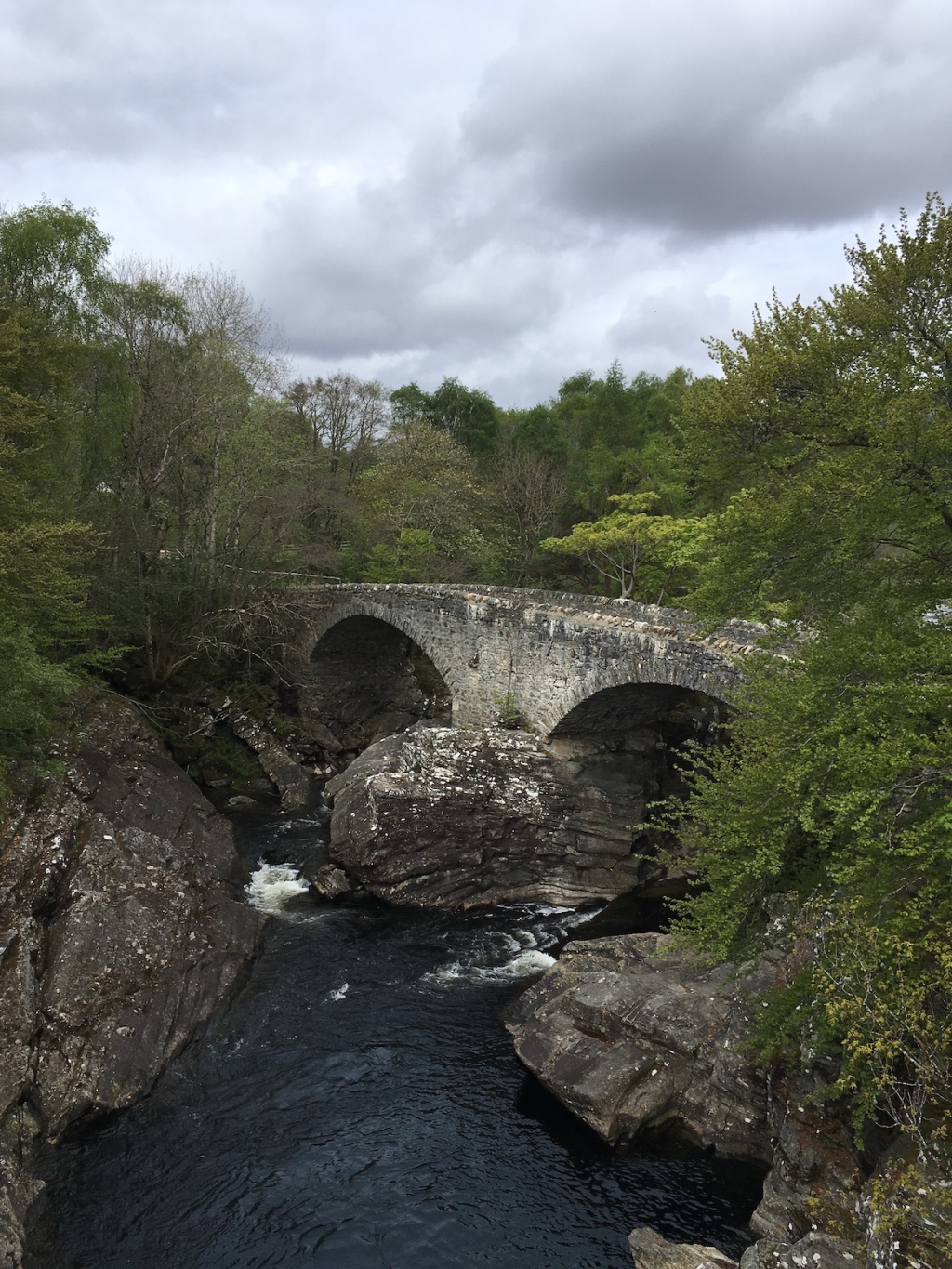 At some point over the weekend in Fort Augustus I got a tick. I found it in the shower last night. It was a tiny speck buried in amongst the black hairs of my bikini line which hasn’t been shaved in months and months so it was somewhat surprising that I saw it at all. At first I didn’t know what it was but when it didn’t wipe off I stupidly yanked at it and only then did it occur to me that it might be a tick. Ticks should be removed with care so as not to leave part of them in your body but it was too late for that because I’d pulled it out.

My eye sight isn’t as good as it once was and we don’t have a magnifying glass (note to self: buy magnifying glass) so I got Daniel to have a look at it and he said he could see arms and legs on the thing which confirmed its tick status. Now the beast is sitting in a glass jar on my desk and I’ve name him Tickular.

This is my first tick ever. I have no idea how or where I got it but most disconcerting is how close it ended up to my private bits. I was wearing tights on all our walks. How on earth did it manage to go through my tights? The good news is there’s no redness or swelling on the removal site which suggests I didn’t accidentally decapitate him.

Here are some photos from our last day. This is Loch Ness:

On the drive home we stopped at Invermoriston which is right beside Loch Ness and has a lovely river – River Moriston – with rapids and stone bridges.

The stone bridge in the next photo is one of many built by Thomas Telford. The same Thomas Telford who built the Caledonian Canal. 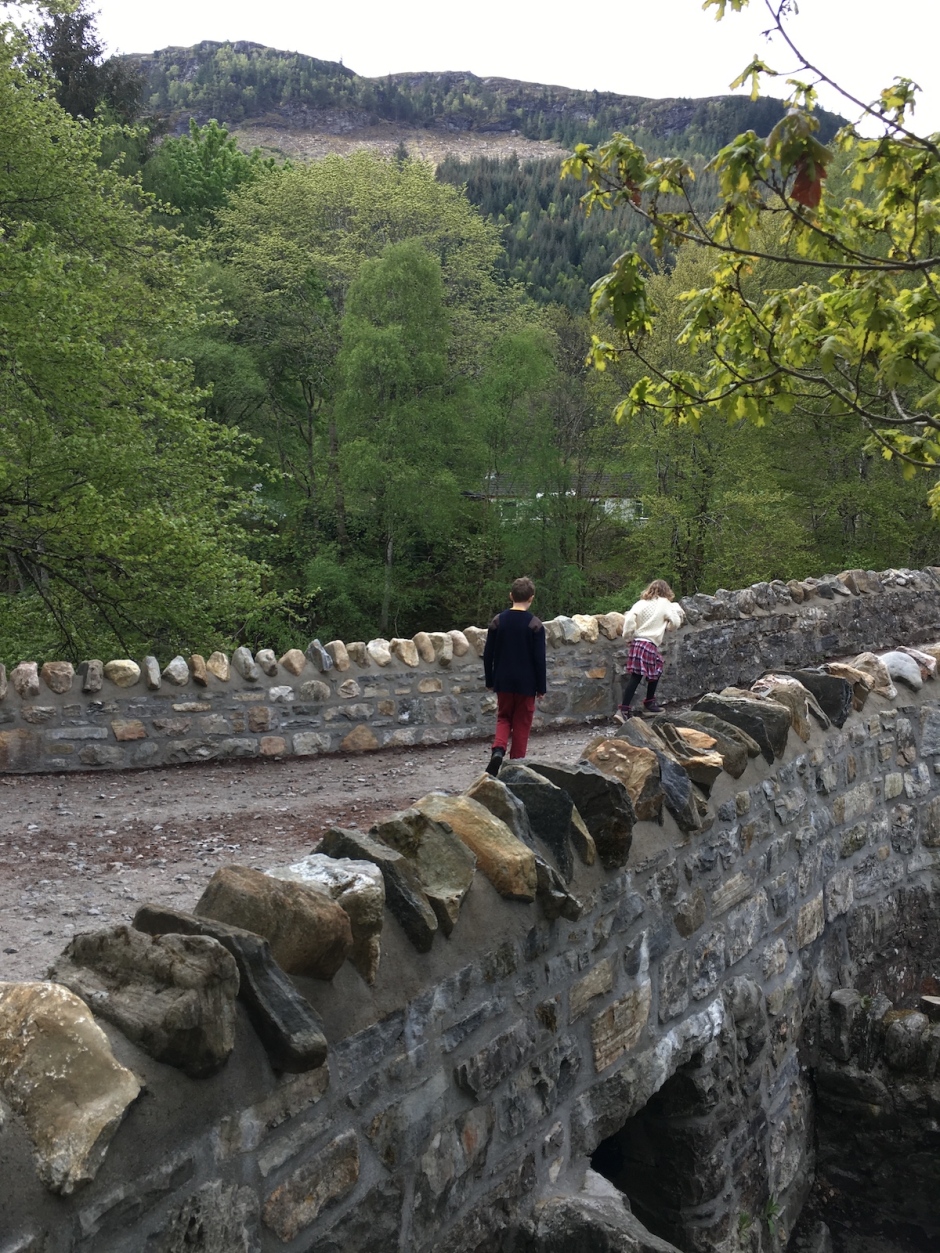 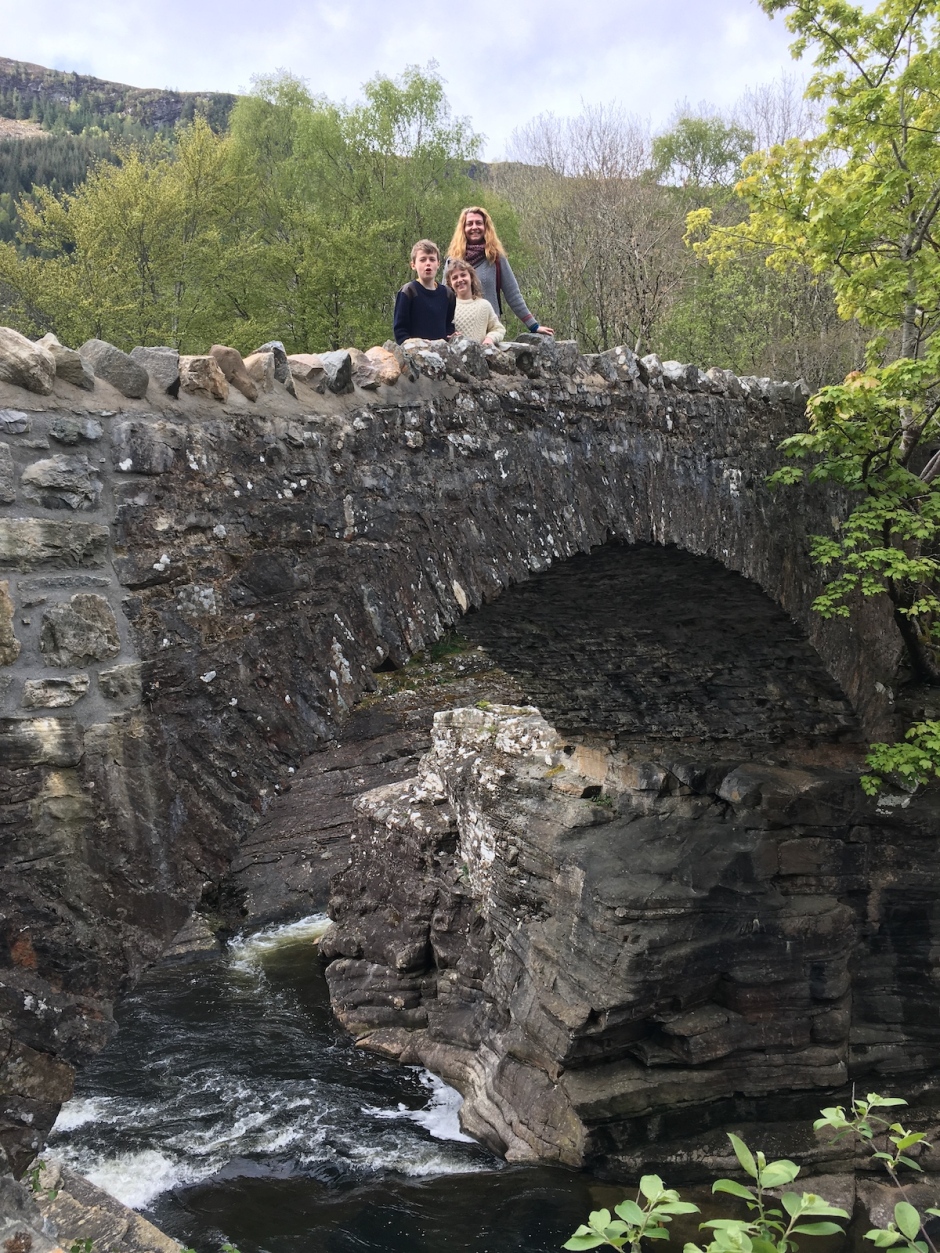 There’s a lovely short walk you can do beside the river. Perhaps this is where the Loch Ness Tickular came from because I sat on this tree root for a photo. It looks just like a seat. 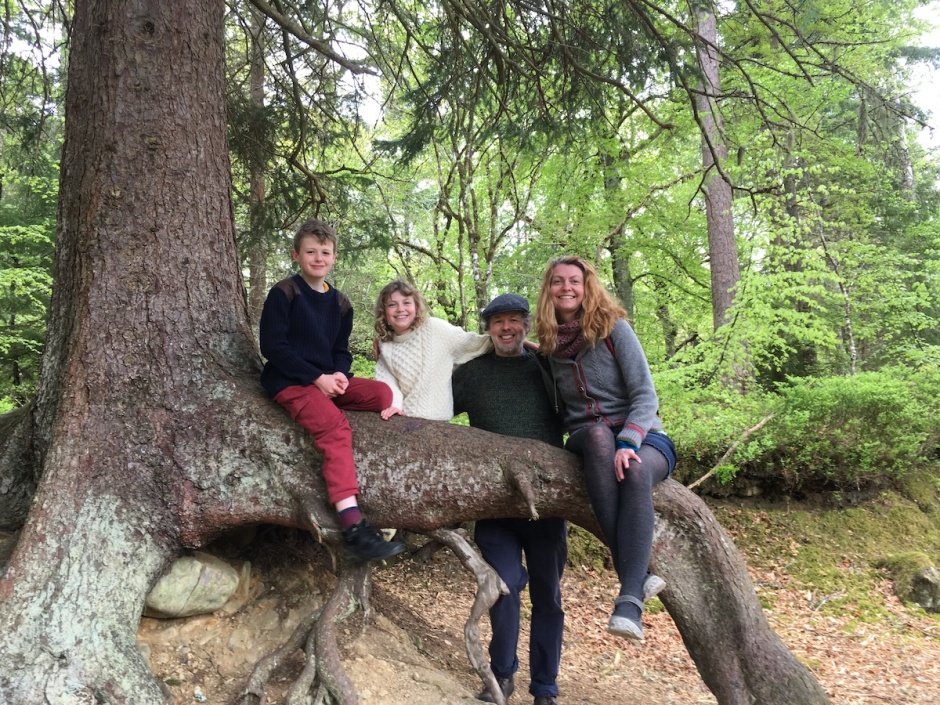 Also beside Loch Ness is Urquhart Castle which we visited back in 2015.