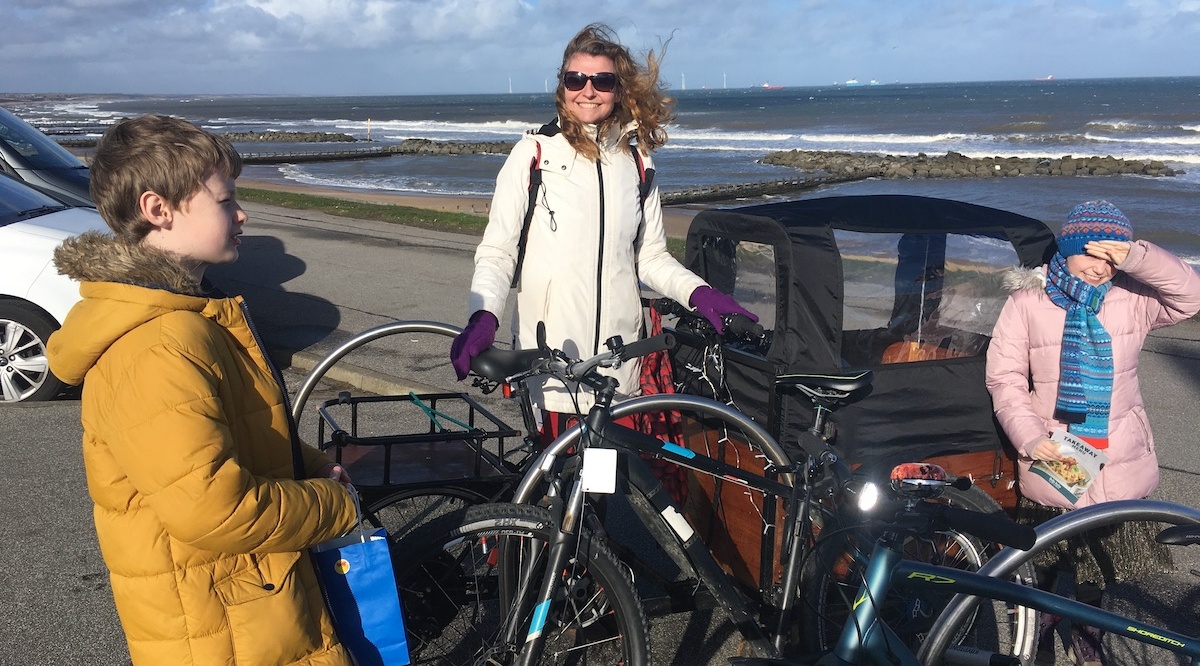 Daniel was invited to a birthday party today and much to my disappointment it was at a trampoline place by the beach. I dislike going to the beach in Aberdeen for two reason – 1) It’s a bugger to get to by bike. There’s no good route and I’m always stressed and worried about large motorised vehicles running us over.
2) I love Aberdeen and think it’s a beautiful city but the beach is ugly. There’s not a single tree in sight, the oil industry has erected numerous ugly structure there, and it’s full of soulless arcades that consume all the cash in your wallet.

But Daniel had a lovely time.

We managed to get there without being killed by motor vehicles and I felt invigorated as always by the exercise. It was incredibly windy and a couple of times I thought the wind might lift Hoss’s rain tent and carry us into the air. It felt a bit like having a sail on my bike. Being on three wheels and having the electric assist made it easy for me. 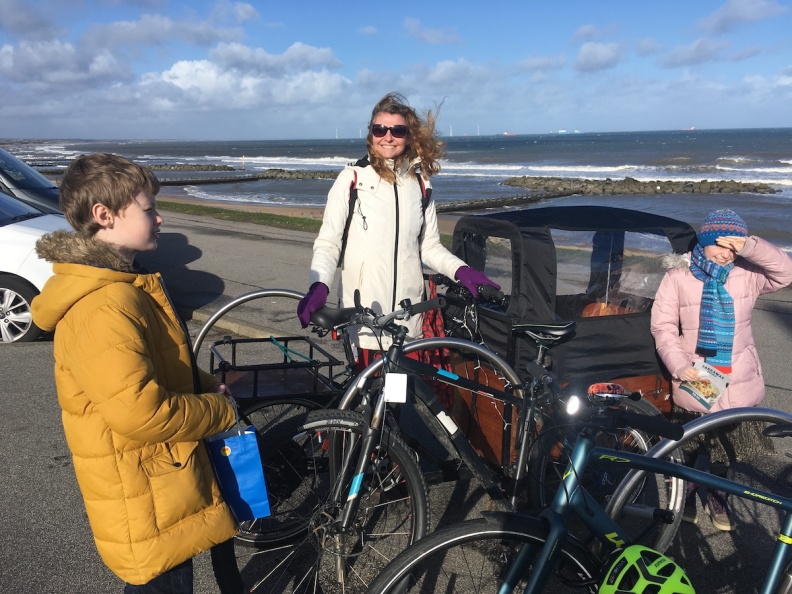 While Daniel was at the party the three of us went to an Italian chain restaurant called Bella Italia. I was impressed to see they had a vegan menu. So many places have vegan menus now. It seems like just a couple of years ago when I was lucky to find one thing; now I get a menu with lots of options. I got the vegan burger made with cannellini beans. 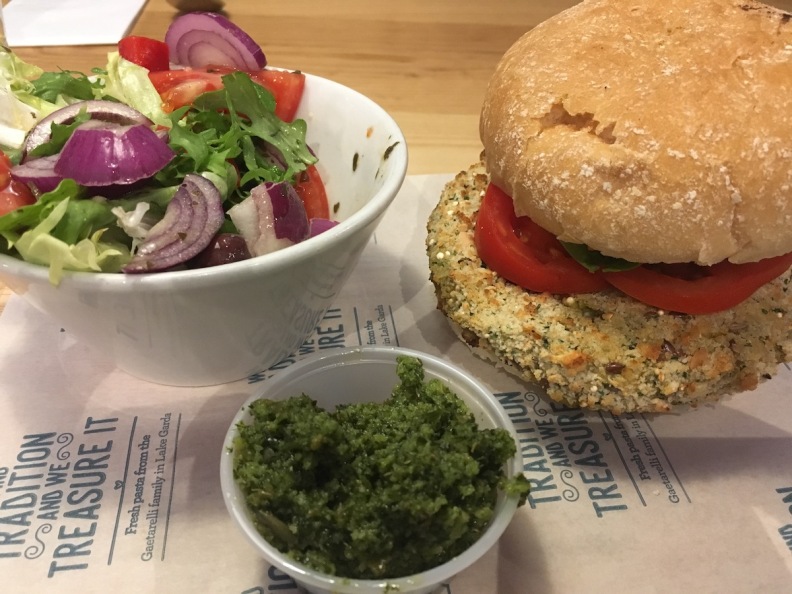 It was delicious but I do have two complaints and these are not specific to Bella Italia. It applies to pretty much every restaurant. Why are they still serving white bread? Doctors have been telling us for decades to eat whole grains. When we turn whole grains into refined grains we remove the germ and bran from the wheat. This is where all the goodness is and is exactly the bit we should be eating. When we remove it we also remove the fibre, essential vitamins, protein, and trace minerals. We should not be buying or eating white bread, white flour, or white rice and yet go out to a restaurant and you’ll often have no choice.

My other complaint is the amount of oil they use. Since I’ve starting cooking exclusively from Dr Gregor’s How Not to Die book I don’t use any refined oils. I only use them now in baking. It’s true that your tastes change because the salad and the green stuff on my plate were both coated in oil and I’m no longer used to that. I prefer my salads fresh and crunchy rather than slippery and salty. That said, I still ate everything on my plate. I think Dr Gregor should open a restaurant chain.

For desert I had a vegan cheesecake. I doubt this was very healthy. Anything with sugar in it is bad for you but it was delicious. I think it was made with silken tofu. I would buy it again. 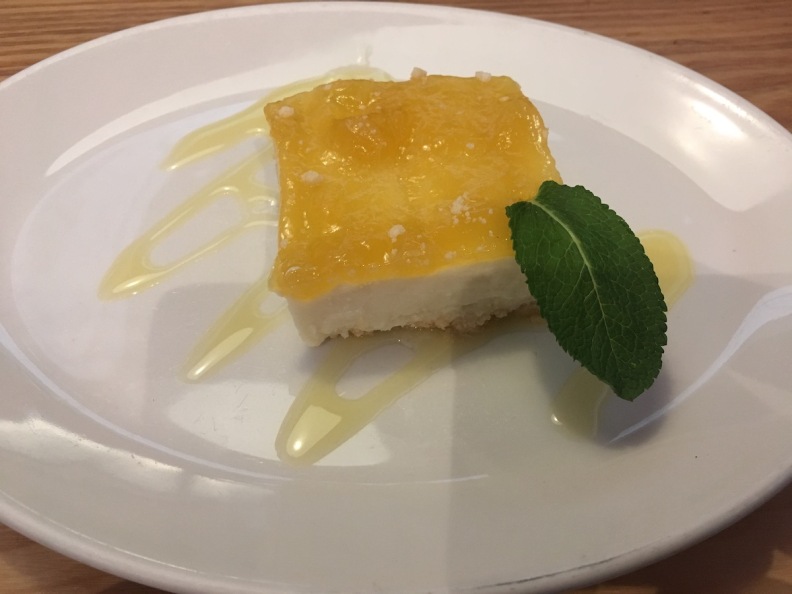 A few days ago Gordon Ramsay told Piers Morgan to go and fuck himself after he criticised the vegan roast Ramsay produced for his London restaurant. Gordon Ramsay has always been hostile towards veganism so this is an astonishing development. To see him not only producing vegan food but also defending it means veganism is truly mainstream. The vegan roast looks yummy!

3 Replies to “Aberdeen’s beach and veganism is mainstream”