I like to think I’m not at all interested in the Royal family because we Australians are not known for our deference to royalty or to people with titles and money. Jack’s as good as his master, as the saying goes, and it’s what I think and live by. But, and there is a but, I was more than a little bit excited to see The Queen in Braemar this year and I’ve eagerly watched every episode of The Crown and am now awaiting the next instalment. I’ve also followed the latest Royal/celebrity news – the upcoming nuptials of Harry and Meghan – with great interest.

Harry and Meghan’s relationship and upcoming wedding demonstrate just how much the Royal family has changed over the last hundred years. Meghan is a North American divorcee and the last time a member of the Royal family married a North American divorcee King Edward VIII was forced to give up his throne. It was thought to be immoral and irreligious at that time to marry a divorced person whose previous spouse was still alive. King Edward’s love interest, Wallis Simpson, had been married twice before. Edward was banished from Britain and his brother, George, became King. George was succeeded by Elizabeth who is still Queen today.

I’m so pleased the royal family no longer frowns upon marriage to divorcees. It’s a silly rule which only causes harm. I always think that when trying to decide whether something is right or wrong then the question to ask is whether anyone is harmed by the action and two consenting adults who love each other getting married harms no one at all.

I’m cautiously optimistic that Meghan will encourage other good changes in the Royal household. I read in the tabloids (so this may not be true) that Harry ditched his regular Boxing Day hunt this year because Meghan is an “animal-lover” and disapproves of hunting. One paper even described her as an animal rights campaigner. I can’t find any evidence of this online other than her encouraging people to adopt dogs from pounds rather than from puppy farms. This is definitely a good cause but not what I would describe as campaigning for animal rights. Someone who campaigns for animal rights, I would have thought, would argue for the right to life and the right to freedom from exploitation, neither of which is granted to factory farmed animals. Meghan, as far as I’m aware, is not a vegan.

The Crown TV series is an historical drama which starts just before the death of King George VI, Elizabeth’s father, and then follows Elizabeth’s life as Queen from the coronation onwards. There’s a lot of factual history in it like the Suez crisis of 1956 and the London Fog of 1952. It also follows Elizabeth’s personal life including her relationship with her husband, Philip. No-one but the Queen herself can say how true the personal stories are and I sometimes wonder what she must think of it. It’s strange to watch an historical drama when the main characters in it are all still alive. Nevertheless she’s depicted as a fair and kind woman so I can’t imagine she’d have any major complaints.

One thing that did disappoint me when I saw the Royal family in Braemar this year was how they turned up in Bentleys. At least I think they were Bentleys. Either Bentleys or Jaguars so it doesn’t make much difference. They’re both ridiculously extravagant fuel-guzzling monstrosities. Why can’t they set a good example and arrive in a modest electric or hybrid car? And instead of Range Rovers in London (I’m looking at you Kate and Will) how about taking a leaf out of Princess Mary’s book and getting on a bicycle instead? 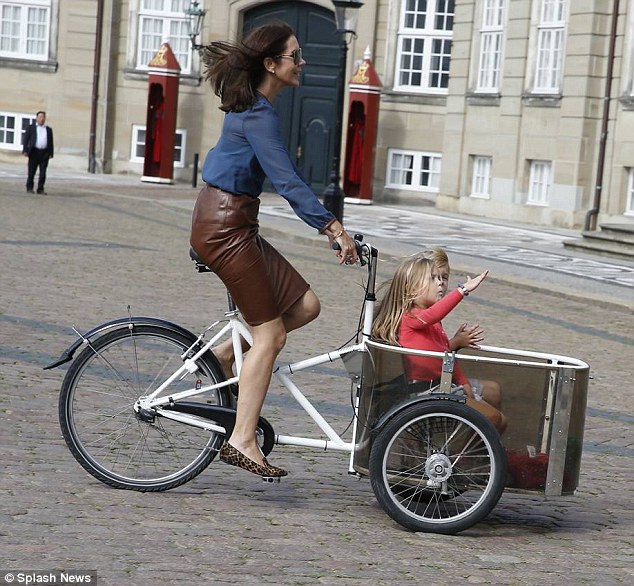 If Megan can bring bikes, electric cars, and vegan food to the Royal family I’ll be her biggest fan ever. Perhaps I’m being too optimistic.