It’s hard not to feel a bit of schadenfreude about the situation Theresa May has created for herself. When she first became prime minister about one year ago I was cautiously hopeful. I didn’t know anything about her and it was a relief just to have someone in charge because for a short period we had no leader at all. I particularly enjoyed this cartoon that appeared in Private Eye at that time: 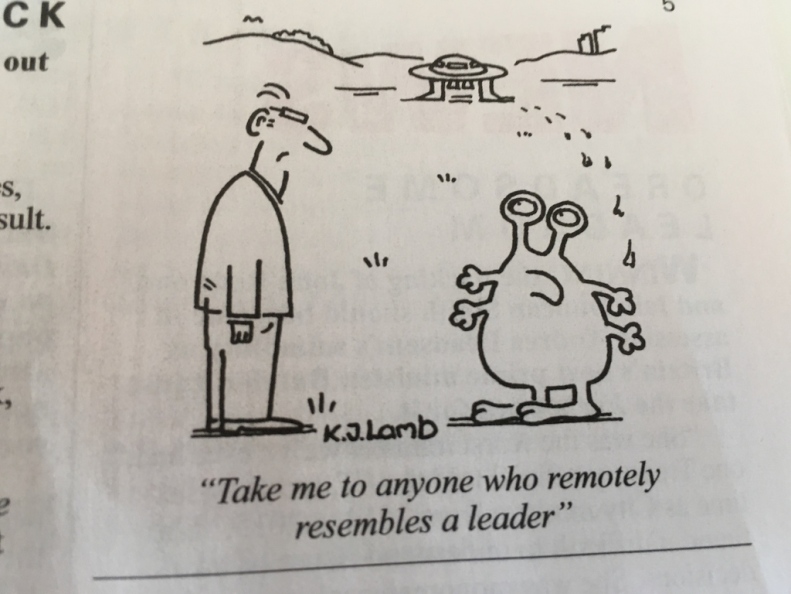 When we eventually had a Prime Minister again everyone heaved a sigh of relief. Theresa May then gave a speech about creating a Britain that “works for everyone”.

Fast-forward one year and she called an election promoting policies that favour fox hunters and antique dealers which is not exactly a Britain that works for everyone. When a nurse who had not received a pay rise in 8 years confronted her on live tv her response was that there’s “no magic money tree” which is heartless and condescending to say the least. She also claimed to offer stable and strong leadership through Brexit negotiations but has yet to reveal what these Brexit plans are. If they’re as poor as her election manifesto, which was, to quote George Osborne, “one of the worst in history“, then we’re in trouble. I’m not surprised she lost her majority; I’m surprised that anyone voted for her at all.

Jeremy Corbyn, on the other hand, is offering policies that do work for everyone. I am 100% supportive of renationalising the railways. I saw what happened in New Zealand when the national rail network was sold off to an Australian company. They sucked it dry and ran it into the ground. Now there’s practically no rail network in New Zealand at all. Many countries have nationalised rail networks like Germany, France, and Italy. It’s really not very extreme.

It’s outrageous that nurses have not had a pay rise since 2009. We all need nurses. And then there’s the 20,000 fewer police officers on our streets thanks to cuts by the Conservatives.

What’s next? Some say there’ll be another election. I would vote every day for the next 6 months if it meant getting rid of Theresa May. Maybe she’ll resign? What has become crystal clear is that she’s the worst possible person to negotiate a Brexit deal with Europe. Theresa May lacks self-awareness, critical thinking ability, and seems to think the best negotiating strategy is to piss the other side off as much as possible. I rather like Victor Venema‘s advice to the British government which is to approach negotiations from a friendly and communicative position and Jeremy Corbyn is much better suited to this role.

Here are some of my favourite Tweets from the past week:

Dear Theresa, it's not the number of MPs that counts it's how you use them. You have to do more with less that's all 😂👏👍

Theresa May spent £100 million of public money to reduce her own majority.
Still, I reckon she'll do a good job negotiating Brexit.

11 Replies to “Take me to your leader”