Last night we went out for a pub meal at The Justice Mill on Union St in Aberdeen. It’s part of a pub chain in the UK called Wetherspoon; I like it because there are several options for me to eat and it’s cheap. They even have a menu especially for vegans and vegetarians – eat your heart out Spain.

I usually get the sweet potato and chick pea curry which is delicious. 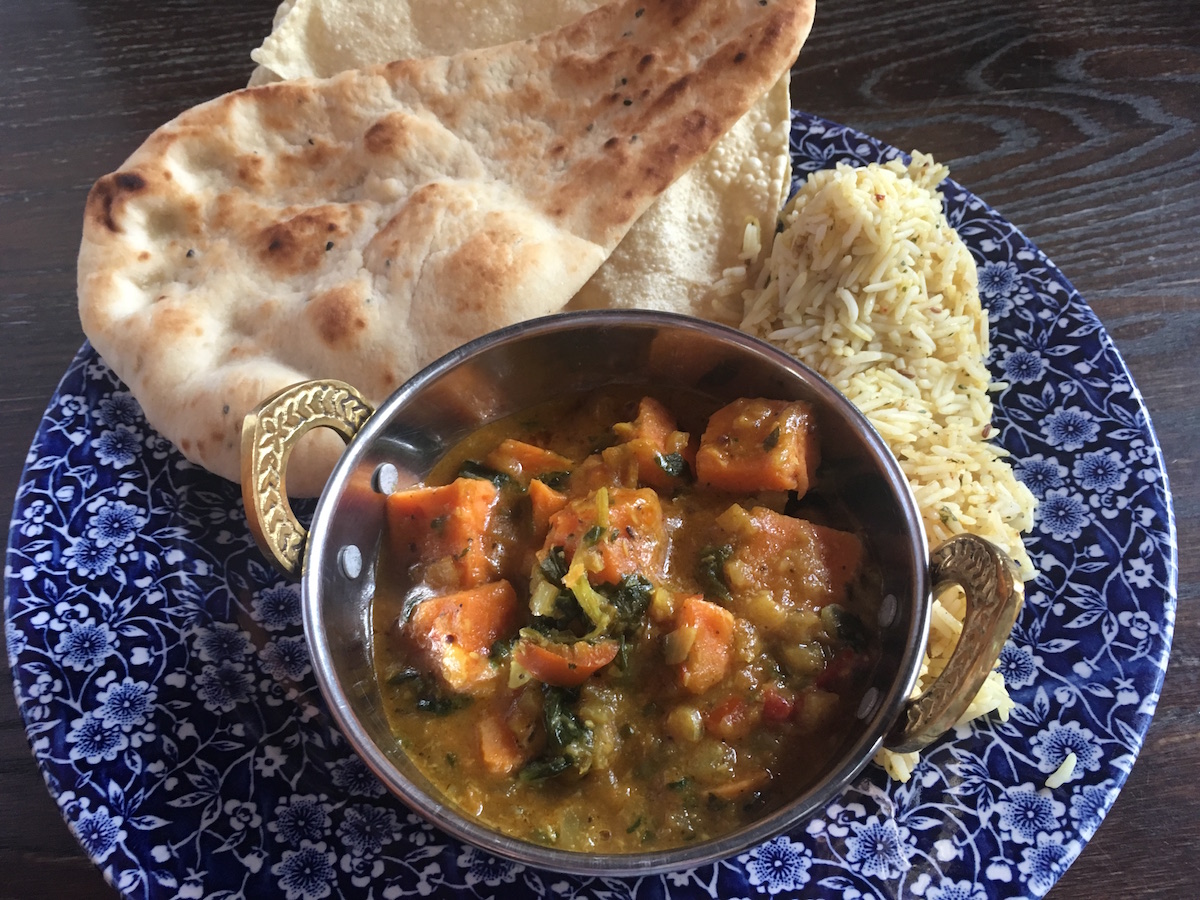 Last week on BBC Radio 4’s Farming Today programme were several episodes (here and here) about veganism. Some people think the rise of veganism is a threat to British farming but vegans still have to eat and unfortunately many of the staples we rely on like soya beans, lentils, and chickpeas, are grown elsewhere and imported. The BBC program was about how this represents a business opportunity for British farmers and indeed some are starting to recognise it and experiment with new crops. Soya beans are now grown in the UK, although only in small amounts and most are fed to livestock. They also mentioned lentils and I found this article about lentils growing in Suffolk. I’m very excited to hear about this and since vegans also tend to be concerned about the environment, I imagine the market for home-grown produce will be lucrative.

Some funny news: apparently a vegan strip club and a steak house are engaged in an altercation. They’re right next to each other in Portland, Oregon and the steak house is not happy about the vegans next door.