I managed to clock up over 12,000 steps on my Fitbit yesterday while sitting on my butt. It’s not like the last time I boasted about doing exercise without doing any exercise – last time I really did exercise, thanks to active travel. However yesterday we used the car-club car to get around and so I was puzzled when my Fitbit notified me I’d done 10,000 steps. Aside from one short walk of about 20 minutes, I did nothing. It was Daniel who figured it out. I’d spent the day sitting in the audience watching children recite Scottish poetry and clapping. The Fitbit counted my clapping as steps. This is the problem with the Fitbit – cycling counts for nothing while clapping counts as steps.

Yesterday was a long day. Both children competed in the Robert Burns World Federation North-East Scotland Festival. Elizabeth’s age group was in the morning while Daniel’s was in the afternoon which meant we were there from 9:30am until 4:30pm. It was all Scottish poetry, mostly Robert Burns, and all the competitors did so well. Indeed, the accents and pronunciation were so good I had problems understanding much of it. Elizabeth and Daniel were both very nervous but did superbly! They each ended up coming third in their groups and getting a bronze medal.

The children were very chuffed to come third. Daniel has come so far. When we moved to Scotland and Daniel had to learn his first Robert Burns poem there were so many arguments about why and how. We practically had to pull his fingernails off to get him to even try. Now he learns them without any prompting or persuading from us and his poem this year was hard.

All the competitors received a certificate on the day and I could see how important this recognition was for all of them. The standing up in front of a large audience, the applause at the end, the certificate – it’s not just about learning the poem, it’s a valuable experience and the recognition they receive for their hard work is motivating and encouraging.

After the poetry we had about an hour at home before Elizabeth’s final Highland Dance performance. Poor Elizabeth! I don’t know how she did it all – so much in one day. But she was amazing. 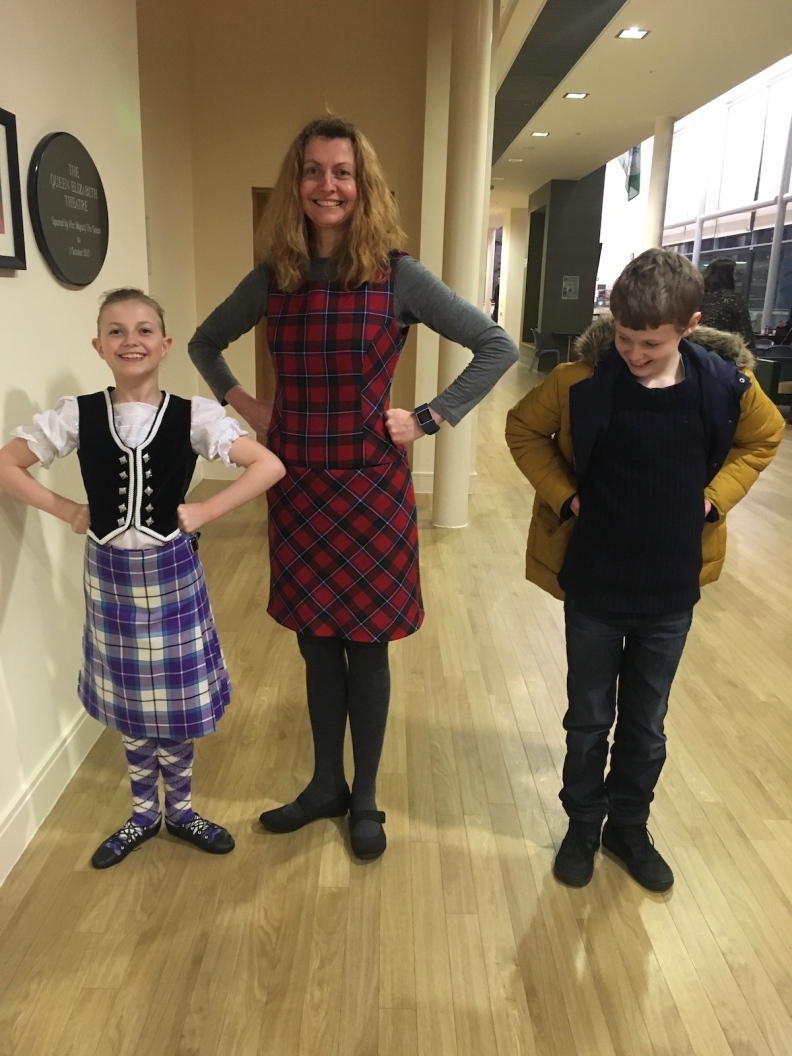 The Highland Dance show was terrific. I finally got to see it on the last night and there were over 150 dancers ranging in age from 4 to adult. The tiny ones were so cute! I have nothing but admiration for the Sinclair School of Highland Dance and how it is run. They put on a grand show with three performances, in a fantastic venue, while also raising £4,000 for charity. The tickets were reasonably priced too which made it accessible for everyone. I feel very fortunate to have been a small part of it.

It was a very Scottish day yesterday which got me thinking about how well Scotland celebrates and values its cultural heritage. That said, I think more could be done to preserve indigenous languages like Scottish Gaelic. It should be compulsory in schools here and if not Scottish Gaelic, then whatever is spoken in the region, which, for Aberdeenshire, is Doric.