Last week, on behalf of the Aberdeen Cycle Forum, I launched a design competition for a cycle path on King Street in Aberdeen. Out of all the cities in Scotland, Aberdeen was the only one not to apply for Sustrans Community Links Plus funding this year which is specifically for infrastructure projects like this. The funding is 100% for design and 50% for construction but only the city council can apply. What can we do if they don’t apply? We can’t force them to submit an application and my many emails to the council over the years haven’t helped.

King Street is long, wide, reasonably flat, congested and polluted; a perfect place for a bike path. But if the city council won’t apply for funding for a new design then we have to come up with a design ourselves, and what better way to do that than to have a competition! The King Street bike path competition is open for entries until the 15th February 2019. We’re inviting designs from people all over the world to inspire our local authority into action to truly encourage active travel and bring our city into the 21st century.

This campaign builds on the petition for a bike path on Union Street because King Street eventually meets up with Union Street at one end. This would create a fully connected network from the University of Aberdeen, down King Street, Union Street, all the way to Holburn Street. From here it’s not far to the Deeside Way.

The submitted designs will be showcased on our website and handed over to the council. I realise we can’t force them to create the designs but what it will do is inspire the community and give people hope. People will see what kind of infrastructure we could have and start putting pressure on the council. Without these visual aids it’s hard to imagine any other alternative.

It’s in the paper today in print and also online – Calls for cycle path on Aberdeen’s King Street: 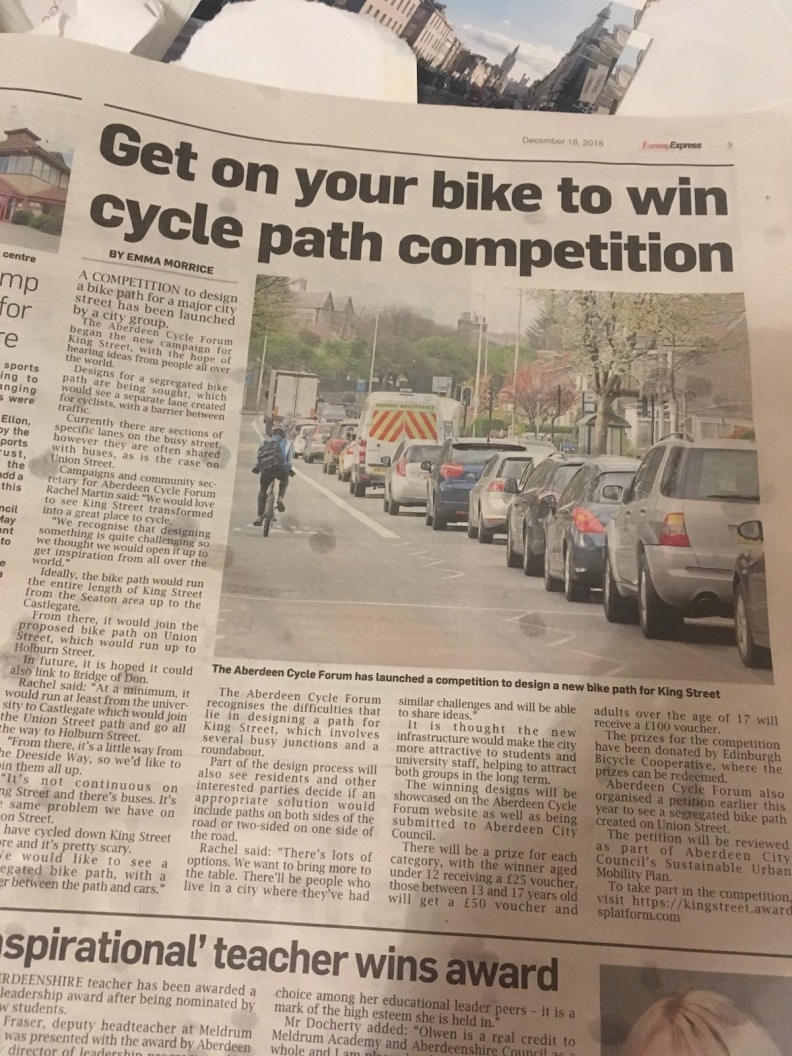