Crying through My Fair Lady and Hoss

I think I have a name for my new bike: Hoss. People under 40 probably won’t understand the reference. It’s even old for me except that I watched too much TV as a child. I blame my older sister: she was a TV addict and refused to play with me.

We couldn’t have survived without Hoss yesterday. The kids were performing in their drama class theatre production of My Fair Lady and had a matinee at 2:30pm and then an evening show at 7:30pm. It didn’t finish until 10:30pm and I couldn’t make them walk home at that time. Elizabeth in particular was struggling to stay awake but she did and both kids performed brilliantly. We watched the matinee and although My Fair Lady is a comedy, I cried the whole way through because of the emotion of seeing Daniel and Elizabeth on stage. It was very professionally done and all the actors sang, danced, and acted beautifully. There was even a live orchestra. I was impressed. The oldest actor was 18 and the youngest 4 or 5. I took some photos of Daniel and Elizabeth in their costumes backstage.

Here they are in cockney dress: 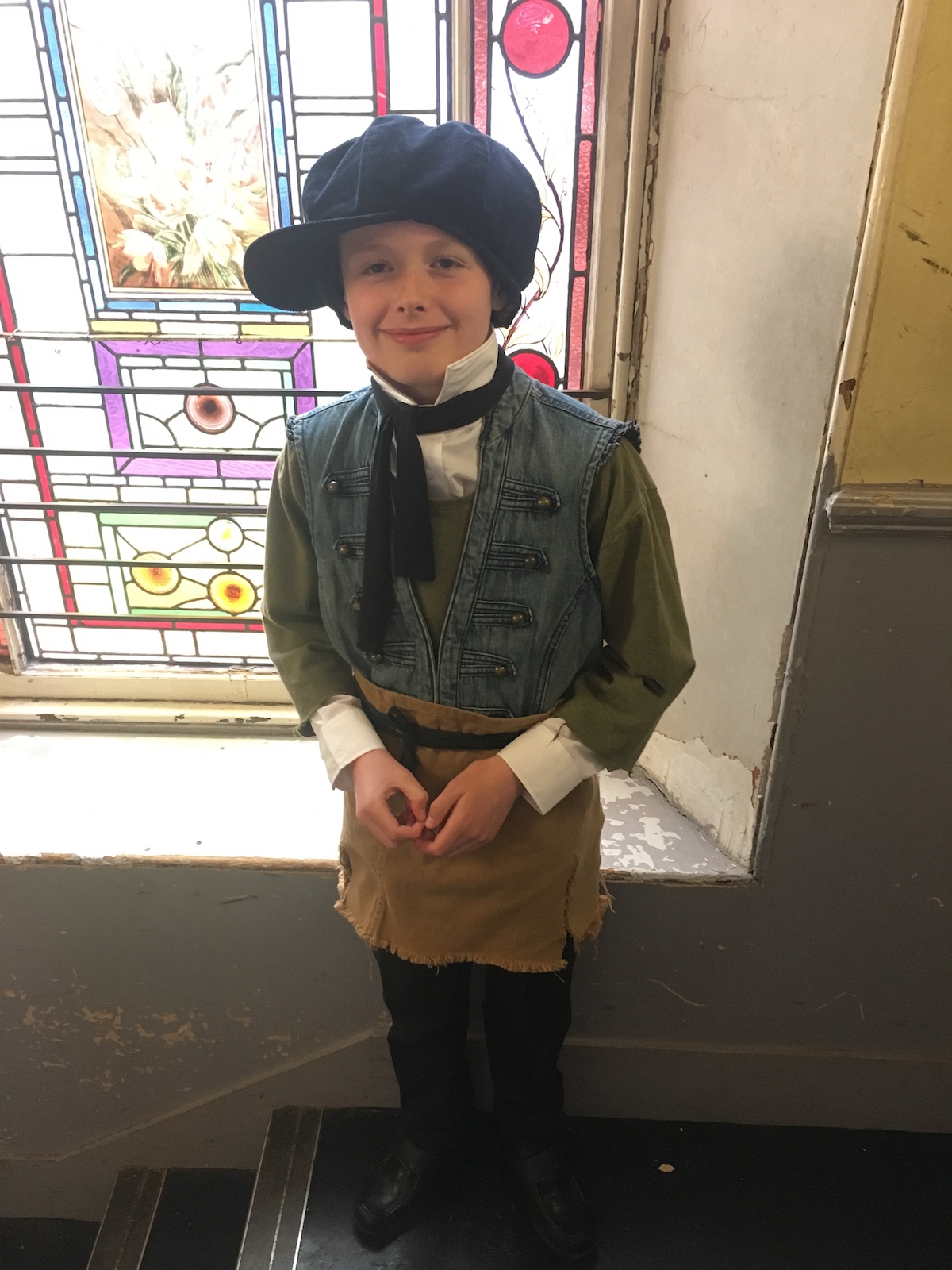 For the posh scene at Ascot: 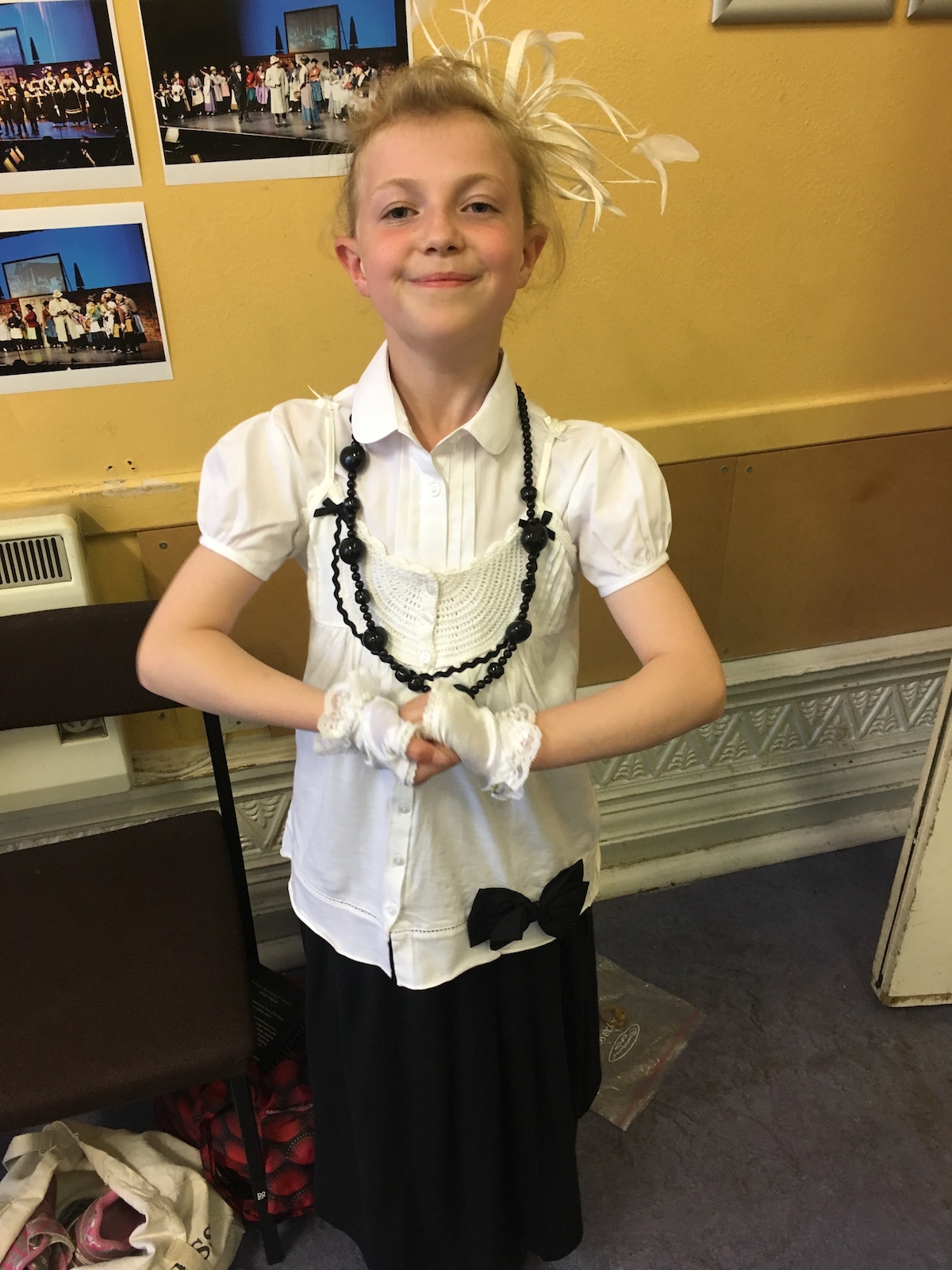 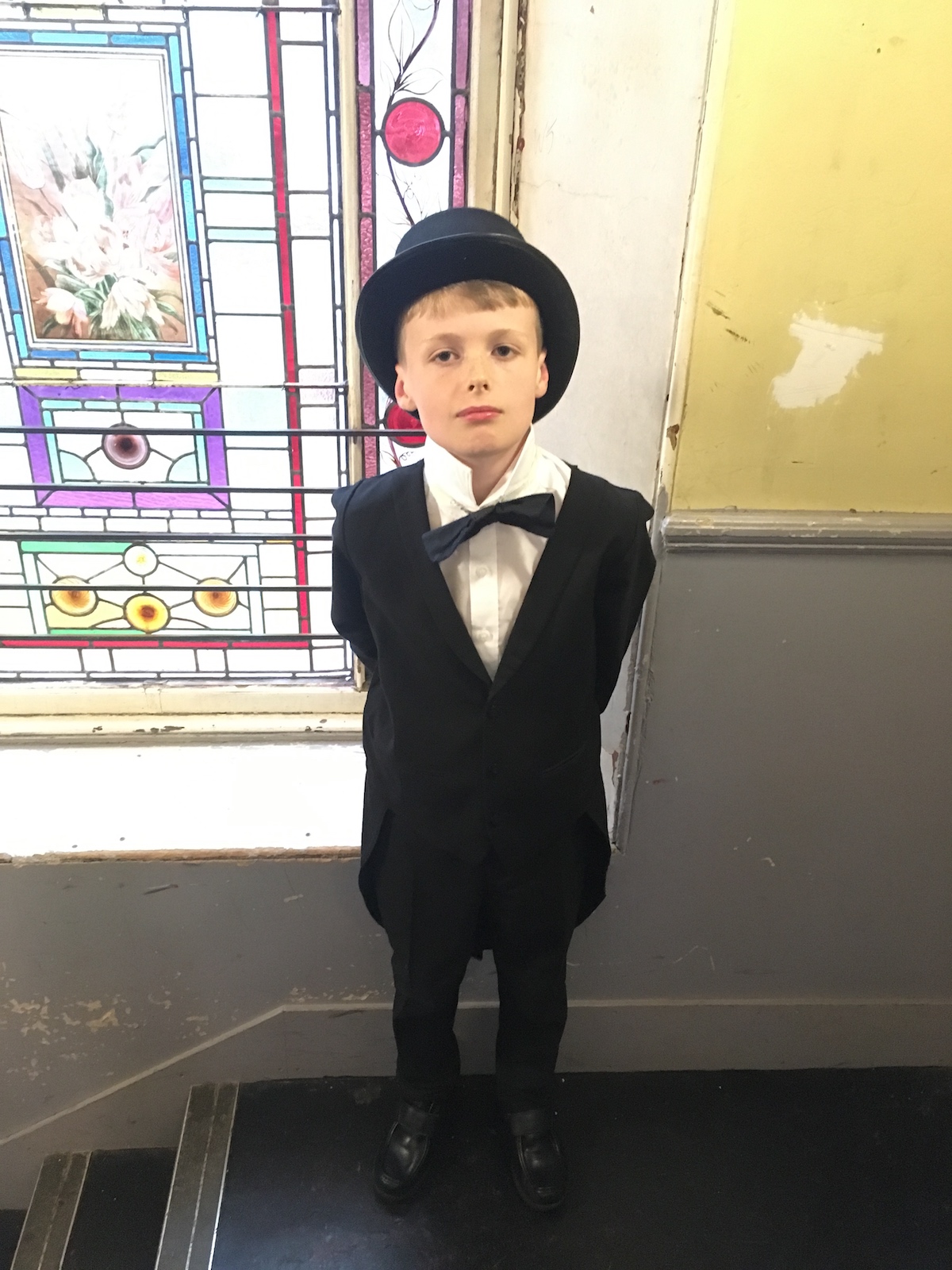 And the Assembly Ball: 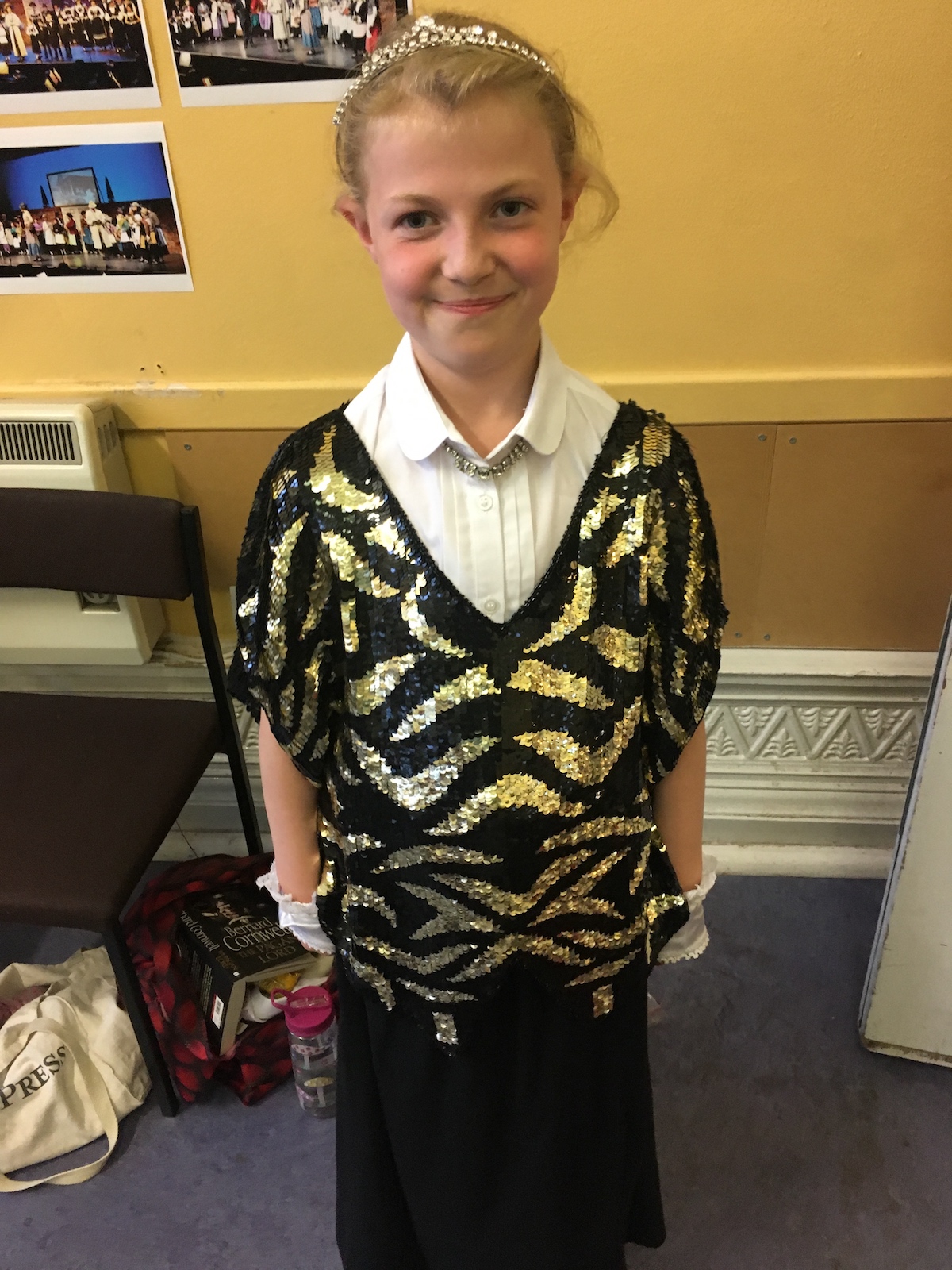 Daniel’s costume for the Assembly Ball was the same as Ascot but minus the top hat.

I’m getting better at riding Hoss. I discovered yesterday that I can start from stationary on a hill because it has a lever I can pull if I need a quick burst of power just to get going. How fantastic is that! I needn’t have cursed the car that forced me to stop my momentum part-way up a hill on Friday evening. 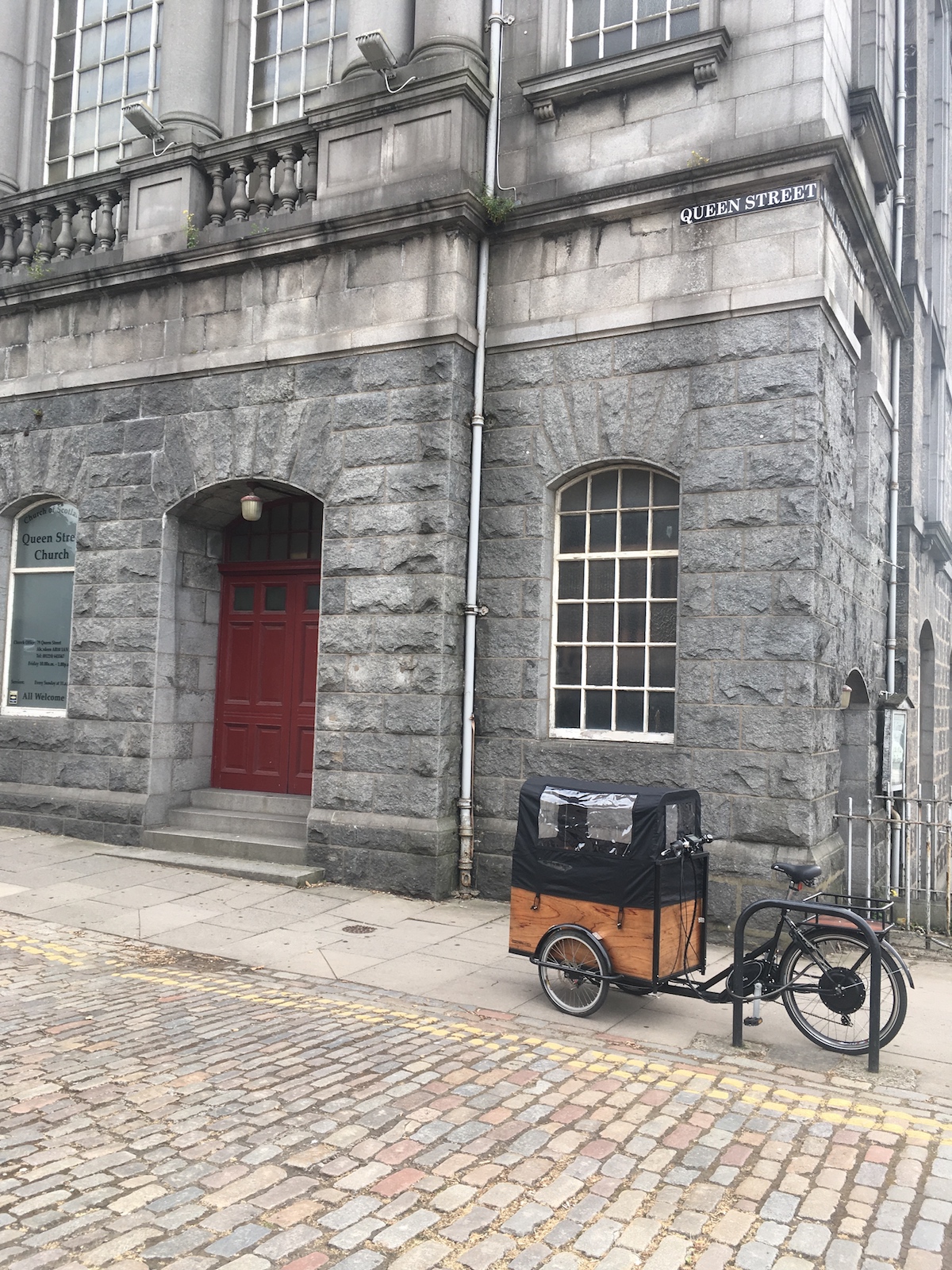 Electric assist is wonderful. It opens up options because I’m no longer restricted to reasonably flat routes. I can take hillier ones if they’re quieter because hills are no longer insurmountable. I’m also enjoying the stability of the three wheels. It’s completely different to Harald who used to tip whenever I got off the seat. Hoss always stays upright. I don’t even have to put my foot down when stopped at traffic lights.

If I want to get off and push him on foot for a bit it’s super easy and he’s even easy to swing around 180° when the kids are inside. I will never go very fast on him though. He’s not a bike for speed. I’m especially cautious going downhill because when I brake I can feel the front box wanting to jack-knife and I have to hold it steady. The fastest I’ve gone so far is about 12 miles/hour. Hoss has a little screen which tells me my speed, the battery life, how far I’ve gone, and even the temperature.

I highly recommend The Cargo Bike Company. They’re well-made bikes by Ben Johnson – who has been making bikes since he was 13 – in Derby. They’re also very affordable. Mine was second-hand and even cheaper but in perfect condition. The Scottish government just announced £1.3m in funding to be used for interest-free loans for e-bikes and e-cargo bikes. Anyone can ride this bike, especially someone who finds two wheels scary.

8 responses to “Crying through My Fair Lady and Hoss”