Elizabeth had her Highland Dance exam today and it went very well. Here she is before the exam. 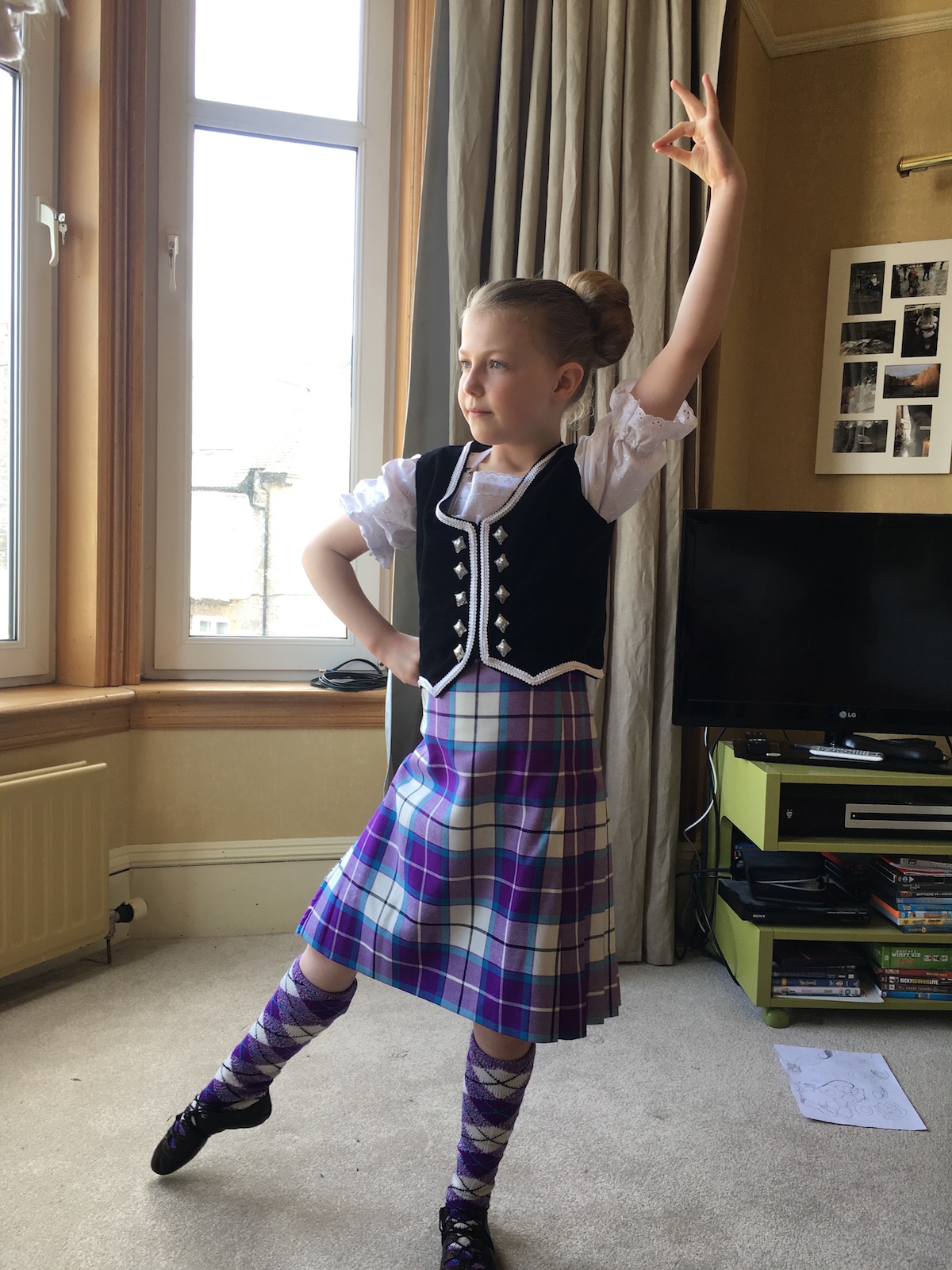 Her kilt was too long so I got some braces and hitched it up. That did the trick and meant that I didn’t have to attempt hem surgery which would have been a huge undertaking with all those pleats at the back.

Here she is after the exam looking very pleased with herself. 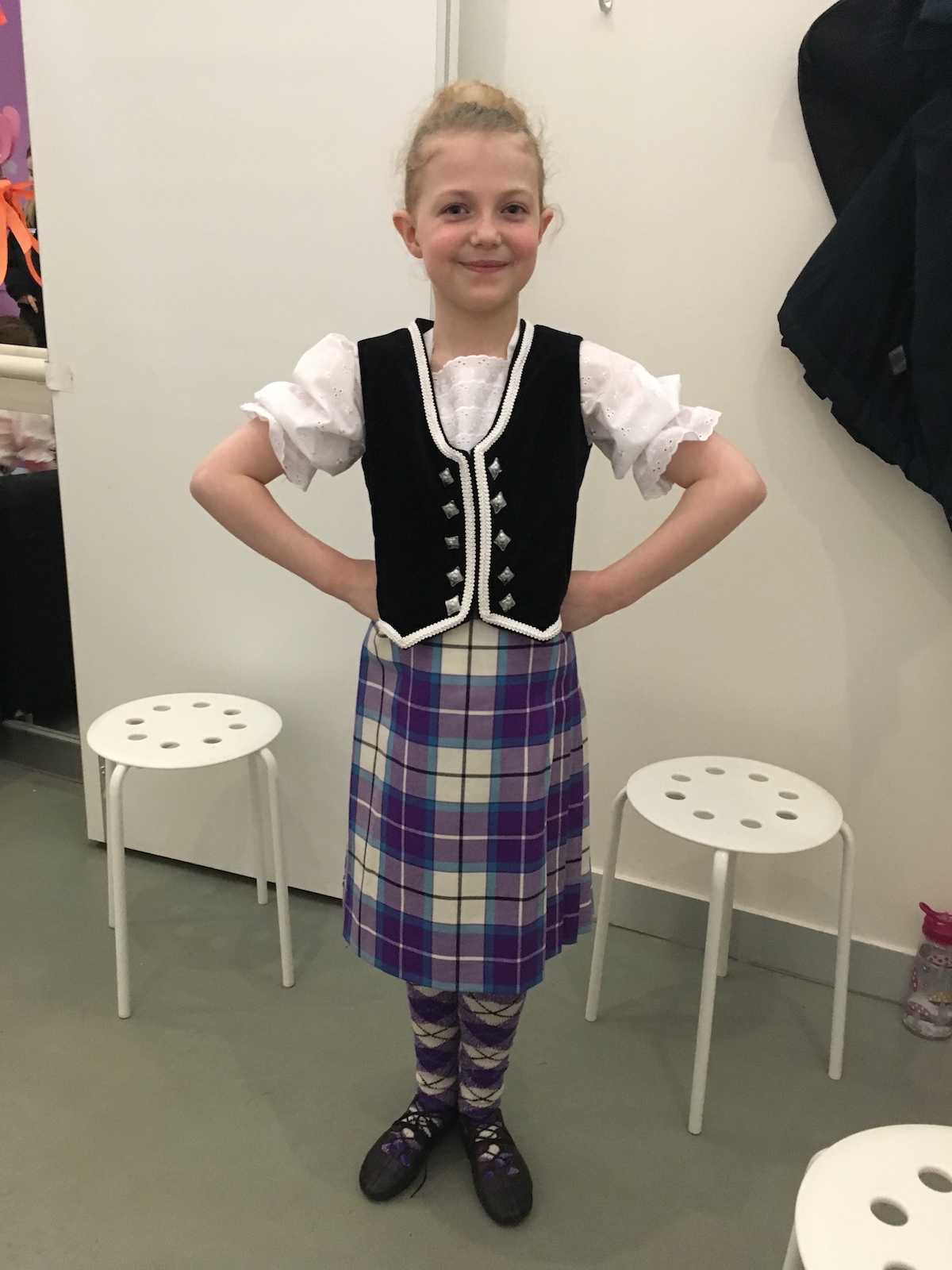 I pulled all the photos off my phone today after not having done it for a little while and I discovered Daniel had taken several photos and videos. It’s always amusing to see what children point the camera at. One of the photos was of the inside of our rubbish bin. Here’s another: 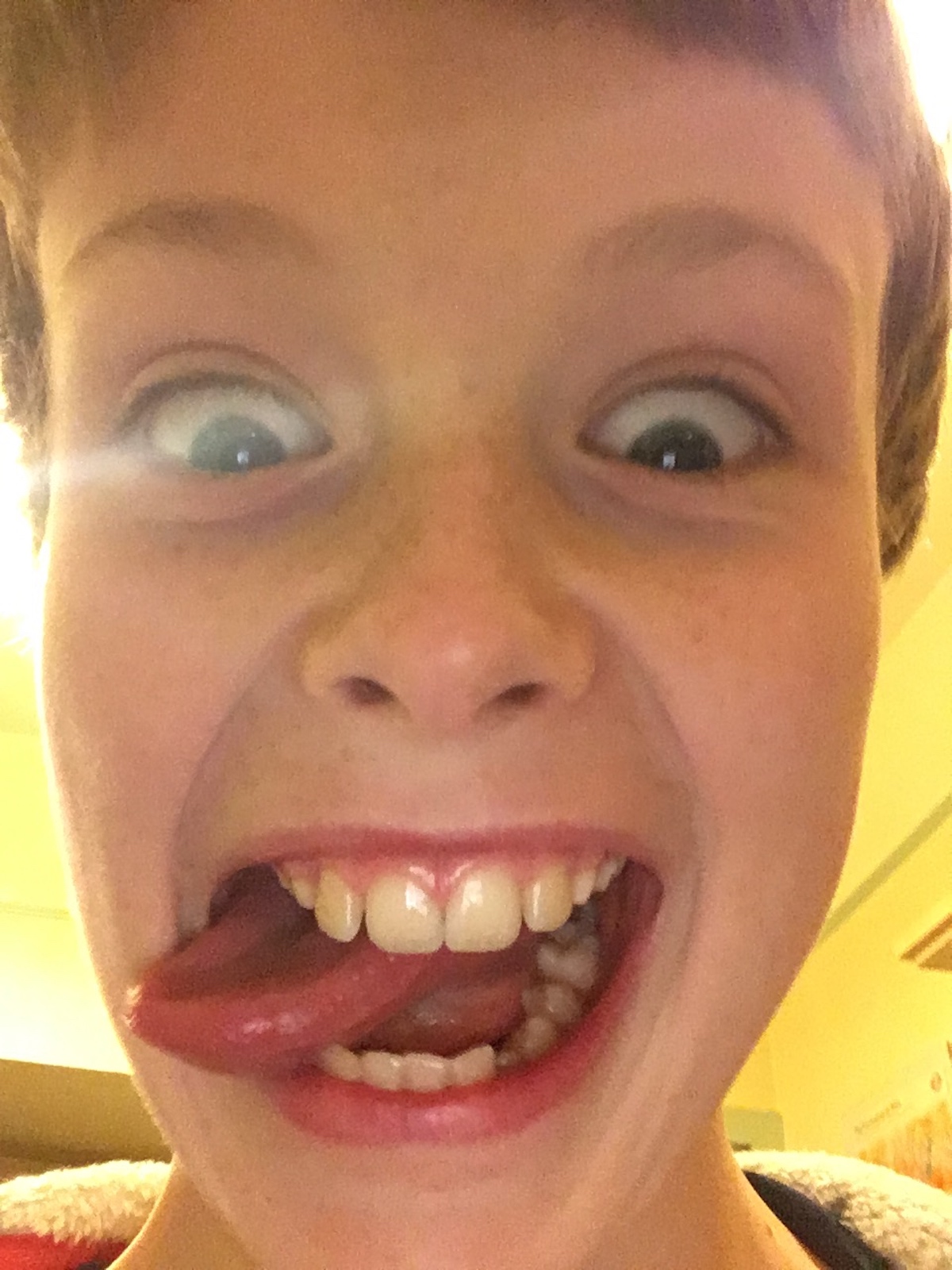 I was interested to read today about Sheffield’s tree felling rampage and in particular, Michael Gove’s attempts to stop it. Sheffield City Council has signed a 25-year contract with a private company to maintain the city’s roads and pavements. The private company has decided to fell 17,500 trees because it’s cheaper to do that than to deal with bumpy pavements caused by tree roots, and, I suspect, than maintaining the trees themselves. I wonder also whether the private company is liable should someone trip and hurt themselves on the pavement. I naturally think it’s an absolute outrage and sympathise with residents in Sheffield, especially since I mourned my own loss of trees here when the Aberdeen City Council came and felled the beautiful old copper beech trees that once graced our street. We lost beauty, elegance, and grandeur as a result and the street will never be the same. What caught my eye in the Sheffield story is Michael Gove’s objection to the tree felling. Here we have a conservative minister, Michael Gove, accusing a Northern, labour-led council of “environmental vandalism”. The Conservatives are not known for their concern for the environment and they also started the state-corporate system known as the private finance initiative which has led to this situation where a private company is felling all the city’s trees in the first place.

4 responses to “Highland dancing and trees”