Ice-skating at the Christmas markets

Sometimes life feels like Groundhog Day. Has it really been a year since we went ice-skating at the Christmas markets? We went again today and it felt like we just did this yesterday but it has been a full year.

I love ice-skating. What I like most is the physical activity without all the sweating. I also like the Christmas carols. It would be even nicer on a big frozen loch by the mountains but I’ll make do with an artificial rink in the centre of Aberdeen. 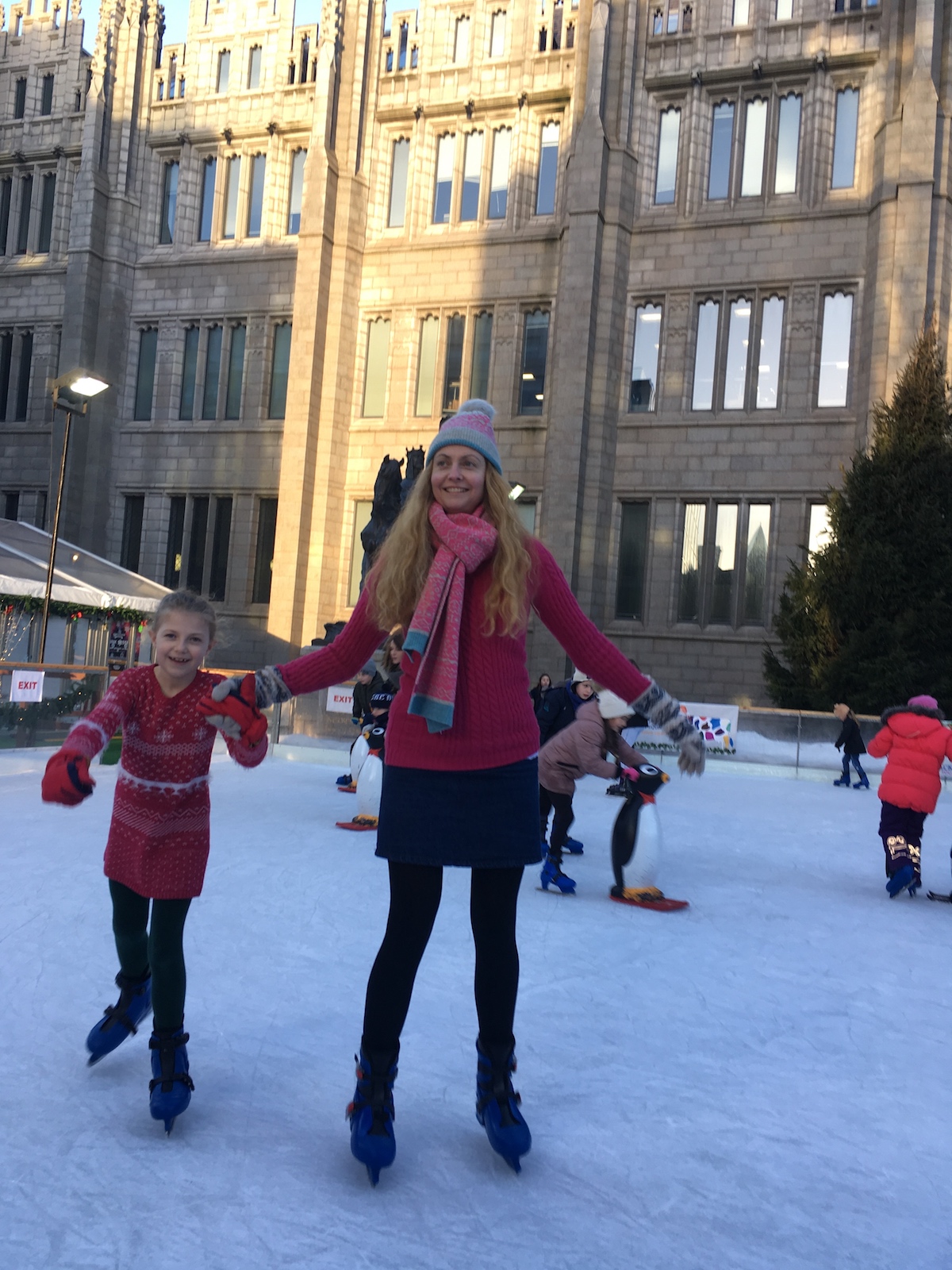 This next photo is terrific. Ben took it and he somehow managed to get both kids in the background and not a single other person. 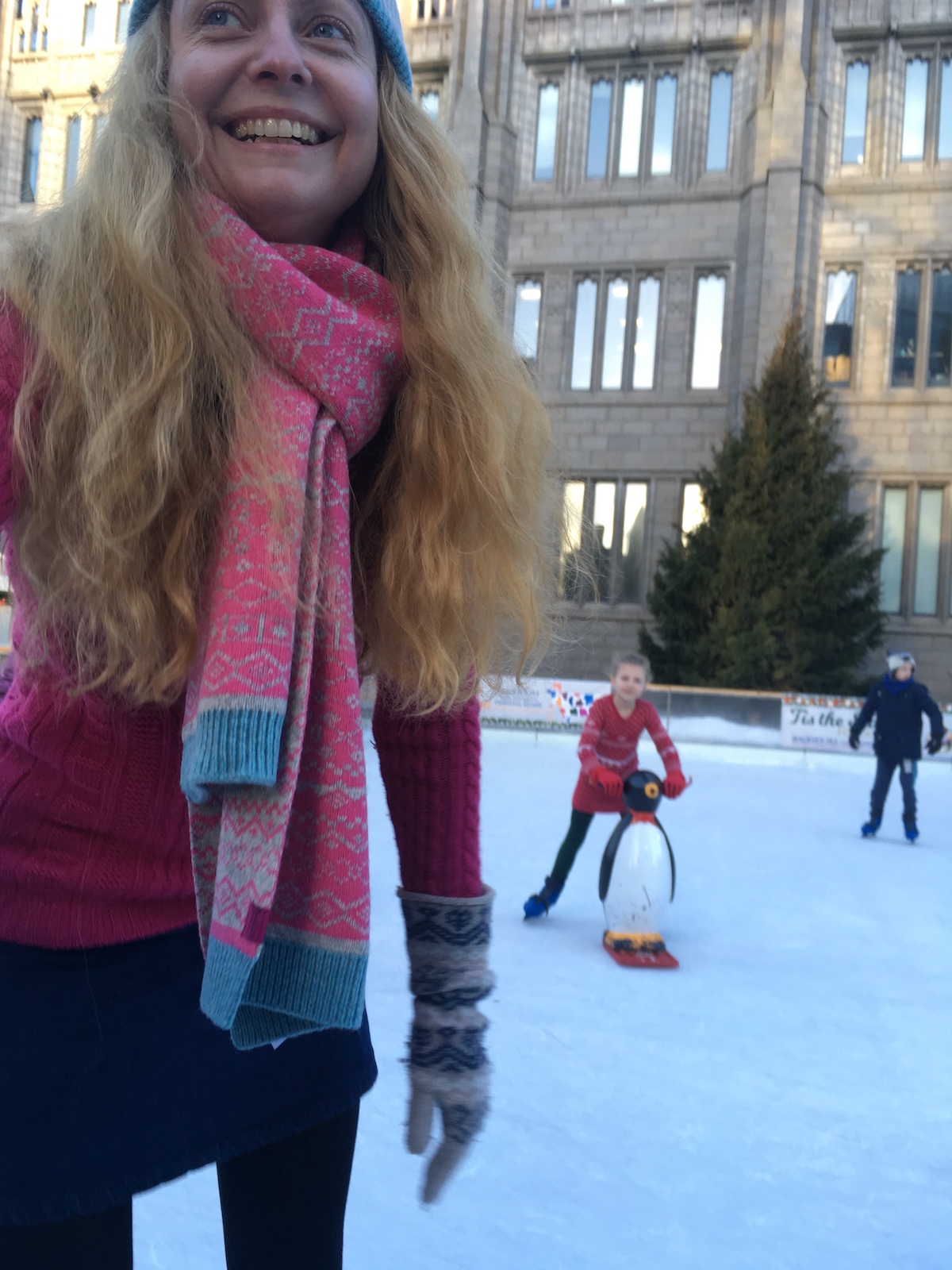 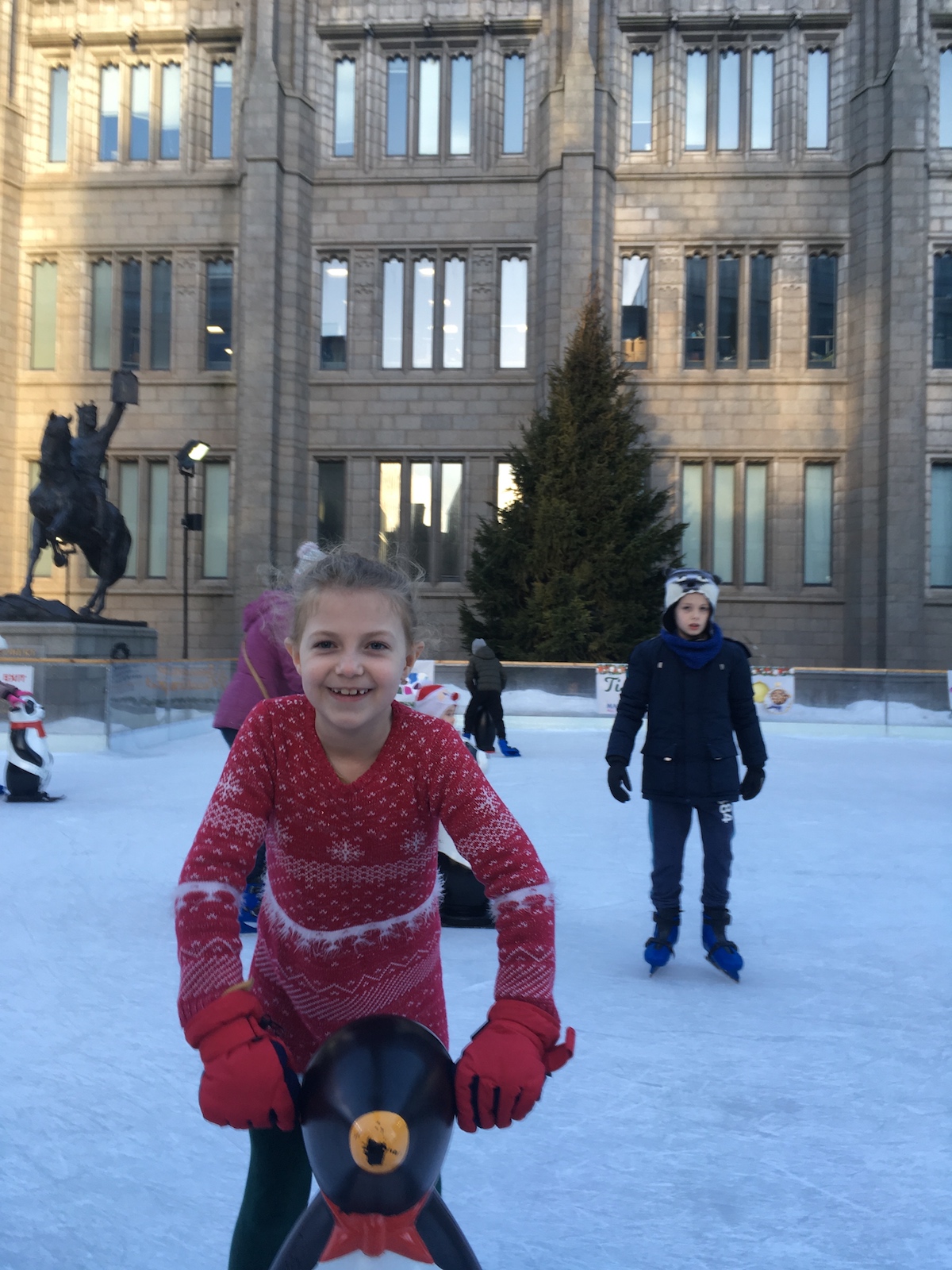 Here’s a photo of Provost Skene’s House. It was built in 1545. The building behind it was built in 2017 after much controversy. What do you think? Would it be better without that new building behind it? Or does the old with the new give it a nice contrast? I personally think it would look better with a full blue sky backdrop and the modern monstrosity removed. But that’s just me and maybe I’m old-fashioned. What do you think? 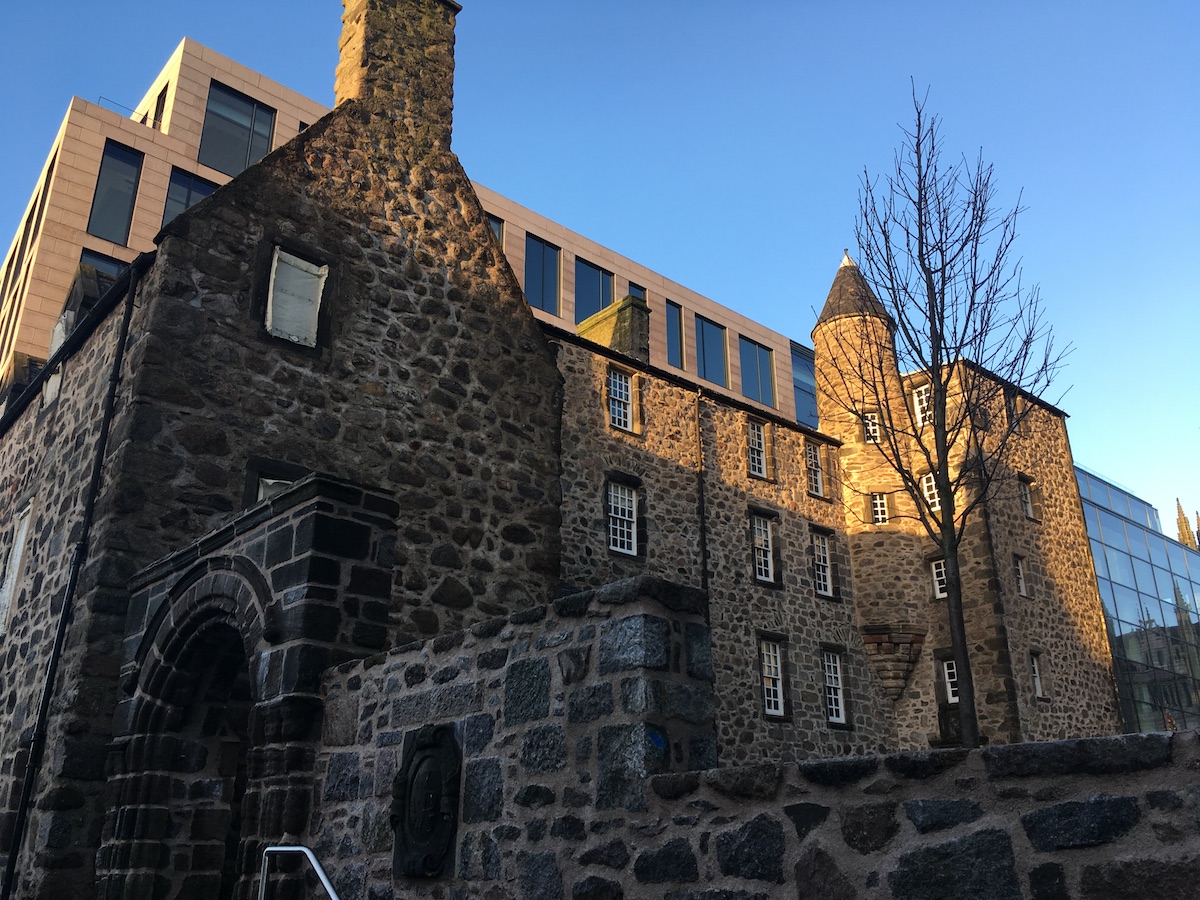 12 responses to “Ice-skating at the Christmas markets”