Next to the village of Banchory, which is about 18 miles from Aberdeen, is Scolty Hill. Desperate to get out of the house and into the countryside I suggested we go there after lunch and walk to the summit. It was a superb outing. The walk is about 1.5 hours and not too strenuous. There is a steepish section but definitely doable, even for small children. 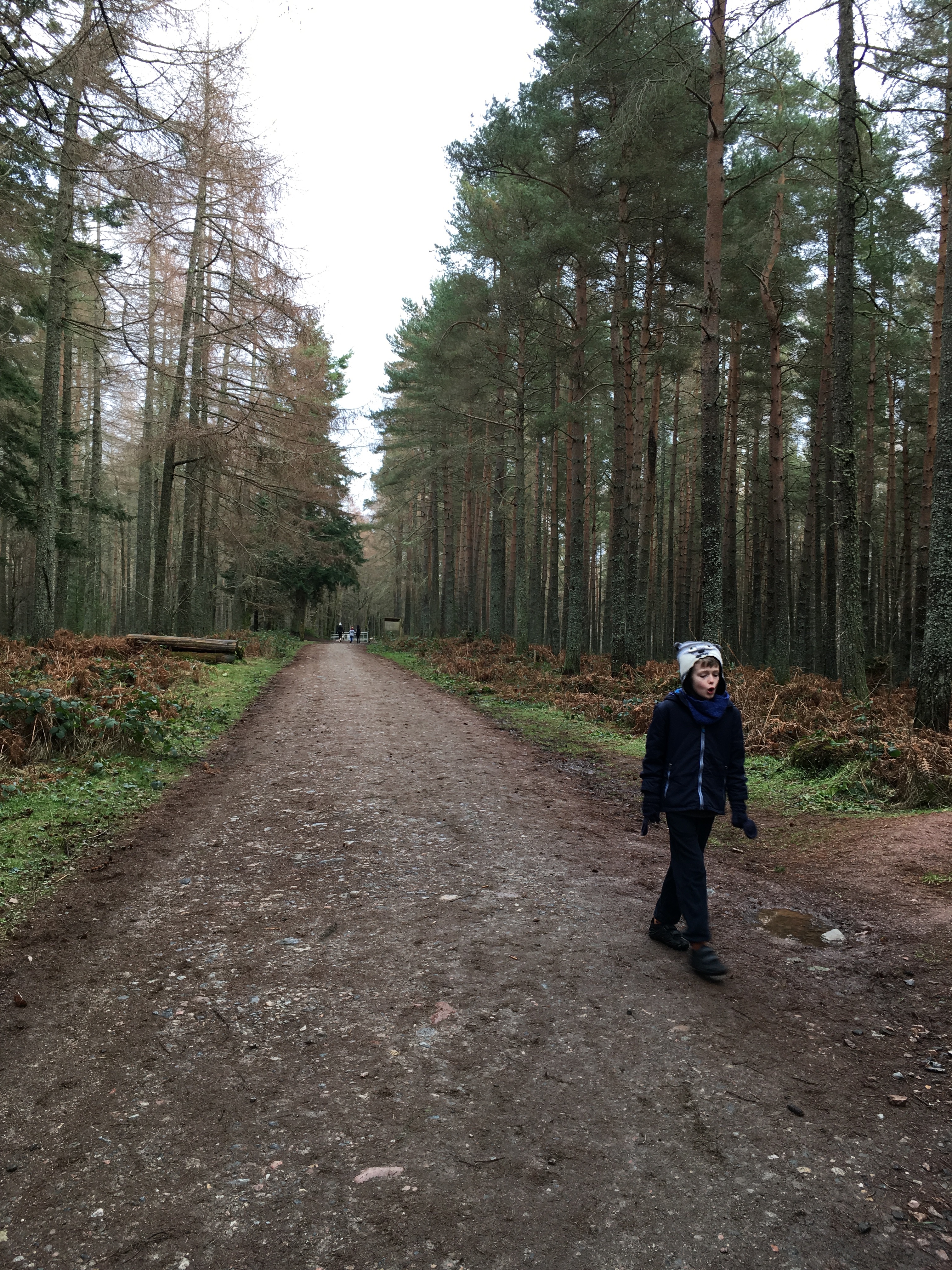 It was about 3C but you quickly get hot when you’re walking uphill. Elizabeth took her coat off not long after we started and I didn’t even bother putting mine on. 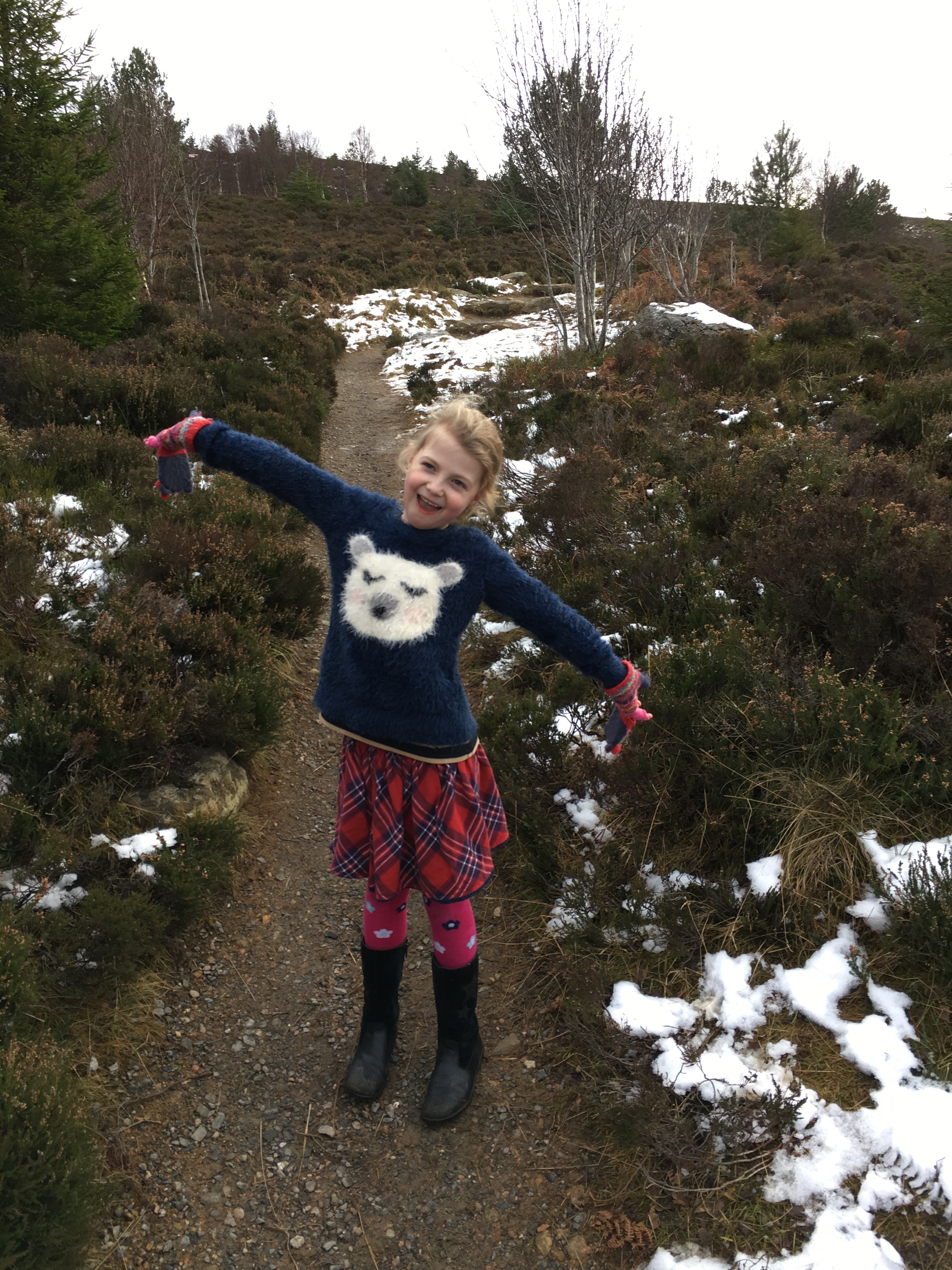 Daniel complained endlessly on the way up and this photo was taken in the midst of complaints, hence the miserable expression on his face. He would rather sit in a café and eat cake than walk up a hill to admire the views. His mood changed significantly on the way down because the steepish parts were covered in snow and made for good sliding. Perhaps he was also thinking about cake. 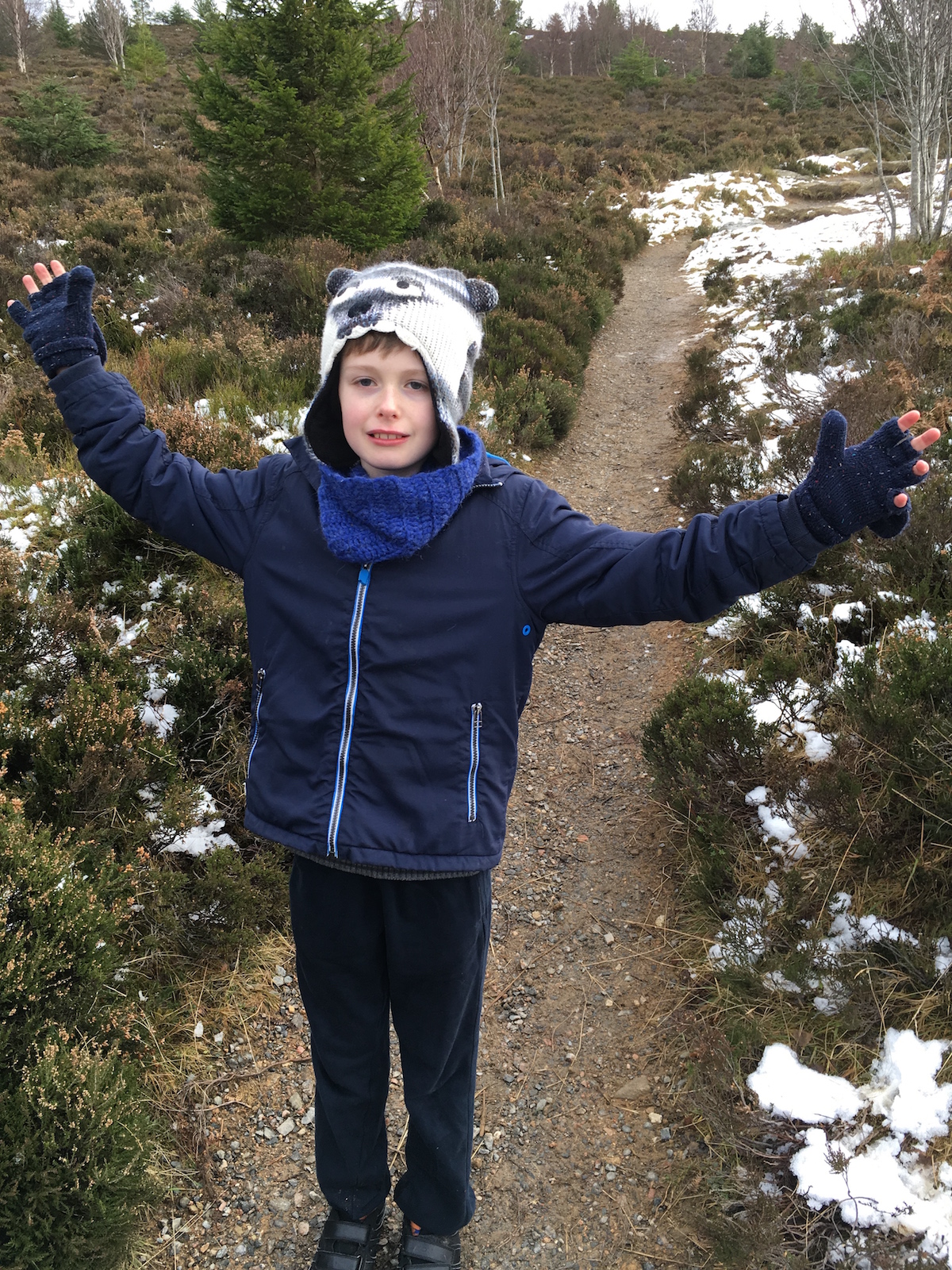 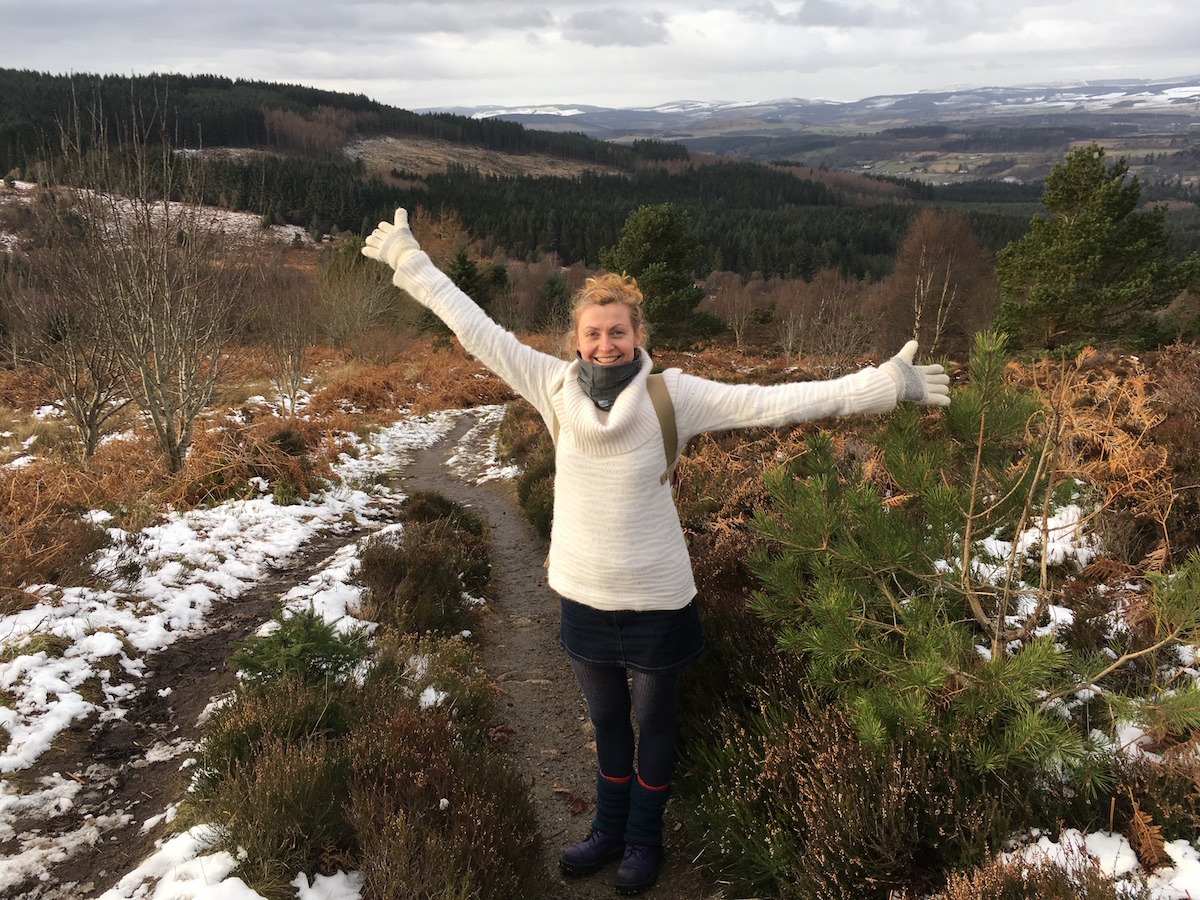 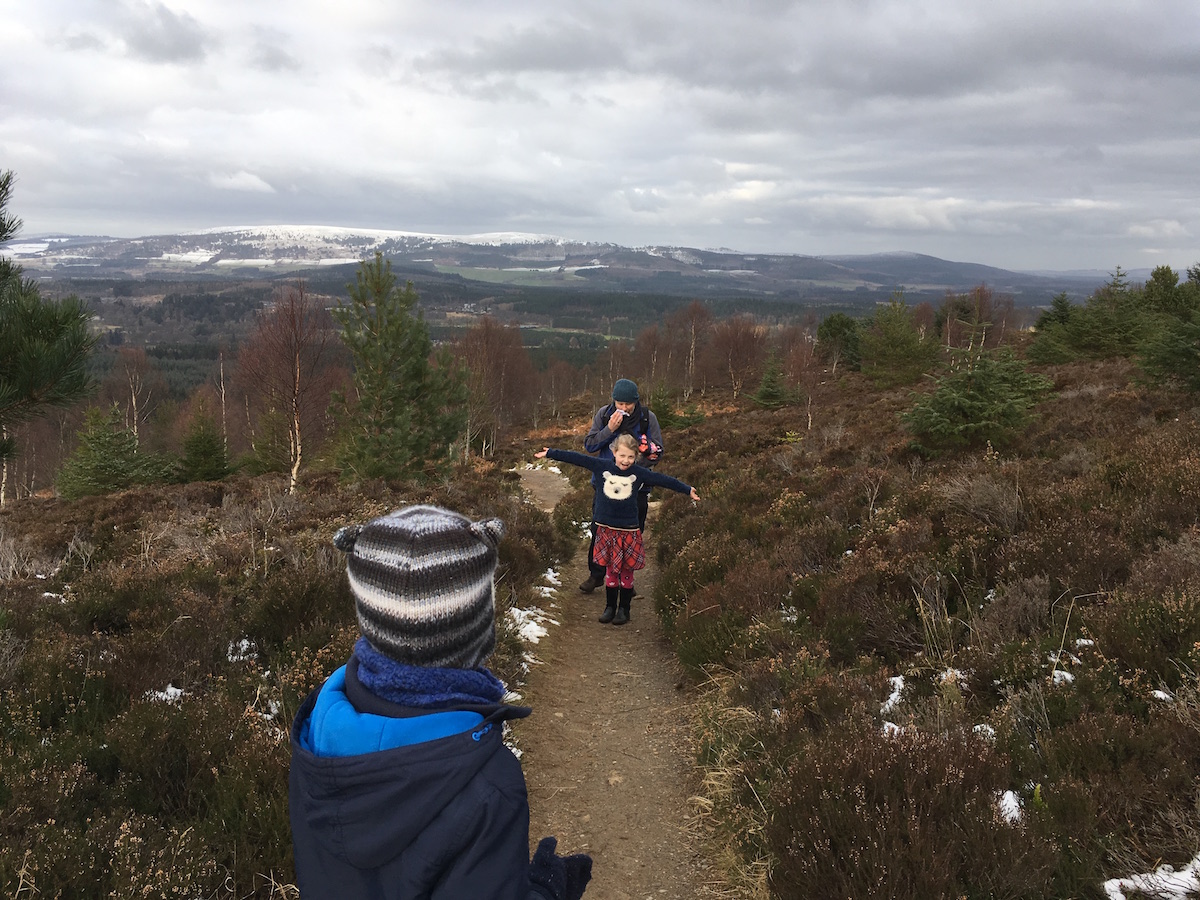 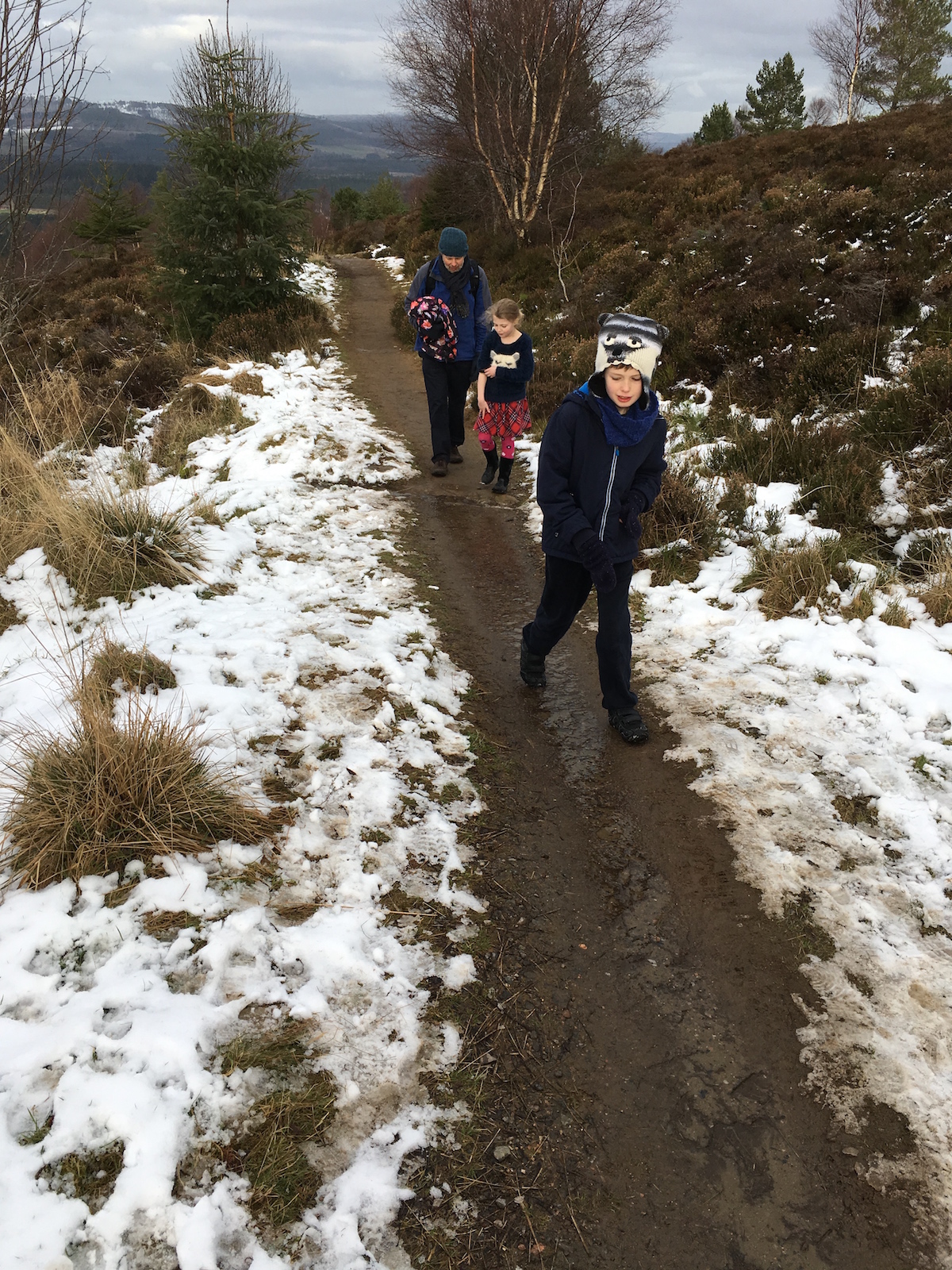 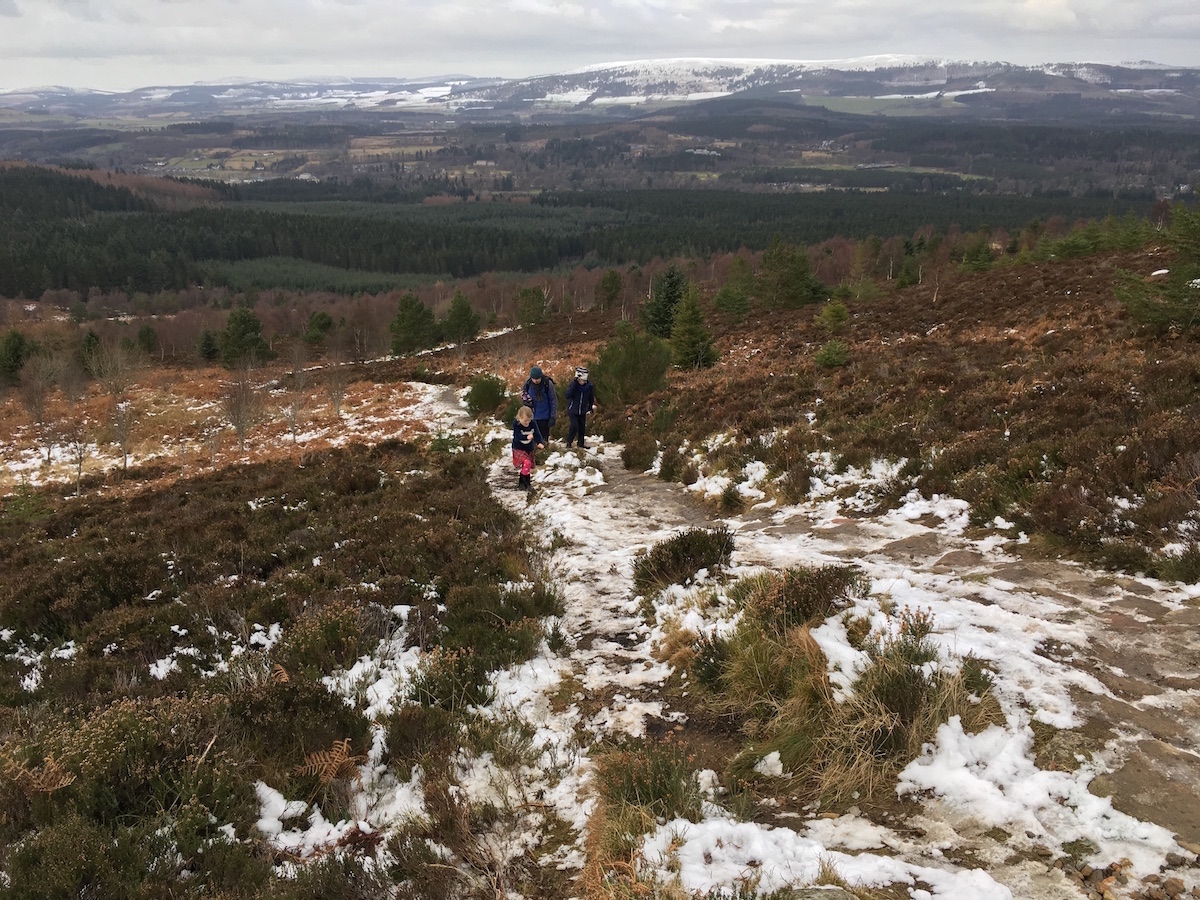 At the top is a large stone monument with a spiral staircase inside. You can walk right to the top to admire the views. 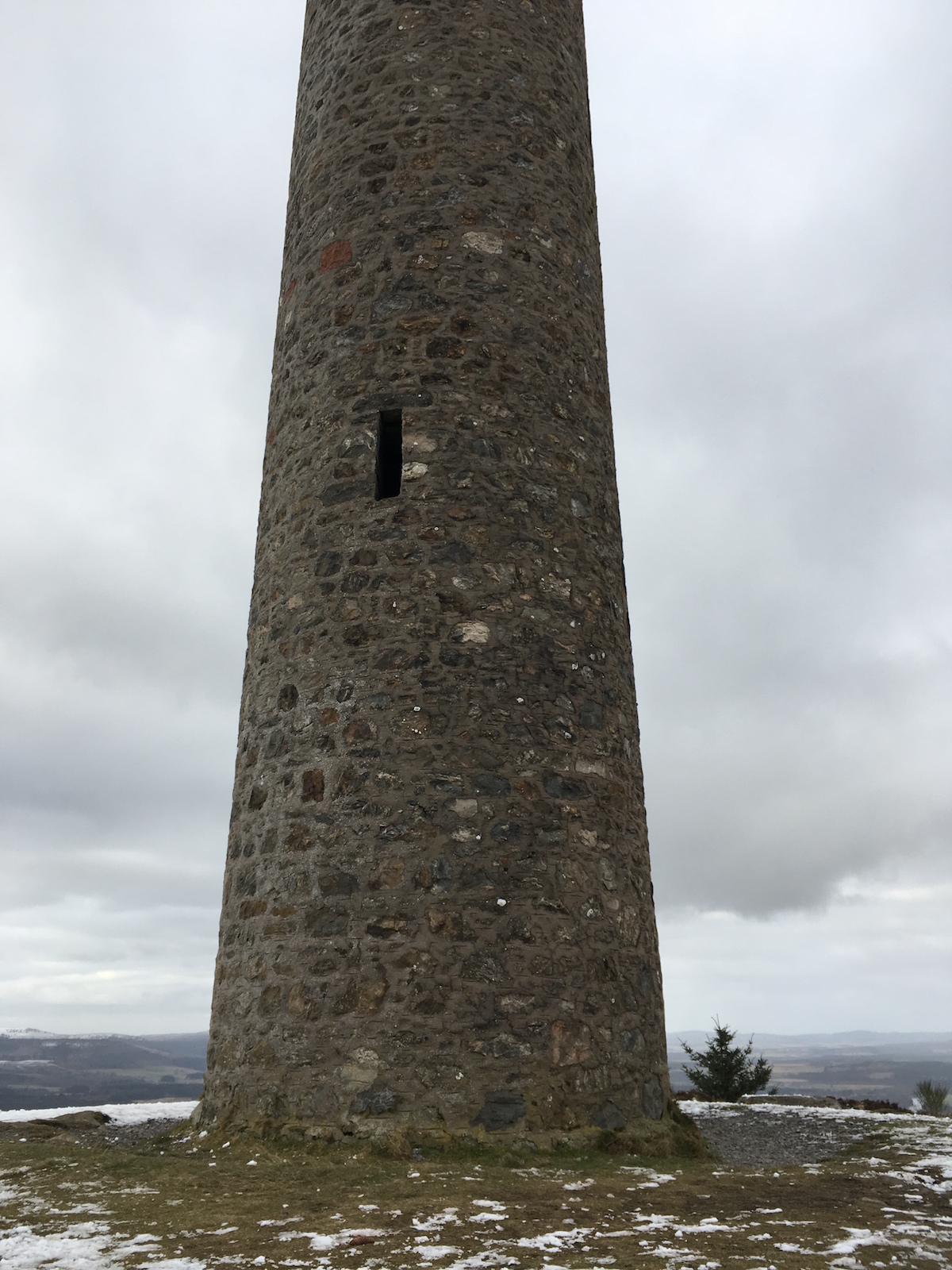 It was incredibly windy on the summit and in this next photo it looks like a storm is about to engulf us so we didn’t stay for long. There was also cake to be had so we took some photos and made a hasty retreat. It started to snow on the way down which was lovely. 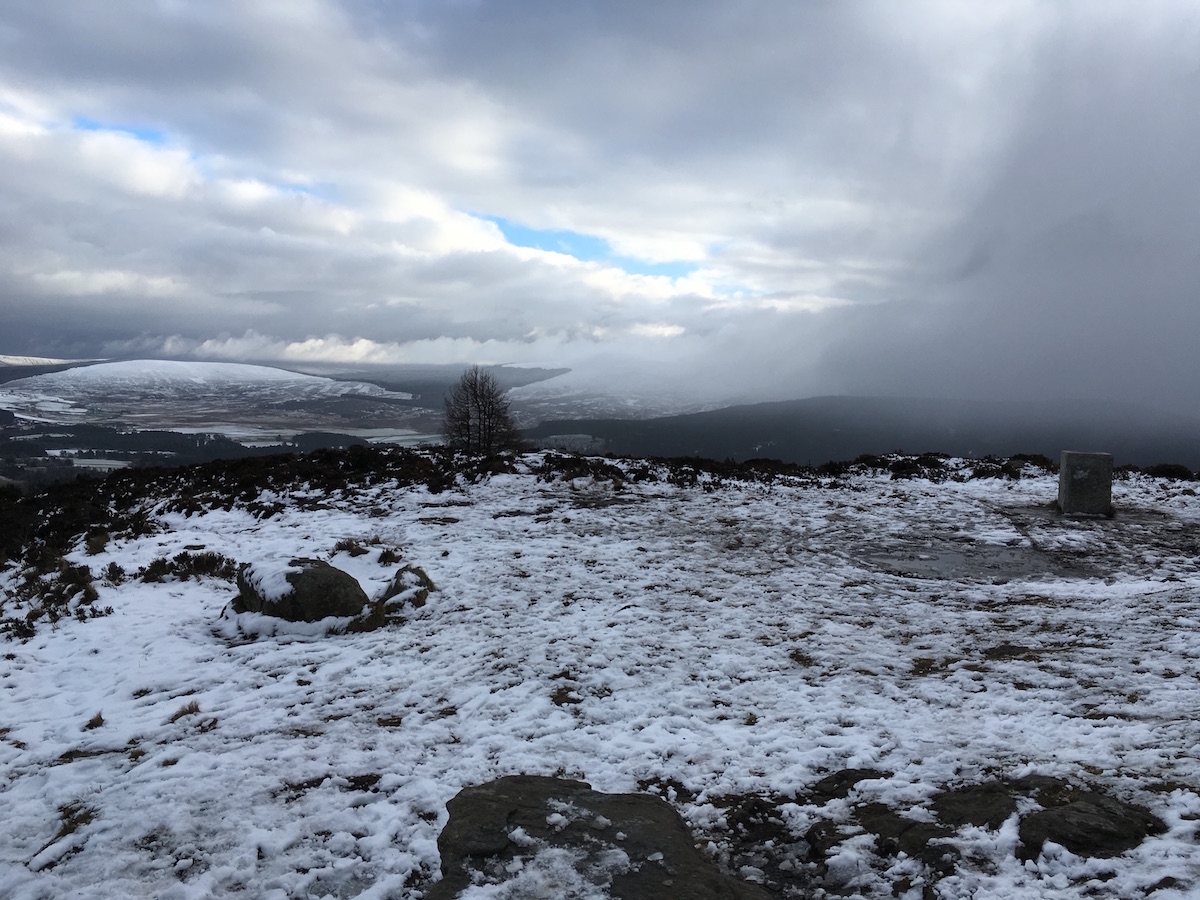 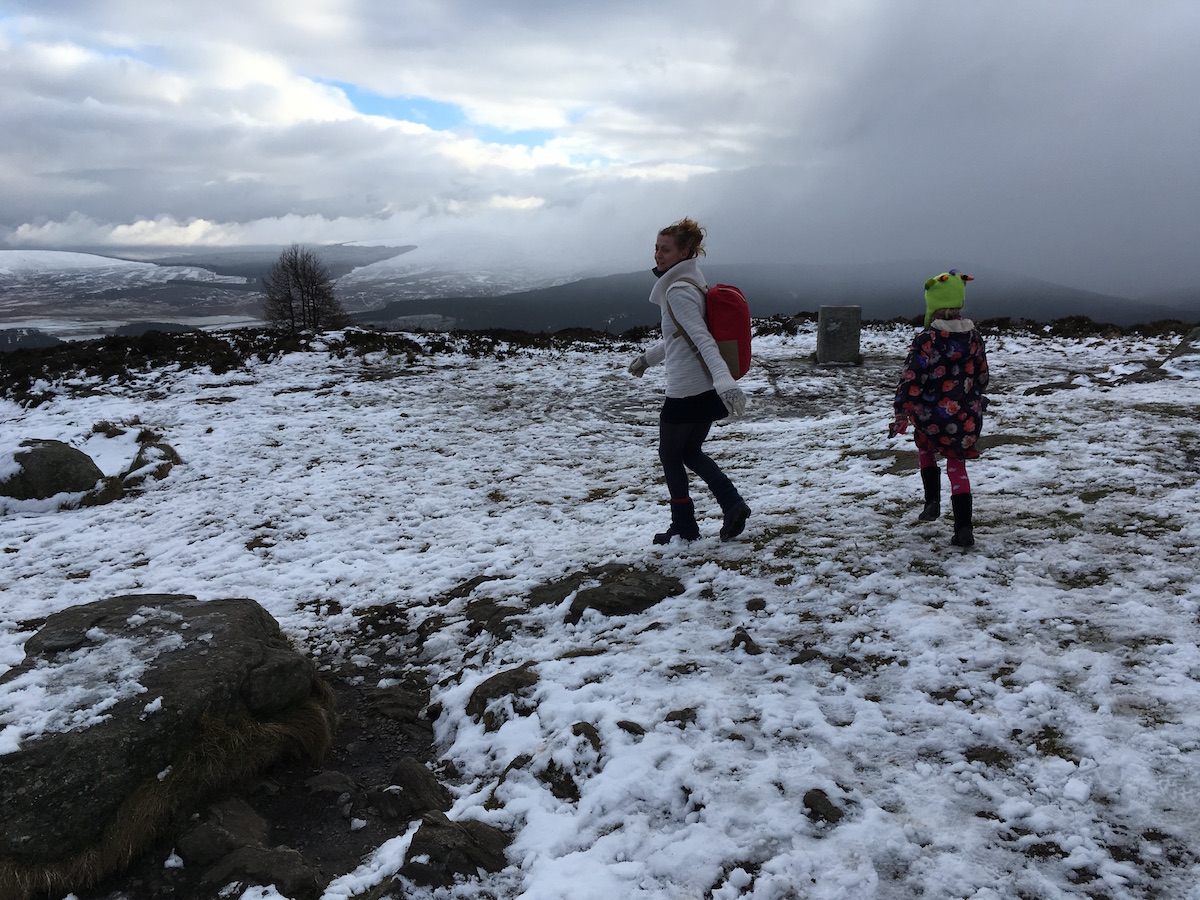 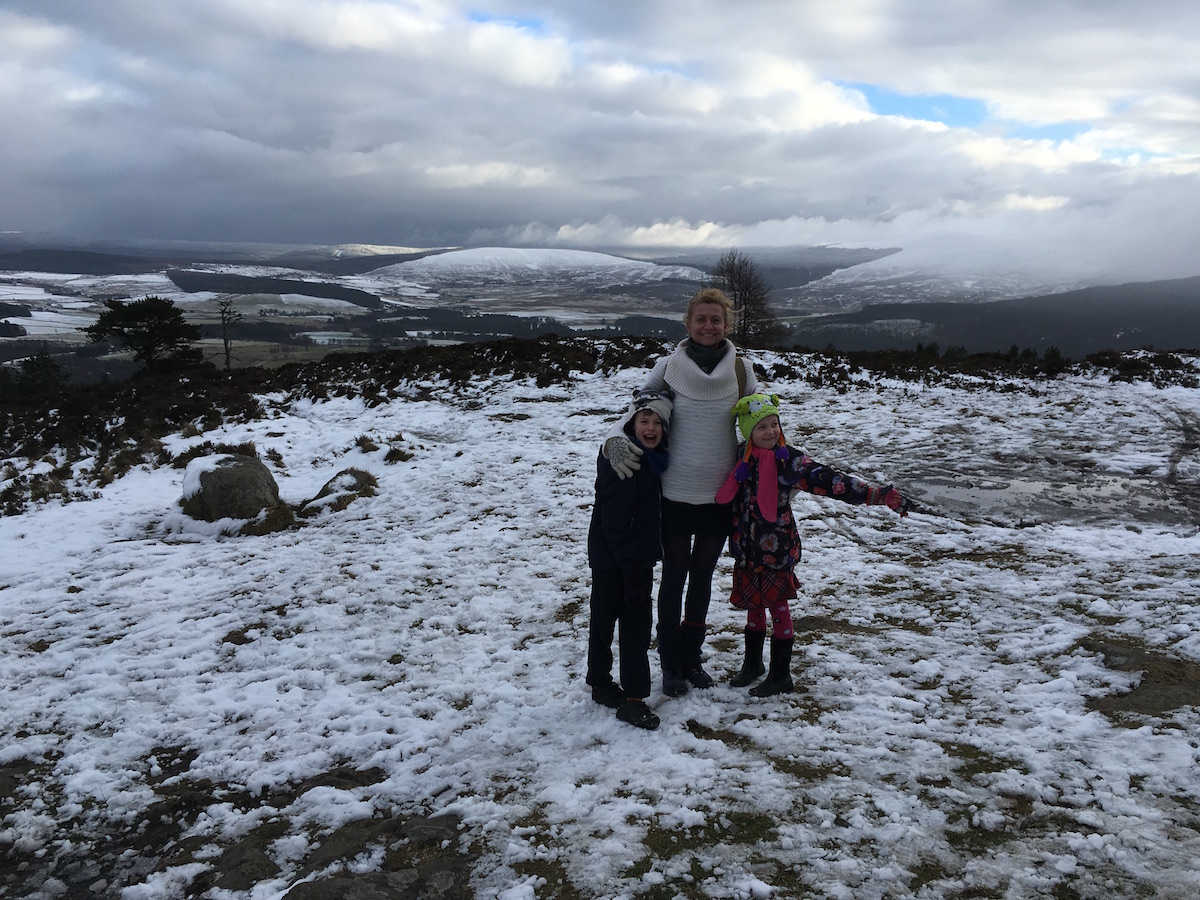 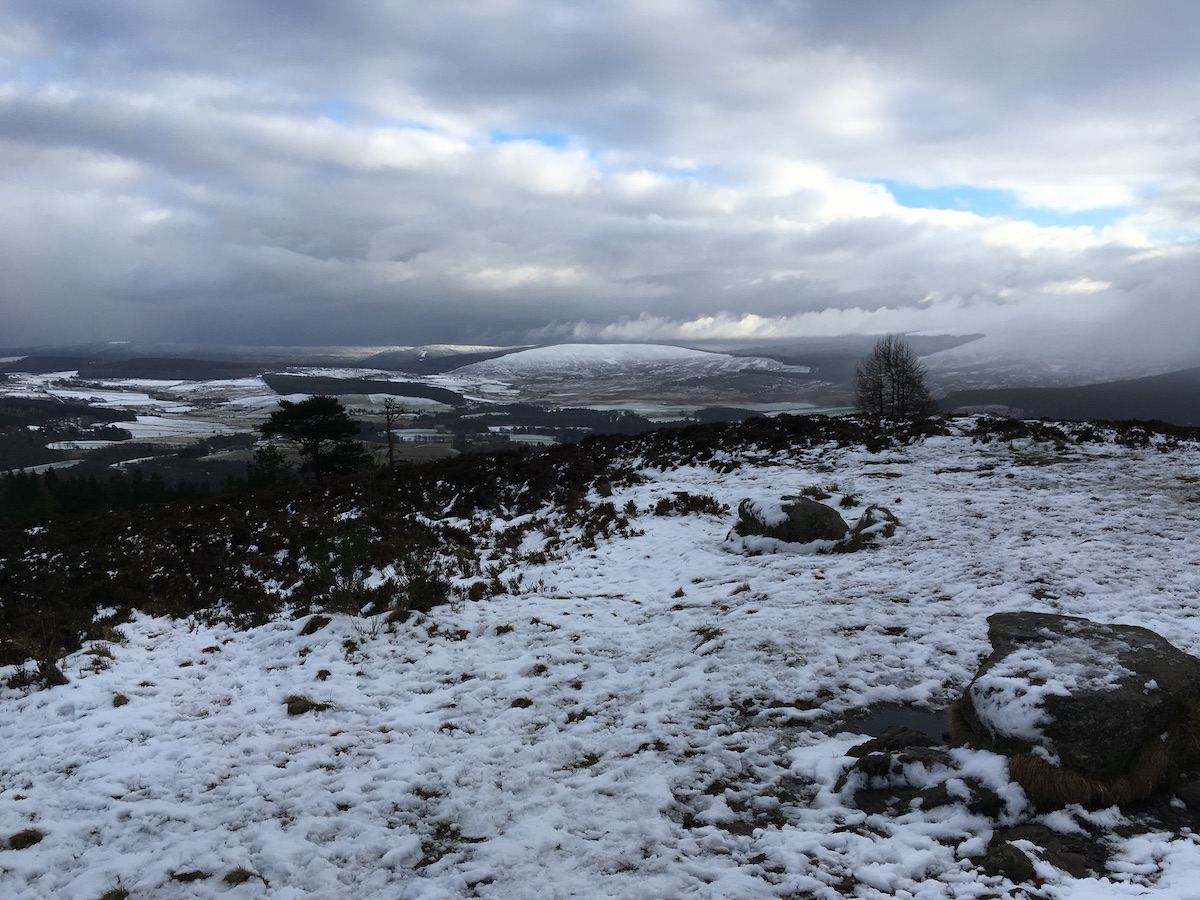 Afterwards we went to Milton Brasserie and ate cake. 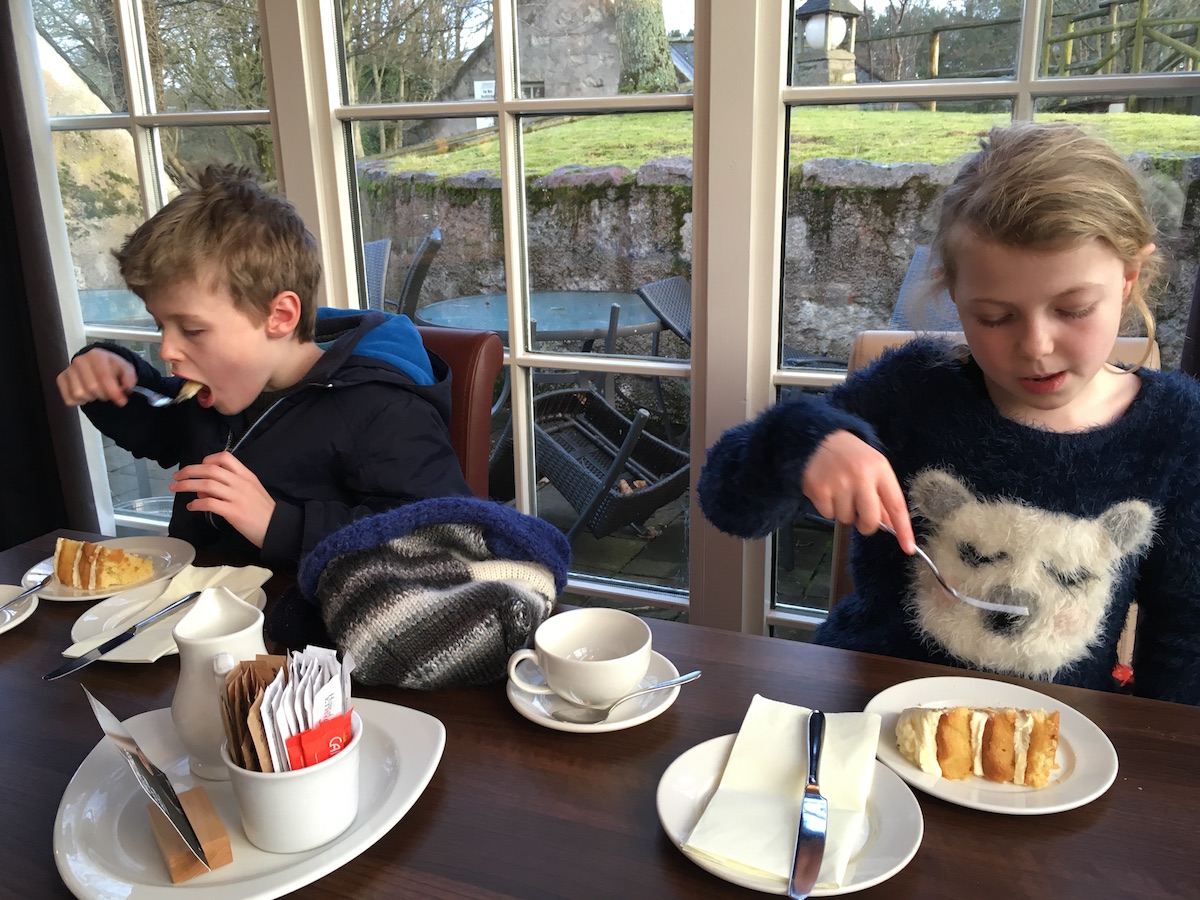 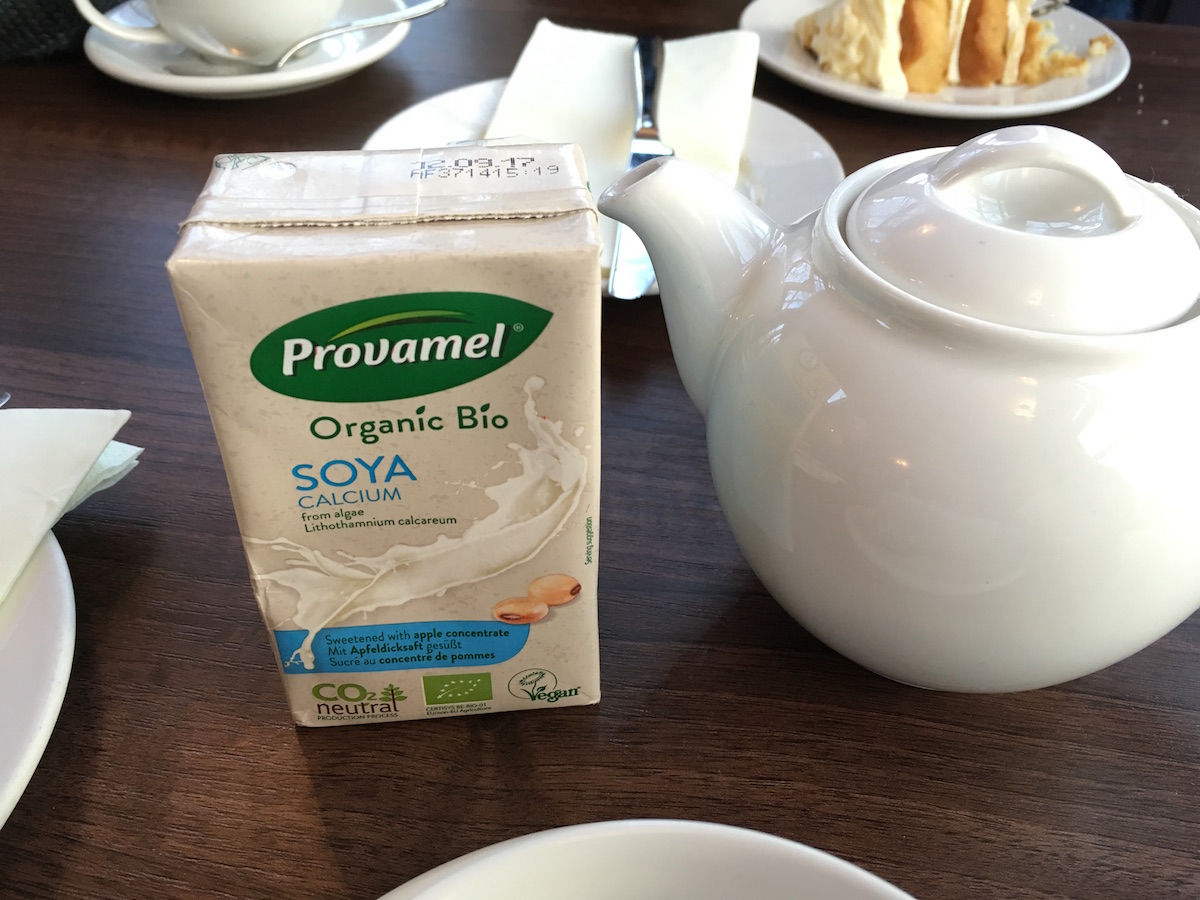 Milton Brasserie is surrounded by lots of lovely shops selling, art, crafts, and Scottish things. I bought myself a tweed hat because once you hit your 40s it’s time to start wearing tweed. There was a matching tweed jacket but it was £350!!! I didn’t buy it.