Someone recommended Burn O’Vat on my Scolty Hill post from last week and so we decided to check it out today. It’s a WOW place. How have I never discovered it before? It’s at the Muir of Dinnet Nature Reserve which is about 34 miles west of Aberdeen. There’s a terrific visitor centre there. 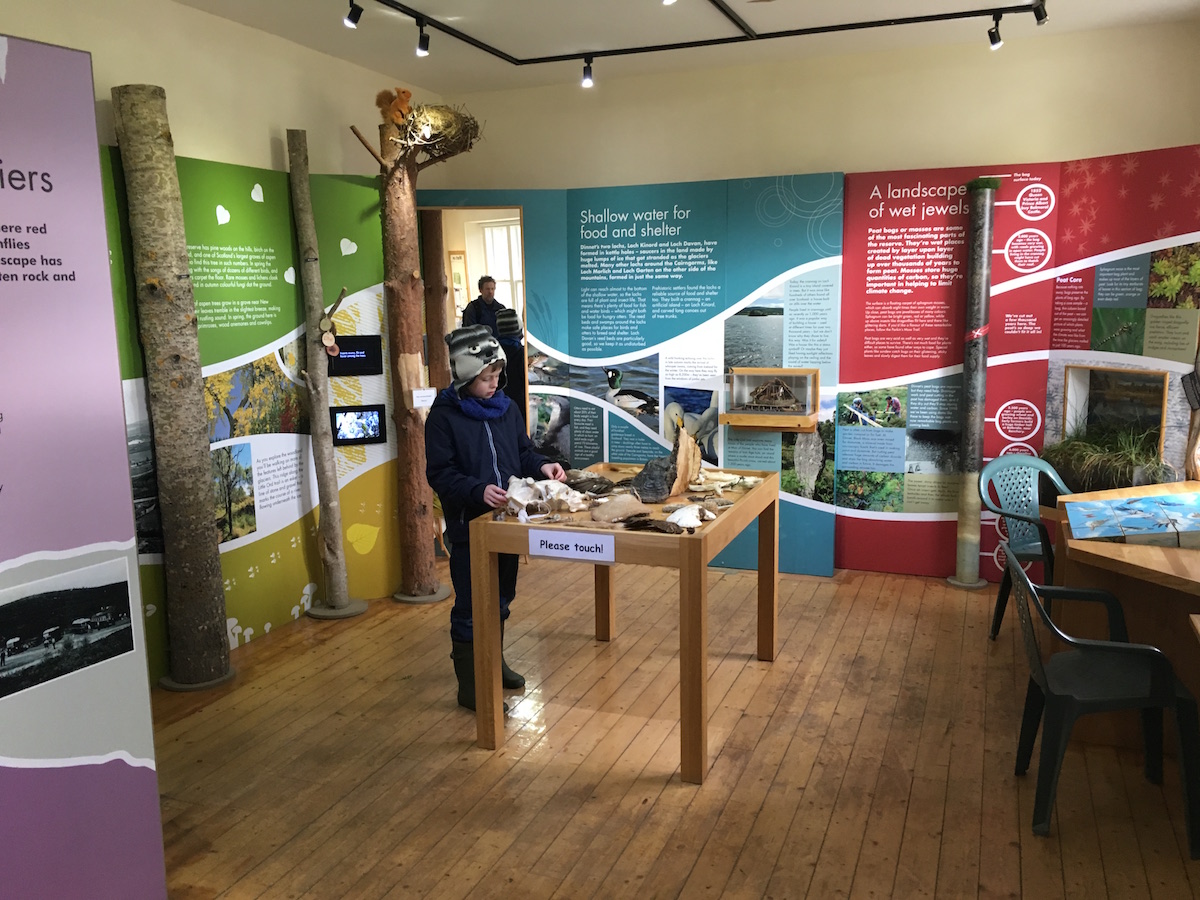 The main attraction is the Burn O’Vat which is a relic from the end of the last Ice Age. Wikipedia has more info about how it was formed, if you’re interested. Here are the photos. 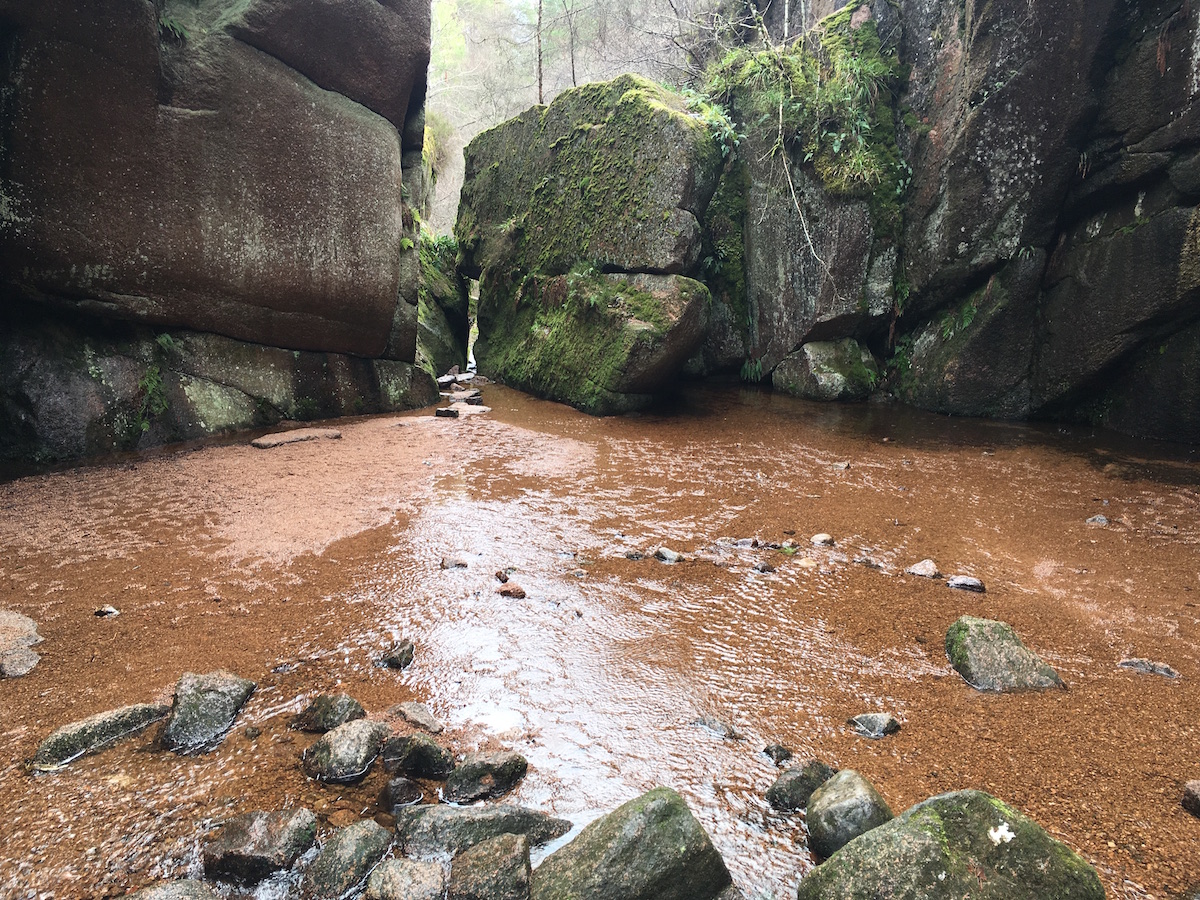 I am dwarfed by the rock-face behind. 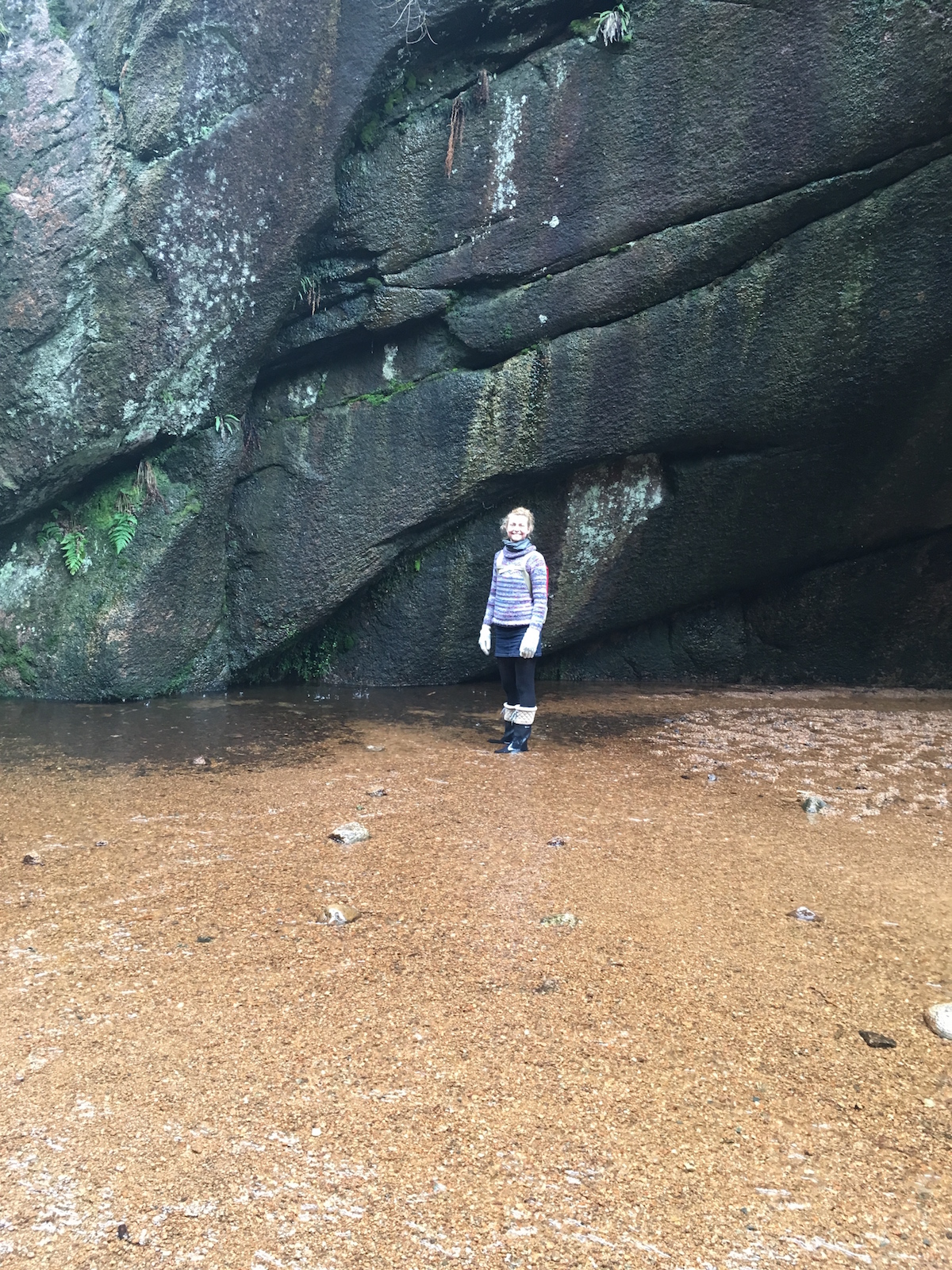 Ben looks pretty miserable in this next photo. He says it’s his “resting bitch face”. I think he’s just jealous because he’s not wearing gumboots like the rest of us. This is definitely a gumboot place.

The kids loved this place so much. The waterfalls, the shallow pools, the giant walls of rock, and the cave-like feel to it made it all a bit out of this world and exciting for them. It’s a very short walk from the visitor centre – more of a wander than a walk – but the nature reserve also includes two big lochs with several walking tracks of varying distance.

I love this photo of the kids choosing to walk through the stream rather than over the bridge.

After the Burn O’Vat we did a 4km walk which took us past a Pictish stone cross which was carved in the 9th century.

The two lochs are Lochs Davan and Kinord. Both were giant ice-cubes that melted and formed lakes, or lochs as they are called here, at the end of the last Ice Age. The Muir of Dinnet is a great place and I highly recommend it. There are toilets and picnic tables at the visitor centre and we took a picnic lunch with us and ate there.

On our way home we stopped at a cool café in Aboyne called Spider on a Bicycle. I love this place. I guess it’s a given that I will love a place with a bicycle outside but the coffee was superb, they had non-dairy milk, and even a vegan dessert. That makes me happy.