I rode the kids to school in Busby today for the first time since March this year. Since then I’ve been cycling Harald each day. Here’s a photo of Busby followed by a photo of Harald so everyone knows what I’m talking about when I say Busby and Harald. 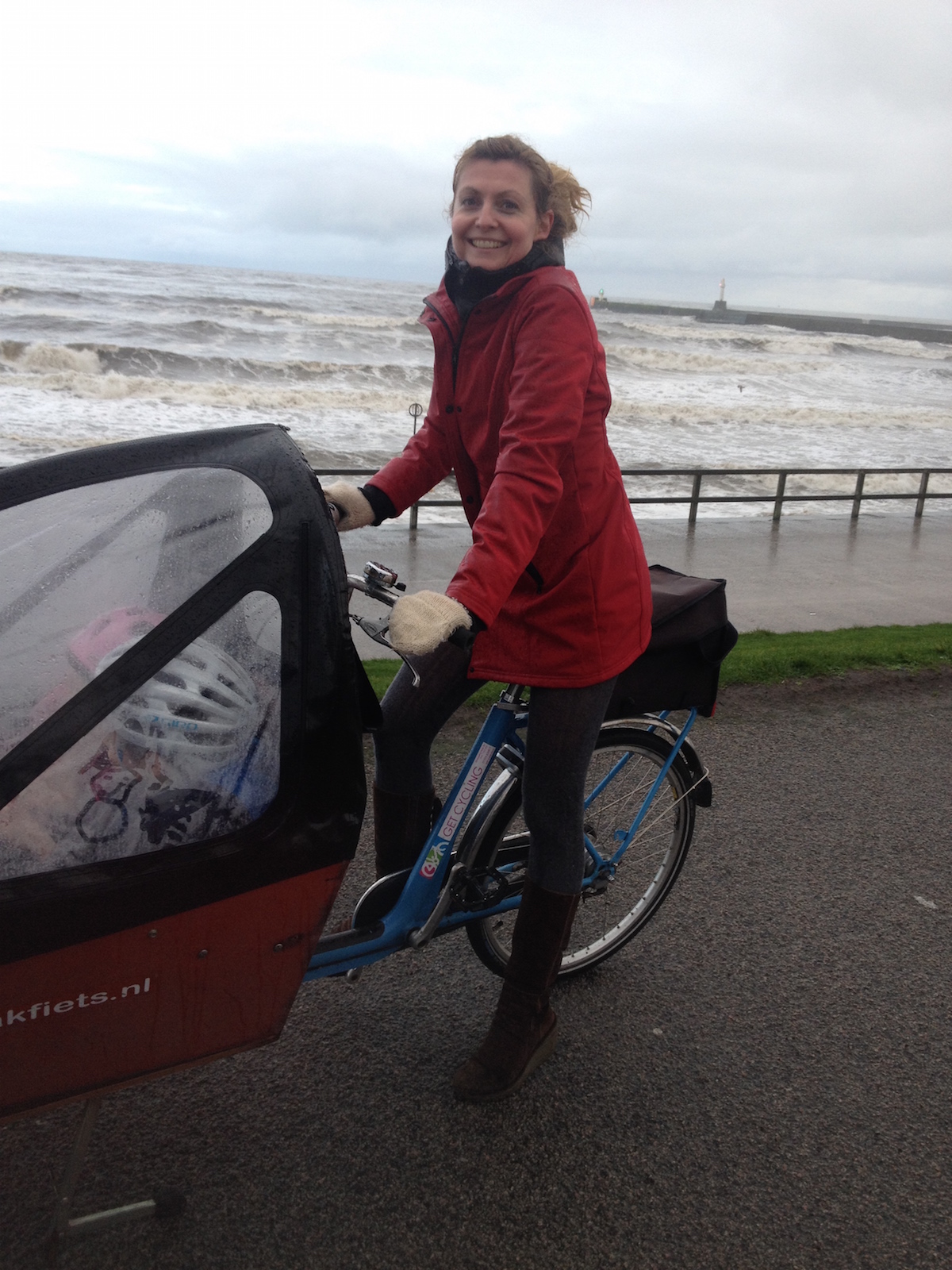 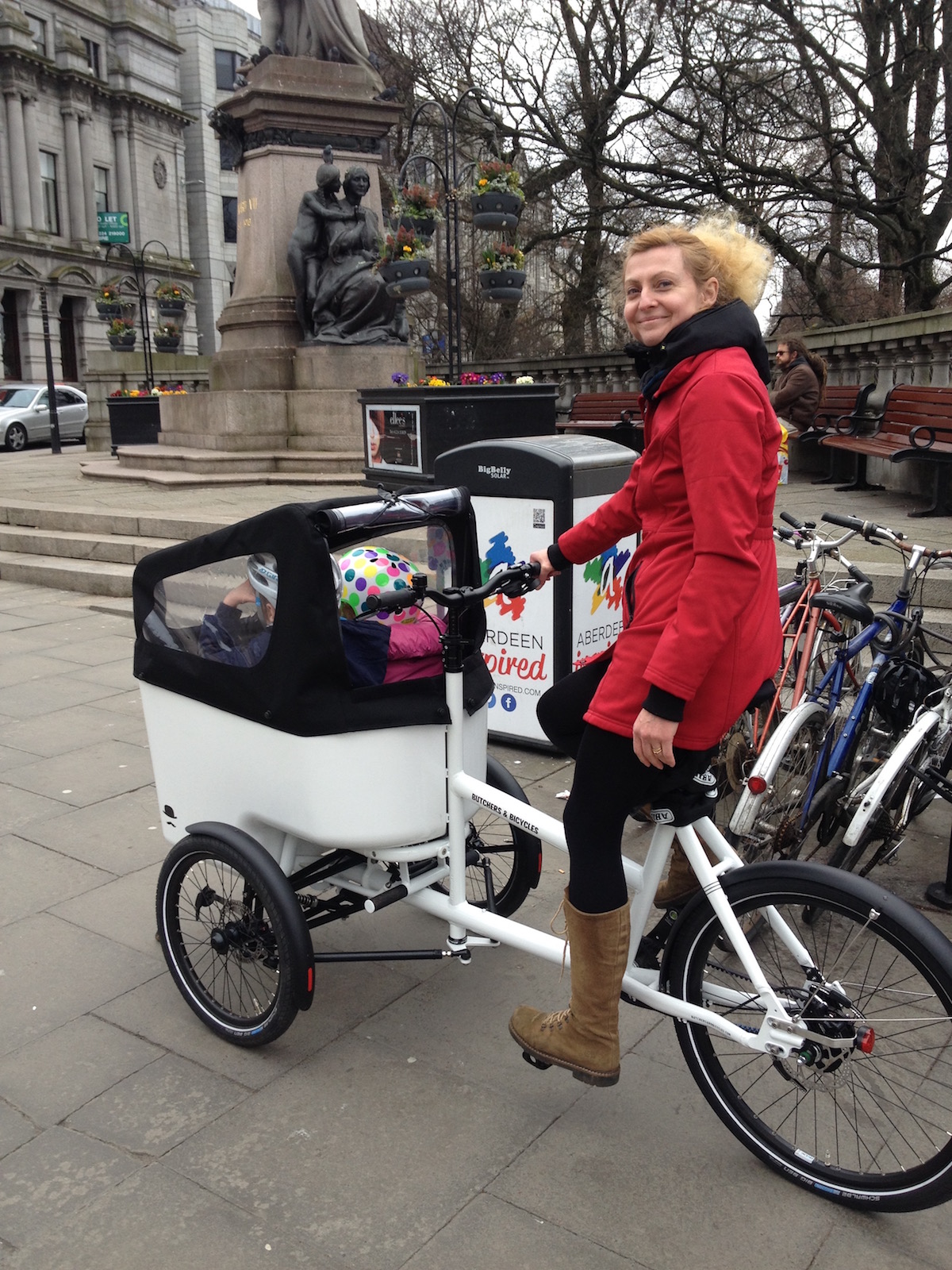 Busby got sick in March and spent several months in the bike hospital. By the time I got him back I was in the habit of riding Harald each day. Today I tried Busby again and having had a lot of experience with both bikes now I think I can make a good comparison. Which bike is better? Busby is far better on so many levels. Let me explain why.

Harald is lighter and the suspension is much better but apart from those two things, Busby is much more comfortable to ride. Somehow the geometry of Harald is all wrong. For starters, my leg is still bent even when the pedal is nearest the ground. “Raise the seat”, you say? But if I did that I wouldn’t be able to touch the ground when I’m stationary. On Busby my leg extends straight with each pedal cycle but I can still put my feet on the ground when I’m stopped without having to get off the bike. I don’t really know why this is but the Dutch know how to design bikes is all I can say.

The handlebars on Harald are too far away from the seat. I end up riding slightly hunched over the handlebars. On Busby I could sit comfortably upright with a straight back. I understand that leaning forwards over the handlebars adds to the aerodynamics but I’m not in a race. I just want to get my family from A to B at a leisurely pace and in comfort.

Busby has a step-through frame. When I first started riding Harald I missed this and frequently banged my leg on the crossbar as you have to physically throw your leg over the bike before you can start peddling. On Busby there’s a seamless flow between walking and cycling and I used to be able to go from walk to cycle or cycle to walk without stopping and in the smallest of movements. It was a very graceful transition and very useful in a city with few cycle paths and lots of cycling on and off pavements.

I’m in two minds whether to complain about the next thing on my list but it’s probably worth mentioning also: the Gates Carbon Drive. Harald has a very nifty carbon belt in place of the chain. It doesn’t require any oiling and lasts much longer. It’s also lighter. However there is a downside – long skirts and dresses can get caught in it because it’s exposed. Here’s a pic: 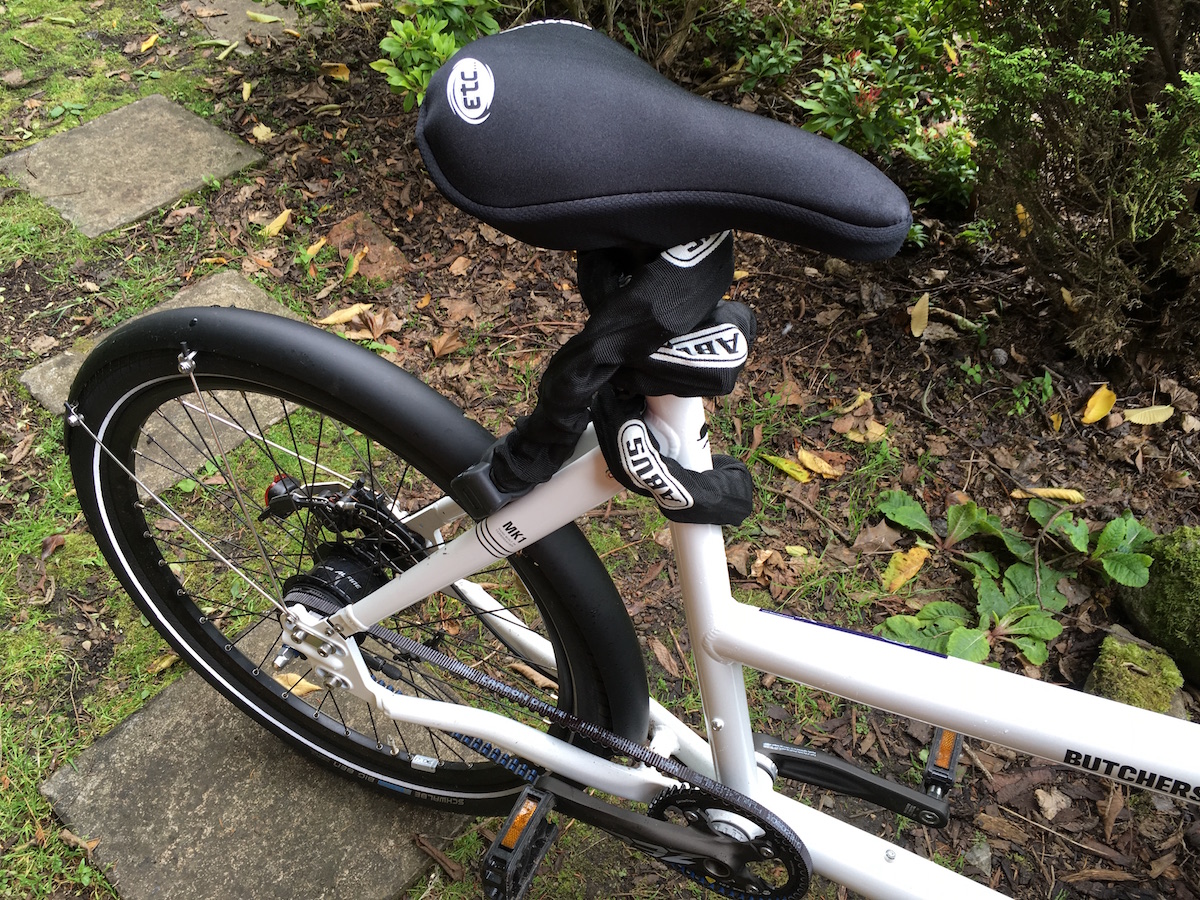 Busby on the other hand had an old-fashioned chain but it was fully enclosed so I could wear long flowing skirts and never once had any problems. Maybe the carbon drive comes with a guard also? I’m not sure.

My next complaint is the seat. I realise a seat can be fairly easily changed but when you spend over £3000 on a bike you don’t want to have to go out and buy another seat for it. I got a jelly seat for Harald but it’s still not great because the problem isn’t the softness but the dimensions of the seat. When women sit on a bicycle the weight should be taken by the sit bones in the pelvis and not a woman’s private parts. Men can push their private parts out of the way but women cannot do that and the vulva is not designed to support a woman’s weight. Furthermore when women sit the sit bones in the pelvis are further apart than when a man is sitting. This is why narrow men’s bicycles seats are not suitable for women.

I discovered a new bicycle shop in Aberdeen today – Holburn Cycles – and I showed them Harald. They took one look at me sitting on the bike and said it was all wrong and that I would end up with sore knees. The sad truth is I *do* have sore knees. I never had sore knees with Busby. Thankfully they seem to think they will be able to make some bespoke changes to Harald to improve the geometry. I’ve booked in him and have my fingers crossed. But part of me wonders whether I’m wasting more money on a bike which will never be comfortable to ride.

28 responses to “Bakfiets vs Butchers and Bicycles cargo bikes”