The days are getting noticeably longer again. It seems to change very quickly from light to dark as winter sets in and then from dark to light again as winter draws to a close. Last November, the days grew shorter surprisingly quickly. You could see the difference from one day to the next. Now, in February, the sun is setting later and later and it seems to change very quickly. Today the sun will set at 5:26pm whereas just before Christmas last year, it was more like 3:30pm. That’s remarkable.

Signs of the end of winter are present in our garden too where we have a carpet of snowdrops blossoming. They’re beautiful. 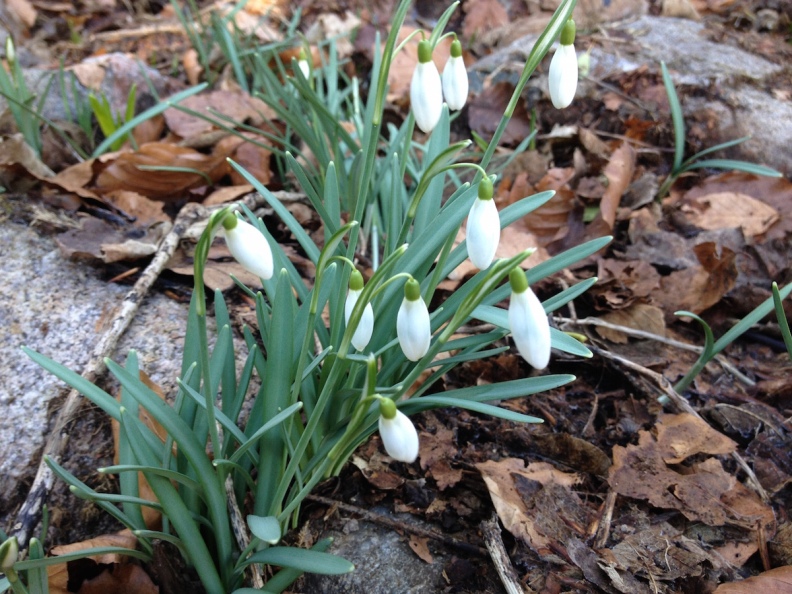 It hasn’t been very cold here and I haven’t seen ice or snow since our weekend in Aviemore. The days have been quite sunny too. Aberdeen is a very sunny part of the UK. I wasn’t expecting this at all and although I’m not a sun person, the British sun is fine since it doesn’t burn my skin.

It’s the fourth anniversary of the February 22nd Christchurch earthquake tomorrow. As testimony to how far I’ve moved on from this, I completely forgot about it and was only reminded of it when reading the New Zealand news site, stuff.co.nz, late last night. If the earthquake had never happened, I may not have moved to Scotland, I probably wouldn’t have started blogging, and may never have started working for Automattic in a job I enjoy immensely. It’s strange how something so awful could be the reason for some wonderful changes in my life. But I guess there might have been other wonderful things happen had the earthquake not occurred. I’ll just never know.

There’s a good article in Stuff, The Trapped: Where are they now?, which I found moving. For the rest of the world the earthquake was an event in the past and has long been forgotten. But this article makes clear that for the people still in Christchurch and for those more severely affected, the disaster is ongoing.

21 Replies to “Snowdrops in my garden and the Christchurch earthquake”