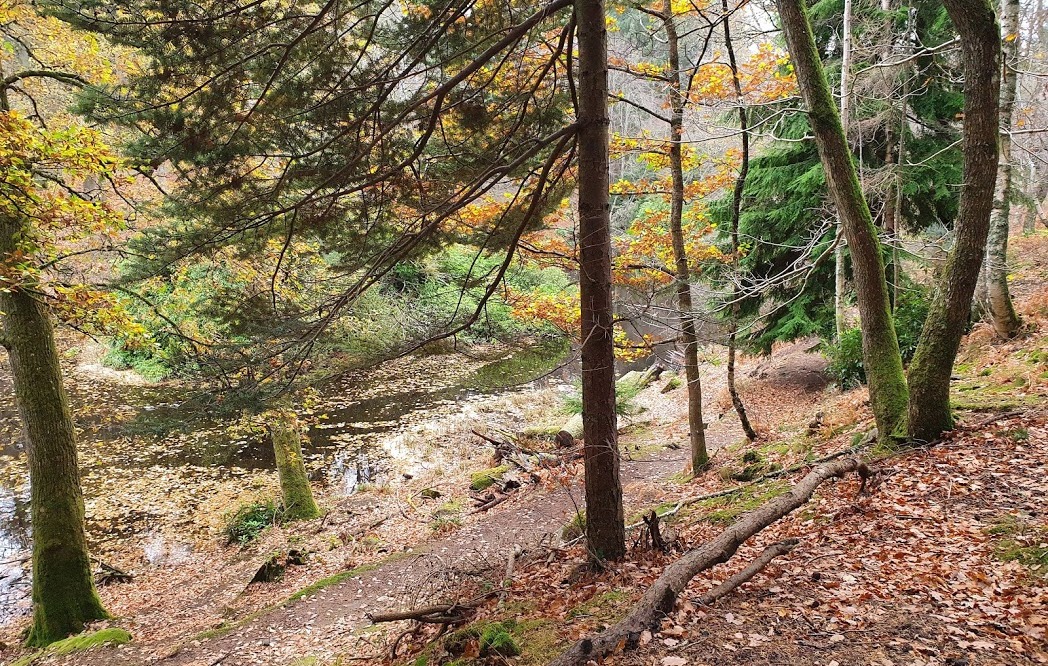 We went to the Exclusively Highlands Christmas Fair at Crathes Castle today. It’s a food and craft market that runs every year in the weeks leading up to Christmas at different locations around Scotland, usually castles. They sell only stuff that’s made in Scotland which especially appeals to me so we go every year.

This year I thought it would be quiet because of the plague and the weather – it rained all day – but I couldn’t have got it more wrong. There were queues to the carpark, then queues to get into the market, then queues to get to the café. I’m sure the entire population of Aberdeen was there. I’ve never seen the carpark full at Crathes Castle before. The staff in the gift shop told me yesterday was even busier. I’m happy for all the artisans selling their goods because they will have had a tough year this year.

Despite the queues and rain we had a really lovely time. We managed to get a few Christmas presents and I also discovered some new delicious vegan chocolate that’s made in Scotland called Prissy Queen of Desserts. They make a vegan version of a bounty chocolate bar which I used to love before I became vegan. There were also lots of other stalls including tweed, art, jewellery, wooden products and more.

Crathes Castle is set in a beautiful estate with lots of lovely walks. The gardens and castle were both open too.

Months and months ago I bought a Barbour wax cotton jacket from the charity shop. I couldn’t believe someone had discarded it so I snapped it up. It needed rewaxing so after watching some YouTube videos and purchasing a new tub of Barbour wax (you can buy it at John Lewis) I rewaxed it. Today I got to test it out in the rain and it kept me wonderfully dry.

My camera sometimes takes little videos and adds music. I’m not sure how or why it does that but I pulled a couple of faces at it today and it put together this looping clip.