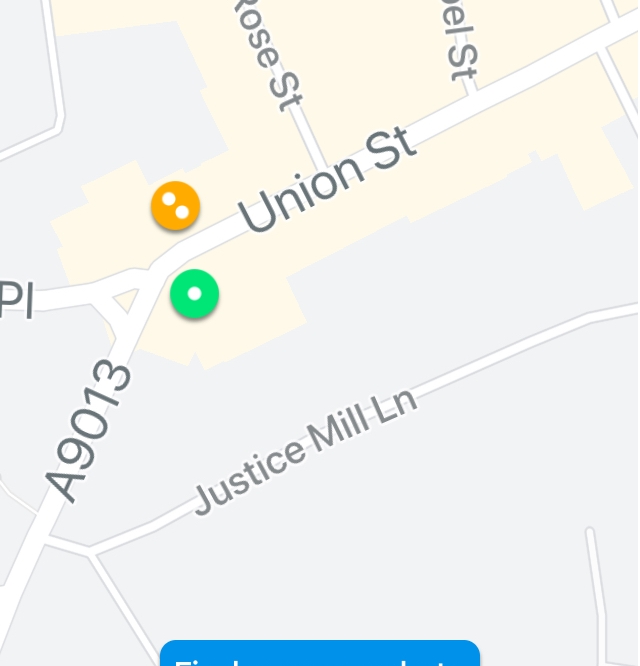 There’s a terrific app which will tell you how busy the supermarkets in your vicinity are so you can choose whether to go or not. It’s called Crowdless and is free to download. You don’t have to register to use it and it collects no personal data. All it does is show you a map of your nearest supermarkets and how busy they are.

Here’s how it looks for two supermarkets on Union Street on this Sunday at 9:22am. The orange circle is Sainsburys and the green circle is Tesco.

The idea came from an Oxford doctoral student, Alex Barnes, and his group who had planned to help people in conflict zones avoid potentially harmful situations. It was orginally intended to be used in Colombia but when the pandemic started they decided it could also help people around the world avoid crowded situations.

The data comes from third-party sources like Google as well as sensor analytics companies that install hardware in supermarkets to track footfall. This is apparently very common. It also accepts crowd-sourced data which means users of the app can report on crowdedness in supermarkets they visit.