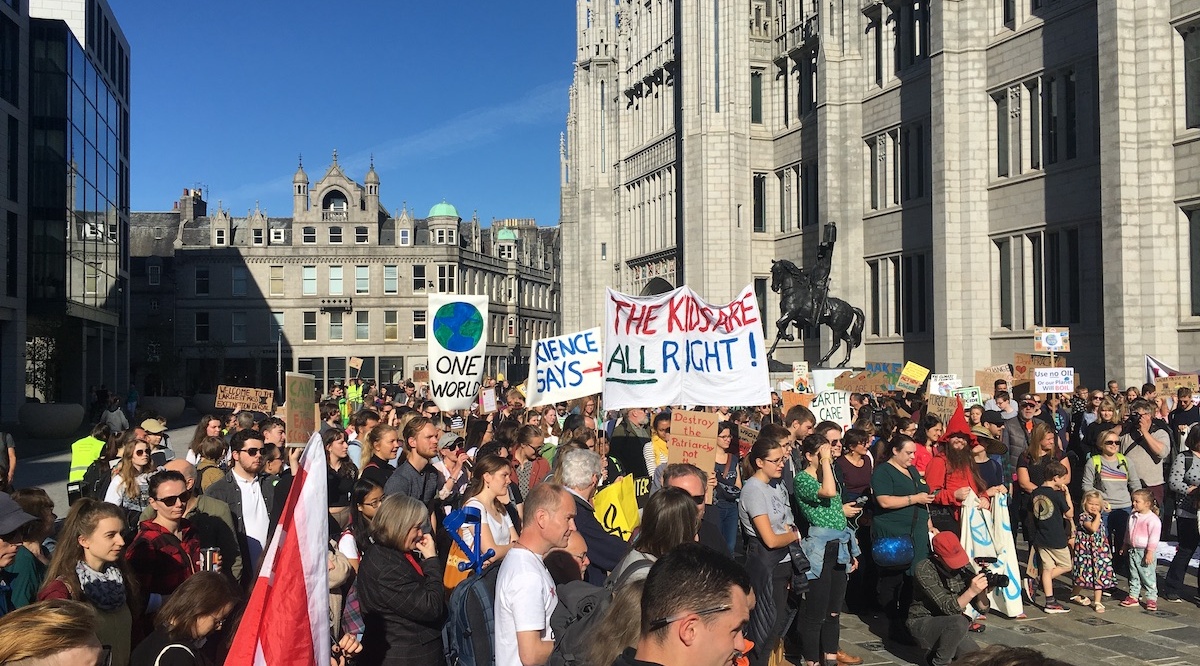 We did our bit and attended the Aberdeen climate strike today. There were about a thousand people there which is pretty good for an oil city. It’s definitely the biggest protest I’ve ever seen in Aberdeen. 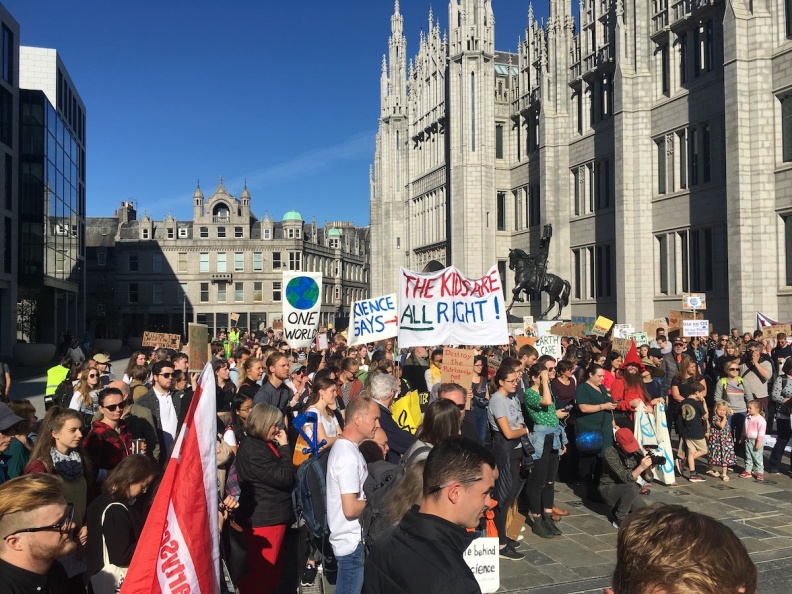 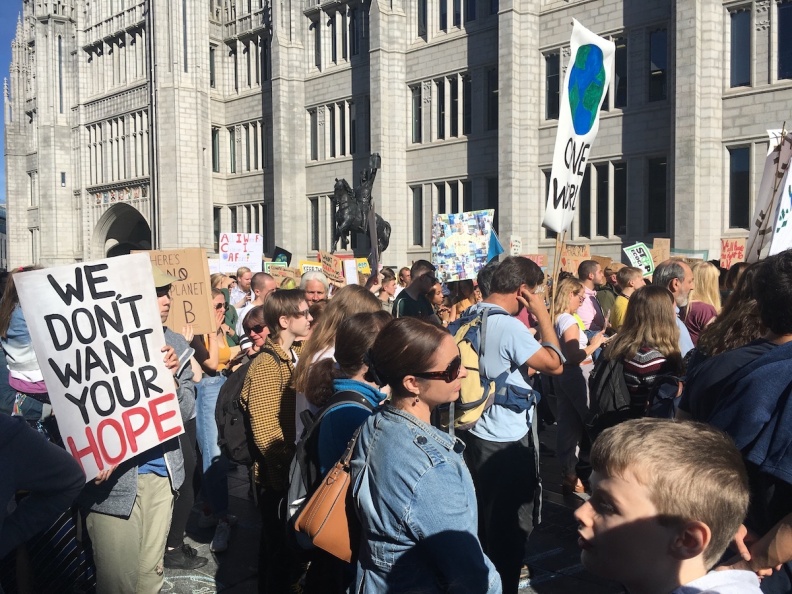 It was a hot and sunny day. Unusually warm for September but I suppose that’s apt given we were protesting about inaction to address the warming planet. The kids made their own signs and even came up with their own slogans. I thought they did really well. 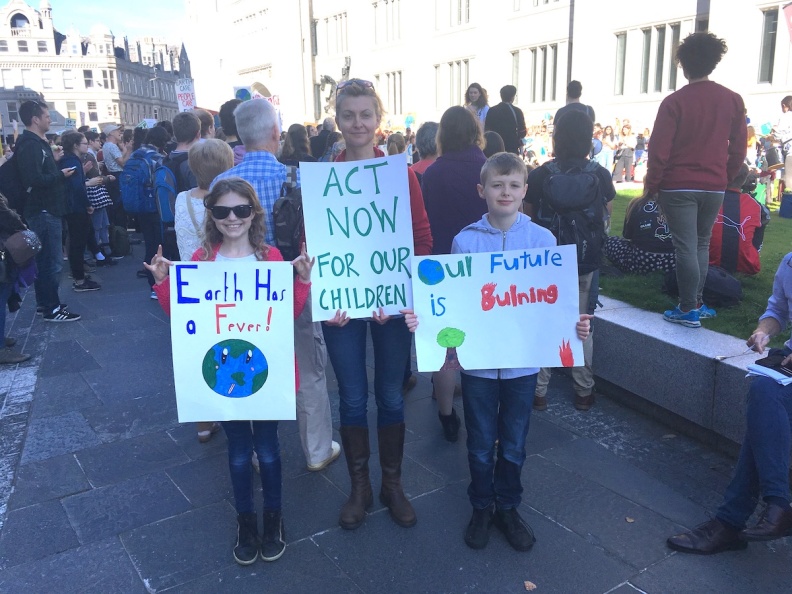 There was music entertainment to break up the speeches and it was really good.

At one point I took the kids to Pret to get some lunch and was so proud when Daniel chose the vegan option. I did point out that it wouldn’t be a good look to turn up at a climate change protest eating meat and so Elizabeth picked something veggie and Daniel chose something vegan. I asked him whether it was any good and he said it was “delicious”.