A vision for King Street, Aberdeen

Earlier this year I applied for and received funding for the Aberdeen Cycle Forum to commission two visualisations of streets in Aberdeen with a bike path. One of them has just been released. It’s for King Street and extends the King Street Design Competition we held by taking the winning designs and turning them into something that can inspire and excite.

Here’s King Street as it is right now: 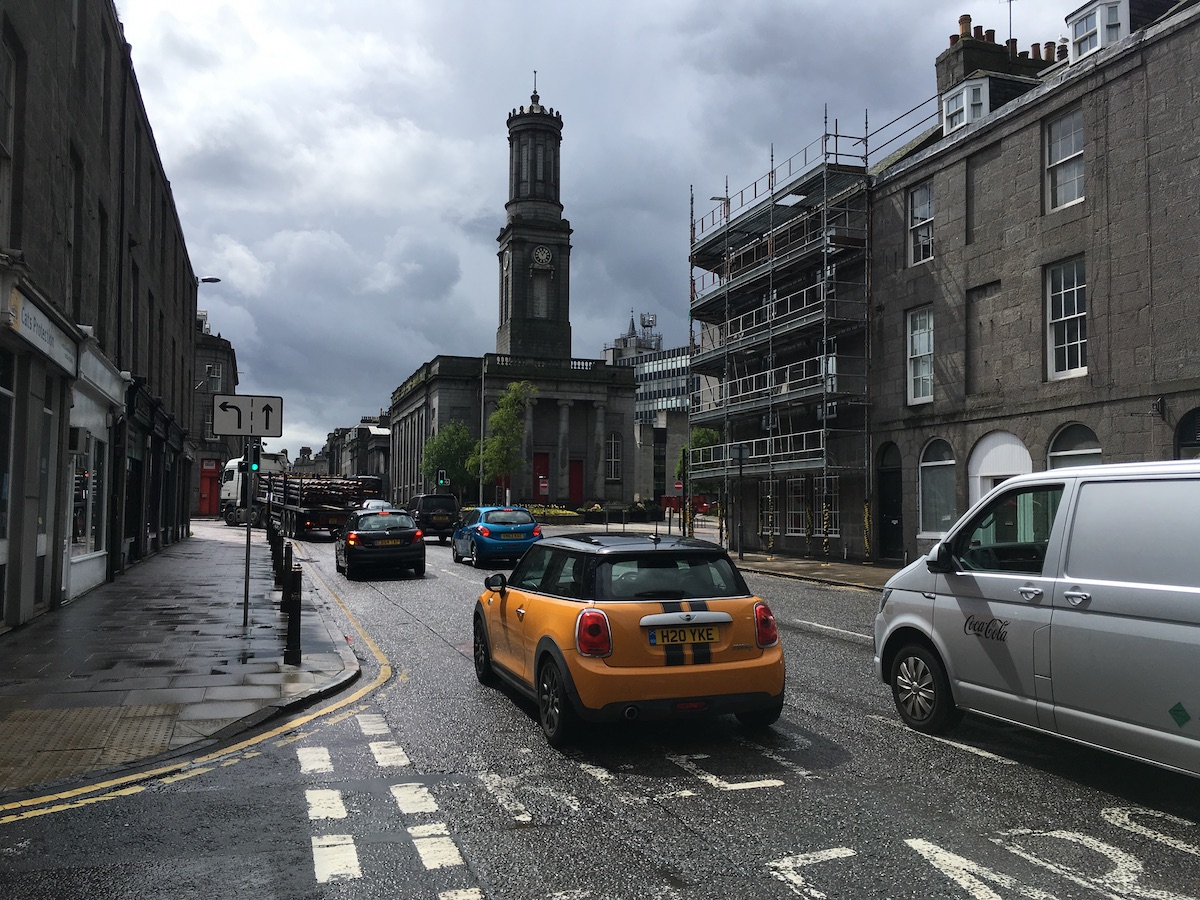 I took that photo yesterday and although I cycle along King Street I was still amazed by the volume of traffic and also the size of the vehicles. Roads with heavy goods vehicles have an even stronger case for a segregated bike path because of the dangers these vehicles pose to vulnerable road users like people on bicycles.

Here’s how King Street could look with a bike path: 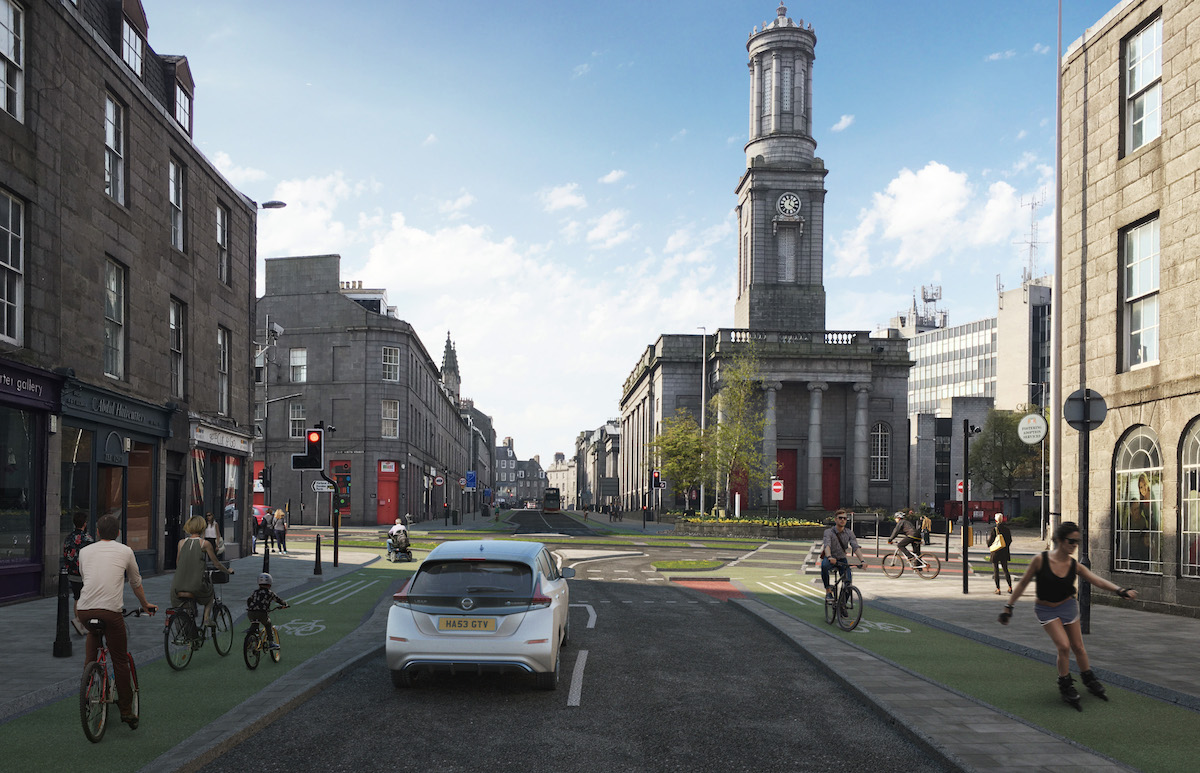 I really wanted to make the point in this visualisation that bike paths are not just for athletic men on racing bikes. They’re also for women, children, people with disabilities, and other active travel modes like roller blades and scooters. When we paint lines on the road or put cyclists in a bus lane we appeal only to the less than 1% of mostly men who already cycle. We’re not appealing to the mass majority who do not. We need to transform our streets if we want to see real gains in the number of people commuting under their own steam.

Visualisations like this are necessary because it can be hard to imagine how a bike path could look – how do intersections works? Where do buses go? How much space is left for cars? They can inspire us and help to overcome the inertia required to bring about this level of change. This doesn’t mean the bike path has to look exactly like this. It’s just one possible design.

If you’d like to read more about this then see my post on King Street Transformed on the Aberdeen Cycle Forum blog.

2 responses to “A vision for King Street, Aberdeen”