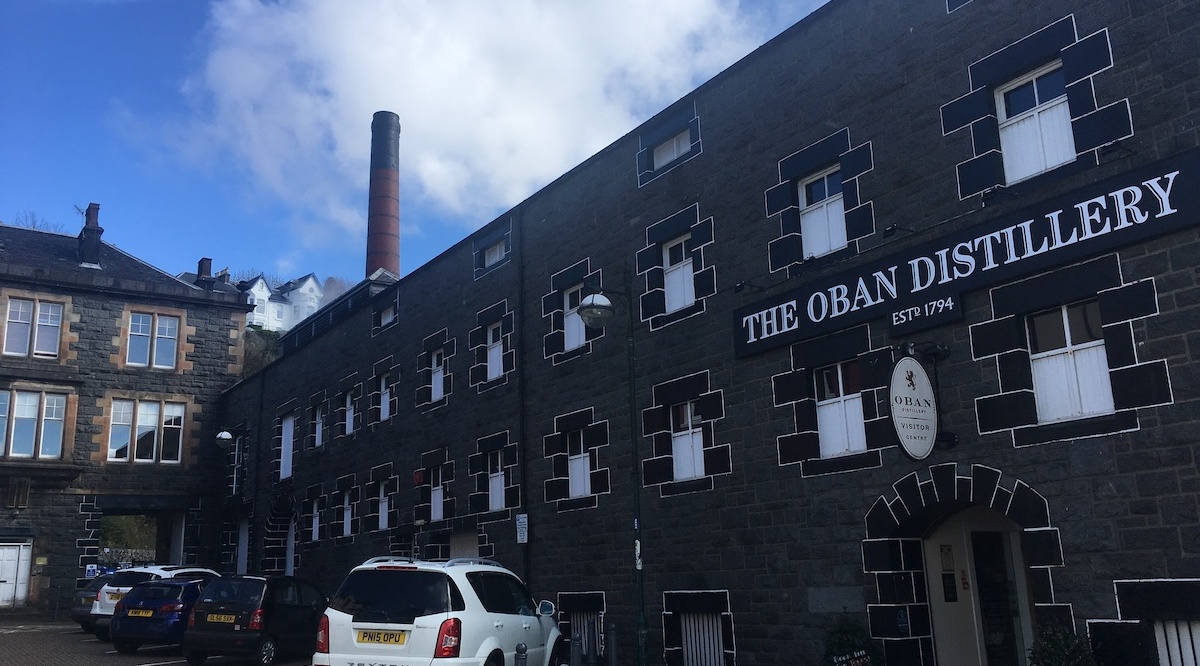 We visited the Oban Distillery in Oban today and did the tour. Kids are allowed on this tour which is great because Daniel and Elizabeth find it very interesting and distilleries are fascinating places. As is often the case with these things the process is much more complicated than you think and I’m always left wondering how whisky was discovered in the first place. Did someone accidentally malt barley, mix it with yeast, ferment it, then store it in barrels for more than a decade before discovering the drink? 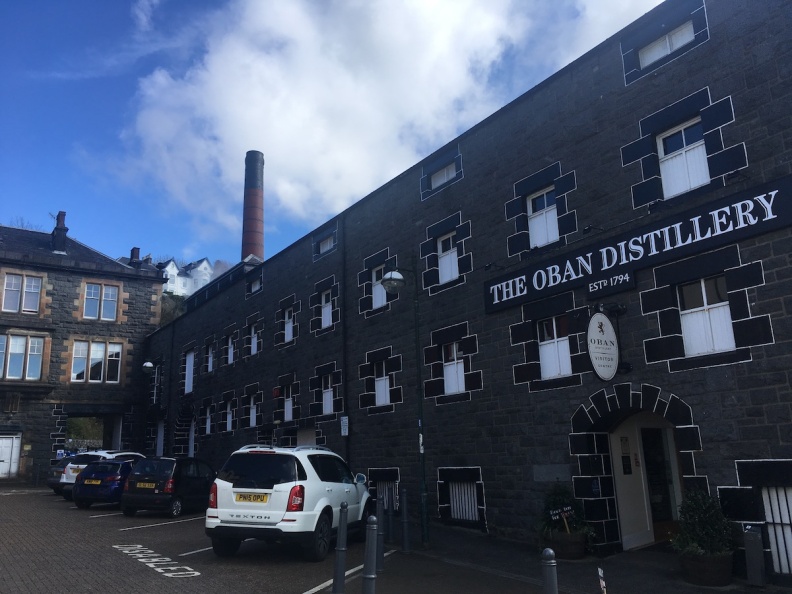 Oban is one of the oldest distilleries in Scotland, established in 1794. It’s a very small distillery and being in the centre of Oban which is by the sea there’s no room for expansion so they’re limited in how much whisky they can produce.

I enjoyed the flavour very much and am sampling the 14-year-old whisky as I write this.

Oban is a very cute village. It reminds me a lot of Dunedin in New Zealand with the harbour and narrow hilly streets lined with terraced Victorian homes. Overlooking the village is McCaig’s Tower which is a kind of mini colosseum. It was financed by a wealthy banker in the late 1800s. He wanted to provide a monument to his family and work for local stonemasons. He apparently admired Greek and Roman architecture and specifically modelled it on the colosseum. 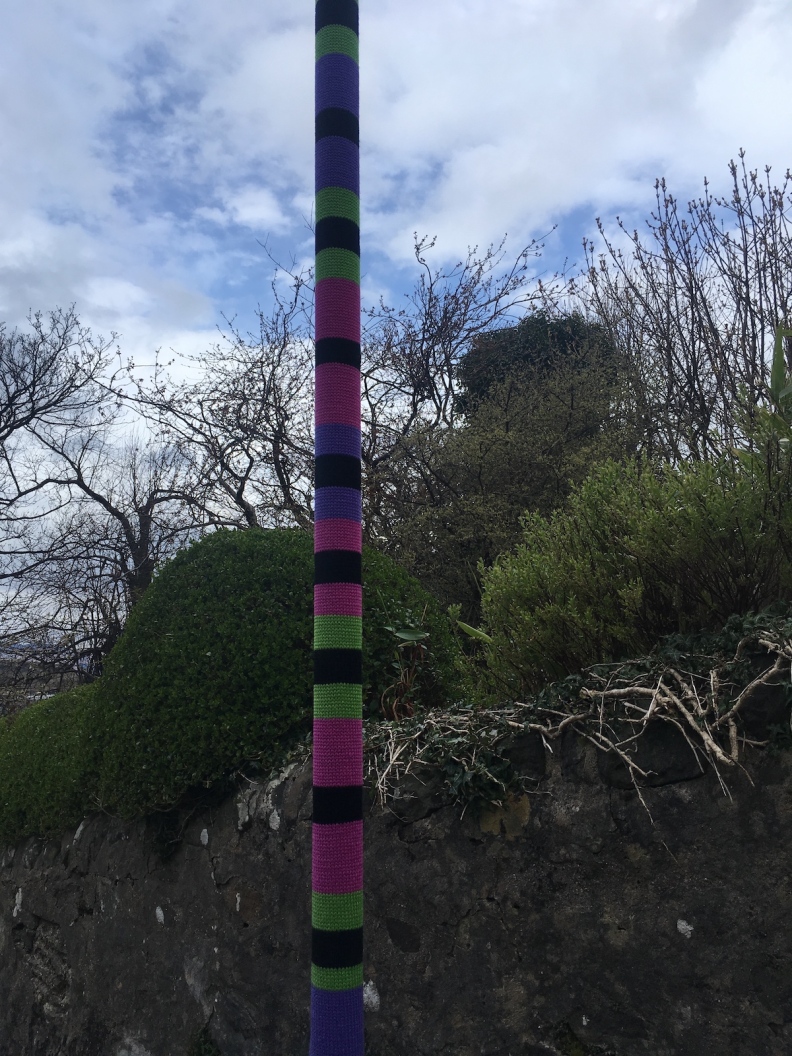 This house has some legs in the garden. 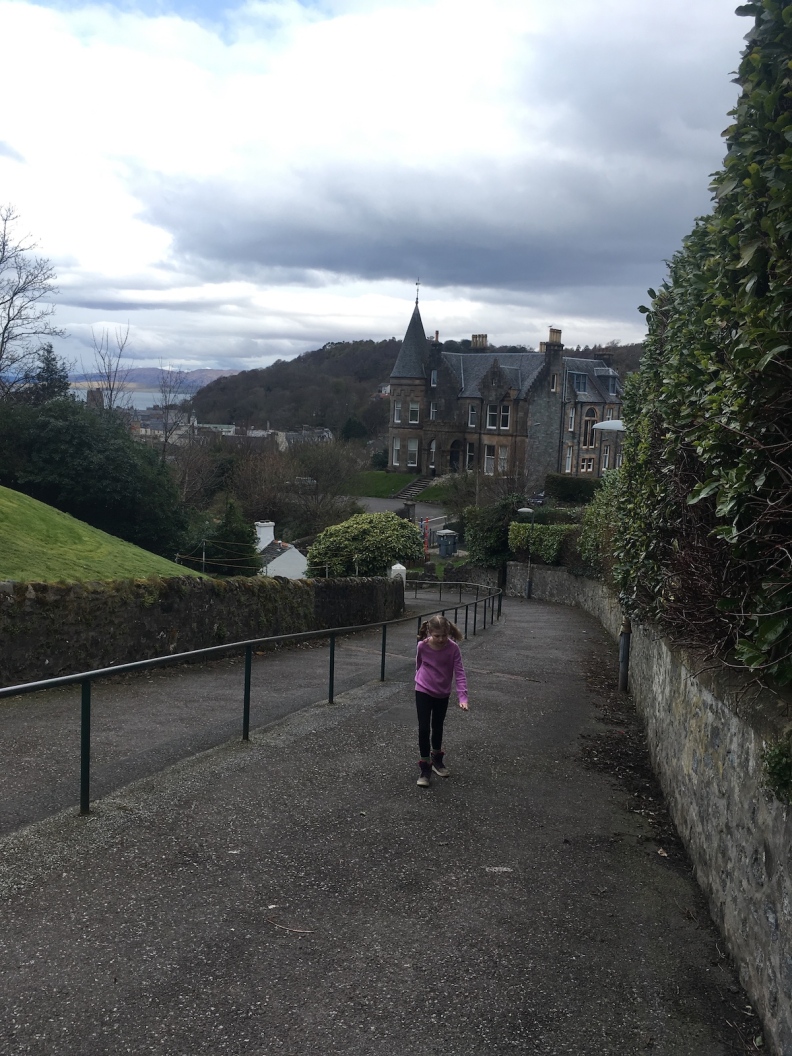 About 25 miles north of Oban is Stalker Castle, which was made famous in Monty Python and the Holy Grail. It sits on an island in a loch. You can take a boat to it during the summer months but we just admired it from a nearby hill.

Someone offered to take a photo of us all with it in the background and he did a good job: 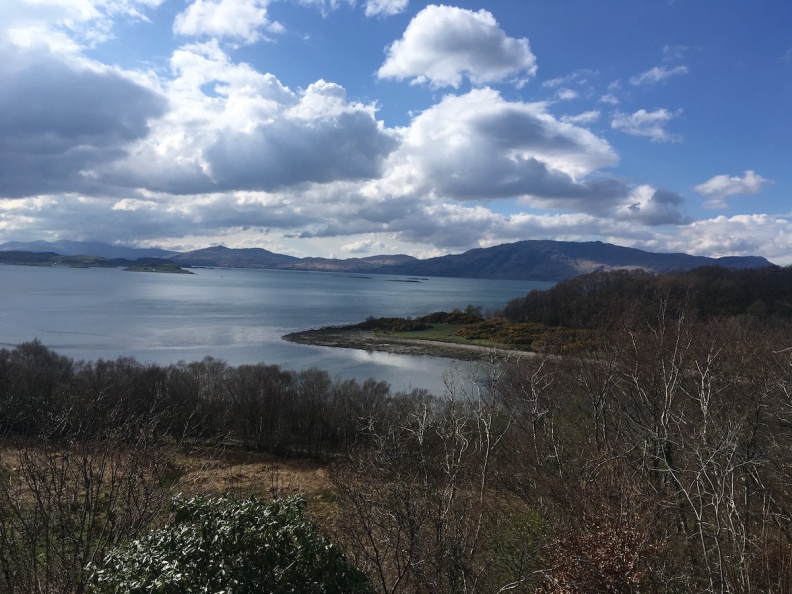 Back in Glencoe we wanted to go for a walk just as it started to sleet but being tough antipodeans we were not deterred. 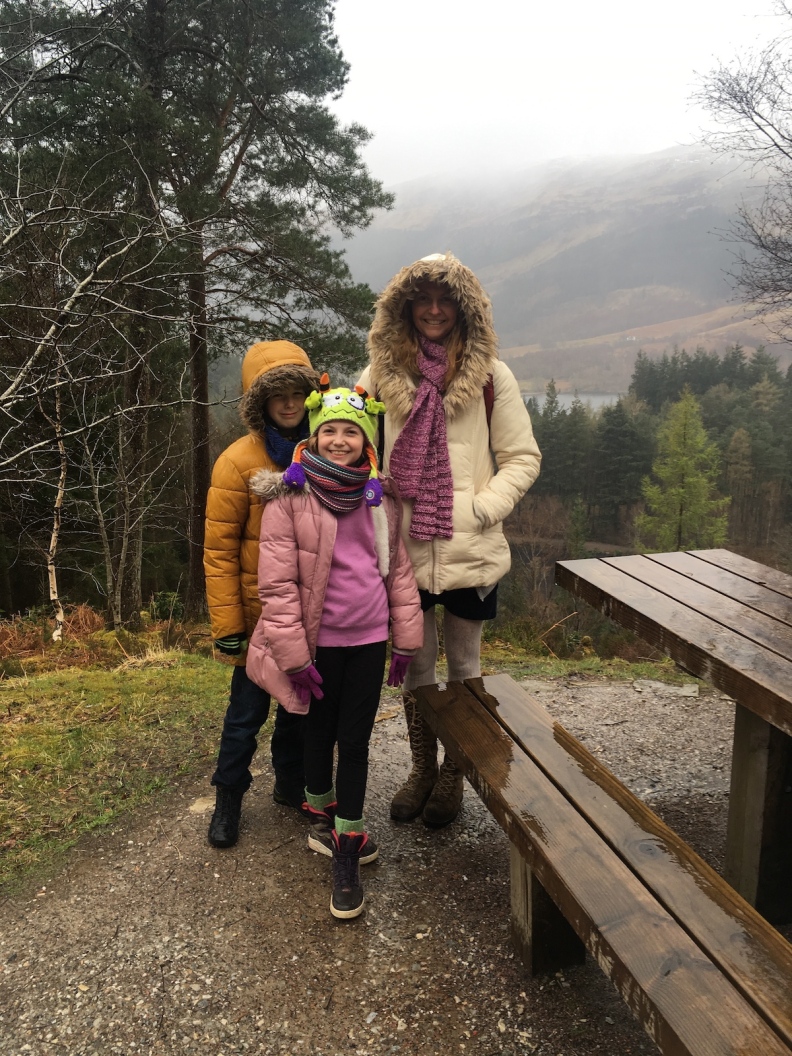 About five minutes later the sun came out. 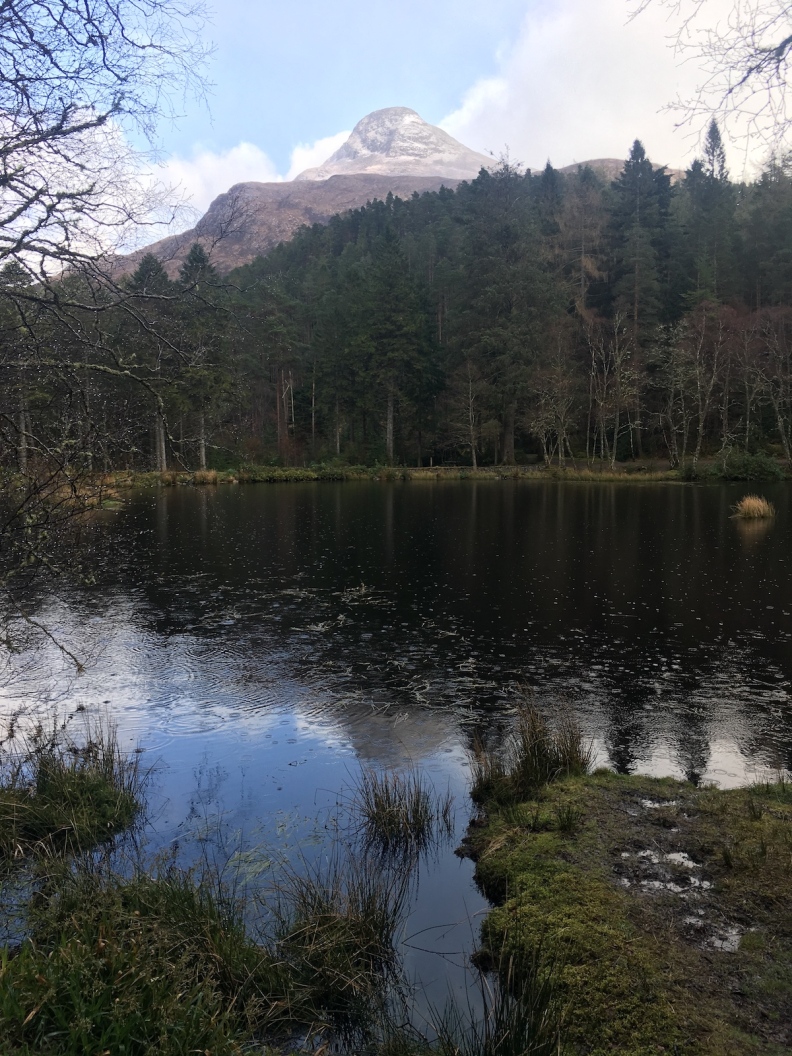 One Reply to “Oban, Stalker Castle, and Glencoe”