We finished our weekend in malt whisky country with a trip to the Glenfiddich distillery in Dufftown. Before leaving Glenlivet this morning – which is where we spent our weekend – I got this nice photo of the Glenlivet distillery from afar. 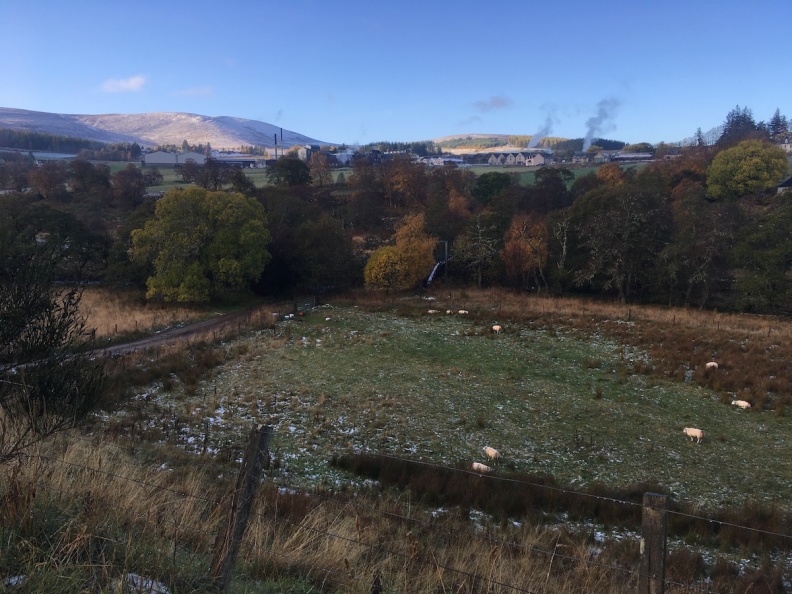 The drive from Glenlivet to Glenfiddich is not very far: about 10 miles and very picturesque. Ben took lots of photos from the car. 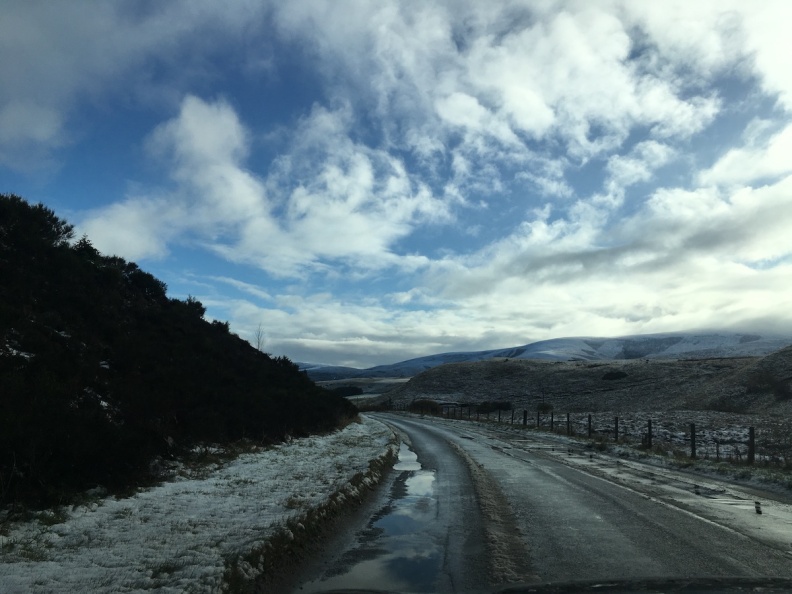 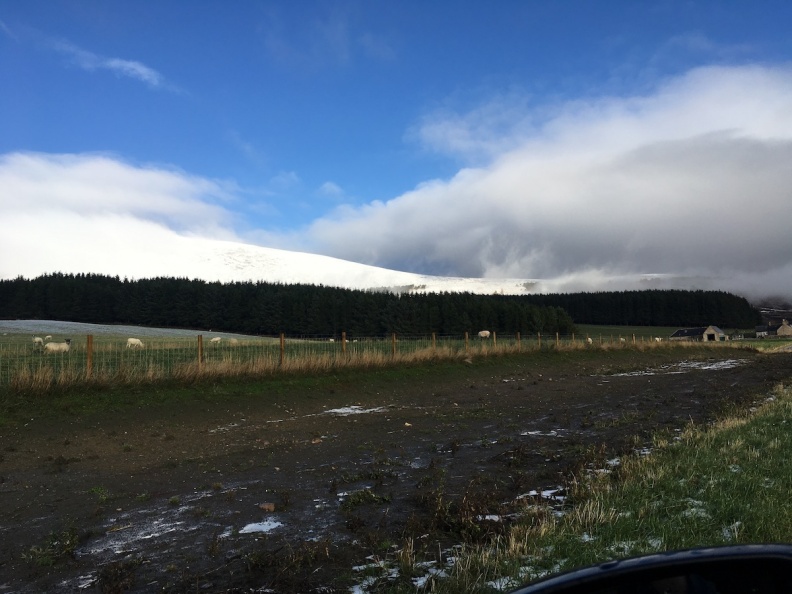 Dufftown is the heart of whisky country and in addition to the Glenfiddich distillery, it’s also home to Balvenie, Dufftown, Glendullan, Kininvie, and Mortlach. It’s very cute with lots of old stone cottages, a central clock tower, a whisky ice-cream shop, and a whisky museum. The population is 1,667.

It’s surrounded by hills which you can see glimpses of up and down the side streets as you walk through town. Glenfiddich is a short and pleasant 15 minute walk from the centre of town. 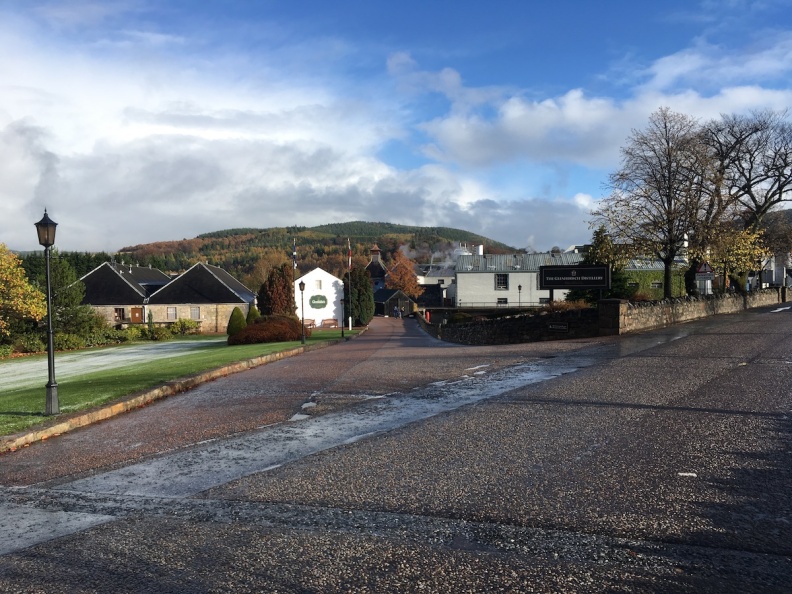 I was so impressed with this distillery. Unlike Glenlivet, children can accompany their parents on a tour so we all did the 1.5 hour explorer tour which was £10 for both of us and free for the kids.

Glenfiddich is one of the few distilleries that is still family owned and by the same family who laid the first stone in the first building on the site. William Grant and his nine children built Glenfiddich from scratch in 1886.

The tour takes you through the whisky-making process from barley to bottling.

This next photo is inside one of the mashing machines where they mash the barley with water in one of the first stages of production. 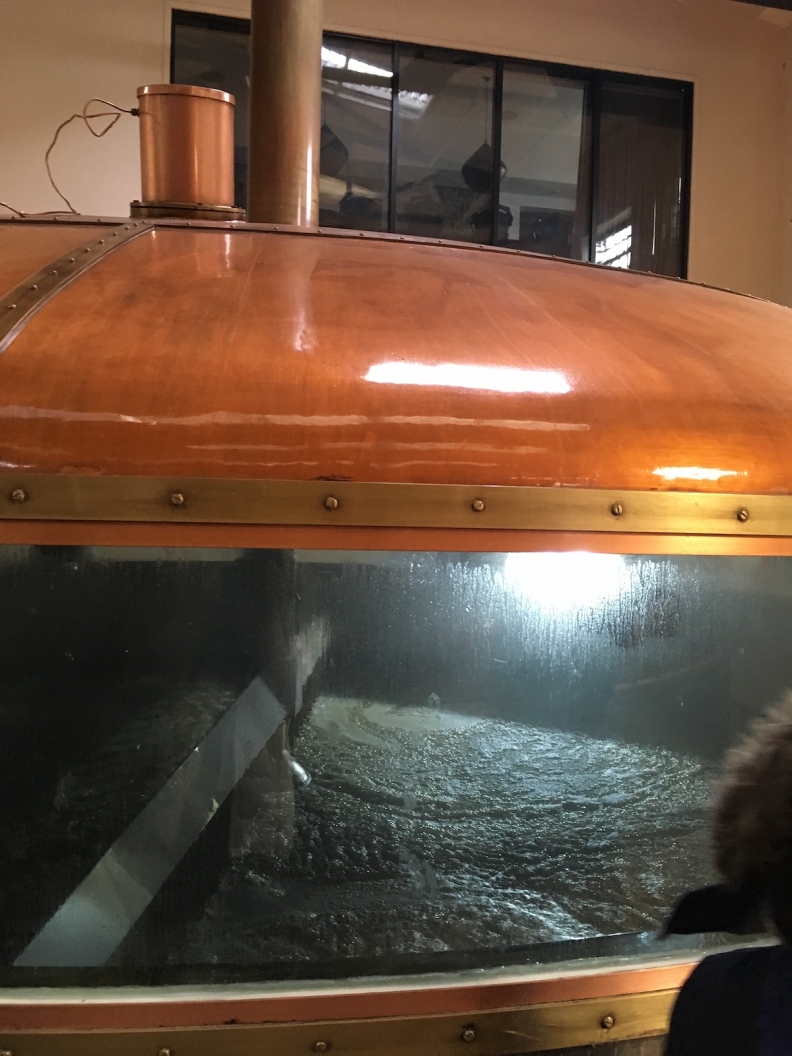 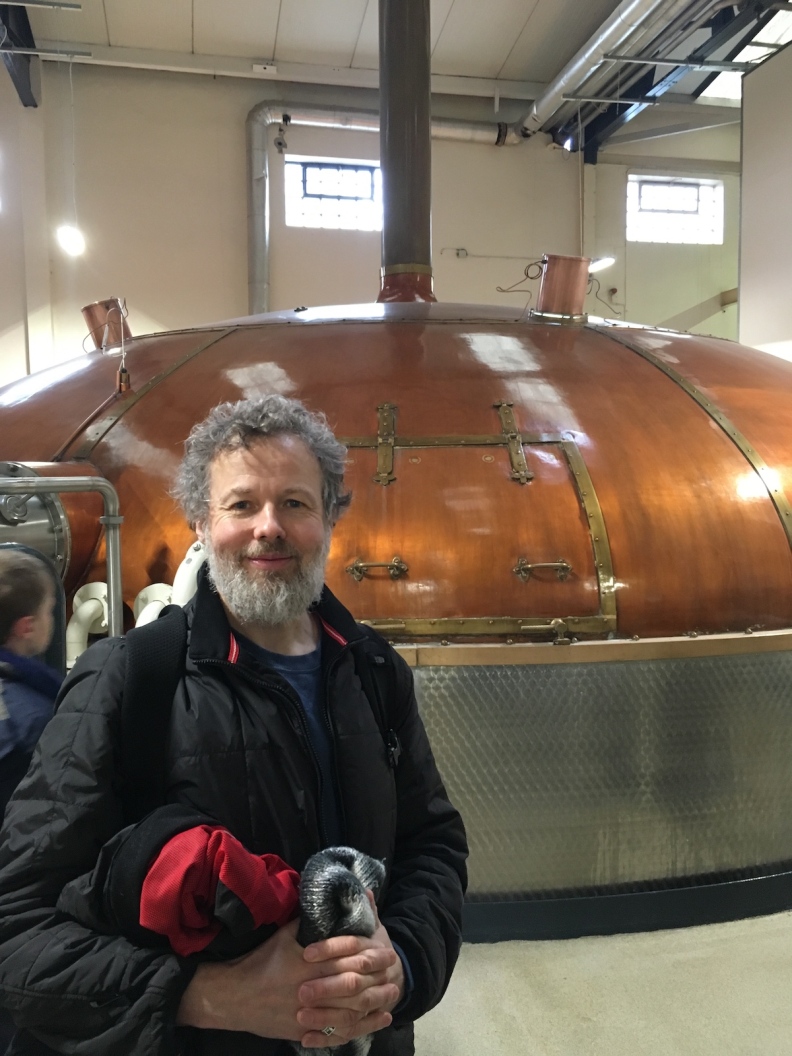 Yeast is added next and the mixture ferments in these giant timber barrels which are made from fir trees. They are much deeper than they look in the photo as the metal floor is raised right up high near the roof of the building.

Next comes distillation in the copper stills. 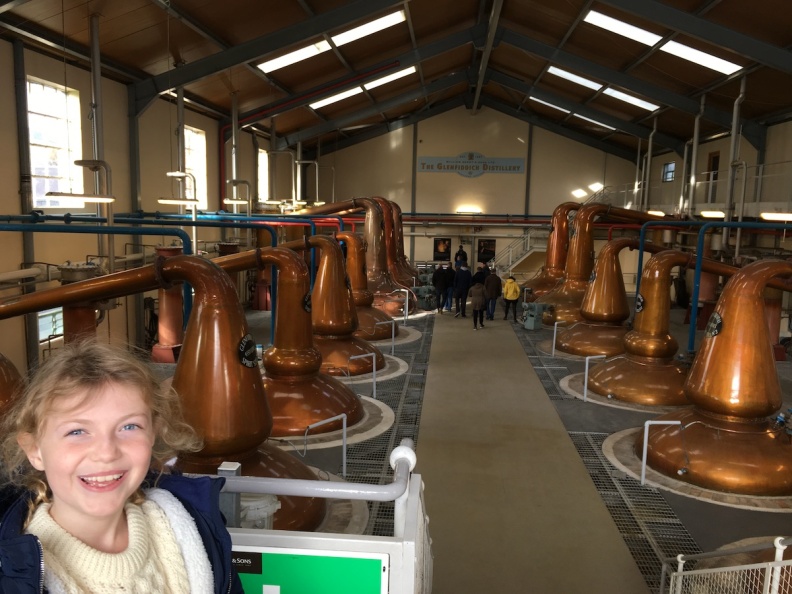 After this the liquid sits in oak casks for a minimum of 12 years. I wasn’t able to take photos in the cask room because of the high concentration of alcohol vapour in the air. There’s a risk of explosion apparently.

Glenfiddich gets its water from a family-owned spring called the Robbie Dhu spring. You can drink the water from the spring at this tap and it really is delicious, clean, and fresh. I asked the kids to pose for a photo next to it and here’s what they did. 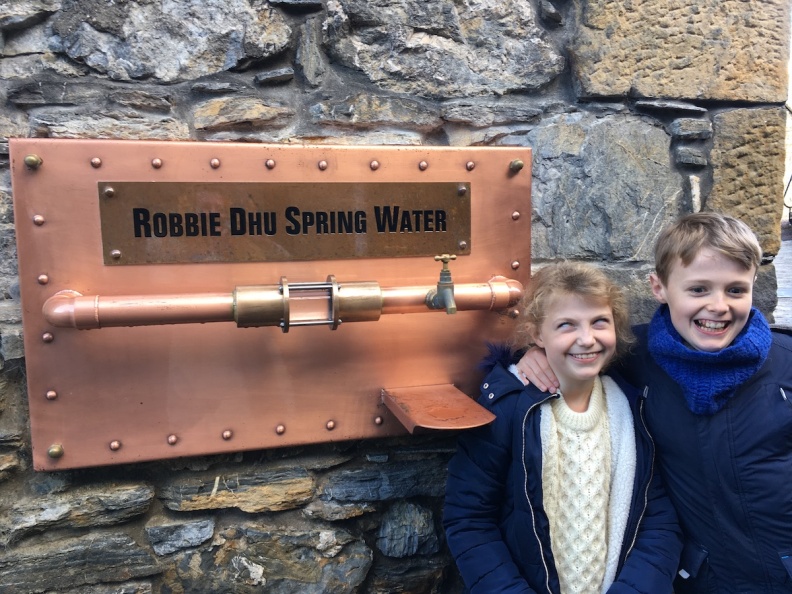 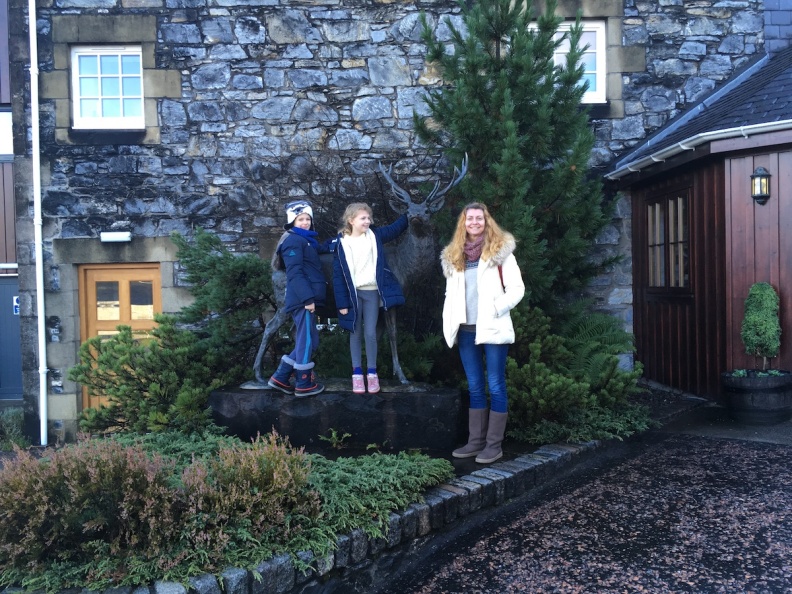 We had lunch in the restaurant after our tour and I can’t fault it. I ordered the vegetarian haggis which was cooked in a whisky sauce and it was the best haggis I’ve ever had. Even the toilets were second to none. I took this video of the inside of the ladies toilets in the hand-washing area.

Glenfiddich really is a fantastic tourist attraction and it’s right on our doorstep. I’m amazed we haven’t been there before but I’m sure we’ll go back.