I’ve never seen so much snow outside our front door before. Aberdeen is looking gorgeous this morning for the first day of spring. 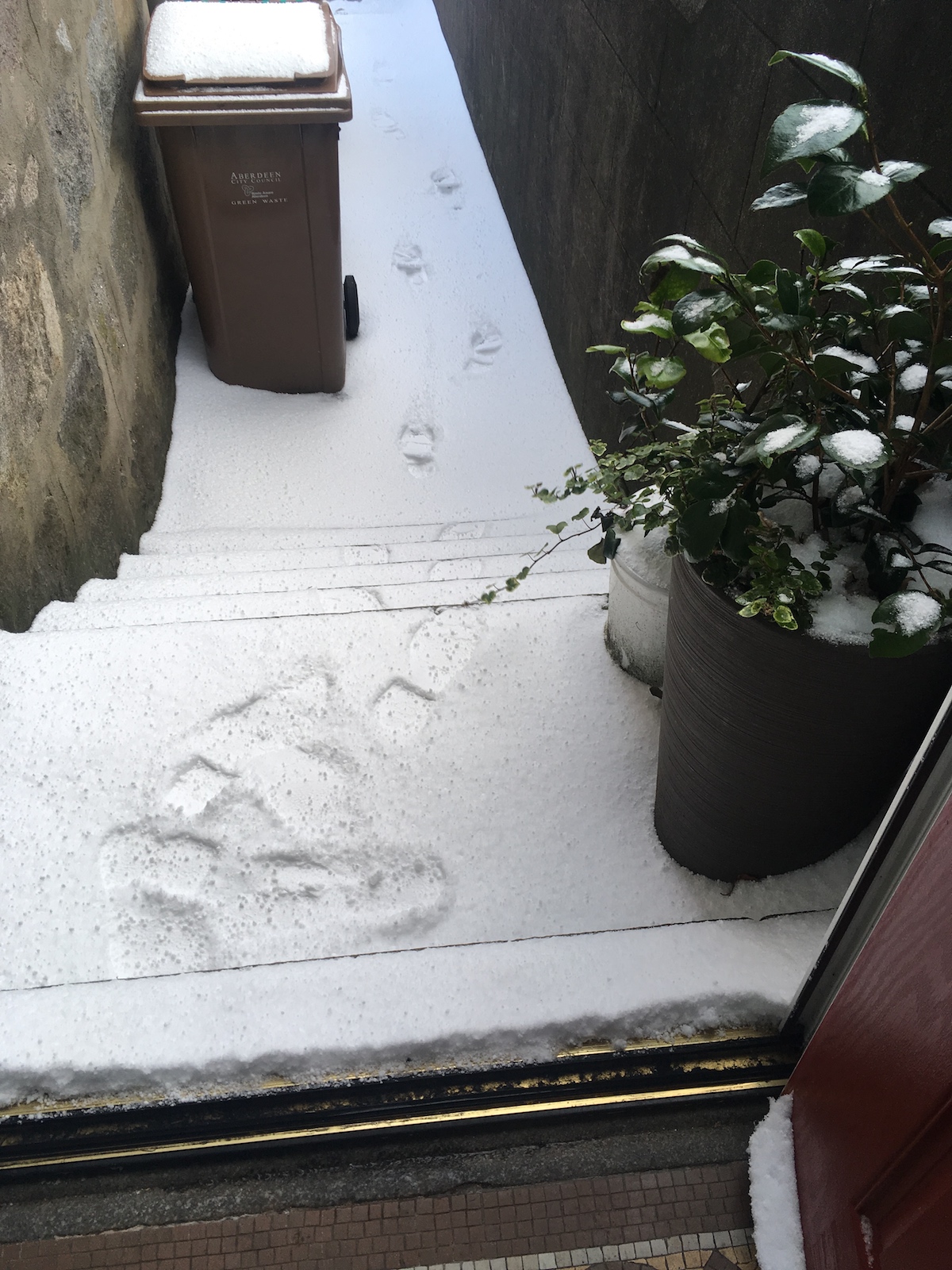 I flew back to Aberdeen from Nice yesterday afternoon and I’m very lucky to be here. All other airports in Scotland were closed and all BA and Flybe flights in and out of Aberdeen had been cancelled. I flew KLM but they too had issues. We were an hour late leaving Nice because all their computers were down. The pilot told us we couldn’t leave until he’d filled in all the paperwork because … no computers. How can they fly without computers? Was he mapping his flight path on paper? The worst was running through my mind – we’re going to crash into another plane! Adding to the trauma was the fact I had a middle seat and the people on either side were both using the armrest. Everyone knows the person stuck in the middle gets the armrests. Not only were they using the armrests but their elbows were protruding into my space. Outrageous! I learnt my airplane etiquette from Jim Jefferies.

We didn’t crash but by the time we arrived in Amsterdam I had 20 minutes to get to my connecting flight. I ran the whole way but when I got there I discovered it too had issues. The hostess came online to tell us, “We have a plane, we have catering, we have the crew, but we still don’t have the cockpit crew …”. We sat waiting for a pilot for another hour. Meanwhile I could see all the flight cancellations in Aberdeen. When the pilot finally arrived and we were all boarded he told us the weather in Scotland was bad and that he had enough fuel to turn  us all around and come back to Amsterdam, if necessary. I’ve never landed on a snowy runway before but we did, we skidded slightly, and then everyone cheered when it was clear we’d made it. I took a pic of the landing: 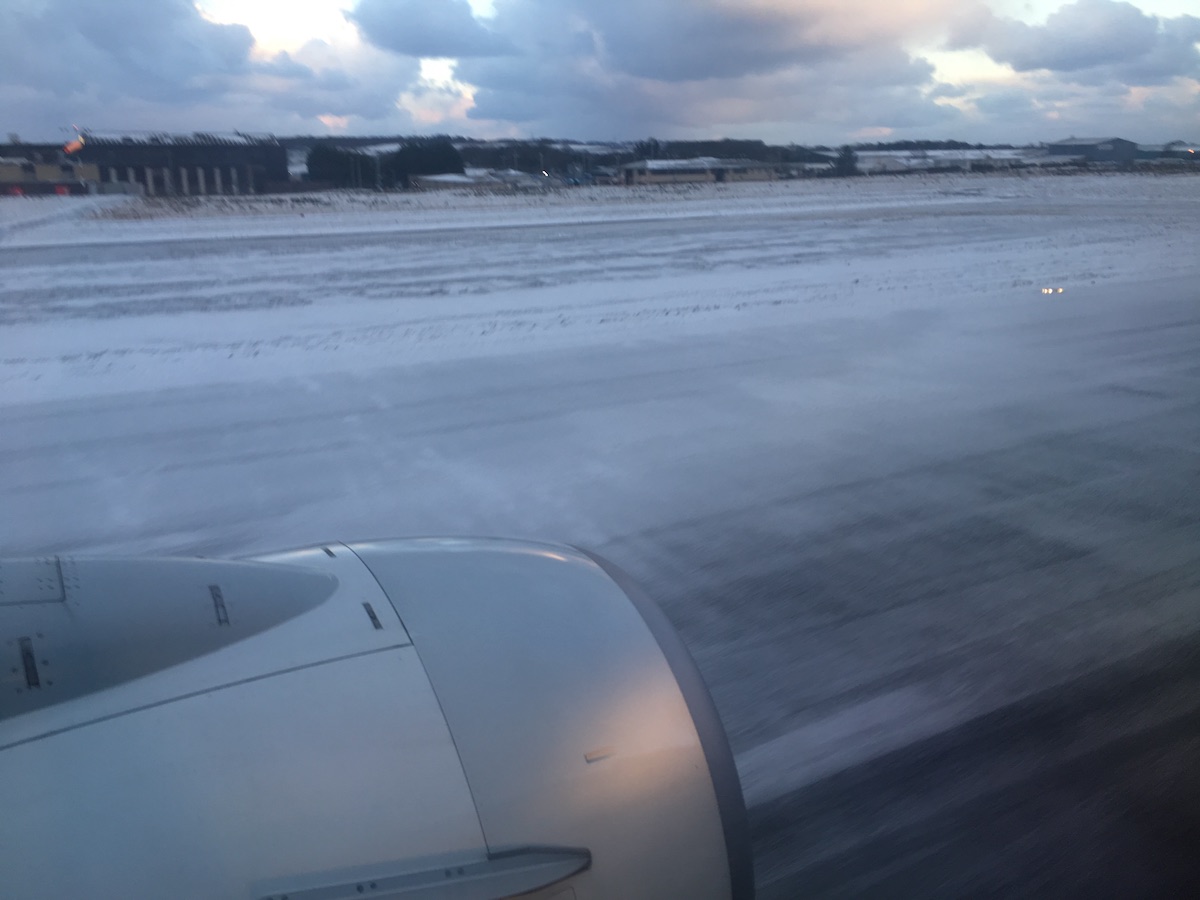 Scotland was all white flying in.

It’s so nice to be home.

5 responses to “First day of spring”