Build your own computer kit for kids

Elizabeth received a Kano computer kit for Christmas this year. It consists of a Raspberry Pi with all the other bits required to build your own computer and learn to code. She’s very interested in learning programming and I’m very happy to encourage this (although I keep trying to tell her there’s much more to computer science than just programming). I’m always lamenting that schools teach children how to use software rather than the concepts needed to create it. Kano is really nice because they learn about the hardware as well and can assemble the computer themselves.

She put it altogether really quickly and without any help at all from me. The instructions are very clear and easy for anyone to follow. 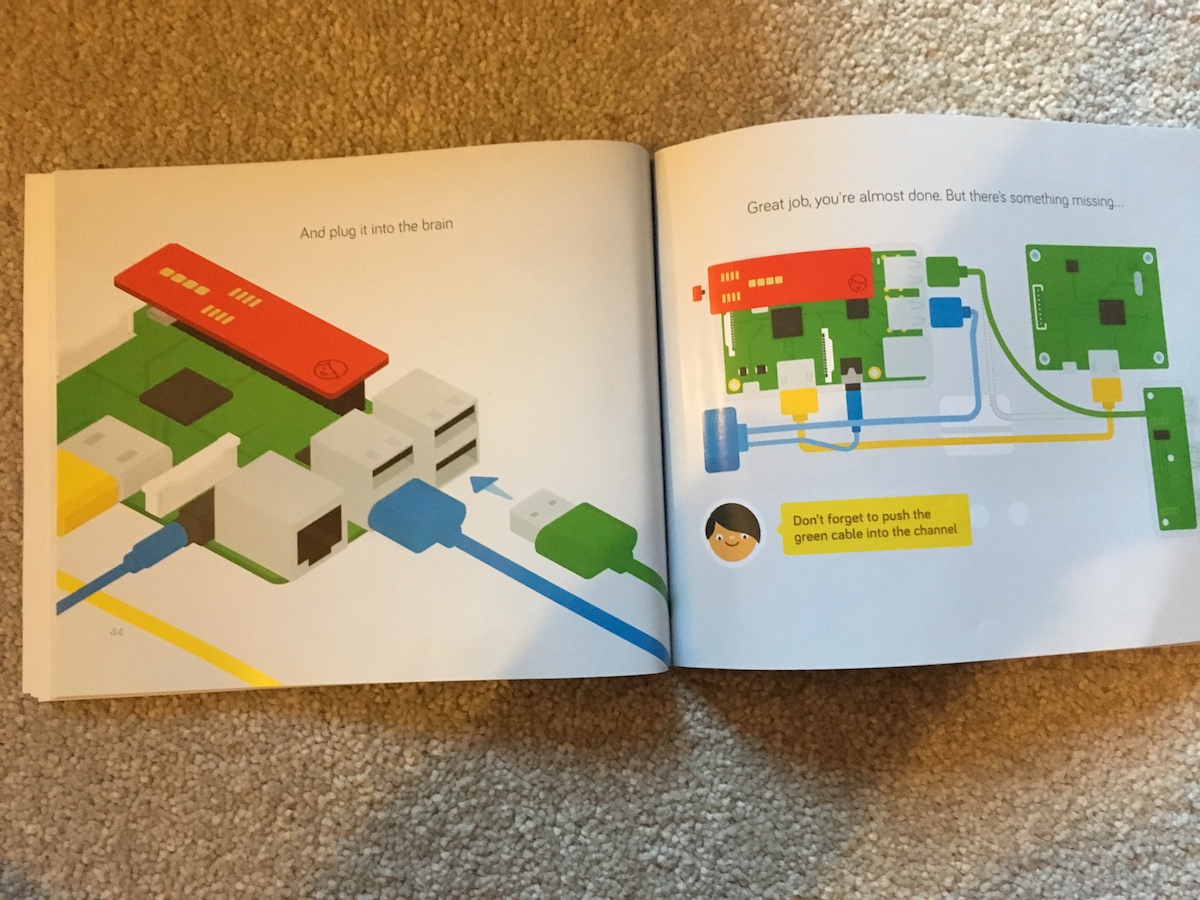 However it was not all chocolate and strawberries. The damn thing wouldn’t work. I wasted a couple of hours on Christmas morning double-checking all the connections and testing different cables I had lying around the house. Eventually I went to the company’s Facebook page where I found several reports from other frustrated parents around the planet whose children also couldn’t use their new toy. Kano were pretty non-responsive and I don’t blame them – it was Christmas after all and they likely wanted to enjoy the day with their families too (speaking as someone who works in support and also wanted to spend the day with my family). But all was not lost. The beauty of the internet is that people can share troubleshooting ideas and successes which is exactly what happened.  One frustrated parent found a solution which was shared on the Facebook page and this is what worked for me. It turned out the problem was due to a faulty power switch connected to the Raspberry Pi. I simply unplugged it and instead plugged the Raspberry Pi directly into the power outlet. Bingo! It worked and Elizabeth is very happy. She loves it! 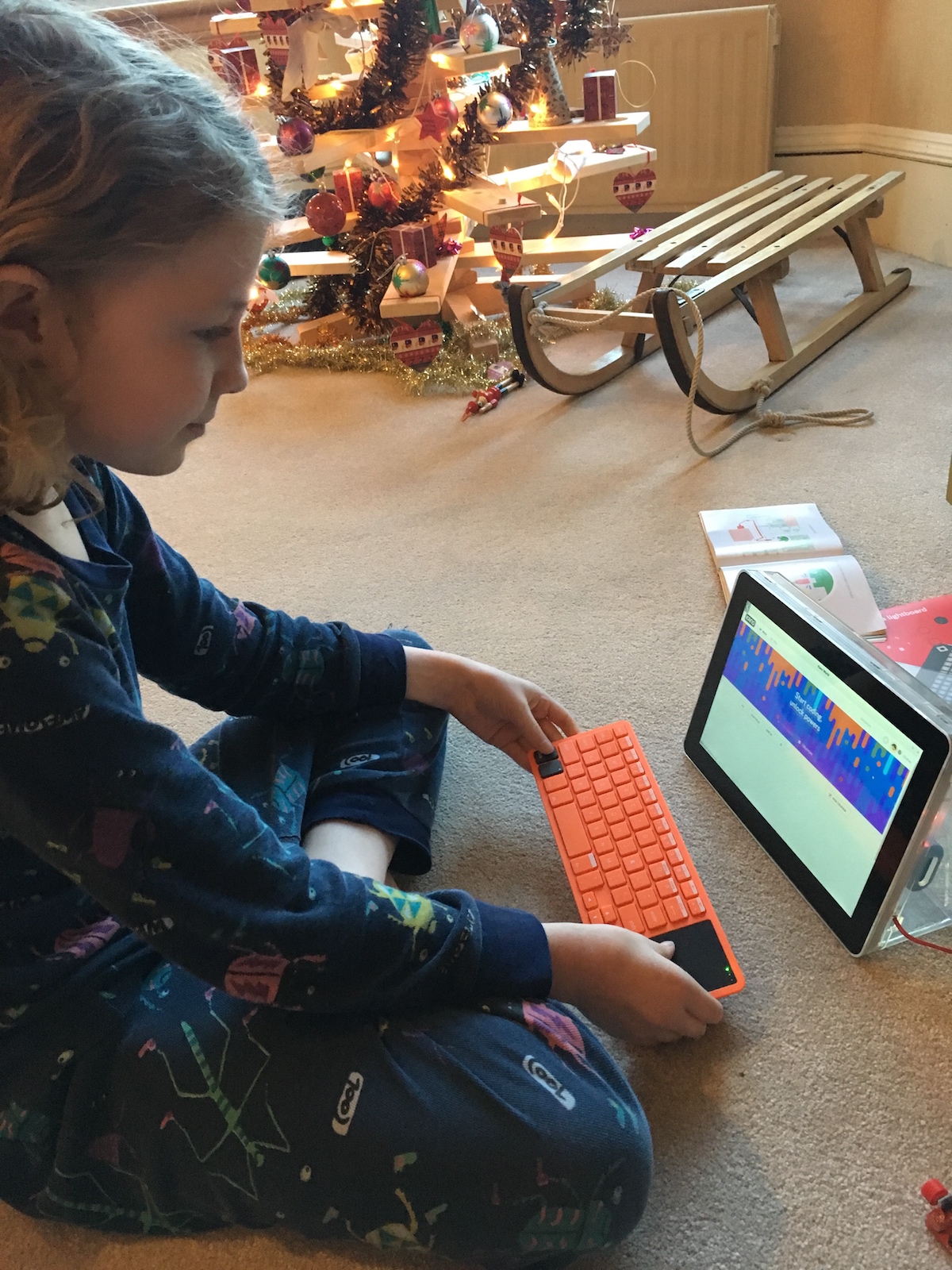 I haven’t had a close look at the operating system but it’s built on a distribution of Linux and includes its own visual programming language – Kano Blocks – which can output code in Javascript and Python. Elizabeth hasn’t had any trouble using it and she’s 7 so it gets a kid-friendly thumbs-up from me. It’s basically a laptop that also connects to the web and will also let her watch DanTDM YouTube videos. 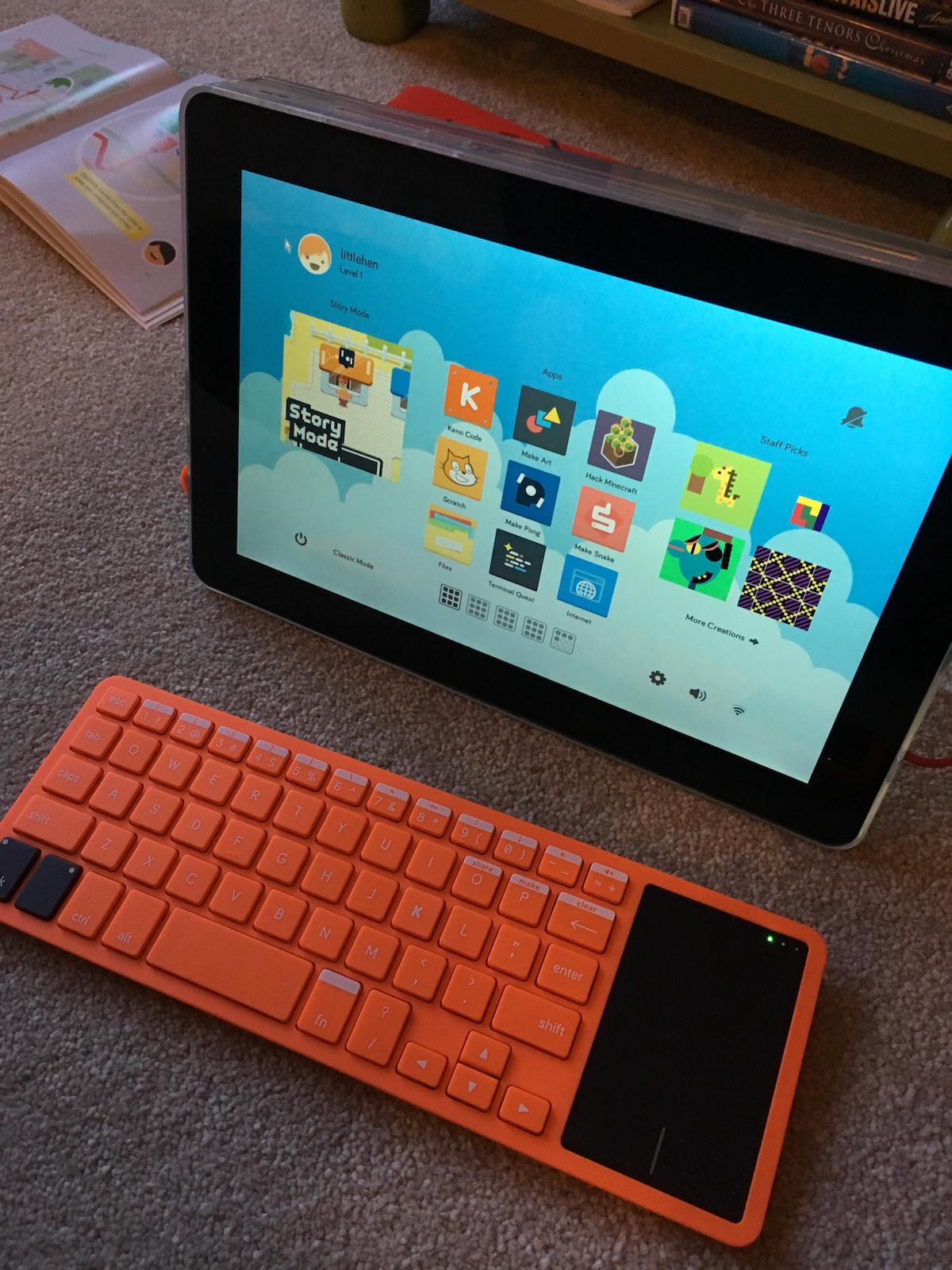 The innards of the computer sans battery and switch:

I think it’s a fantastic concept and a great way to introduce children to computer science. The company just needs to address a few quality issues and once they’ve done that, it’s a sure winner.

13 responses to “Build your own computer kit for kids”