I spent most of my day off yesterday working in the school garden. Somehow it doesn’t look much better despite my best efforts. It’s just an ugly garden. Most of my time was spent removing a rogue bamboo which spreads faster than any other plant I’ve seen. I do like bamboo and I wouldn’t mind it normally but there are other plants in the bed and it completely takes over. So I got rid of all of it and put in some heather and violas. 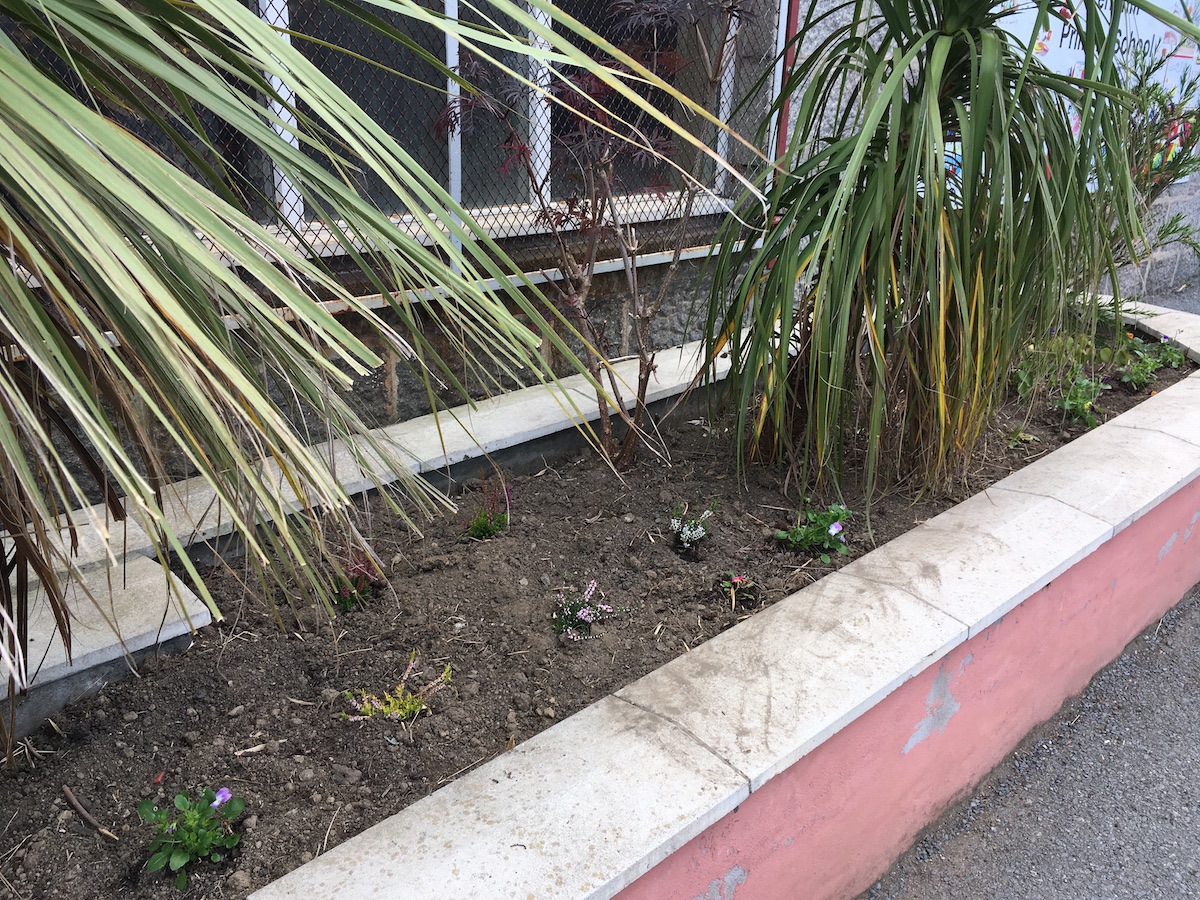 I originally thought those two spiky plants were New Zealand cabbage trees but locals tell me they’re some kind of South African plant. They just look ugly in this garden. They’re not very leafy and look straggly. It’s probably not the right climate. Anyone know what they are? I’m tempted to dig them out.

I planted the small shrub on the very left in this next photo as well as the violas. There’s so much concrete and asphalt in the playground and it desperately needs soft and leafy things to balance the harshness.

I’ll post some pics again in the spring to compare back to these and see whether it looks any better.

4 responses to “The school garden”