We cycled to Newton Dee again yesterday and I got this jumping shot for my friend, Stew. Stew is going to give me a cameo in one of his films one day 🙂 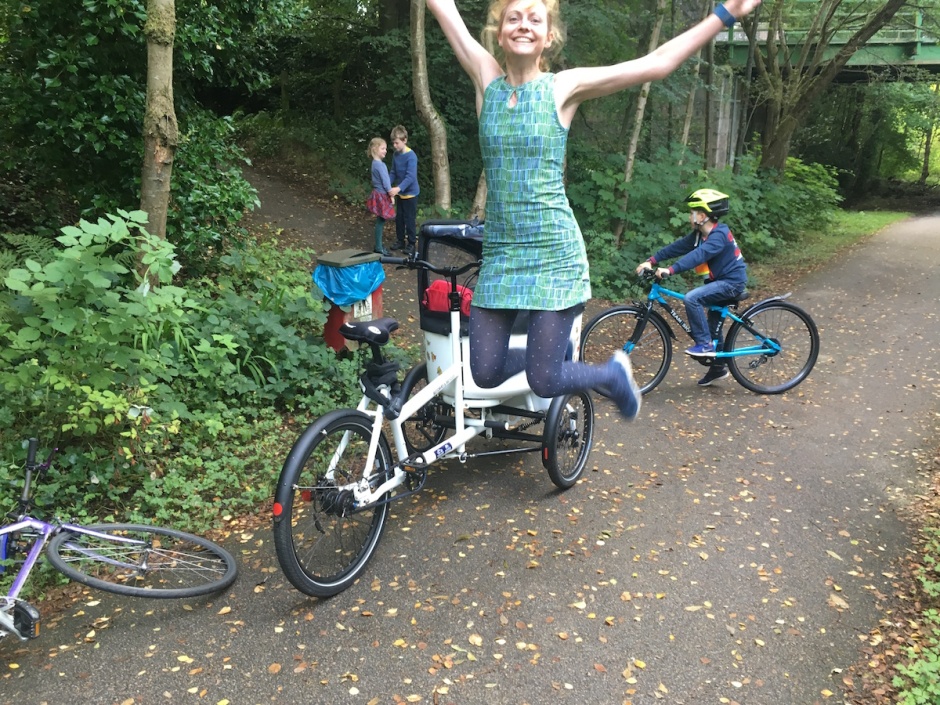 This week is my company’s annual grand meetup but I’m not going because it’s in Whistler. I know what you’re thinking: Whistler!! Why isn’t she going to Whistler? Everyone loves Whistler.

Whistler is about 120km from Vancouver which is right next to the Cascadia subduction zone. Subduction zones produce the world’s biggest earthquakes and Cascadia will produce a magnitude 9 or higher. There’s a 7-15% chance of Cascadia rupturing over the next 50 years.

I thoroughly enjoyed last year’s Grand Meetup in Park City and have been looking forward to this year’s ever since and so I felt bummed when the location was announced. Now it looks like I’ll never go to a Grand Meetup ever again because they’re all going to be in Whistler for the foreseeable future. All I can say is I hope Whistler really sucks. I hope it rains every day and that a pack of bears surrounds the hotel  and holds everyone hostage; I hope the food tastes like crap and they run out of coffee; I hope the beds are full of bugs and the swimming pools green; I hope the toilets don’t flush and the wifi is crappy. But of course I’m sure it’ll be wonderful and everyone will love it and as long as I’m not there there’ll be no earthquakes. If I go, there’ll be an earthquake for sure.

We’ve just passed the six-year anniversary of the start of the Christchurch earthquake sequence. The very first earthquake was a magnitude 7.1 on September 4th 2010 at 4:35am. Since then there have been over 14,000 earthquakes in the region. I’m not sure how many I personally have felt – too many to count – but one thing I can say for sure is immersion therapy doesn’t work. I’ll be very happy if I never experience another earthquake ever again for the rest of my life. I’ve been there, done that, and I think I’ll skip that experience again, if possible. There are parts of the world I will never go – the Pacific Ring of Fire, Turkey, Italy, China, Iran – because of the earthquake risk. It’s just not worth it in my view.

When I shut my eyes and concentrate I can still transport my mind back to one of those Christchurch earthquakes. I can still hear the sound and feel the shaking and relive my fear. Some people forget things like that but I don’t. I know exactly what it feels like and it’s unpleasant. I also remember the anxiety that follows – it’s not like other natural disasters that have a start and a finish or, as in the case of weather-related disasters, some warning either from the Met Office or just by looking at the sky. Earthquakes come without warning and they go on and on for years and you never know when the next aftershock will strike. Sometimes the aftershocks are worse than the initial quake. For every second of every day, 24 hours a day, seven days a week they can strike. There’s no warning, no down-time, no relax and recover time.

Here’s a nice animation of every quake in Canterbury over the past five years.