A part of me is dying right now. The Aberdeen City Council is killing the remaining few mature trees on our street because they’re afraid of being sued. Once upon a time our street was so beautiful that artists painted it. Here’s how it used to look:

Here’s how it looks right now: 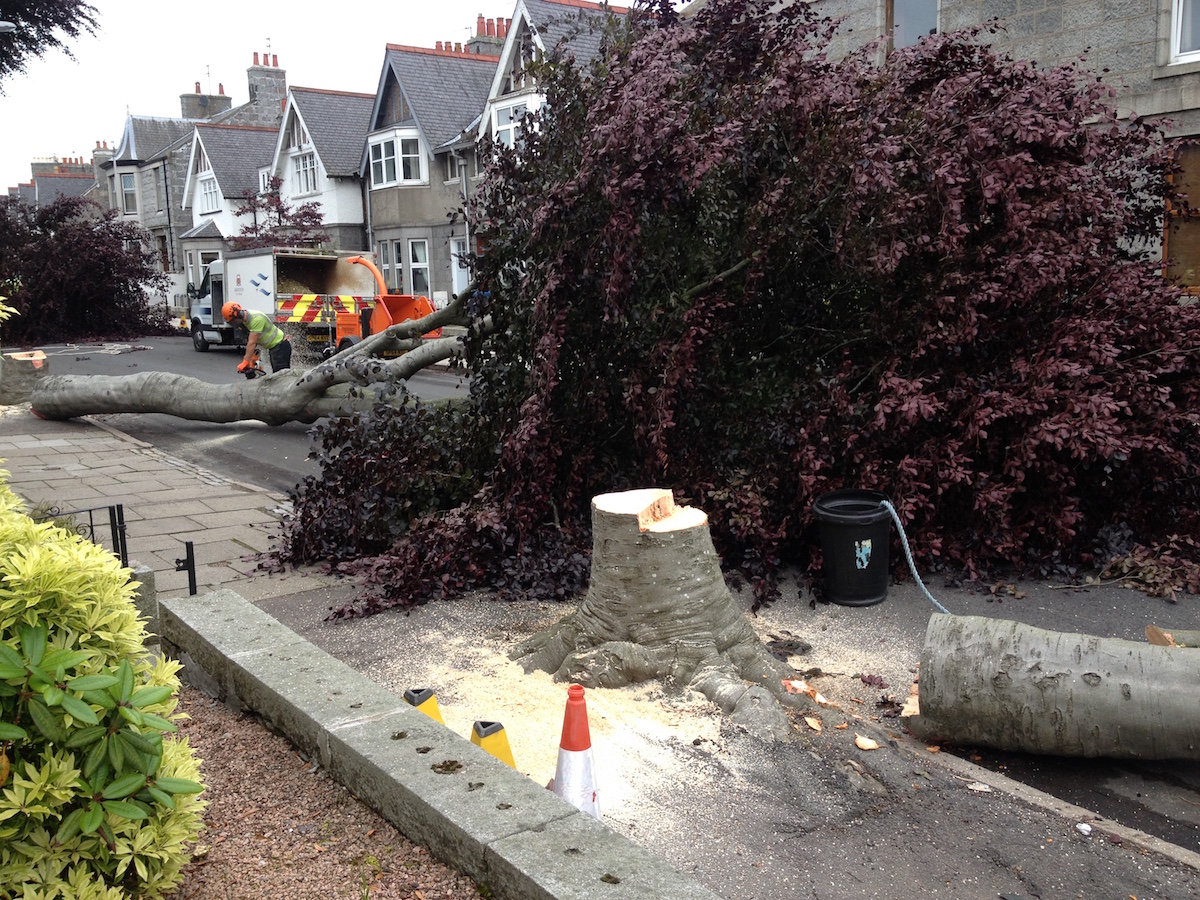 To say I’m upset by this is an understatement. The council is full of old men without testicles and no taste. They don’t know a beautiful thing when they see it. Right now I’m bawling my eyes out. I’m so sad but so cross at the same time. I hate them. I hate them all. Human stupidity is infinite.

This street will never, ever look like it once did. They’ve put in new, younger trees but they’re much smaller and will never have the grand majesty of these copper beech trees even once they reach maturity, decades from now.

Two of my friends on the street said they objected to the removal of the trees originally but that they were outvoted. One friend also had numerous trees over her back fence and these were also removed by the city council despite having a TPO (tree preservation order). Apparently only the city council can issue a TPO but they can also remove it at will. Who protects the trees from the city council?