Once when I was cycling home from school an overweight woman yelled out to me, “Where’s your helmet, Mum?”. I might have been wearing the Hövding at the time, I can’t remember, but that’s beside the point. I could have replied with, “Why aren’t you exercising, fatty?”, but I didn’t because that would have been rude and whether she wants to be a couch potato or not is none of my business.

I’ve also had people tell me that I shouldn’t be treated at hospital should I have an accident while cycling when I’m *not* wearing a helmet because it would be my own fault. I typically do wear a helmet, the Hövding, but occasionally I forget it or I leave it at home deliberately  because I’ll be walking around all day and I don’t want to carry it with me. Most people don’t realise it’s a helmet anyway but it really shouldn’t matter. If we follow this logic to a conclusion it leads us to refusing to treat obese patients because it’s their own fault or liver disease in alcoholics because it’s their own fault. Of course I don’t believe any of this to be true at all and we should definitely treat these patients. But people don’t tend to apply judgements like this in these instances so why do they do it for helmets? Why does whether or not I wear a helmet bother other people so much?

I cycled to Newton Dee today. It was wonderful. Here’s a pic: 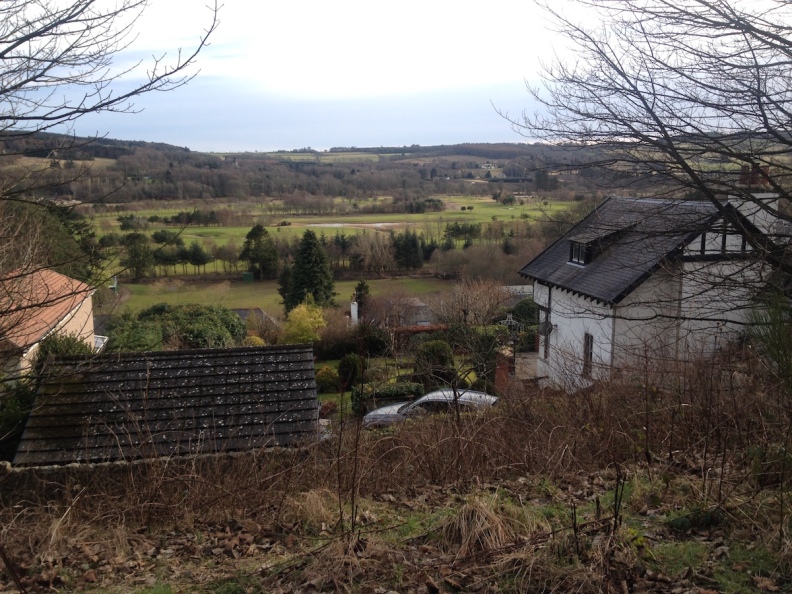 I forgot to take my helmet with me. Oops! However I cycled along a traffic-free pathway the entire way and I’m carrying a cargo of 100kg so I’m pretty slow. I have had joggers overtake me on more than one occasion and I don’t shout out to them, “Why aren’t you wearing a helmet?”. That would be silly.

The risk of having a fatal head injury while out cycling is very small. It’s far more dangerous to lead a sedentary lifestyle. Why aren’t the helmet brigade shouting at people to get off their arses and do some exercise? The World Cancer Research Fund recommends eating no more than 300g of red meat per week to reduce the risk of cancer. Are the helmet brigade shouting at these people to reduce their meat consumption? The UK government recently warned that “Drinking any level of alcohol regularly carries a health risk for anyone”. Who is shouting at the millions of people who drink alcohol?

I read a good opinion piece in the Guardian recently about helmets and how people seem to think it’s ok to shout at cyclists who choose not to wear a helmet or to refuse treatment for cyclists who end up in ER. Here’s an excerpt.

Let me begin with a story.

Last night I walked into a pub and spotted a guy with two empty pint glasses in front of him. He had a lovely fresh third pint poised at his trembling lips. Fantastic, just what I was looking for.

“You idiot!” I shouted as I stormed up to him, pulling the glass away and pouring the contents onto the floor with a dramatic flourish. “Stop drinking or you will die!” I walked on, chest puffed out with pride. Another liver-abuser converted. I have saved a life. This feels good!

Next stop, Colonel Chicken’s Cluck Shack. A queue of smelly teenage schoolboys in ill-fitting blazers, greasy hands tucking into breaded legs and fried potatoes. One walked out and I grabbed his oil-stained cardboard box, shaking it in his face “This filth will kill you, you fool. How DARE you eat it?”

I followed him home, pushing past his mum as he walked towards the XStation. I ripped the cables out and stamped on the machine, before he has a chance to insert Galactic Death Wobblers 5. “I hate you and your sedentary lifestyle, you WANKER.”

Feeling pleased with my evening’s work, I headed home to finish a relaxing evening by shouting online at other imperfect people for making lifestyle choices that differ from my own. Lovely. A bike helmet debate is brewing. “GET A HELMET, DARWIN FODDER,” I typed. Send. Smile. Another life saved.

It’s a bit weird, definitely a waste of energy and not a fun place for cyclists to share space in. In fact it’s not a debate at all, and most of us are sick of it. It distracts from the real issues and it makes cycling that little bit more intimidating.

He then goes on to say that he’s neither pro- or anti-helmet and neither am I. I wear a helmet almost all the time but I think it’s perfectly fine if others choose not to wear a helmet. Far worse is to sit at home and not do any exercise at all. The biggest public health problem in the world today is physical inactivity and not cyclist head injuries.

11 Replies to “The helmet brigade”