The bridge crossing where I have to dash out in front of four lanes of traffic just to cross the road joins a roundabout which is partly why it’s so unsafe. Cars come racing around the roundabout and onto the bridge. By the time they join the bridge they’ve left the roundabout and are usually accelerating and not looking for pedestrians crossing the road.

How can we cater for pedestrians and cyclists in such places?

Doing nothing is not a good solution and nor is writing it off as too hard or too expensive. Cycle paths pay for themselves. A study out of New Zealand last year found that investing in cycling infrastructure returns benefits 10-25 times greater than costs. A recent Finnish study found similar benefits with in the worst case, a benefit of twice the cost to build the infrastructure, and at best, 10-14 times the cost to build. A study by the City of Sydney found that for every dollar spent on cycling infrastructure, $3.88 was returned to the community. I’m sure I could find more evidence of the benefits with a bit of searching but isn’t this enough? Why isn’t more being done? At a time when we need to use our cars much, much less than we do because they produce greenhouse gases and noxious fumes which pollute the air, they also cause congestion which costs money, and contribute to our sedentary lifestyles which is an unnecessary burden on public health care.

But back to my initial question about how to make roundabouts safe. There are lots of possibilities. Only a lack of vision and courage holds us back.

The next photo is a roundabout in the Netherlands where both pedestrians and cyclists are catered for and cars must give way. 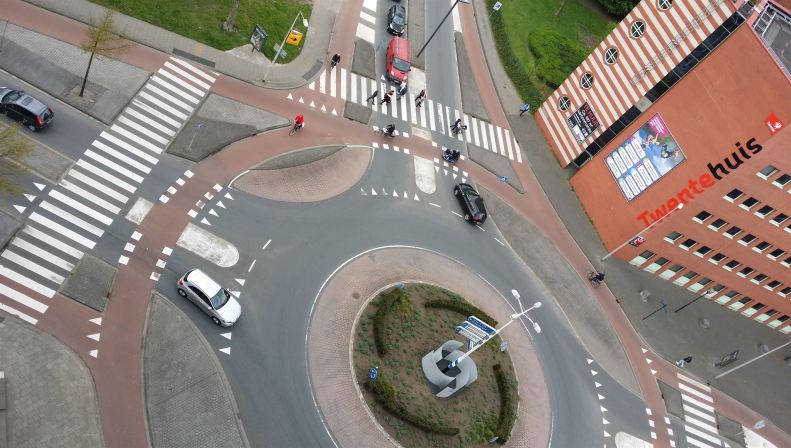 The next photo is much more ambitious and also in the Netherlands. It’s a floating roundabout. 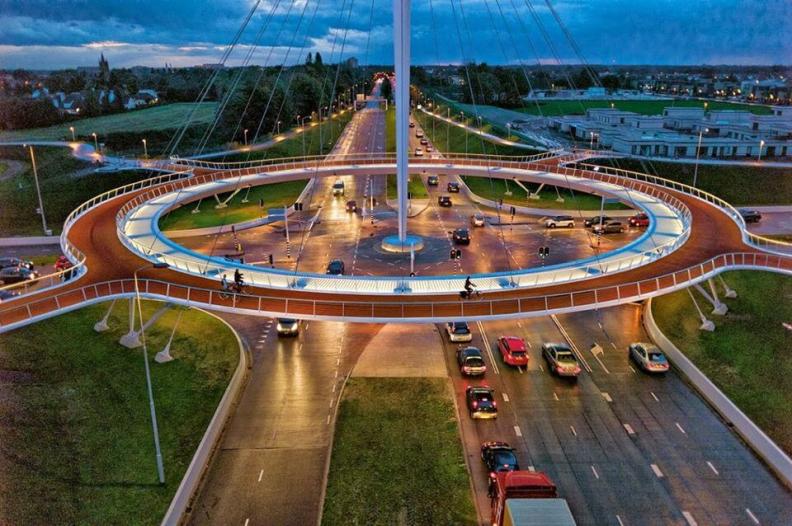 Another variation of the first option: 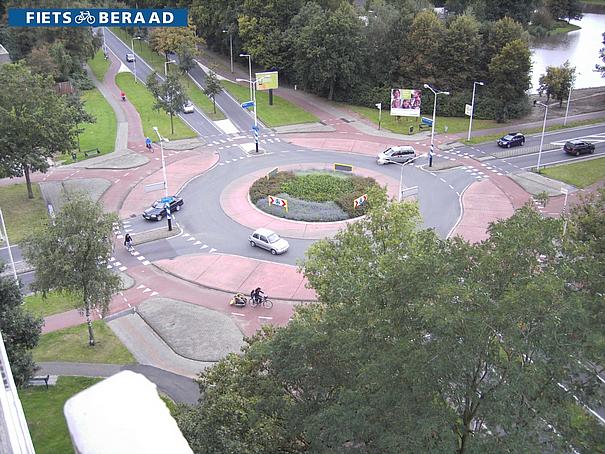 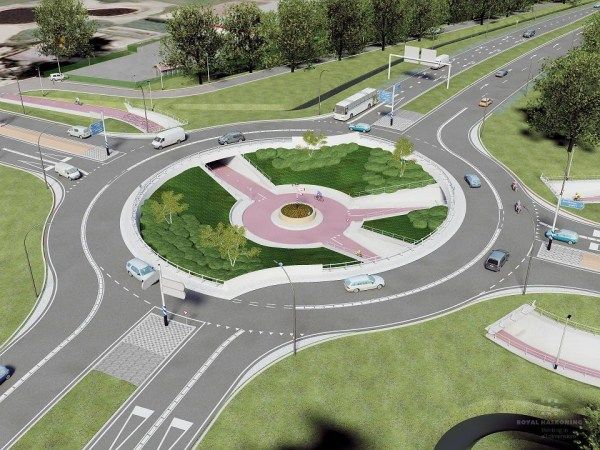 I’m sure there are probably other possibilities as well if only we put our minds to it.

5 Replies to “How to make roundabouts safe for cyclists”