Today is “In town without my car day” and as big advocates of the pedestrianisation of city centre streets we thought we should go along and lend our support. They had closed off some streets to cars which was marvellous and put lots of fun activities in their place like a giant water slide, a climbing wall, bikes to ride, dancing, a giant snakes and ladders game, bouncy castles and lots of other things.

I had a go on a trike with two seats at the back, a bit like a rickshaw I guess. The bike was a bit small for me and so it felt very odd. It also felt less stable on corners than Busby. 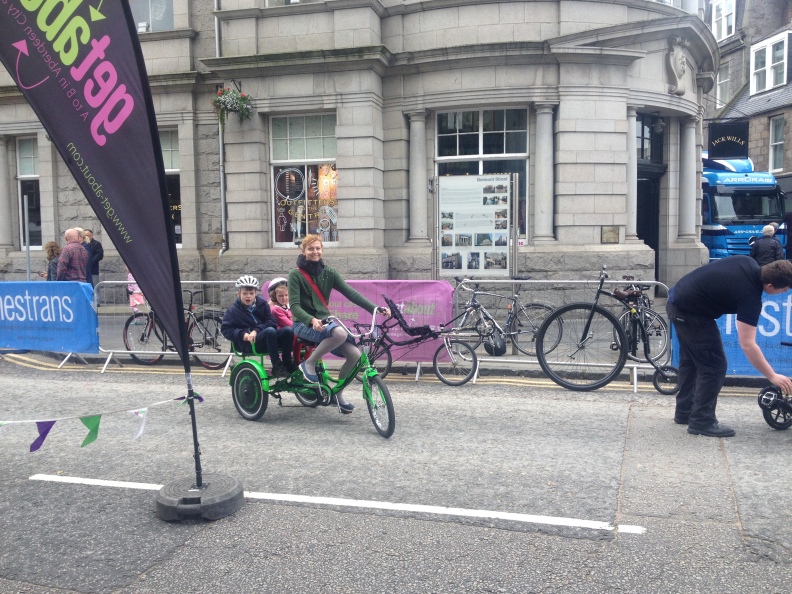 Ben can spin a plate on a stick.  A useful skill.

The waterslide looked like fun but you had to buy tickets and they all sold out a couple of days before the event.

Aberdeen City Council has plans to pedestrianise some city centre streets. I’m not sure when it will happen but I’m hoping sooner rather than later.

3 Replies to “In town without my car day”