We went to another castle yesterday, Castle Fraser, which is about 16 miles west of Aberdeen. It’s a Scottish baronial castle built in the 15th century. Like all of the castles we’ve visited so far it is surrounded by gardens and woods with lots of lovely walks. There was also a wonderful children’s playground which was not like a modern playground at all but was set in a wooded area with play equipment made out of vines. Elizabeth just loved it. Here are some pics of the playground. 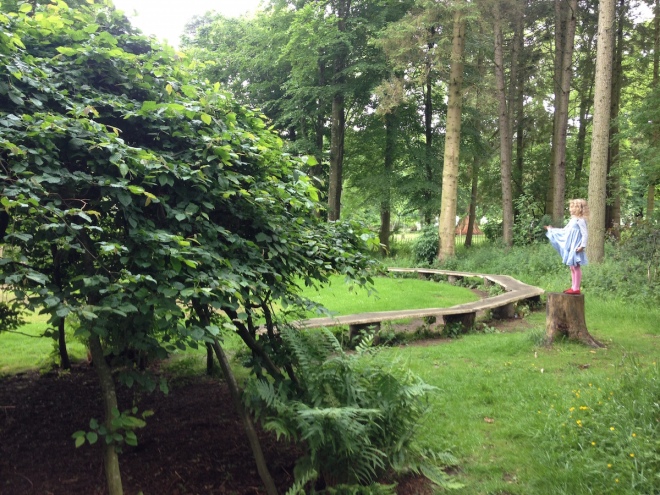 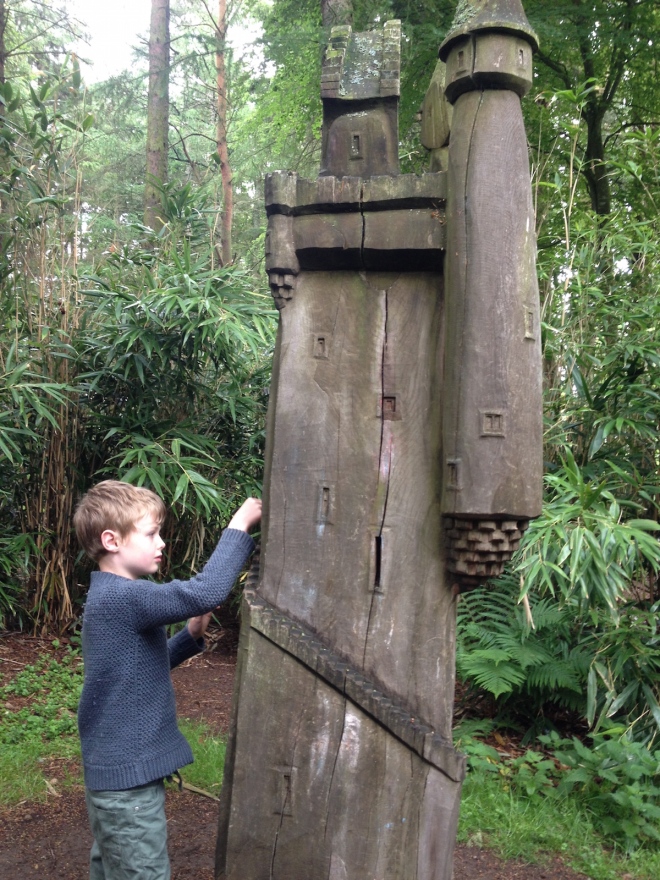 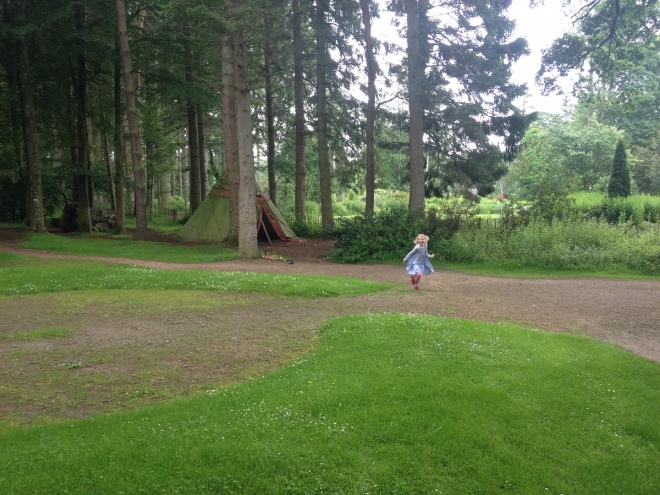 The castle gardens were magnificent but I’m yet to visit a castle that does not have a magnificent walled garden. 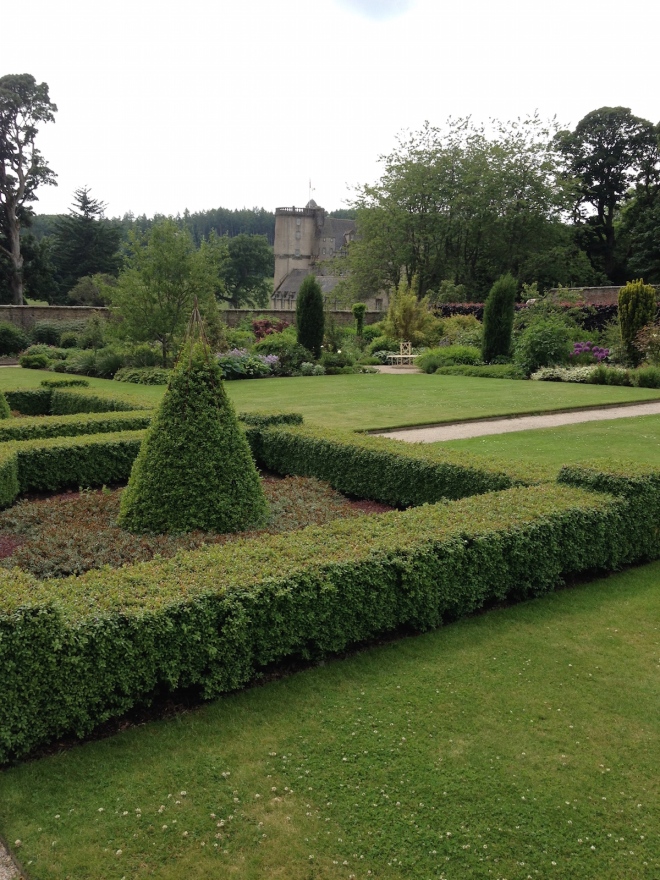 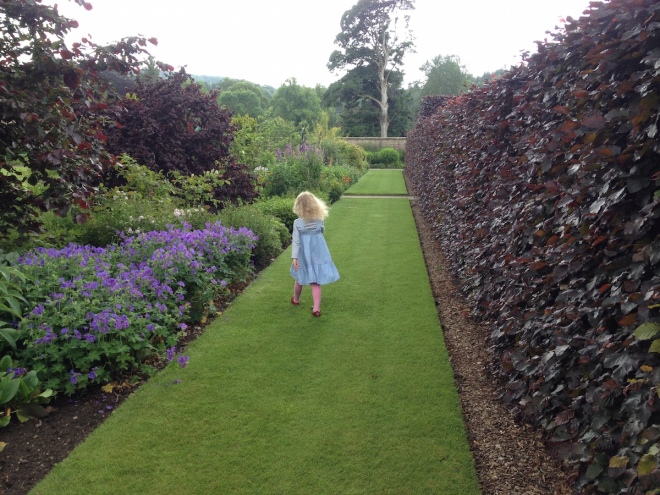 Here are some photos of the castle itself but none of the inside because photos were not allowed. 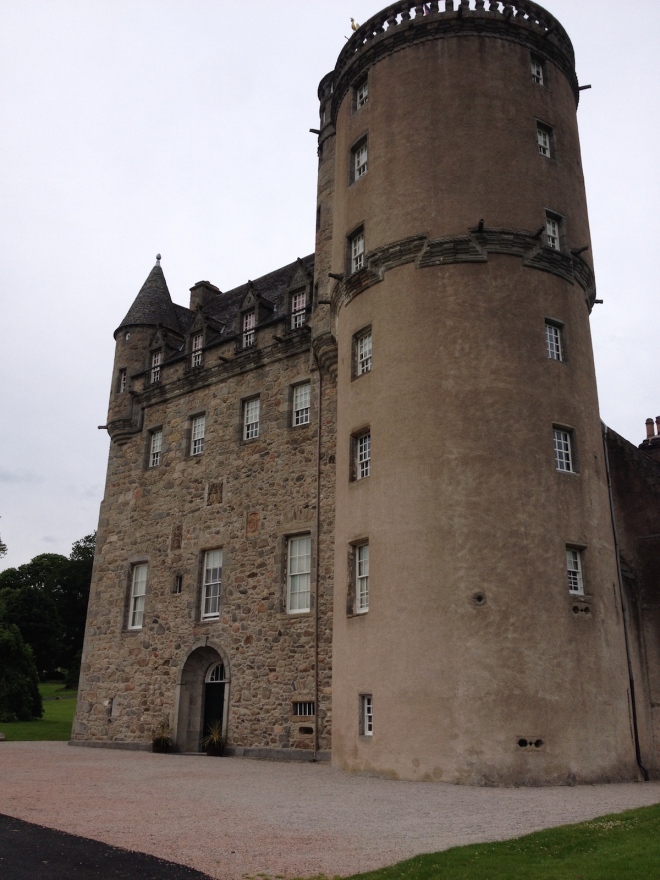 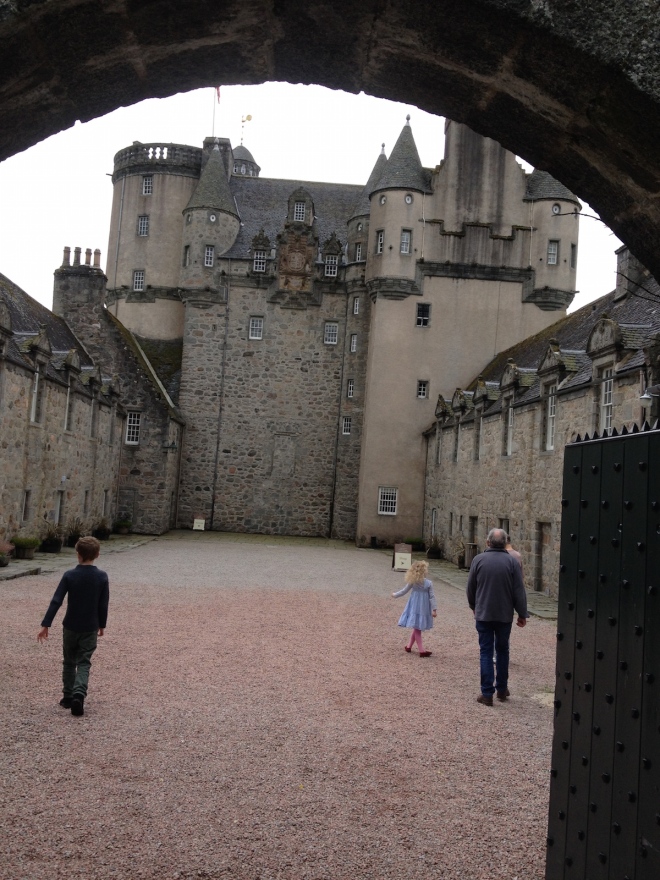 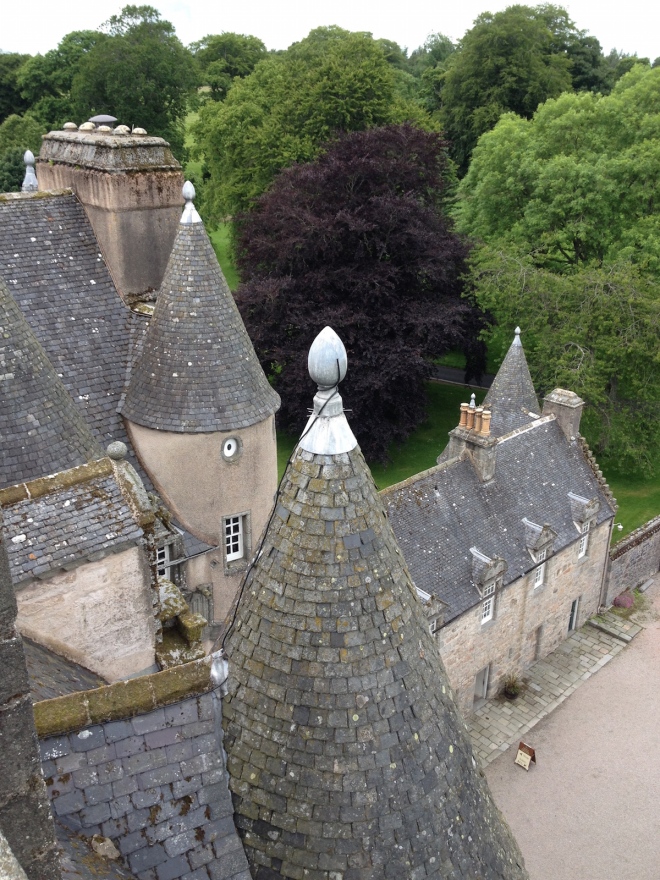 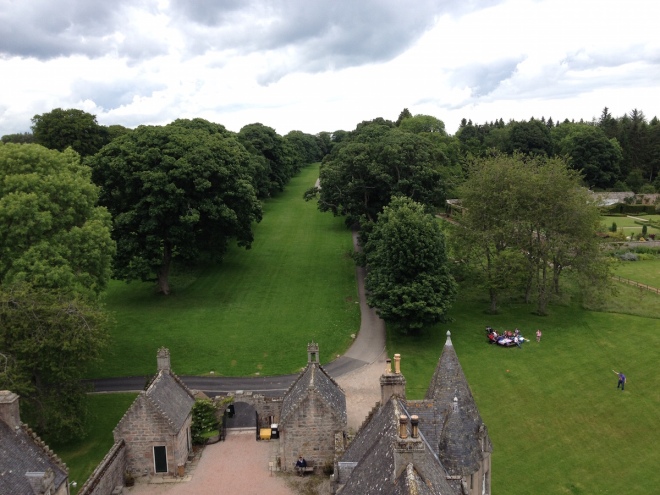 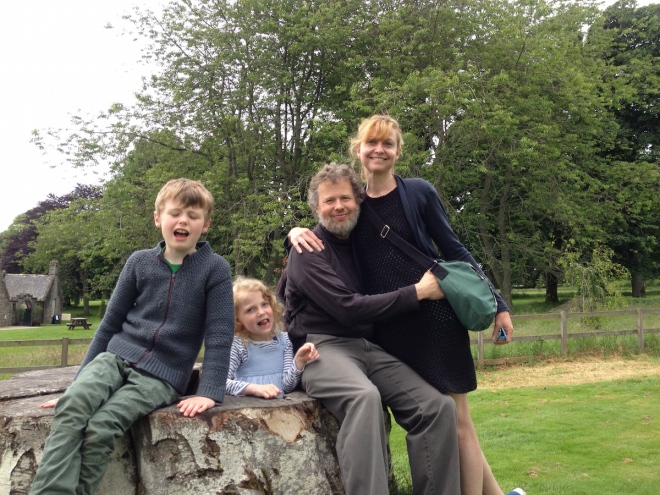 The wooded area on the estate is managed with the help of the Forestry Commission and there were lots of young saplings which was good to see. There was also a field of very healthy and happy-looking cows. There were calves there too, including one in this next photo, drinking milk from their mothers. This is something rarely seen these days since we separate mothers from their babies at a very young age so we can take their milk instead. I can’t say enough how much this disturbs me given that we don’t need to drink milk from cows in order to survive. We are stealing the milk that is meant for a baby for our own convenience and without any good justification for doing so. This why I don’t drink milk. 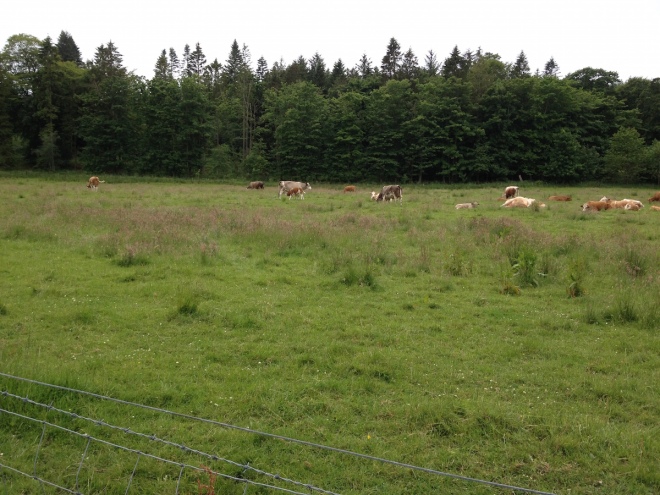