Ballater in the snow

It snowed this morning in Ballater. I was ecstatic. An Australian in the snow is a bit like a puppy with a smelly leather shoe to chew. 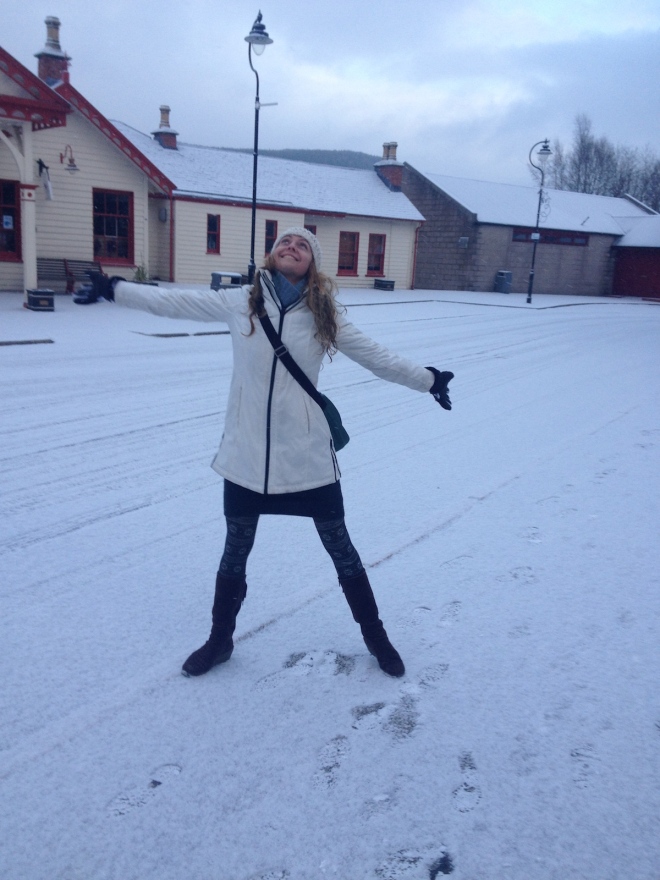 Ben was less excited about it. 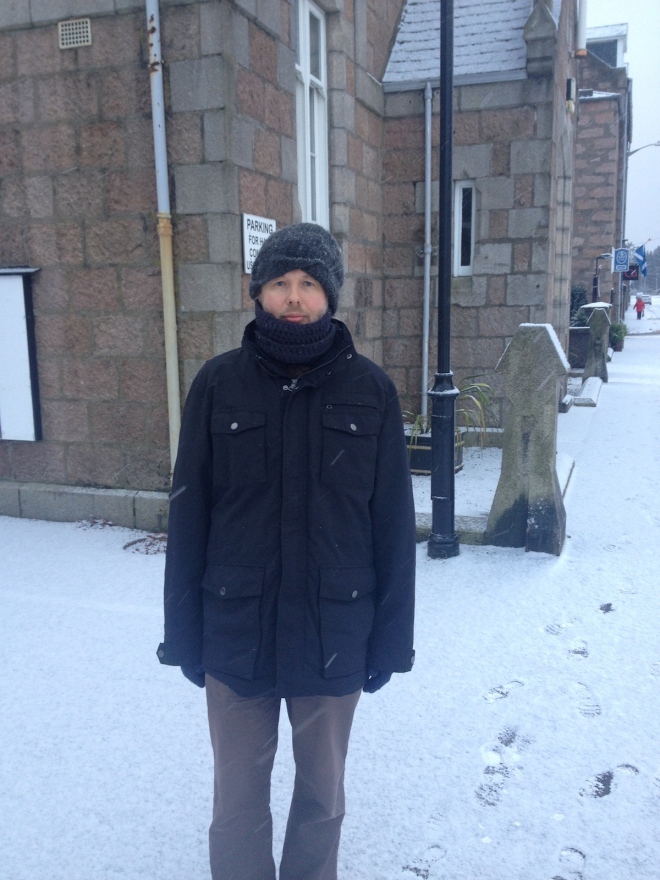 This is the Royal Station in Ballater, a magnificent building: 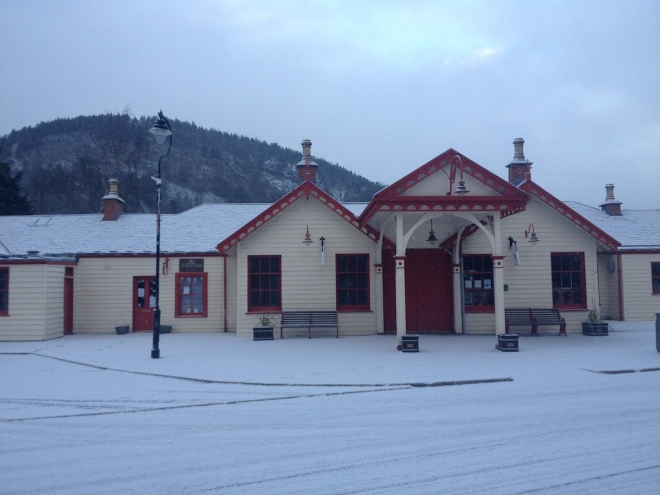 The River Dee, which is lovely in all kinds of weather, was particularly beautiful on a snowy day: 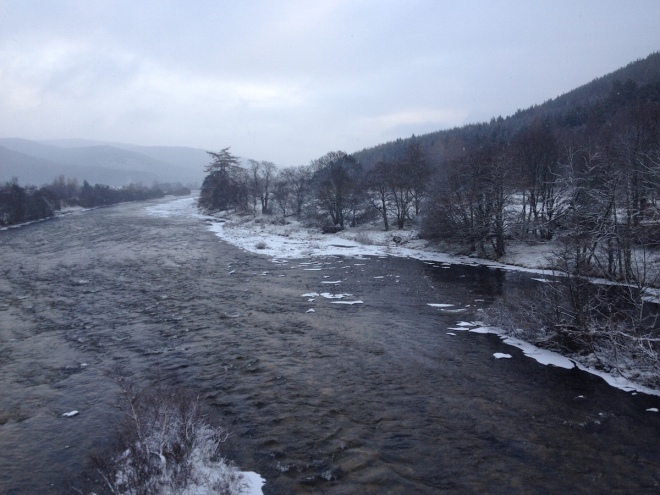 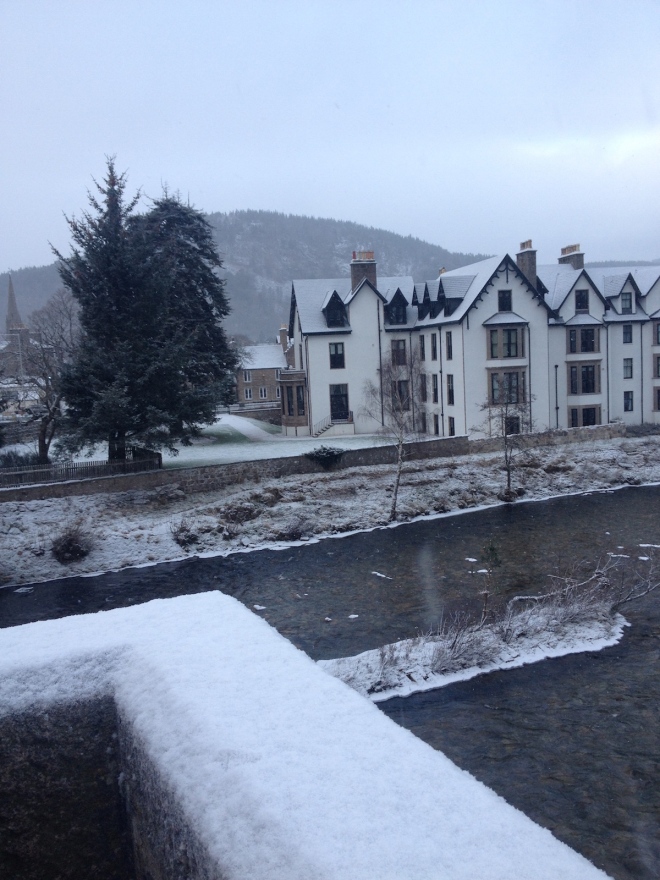 We went to the local golf course with a toboggan and slid down some of the hills. I’ve never had so much fun on a golf course in all my life. Golf courses are lovely places anyway but in the snow, this one was magic. 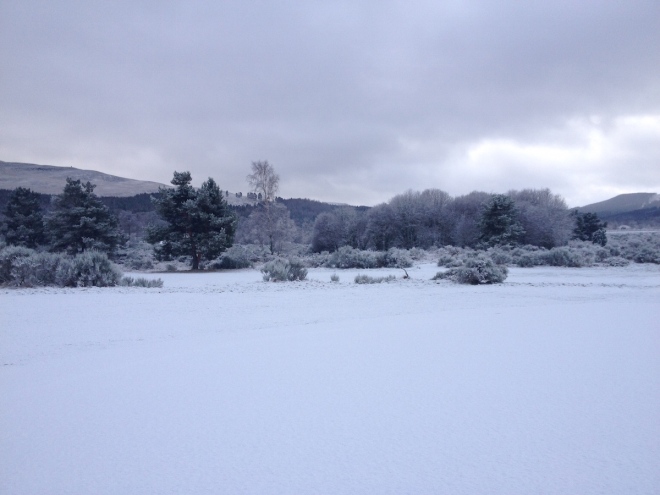 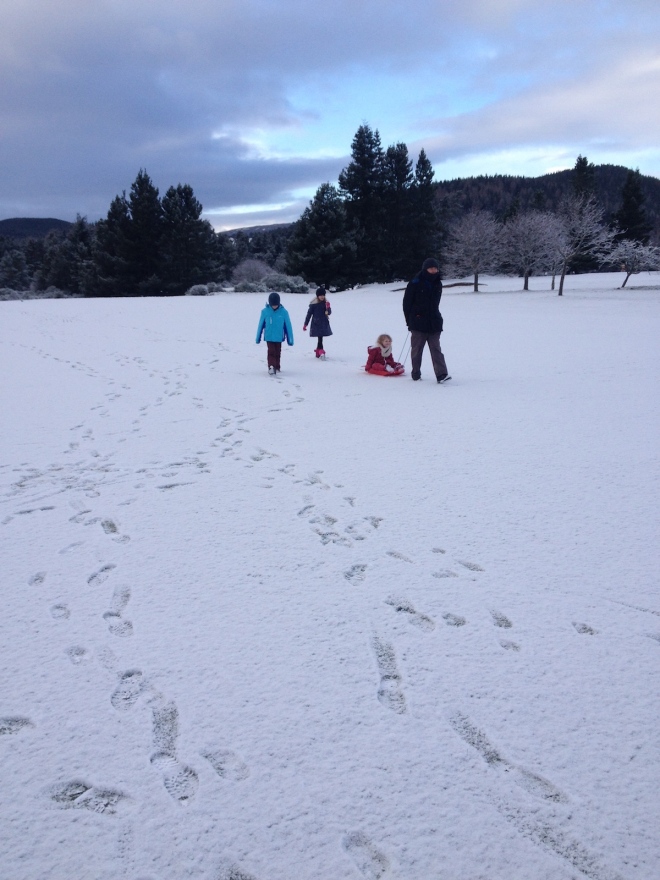 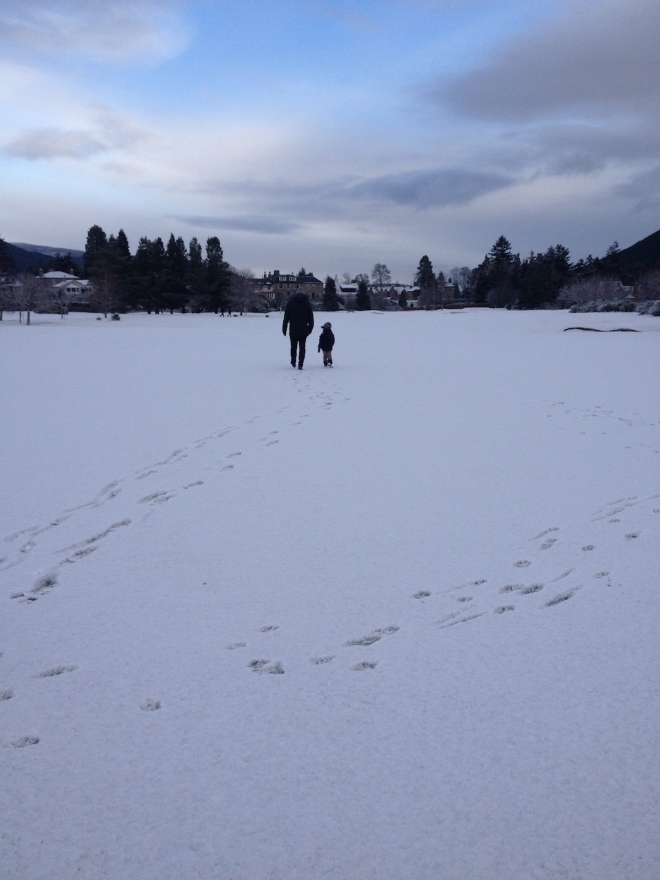 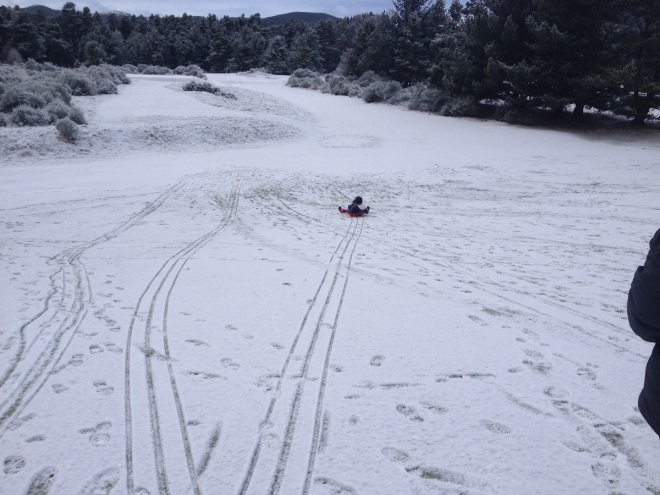 I looked up the family name of my paternal grandmother who came from a Scottish family. Her maiden name was MacKay and apparently the MacKay clan was a courageous and once powerful ancient Scottish clan that fought under Robert the Bruce in the wars for Scottish independence. They were anti-Jacobite and apparently a bit war-like. The clan motto was manu forti which means with a strong hand. They occupied the highlands of Scotland, I think mostly the very north and west but also for a time in this region where I am now. Perhaps this is why I feel very much at home here.

17 responses to “Ballater in the snow”