This evening I officially became a New Zealand citizen. I know what you’re thinking: she hates the place, why would she apply for citizenship? Yes, it’s all true. I don’t want to live here and yet I applied and was granted New Zealand citizenship so this is why I am a fraud. But I have my reasons, one of which is that I live here and I am eligible. However, I will always identify myself as an Australian. This will never change. I just don’t want to live in Australia because I don’t like the climate.

So this was my first citizenship ceremony since I’m only a citizen of one other country, Australia, and I was granted that at birth. It was very boring, let me tell you! Not unlike a graduation ceremony, only worse. But half-way through, there were some Maori performers and this was the best part. There were six of them, three men and three women, and they sang and danced then performed the Haka which was very powerful in a scary sort of way.  And am I allowed to say that the three men wore practically nothing?? Just flimsy skirts. I’m not sure whether they were wearing anything underneath.

Afterwards we collected our certificates on stage, shaking hands with various politicians I’ve never heard of. Fortunately I didn’t trip or do anything embarrassing. There was one Maori representative who, rather than shaking hands with, we touched foreheads and noses with. This is a Maori greeting known as a hongi. That was fine except that I was one of the last on stage and so I had to touch noses with him after he’d already touched noses with hundreds of people before me! Yuk!

And so here is the photo of a fairly respectable-looking me. But OMG! There’s a crease in my dress. Shame. 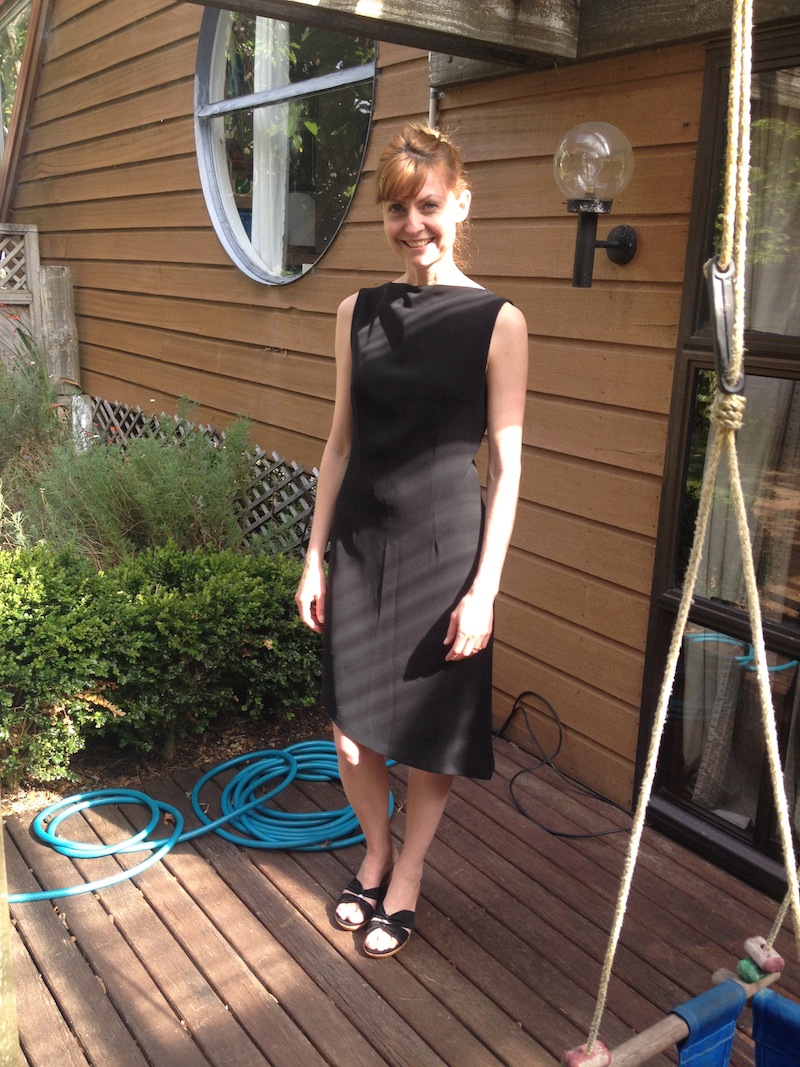