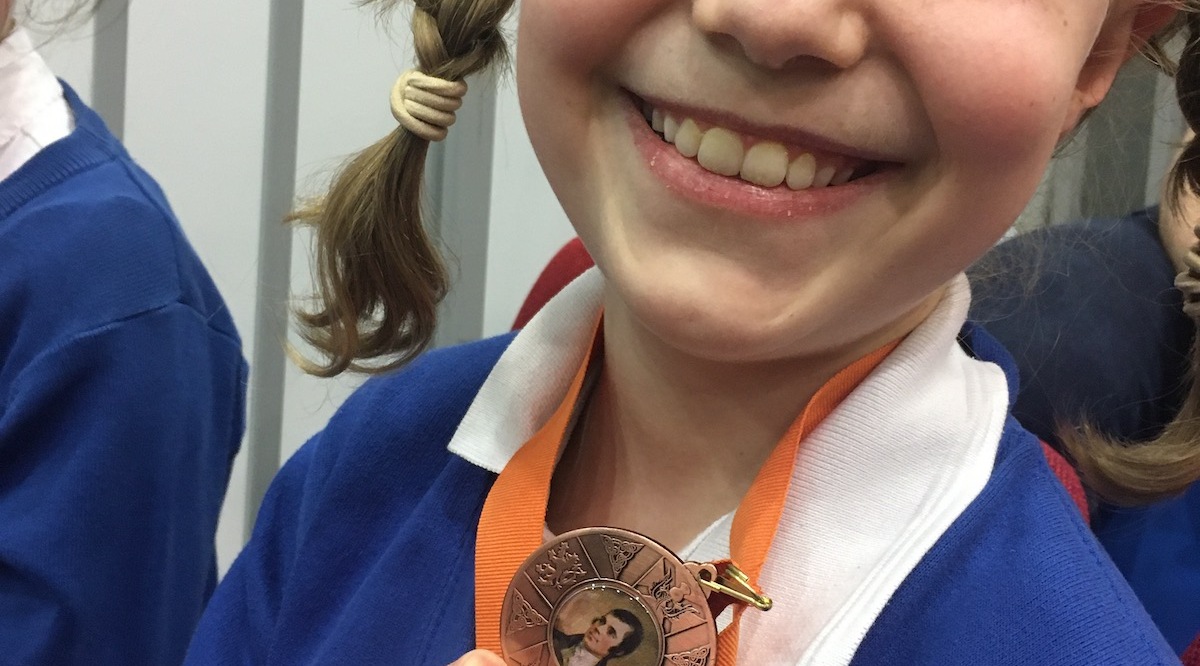 Elizabeth competed in the Robert Burns World Federation North East of Scotland schools competition today. She recited The Banks O’ Doon by Robert Burns and did marvellously. She came third and got a bronze medal. I took a video.

The standard was high and there was lots of tough competition so we’re very proud of her, especially since neither of us can do a Scottish accent.

Last year both kids competed in the same event and came third. The poetry is only for primary school so Daniel didn’t compete this year now that he’s in high school but he seemed to enjoy watching Elizabeth.

They also made a few changes this year because of the coronavirus threat. There was no shaking of hands when presenting medals and certificates. Instead, the greeting is now to touch elbows. People were also regularly wiping door handles and surfaces. I think we’re in the safest country in the world when it comes to a virus given the standoffish nature of British people. I suspect part of the reason the virus spread so rapidly through Italy is because of their touchy, feely culture. The British, on the other hand, are very reserved and tend not to touch each other.

Yesterday I had a package delivered and the delivery man stood about a metre back from our front door and stretched his arm out to hand me the parcel, holding it with the tips of two fingers as though it was diseased. The fellow looked rather pale so I immediately wondered whether he might be sick and was trying not to spread germs. I quickly disposed of the packaging and washed my hands, just in case 🙂

8 Replies to “Elizabeth got a bronze medal”