This morning we walked up East Lomond Hill in Fife. It was a pretty short walk from the Carpark but it started snowing just as we arrived and that combined with an Artic wind made it feel like we emerged from the car and into a blizzard. I think there are probably magnificent views up there on a clear day but here’s how it looked for us. 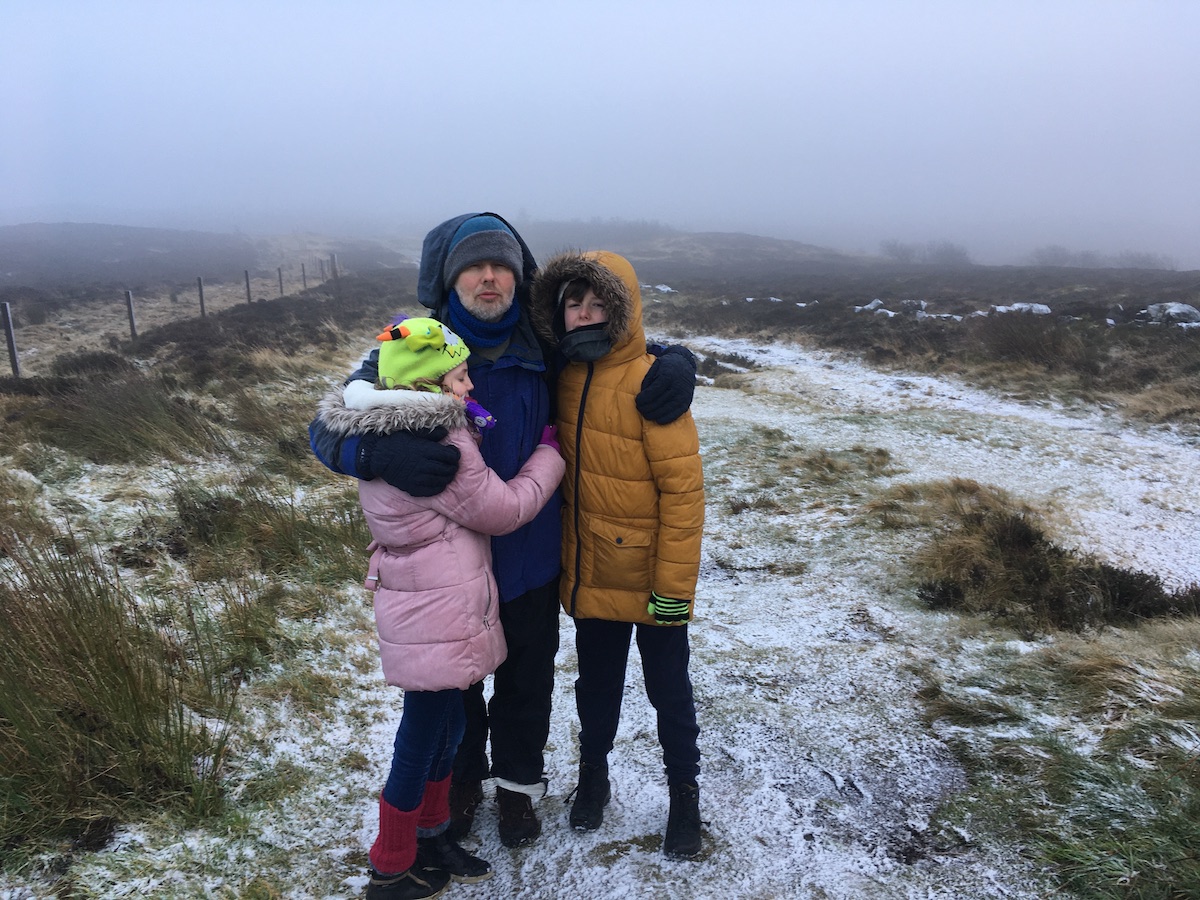 Visibility declined as we got higher while the wind and cold became more intense. It was really just your typical Scottish hill walk 🙂 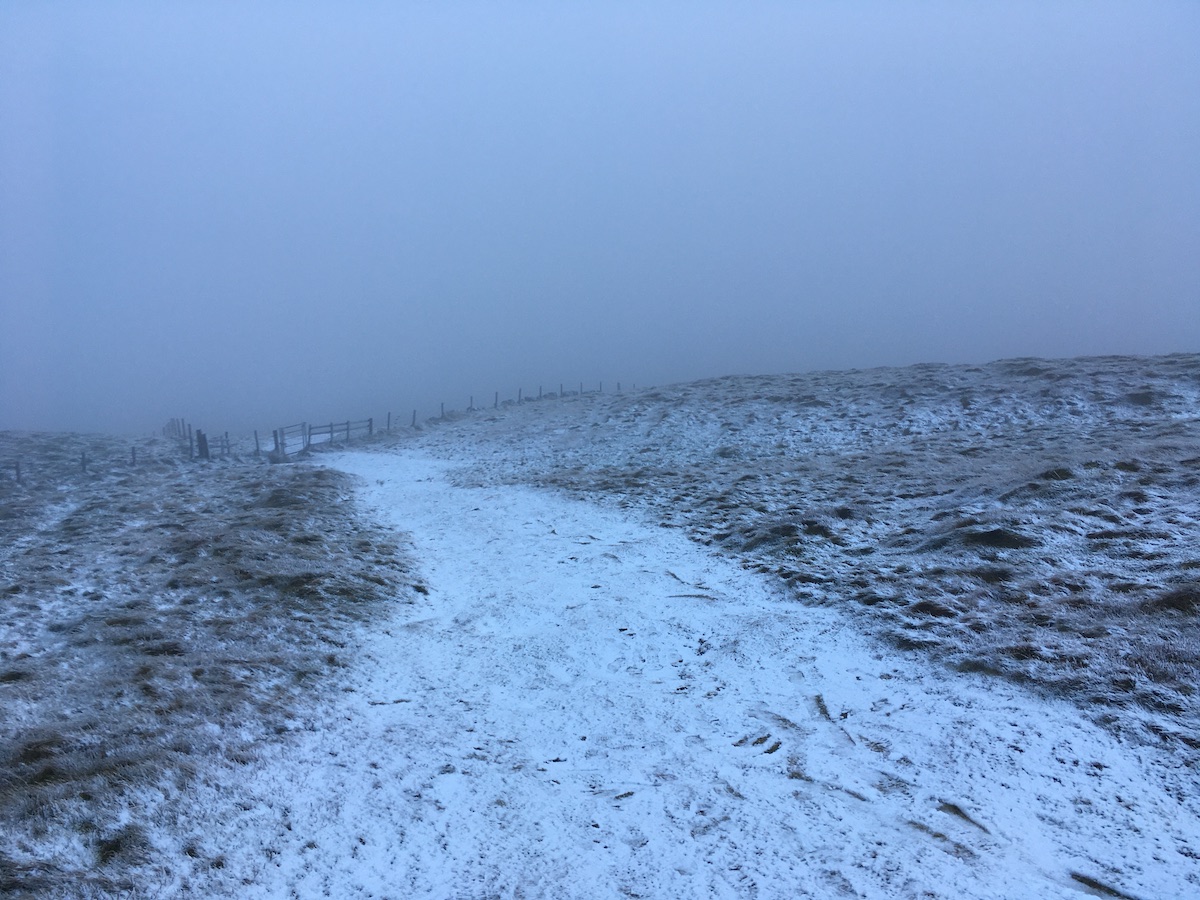 The kids complained for much of the way up with Daniel worried about getting frostbite and Elizabeth fearful she might fall off the side. Elizabeth’s concerns were not so unreasonable because we really couldn’t see where the side was. Everything was white, even the air.

At the top is an iron-age hillfort which was once a very important place of power. It didn’t seem a very enticing place to us and we were all very happy to make a hasty descent.

We returned to the Pillars of Hercules for lunch in the café. Ben and I both had the vegan bean burger which was delicious.

Daniel had the vegetable curry.

After a hearty lunch and with all fears of frostbite behind us we made our way back to Aberdeen.