I just watched an interesting program on Australia’s tardiness in addressing the climate emergency. It was published in April this year along with an article outlining Australia’s efforts.

There’s positive stuff in it that I didn’t know, like the boom in renewable energy generation over the last year. But there’s also much that’s concerning and that Australians need to know.

Elsewhere around the globe the UK plans to ban the sale of all new petrol vehicles by 2040, Scotland by 2032, India by 2030, and Norway by 2025. Norway has the highest share of electric vehicles at close to 50% of all passenger cars. Britain and the US are on 2.53% and 2.09% respectively, which seems low until you see how many there are in Australia. 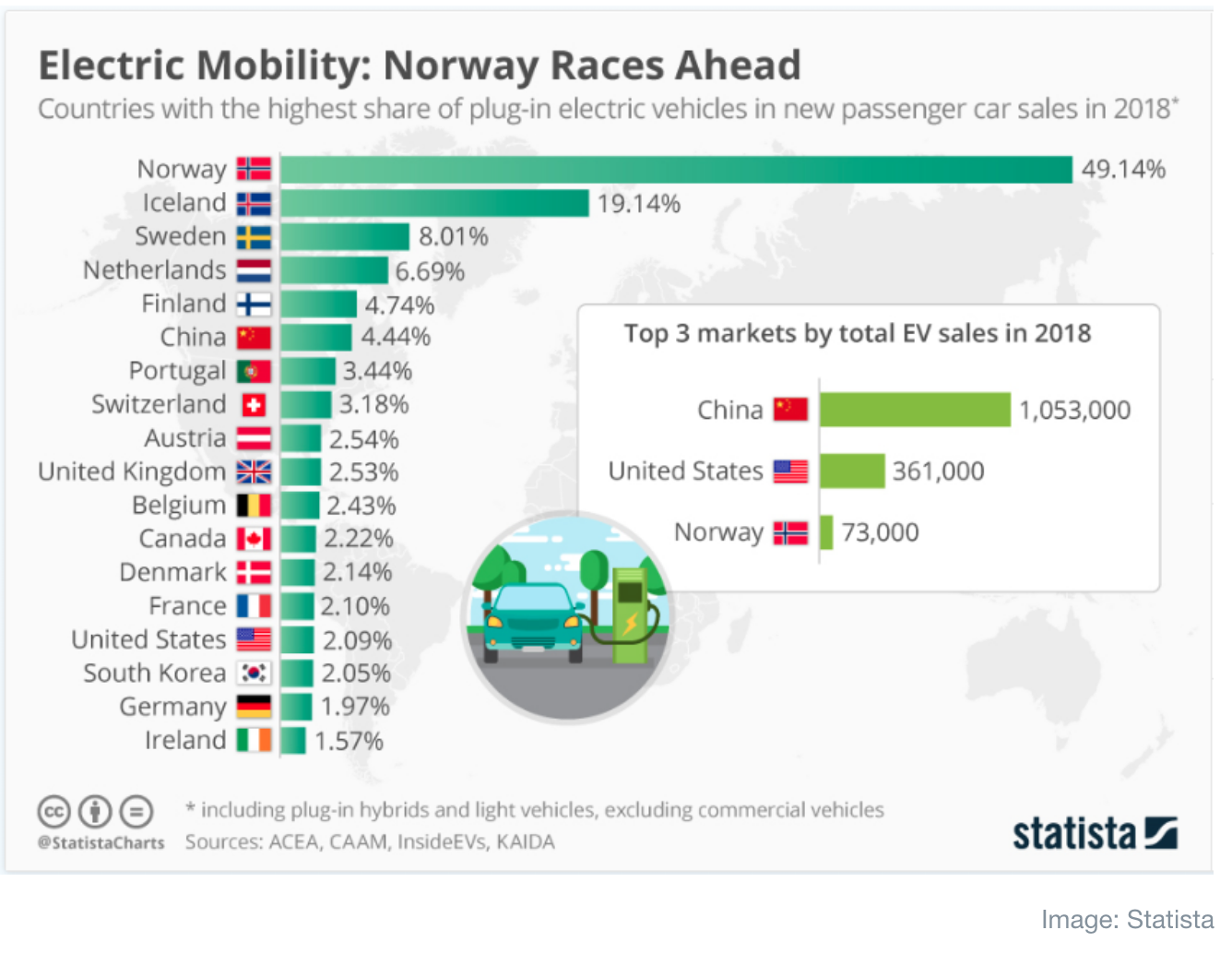 Australia is sitting at just 0.2% with a meagre 7,300 electric cars on the roads. Australia is also the worst country in the world for charging points.

Even Mexico is doing better than Australia. The industry in Australia needs leadership and infrastructure, all of which is in the government’s power to provide. In the video the managing director of Nissan explains that they delay brining new electric vehicles to Australia because of a lack of direction from the government.

The biggest polluting sector in Australia is industry and their contribution is rising. There’s simply no incentive from the government for them to reduce emissions. Currently the government requires polluters to cap their emissions at a certain value, however polluters can simple increase that value and they do.

Agriculture makes up another 15% of emissions and this is expected to climb over the next decade. A big part of the problem is the methane produced by livestock but in the video they demonstrate promising research in this field using seaweed in livestock feed which can reduce methane emissions to zero.

The other major contributing sector is electricity and this is the only one where emissions are falling thanks to the boom in renewables. However Australia’s network is old and not equipped to cope with the rapid growth. The network transmission lines need upgrading to support a larger mix of renewables in the grid. The CEO of TransGrid says, “The biggest challenge we’re facing at the moment is [that] the number of applications to join the grid exceeds the capacity of the grid to meet those applications”.

What is clear is that the Australian government is dragging its feet and becoming a global laggard. The further it falls behind, the harder it will be to catch up. The government’s Paris agreement target also falls short of meeting the goal to keep within 2 degrees of warming.

In most countries around the world the climate emergency is a bipartisan issue – both major parties support action – and while there will always be some disagreement about how to tackle it there’s widespread support for action of some kind from all parties. But this does not seem to be the case in Australia (perhaps also Trump’s US but I’ve just written him off completely and hopefully he’ll be gone next year). Until the Australian Liberal/National coalition take the matter seriously they are not a reasonable choice in any election. That may change one day and I hope it does but until then Australians need to see what’s happening in the world while their government is holding them back.

Journal
Australia, climate, climate emergency, leadership, politics
← We did not reckon with the power that coal has upon Australian hearts
→ Decadent choc marshmallow biscuits