It seems like too long since we went for a proper walk. That is how I felt this morning when I woke up and so off we went in search of a hill. I got my fix just next to Insch, at Dunnideer Castle.

Insch is a small village about 45 minutes by car north west of Aberdeen. It’s also easily reached by train. Overlooking the village is a hill with a castle ruin at the top – Dunnideer Castle. It is thought to be Scotland’s oldest mainland tower house, having been built in 1260. Before the castle there was a hill fort there which was built sometime between 1000BC and 1000AD.

It’s a very short walk from the carpark to the castle – probably only about 15 minutes. It’s uphill but not steep. The only thing to be wary of are all the rabbit holes – the side leading up from the carpark is riddled with rabbit homes.

The track starts at a gate from the carpark. 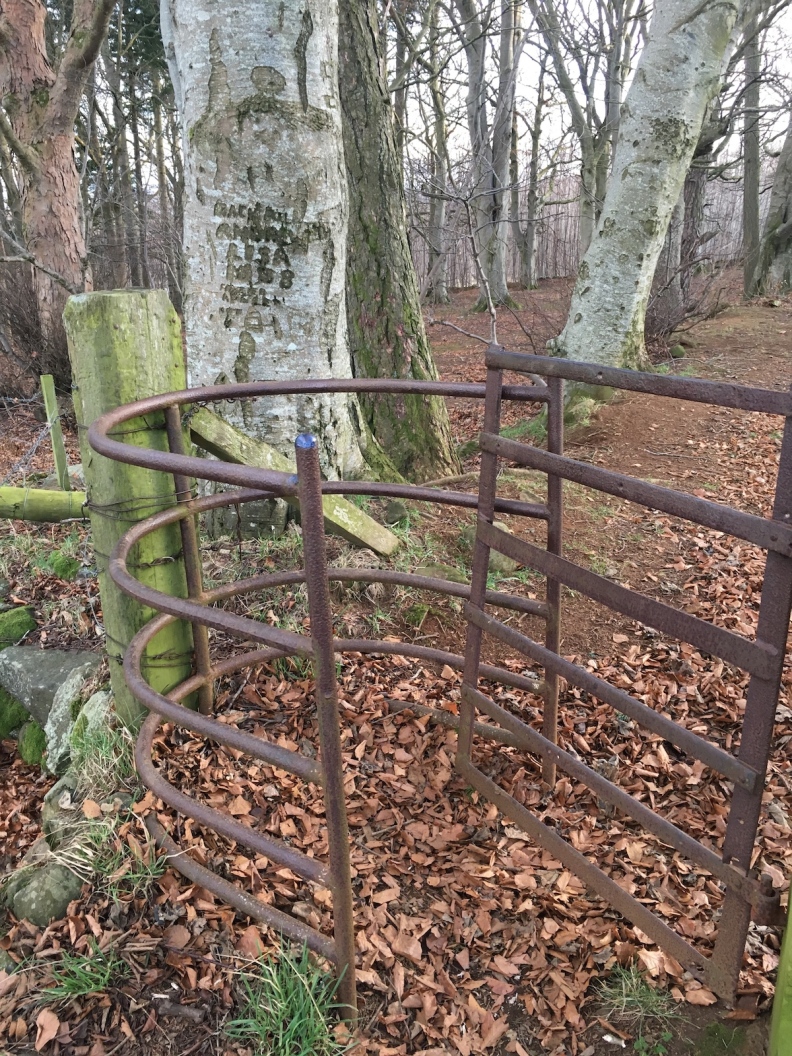 It’s a grassy track most of the way up, a little bit muddy in places. 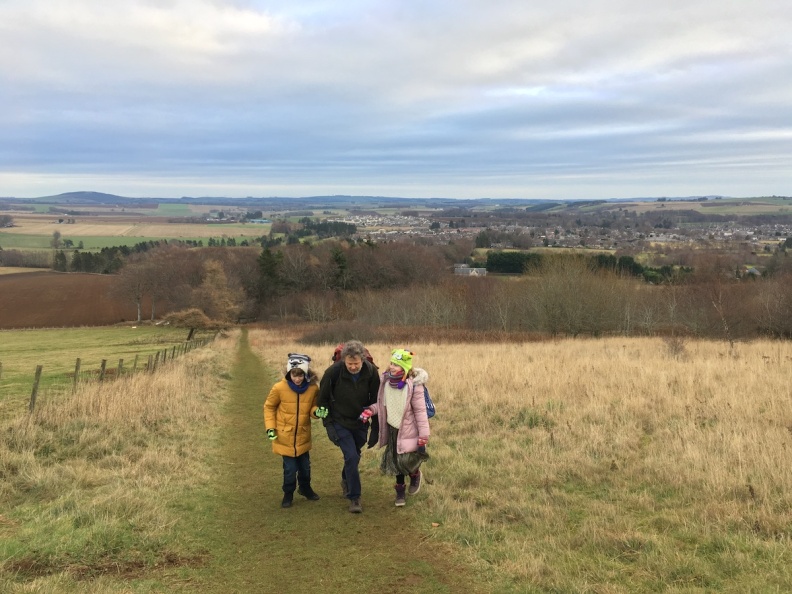 We had a picnic lunch at the top where we could enjoy the views.

It was cold and windy so you need to dress appropriately, especially in winter.

There are huge fields of crops in the valley below which you can see in this next photo. I don’t know what they are but it seems strange to see so many crops mid-winter.

We walked down the other side of the hill.

At the bottom there are some standing stones. These are the remains of a recumbent stone circle. I’m not sure how old this one is but most of them are typically from around 4000BC to 2000BC. 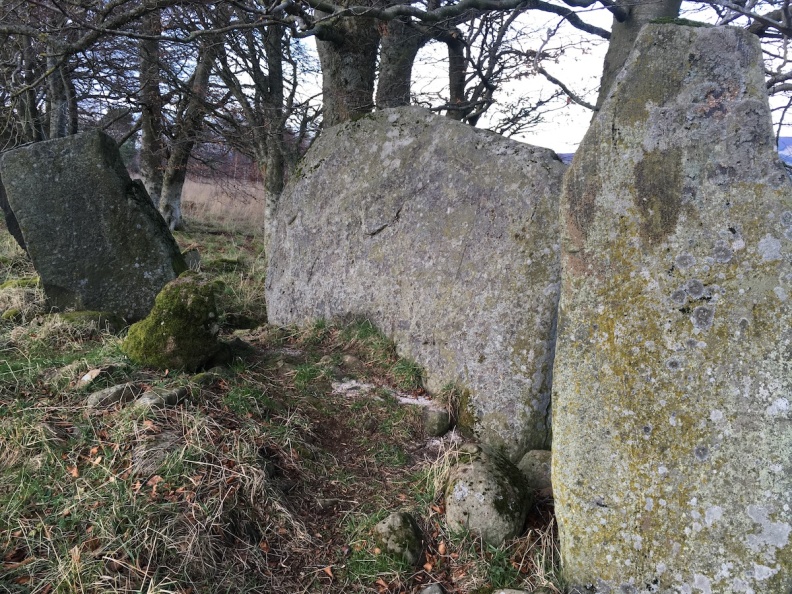 The castle ruin from a distance. 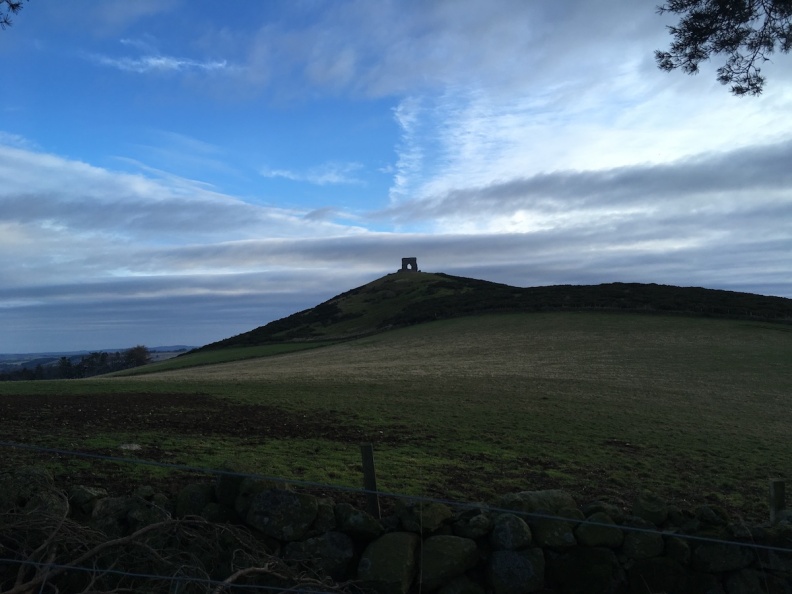 The path then winds around and crosses the road where it eventually leads to Insch.

It was about 5km in total and apart from the hill to the castle at the start, reasonably flat but with lovely rural views in all directions, tainted only by the occasional whiff of farm animal excrement.