Yesterday was rainy and so we had a lazy day and pottered around Loch Carron. We spent an hour in the Lochcarron Weavers Shop. They have over 500 tartans and lots of knitted garments. This is my kind of shop! 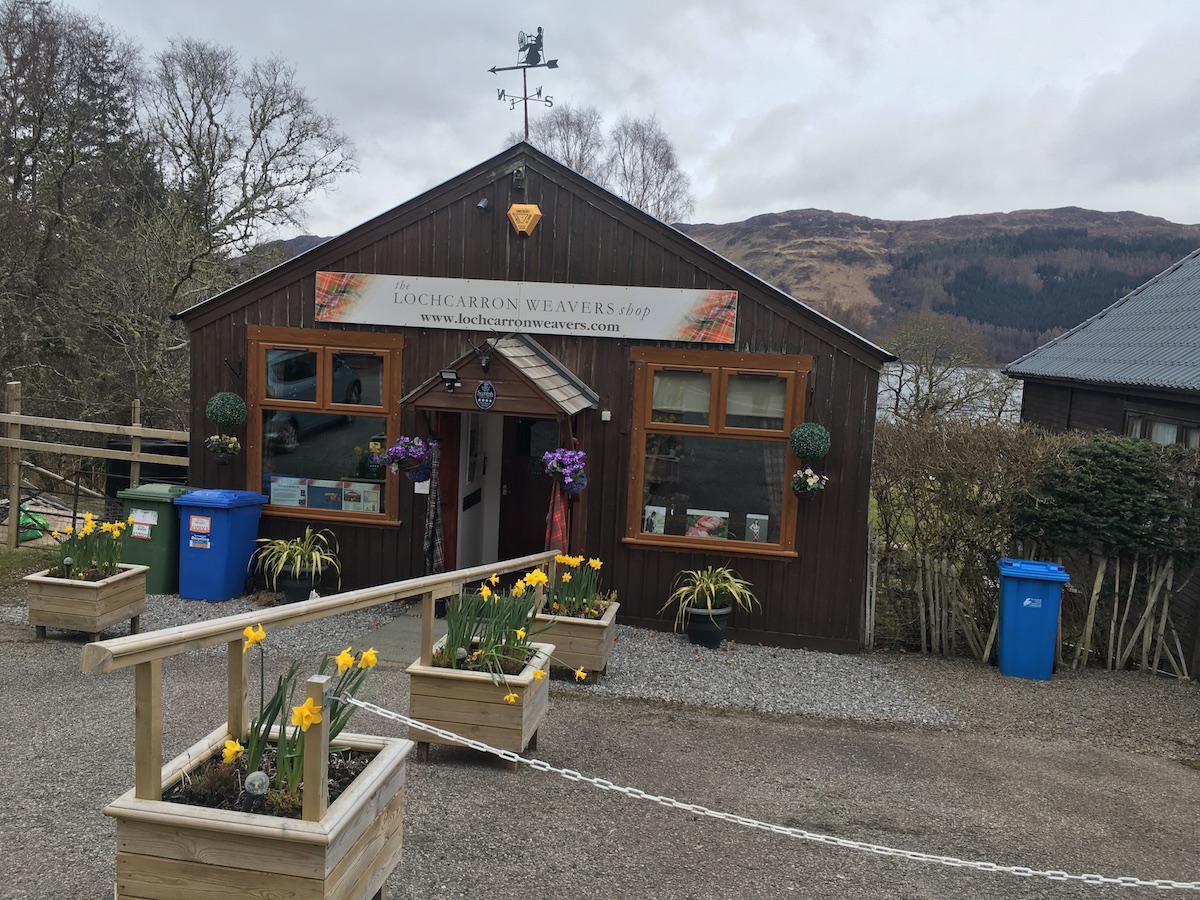 Daniel spoke to one of the shop assistants at length about Martin tartan. They don’t make it but she found it in a book for him and I took a photo of it. It’s a lovely purple and green tartan.

Apparently there are thousands of different tartans and it would be impossible for any shop to stock them all.

Just down the road from the Weaving shop is the Strome Castle ruin which we also explored. It was built in the 1400s on a strategic outcrop near the mouth of Loch Carron. It was also the site of an important ferry crossing which was used right up until the 1970s. It was originally owned by the Macdonalds and then the Macdonnells until it was besieged by the Mackenzies in 1602 who then destroyed it, leaving it in the state it is today. 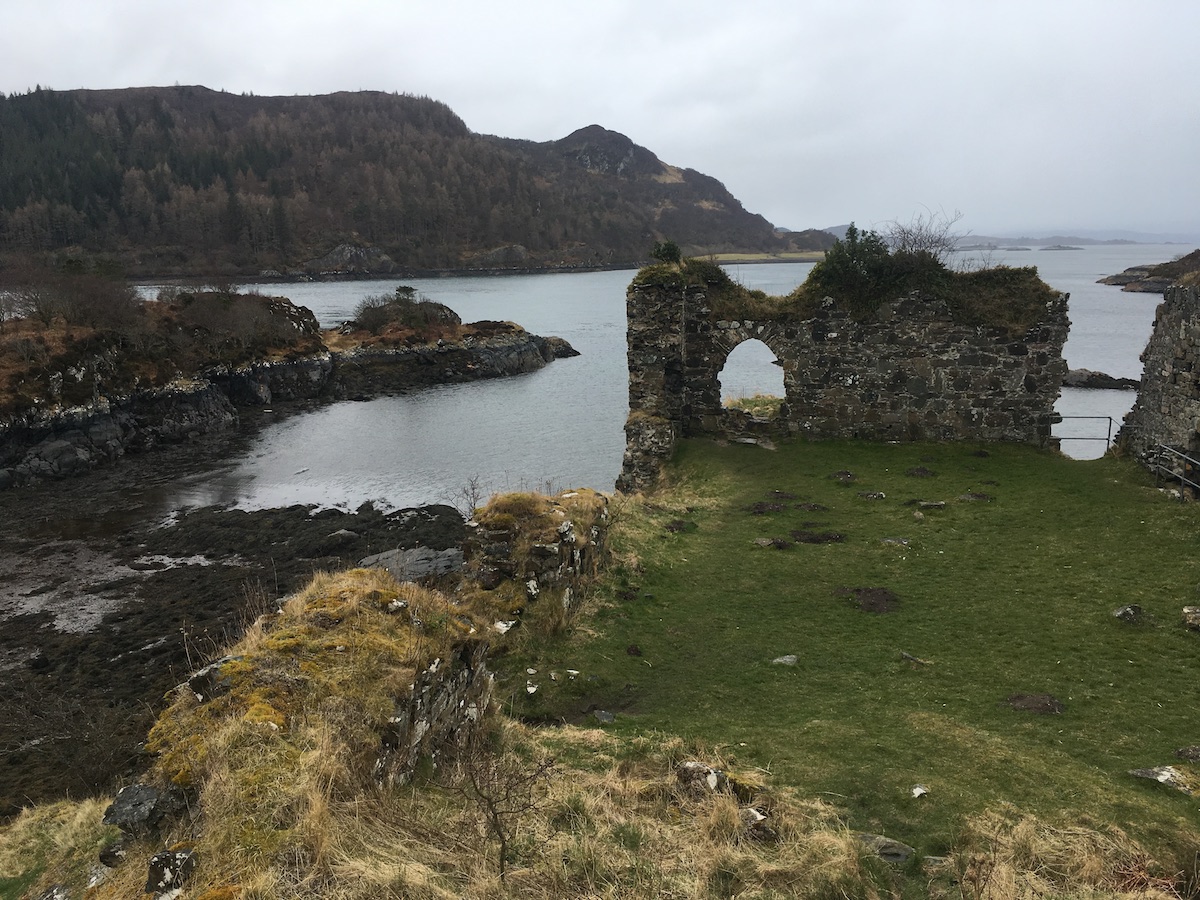 The remaining walls are really thick. You can sort of see that in this next photo.

I don’t think the castle gets many visitors. There was not another soul there yesterday except for us and the castle parking consists of parking for one car only with this warning sign. 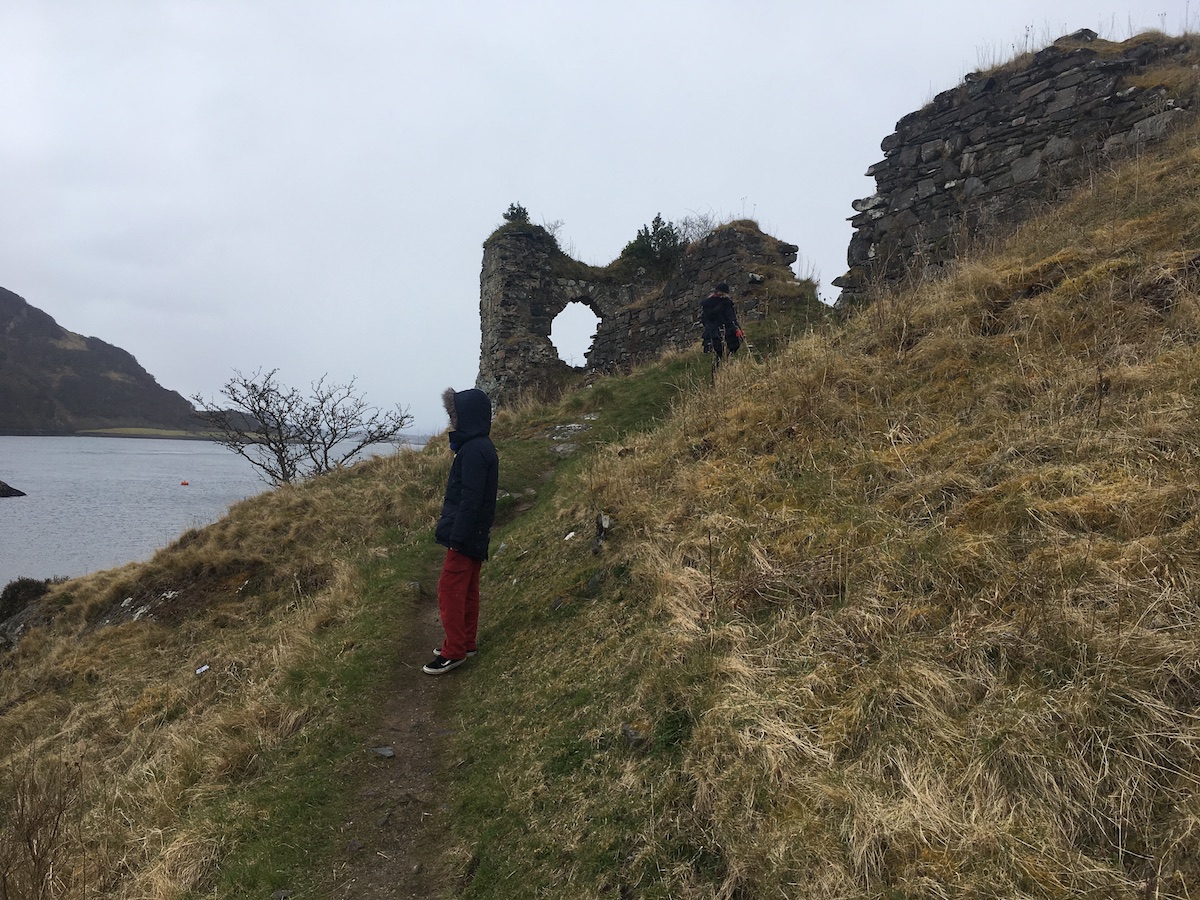