One of my talents, it seems, is picking locks. I must have inherited this from my convict great, great, great, great grandfather, Michael Burns, who was sent to Australia on the 14th April 1827 on the Marquis of Hastings. He was convicted of stealing jewellery and tried and sentenced in Manchester in 1826 at the age of 19. Family folklore says he’s somehow related to Robbie Burns, the poet, but I can’t find any evidence of this so I think it’s just made up.

But I digress – today I picked a lock and it was pretty easy so I’m going to share how I did it in case it’s useful to someone else. We have a very old writing desk which once belonged to Ben’s grandfather. In one of our many moves we lost the key and it hasn’t been opened for years and years. Today I tasked myself the job of opening it. I tried first using a paper clip by bending 1cm from the end into an L shape. The paper clip was a bit flimsy and not working so I tried with a metal coat hanger instead. I made the same L shape at the end. I was poking it and wriggling it about at random but nothing much was happening. Eventually I decided to take a gentle approach and I put my L in the lock and gently turned it anti-clockwise. It opened! It didn’t require much force at all.

The lock from the inside: 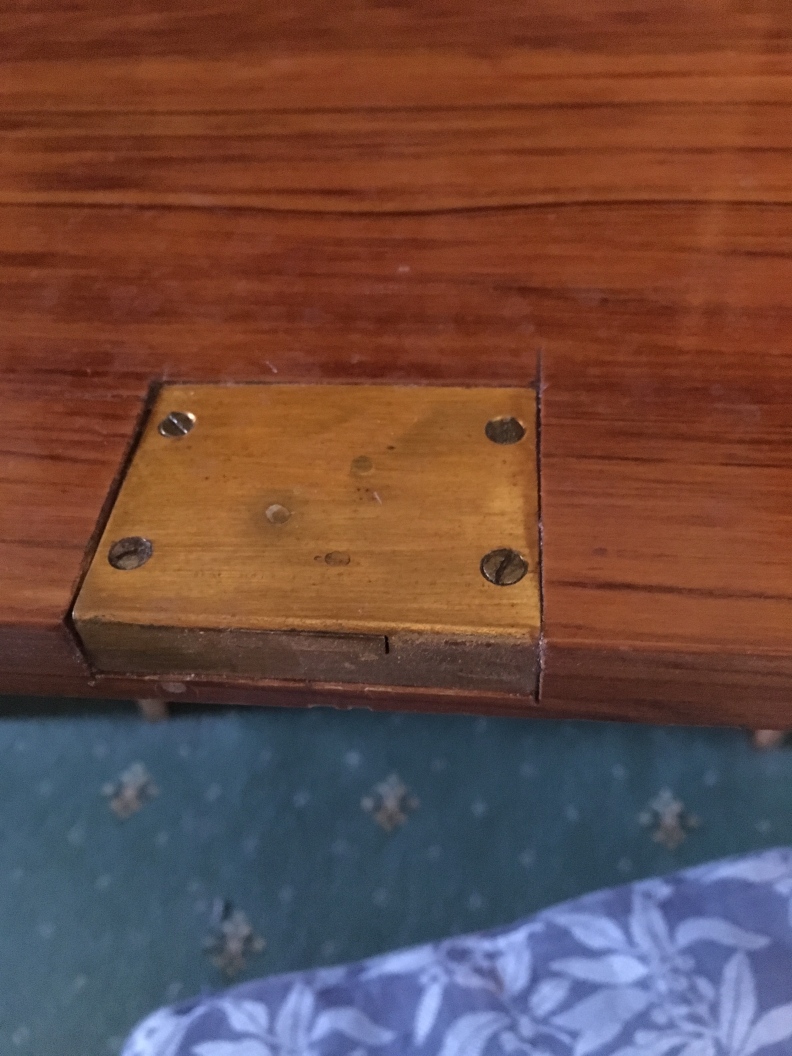 There was nothing particularly interesting in the desk. I found some Nurofen with an expiry date of 2007 and a heap of bus timetables for buses in Christchurch, New Zealand.