Scotland has been voted the most beautiful country in the world by the Rough Guide. I agree with that sentiment. New Zealand has more striking landscapes but Scotland has history and culture and it’s also safe – no earthquakes, tsunamis, volcanoes, cyclones, or dangerous animals.

My mother is visiting and yesterday we went to Dunnottar Castle which is 20 minutes down the road from here. I have been lots of times but I never tire of the place. It’s a medieval fortress perched on top of a sheer cliff. There’s some fascinating history in this castle. The Honours of Scotland, the oldest crown jewels in the British Isles, were hidden in the castle during an eight-month siege in 1652 when Oliver Cromwell’s army was battering the fortress with cannons. When the Scots eventually surrendered the jewels were no-where to be found, having been smuggled out of the castle. I believe they are now held at Edinburgh Castle. 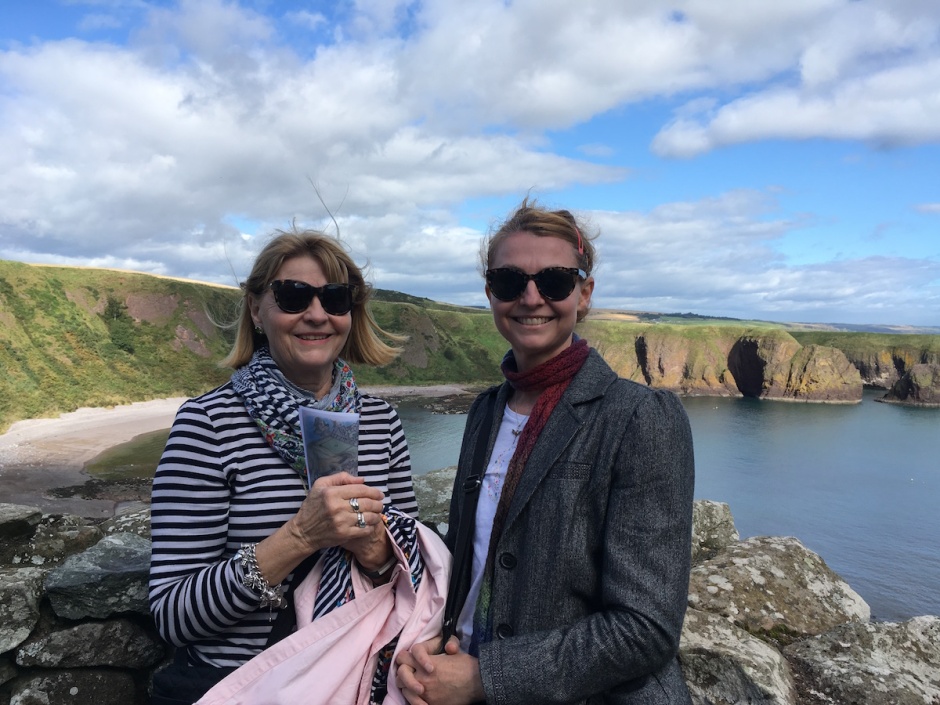 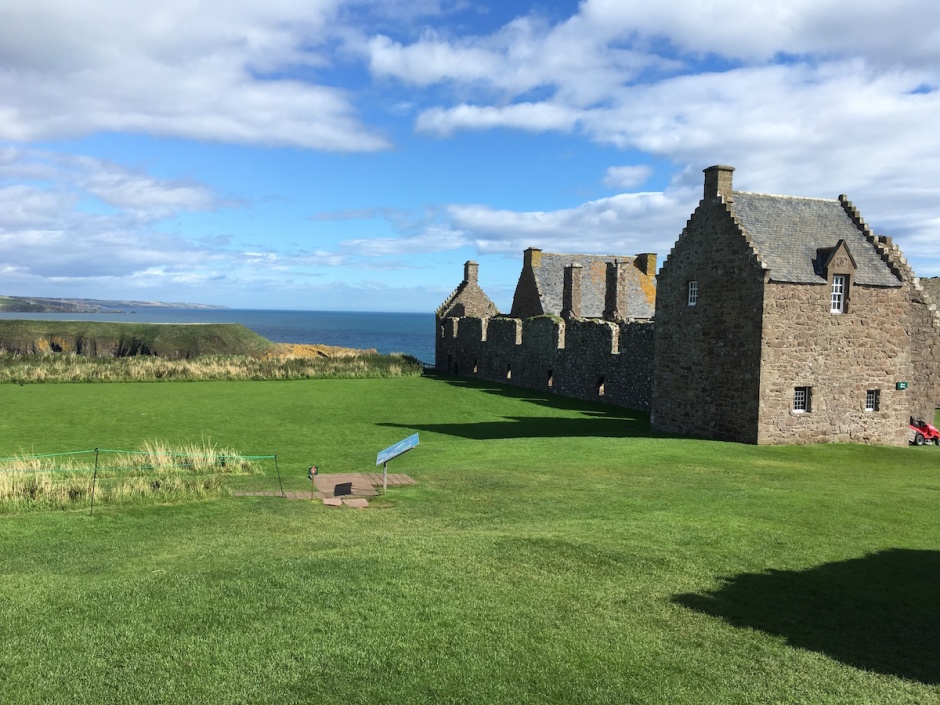