I did a terrible thing last night: I sliced Mr Lemon in two. Elizabeth likes to draw faces on lemons and give them names. Last night I needed a lemon for my pasta dish and I saw “Mr Lemon” in the fridge and assured myself that she’d never know. My mistake was to leave his dismembered corpse on the kitchen bench. I saw her find it and immediately realised my error. She picked up one of the pieces looking for the face. Then she opened the fridge to look for Mr Lemon who was no longer there. It did not end well.

At the hotel in Edinburgh they had hard-boiled eggs with faces on them at the buffet breakfast. Elizabeth ate one but then immediately burst into tears saying, “They shouldn’t have drawn a face on it because now I’m attached to it”. Then she dropped the egg shell and a crack appeared on his face which produced a new flood of tears. One of the waiters gave her another egg and of course we had to bring them both home with us. 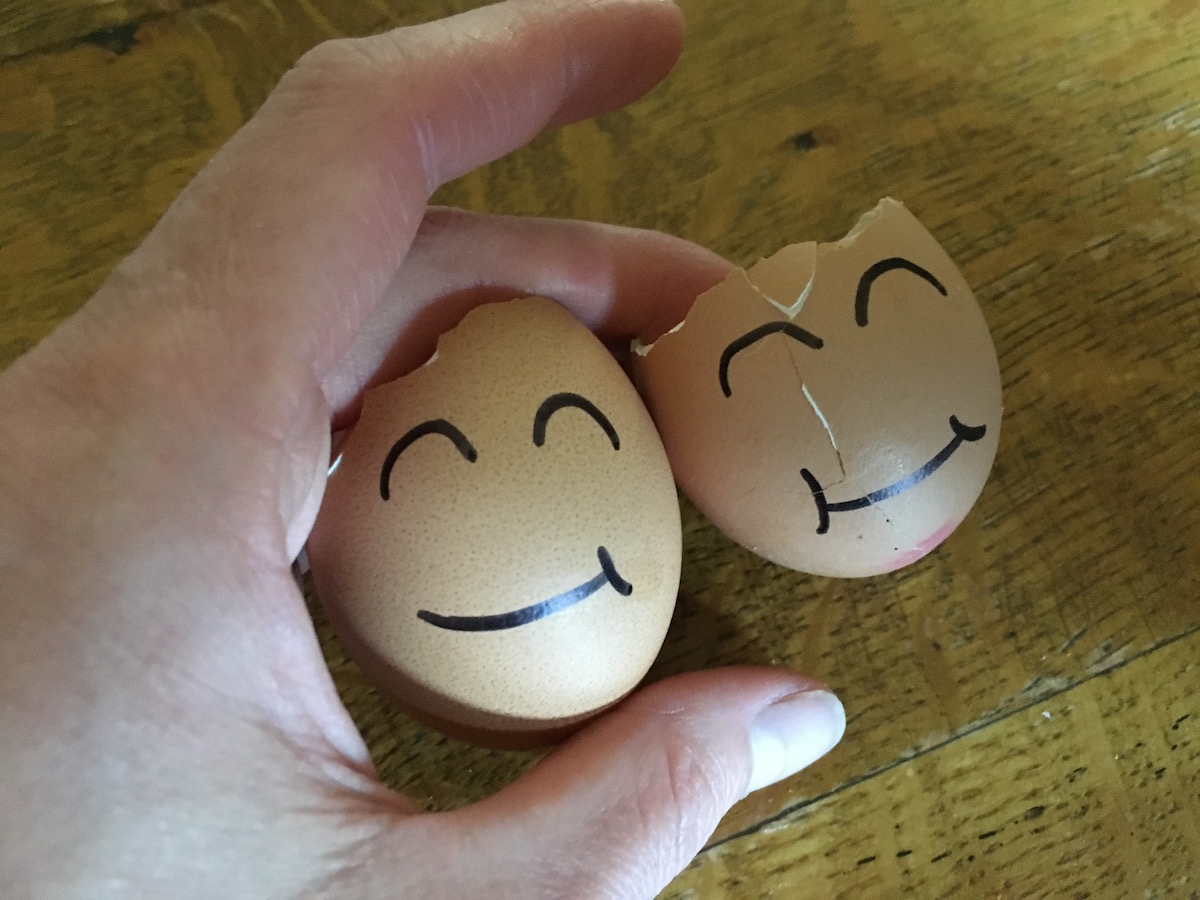 I find it odd that she can cry about a lemon with face drawn on with pen but not cry over a chicken burger that really did have a face once. I guess I can’t expect a 7-year-old to be philosophically consistent.

Journal
children, eggs, faces, lemons, philosophy
← A £6,000 Highland Cow
→ Is there anything kale can’t do?