I’ve started cycling Busby (bakfiets) again. I’ve had it with Harald (Butchers and Bicycles). We cycled to Newton Dee on Saturday and took both cargo bikes. The plan was the children could cycle themselves as far as possible and when they got tired we’d put their bikes in Busby and they could sit and ride in Harald. It was a bit of a disaster. Daniel complained the entire time about his uncomfortable seat. Elizabeth cried about having cold feet. And my arse is still sore thanks to the new haemorrhoid bike seat. I’ve since put my old uncomfortable seat back on Harald. Busby also had a problem with brakes but I’ve since managed to fix that. Oh and it also poured with rain.

I have now accepted that Harald was a waste of money. It’s particularly disappointing because the amount we spent on him is around the amount it would cost the four of us to fly home to see our families. Instead we got a bike that I find very uncomfortable to ride and not very suitable with heavy cargo in a city with hills. Anyone want to buy a second-hand Butchers and Bicycles trike? Going cheap 🙂

Busby the bakfiets on the other hand is a work of art. Despite having one less wheel I find him more stable and much easier to manoeuvre. The main problem is Busby is heavy, especially with a 9-year-old and 6-year-old (soon to be 10 and 7). When I first got Busby the kids were 6 and 4. I think what I should have done is add electric assist to Busby instead of getting a new bike. This is also very expensive to do however I’ve seen this new product called add-e. Has anyone had any experience with it?

I started a petition recently to get cycling infrastructure to and from the local primary school. If you live in Aberdeen please consider signing my petition:

Daniel told me yesterday he finds Busby more comfortable to sit in. They have to sit on the floor of the box but I’ve put two pillows in there so it’s very soft. A nice man at the bike shop also gave me some fairy lights for Busby so now Busby has fairy lights too. 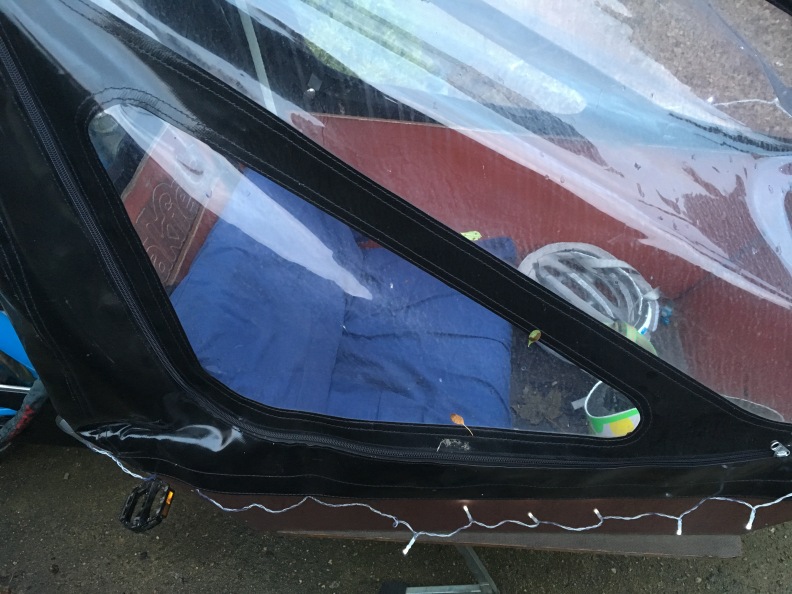 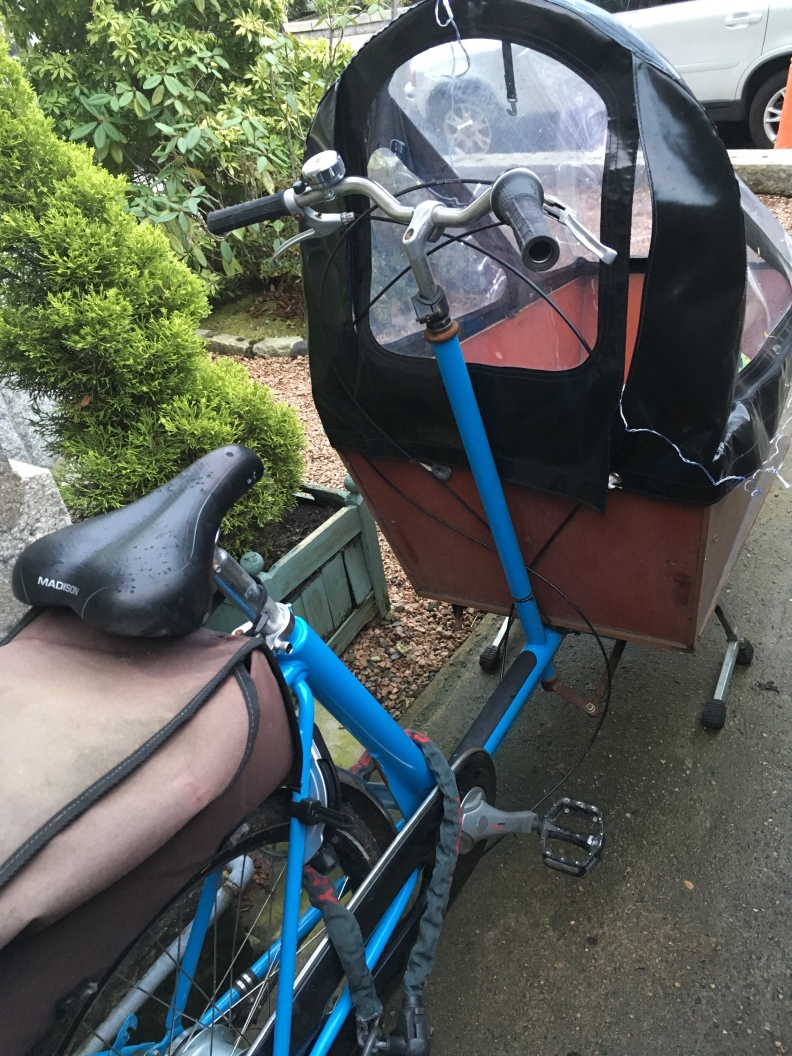 10 Replies to “The mighty bakfiets”