I walked past Grey’s monument in Newcastle this morning and wondered whether it had anything to do with Earl Grey tea – yes, I’m an ignoramus – and now I know the answer I’ve realised everyone should know about Charles Earl Grey, and so I’m going to share my new-found knowledge. 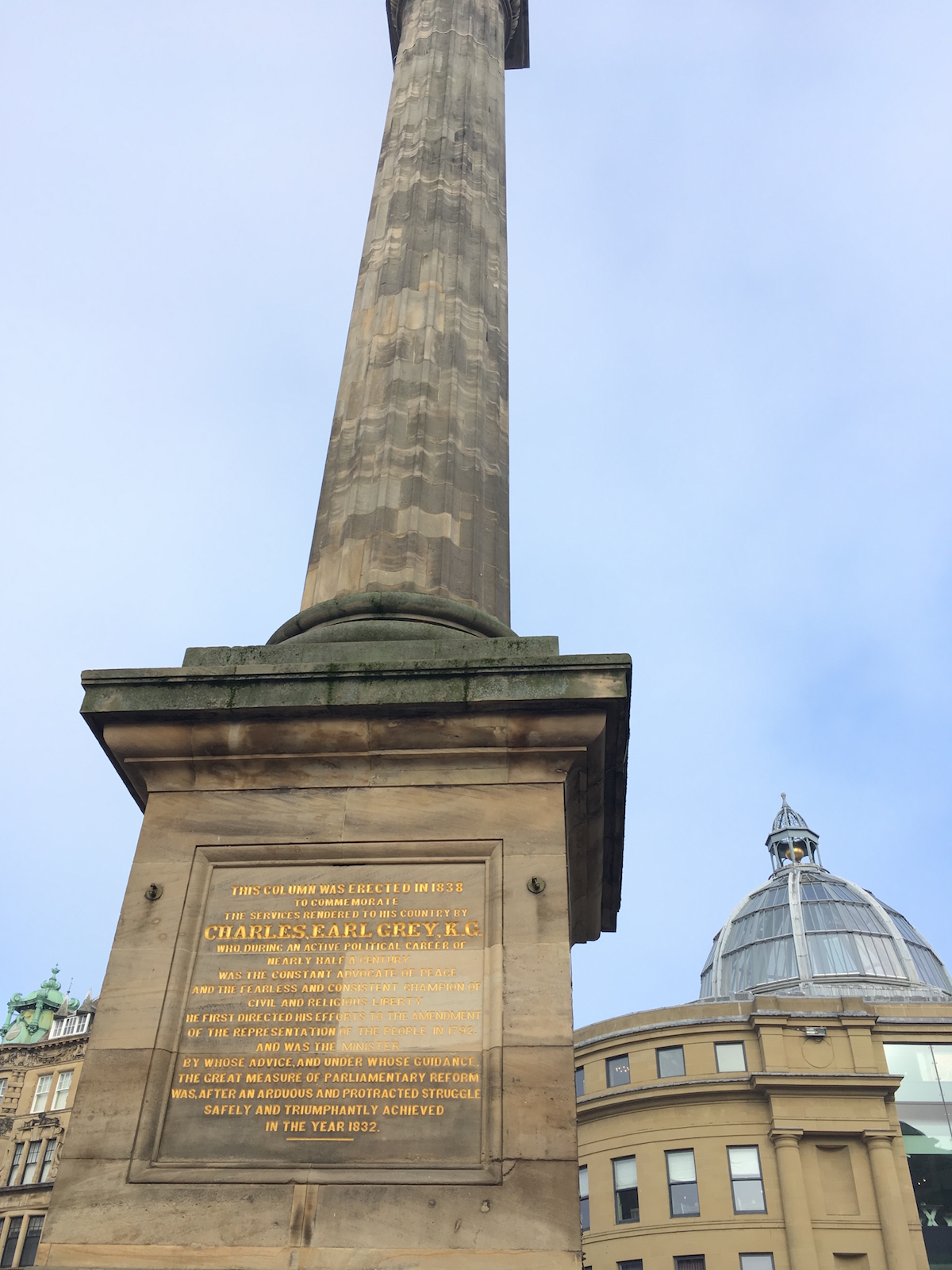 He was a British Prime Minister from 1830 – 1834 and during this short time there were two major social reforms for which he is largely to thank – one was the Reform Act of 1832 which made elections more democratic. Prior to this act not everyone could vote – you had to own land or a house with specific requirements (although it’s worth mentioning that not everyone could vote after the act since women did not get to vote until the next century, but the Reform Act of 1832 paved the way for women’s votes). There were also “rotten boroughs” which if you’re a fan of Black Adder you’ll already understand. The social reform act got rid of these and made elections more fair and society more equitable and stable as a result.

The other great social change made under Charles Grey’s reign was the abolition of slavery in the British empire. I’m not sure how involved he was in this one but he was a leading driver behind the Social Reform Act of 1832. This is why everyone should know who Charles Grey is and, yes, the tea is named after him.

One response to “Charles Earl Grey”