We’ve been to Drum Castle more than any other castle now, mostly because it’s so close, but it’s terrific and one of the best in Aberdeenshire. It’s also open all year round although only on weekends over the winter. Most other castles close for the winter. Every weekend I check for events at Drum and other nearby castles to see whether there’s anything we want to go to. That’s how I found out about A Midsummer Night’s Dream which we saw in August.

Today was the Exclusively Highlands Craft Fair at Drum which was a market of locally made art, craft, and produce. It was wonderful with some really lovely stuff. I met the fellow in the next photo at one of the stalls. He’s from Flavour Magic which makes delicious rock salts combined with herbs and spices. The funny thing is he’s a New Zealander from Christchurch and he fled – like us and thousands of others – after the Christchurch earthquakes. He’s been in Scotland ever since and seems to be doing well. I can highly recommend the rosemary rocksalt as well as the truffle and porcini. 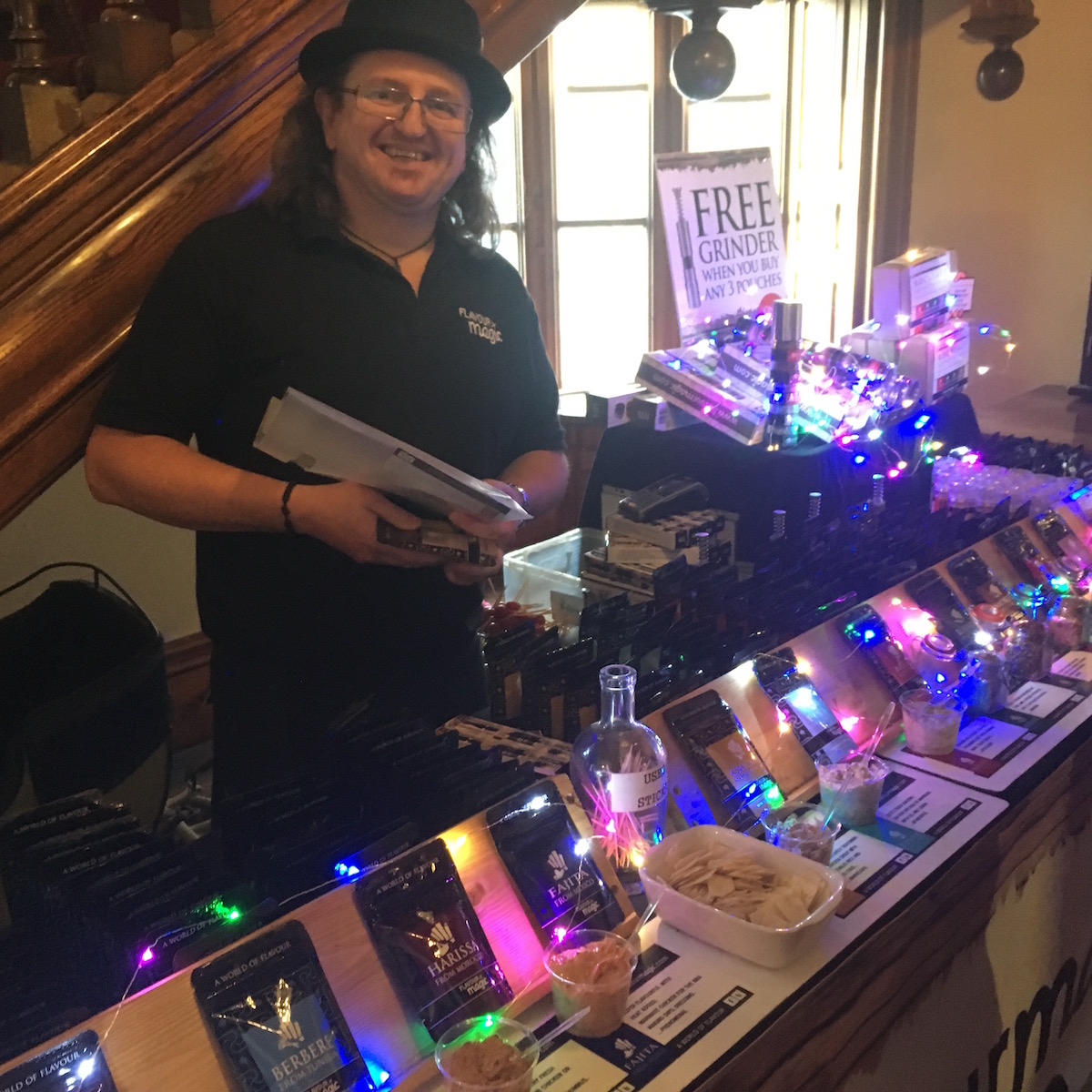 The tower at Drum Castle is one of the oldest in all of Scotland. It was built in the 13th century and is a proper fortress – not just for show like some others are. This tower is extremely solid with walls that are 12ft thick at ground level. Here’s an inside view from inside the top of the tower.

You can walk up onto the roof of the tower and the views are lovely. The landscape is starting to change colour and a gorgeous show of yellow, orange, red, and brown has begun. I like this time of year.

Elizabeth’s dress is getting a bit short. She’s growing too fast. And look at that filthy bum! Will she get upset that I posted this photo to my blog when she’s 18? 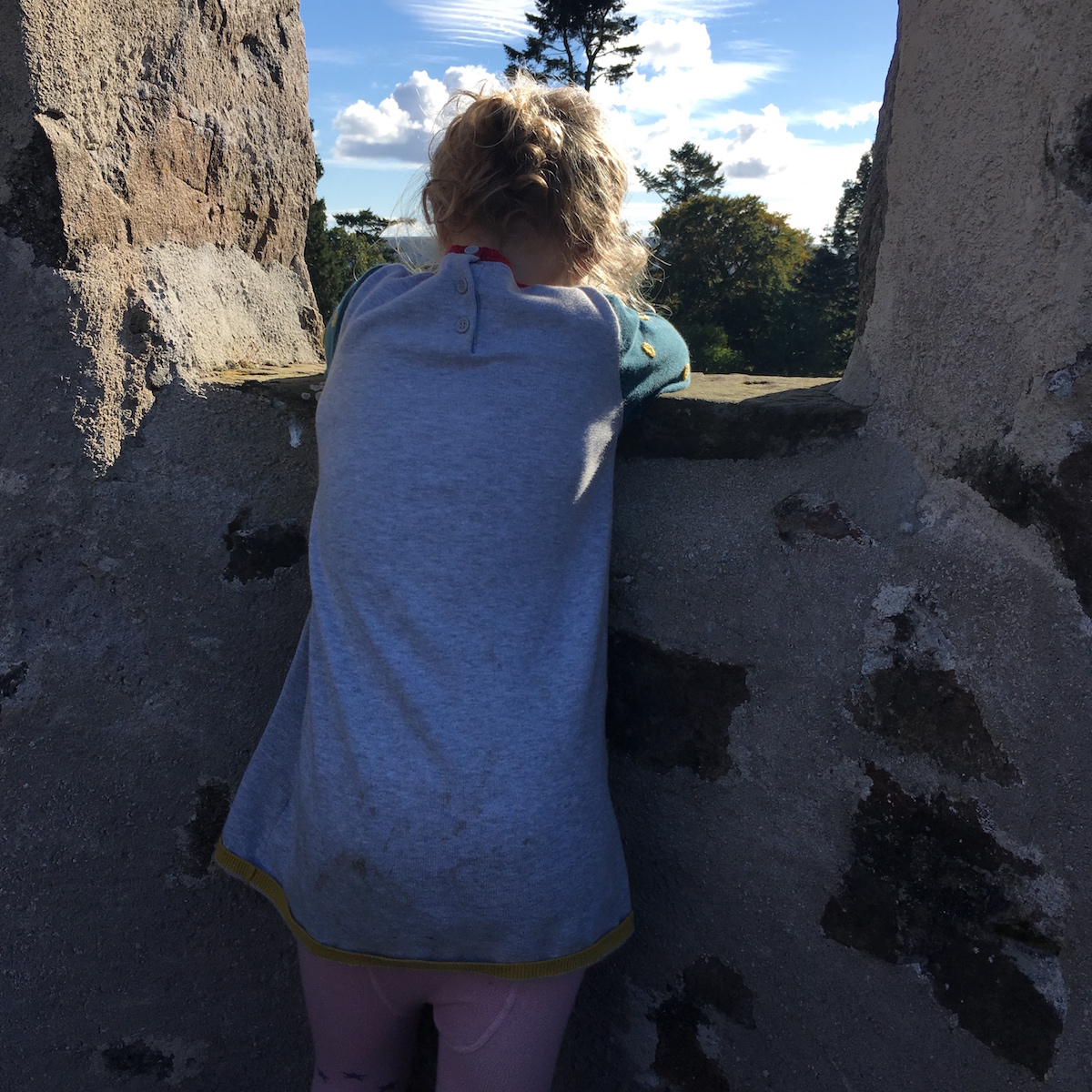 These steps are over 700 years old. Notice how thick they are and the huge pegs used to keep them in place.

Mrs Garden and her son 🙂

In the playground which is just for 4 – 14 year olds. Whoops! 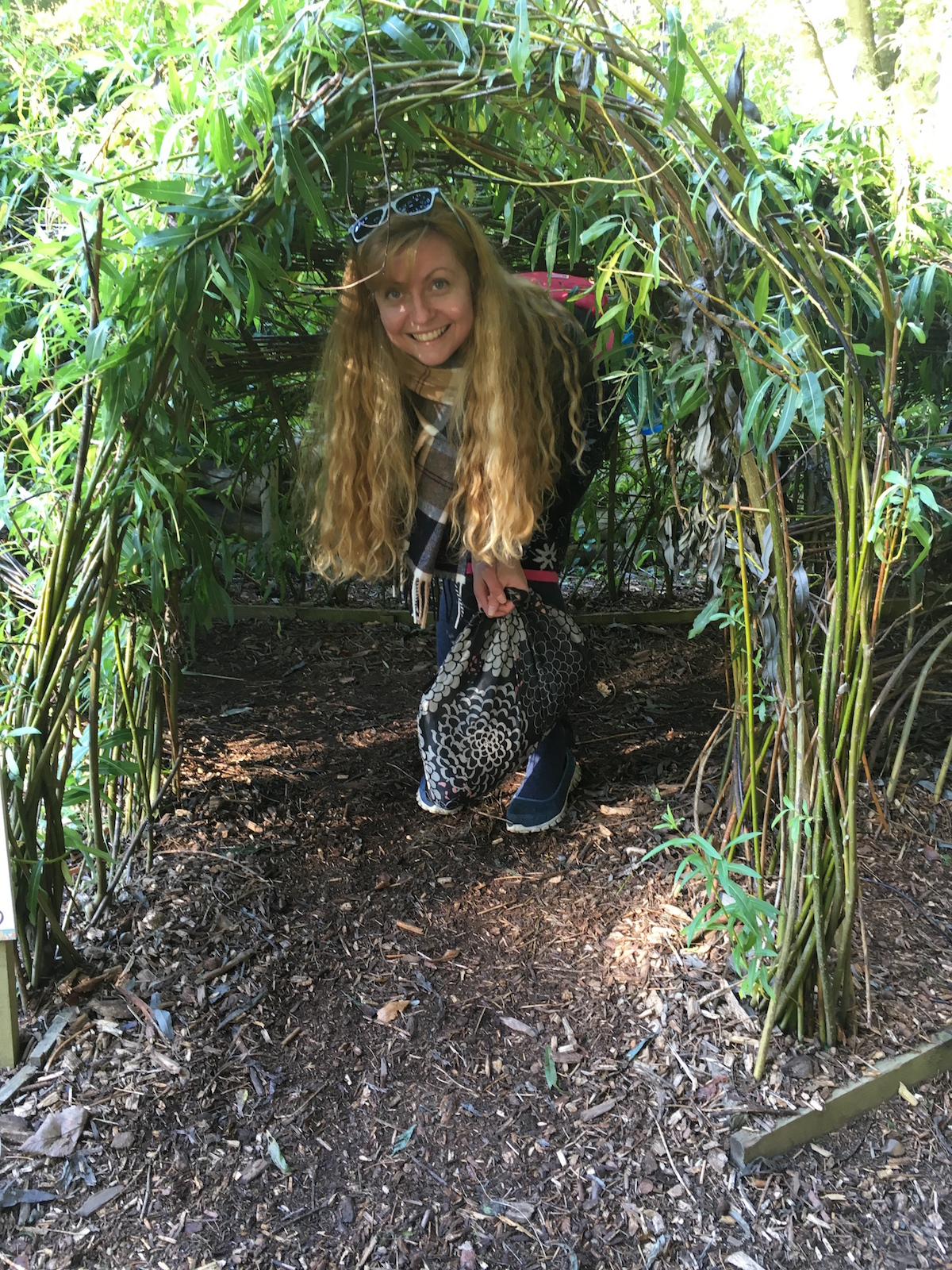 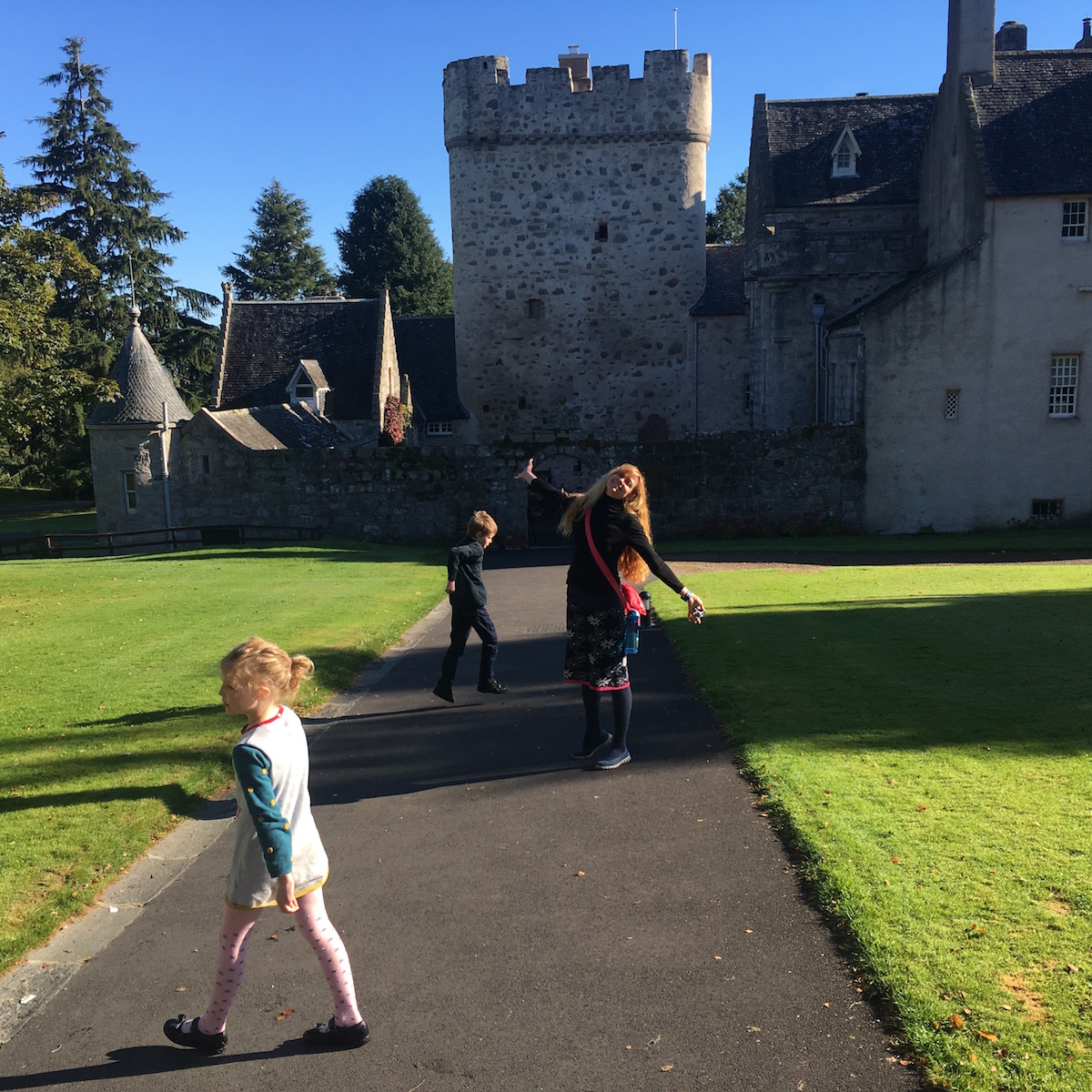 The scenic drive back. 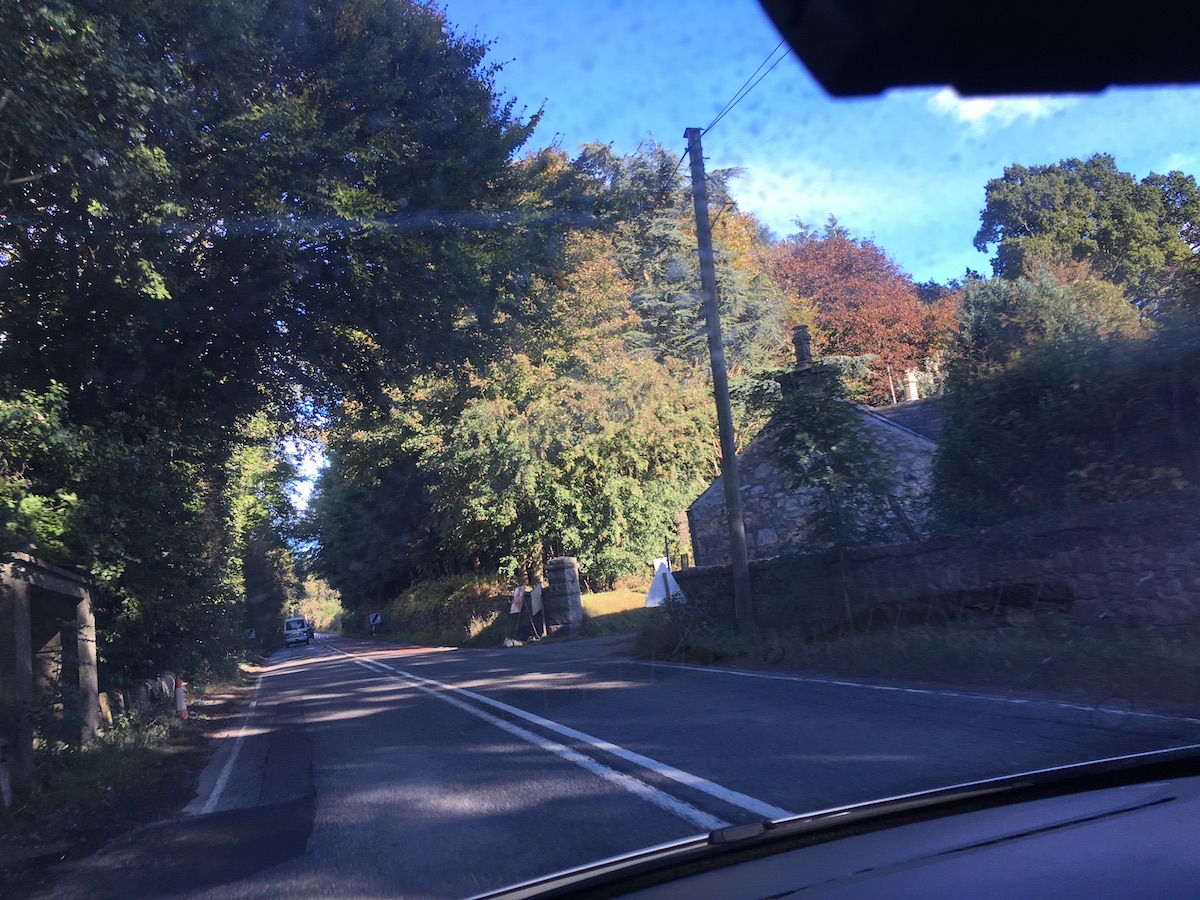 One response to “Exclusively Highlands Craft Fair at Drum Castle”