This video from inside Raqqa, Syria is very good. I tried to imagine how I would survive if it was me living there and I could not. I would have either been killed right at the start or I’d have committed suicide. I hope these poor people don’t have to wait much longer for the war to end.

This video was taken in the Syrian city of Raqqa – the Daesh (ISIS) capital and stronghold in Syria. It portrays the life for ordinary women under the tyranny of these Islamic terrorists.

Fortunately, this situation may soon be reversed. Armed forces of Syria and its allies are currently massing to retake the historic city of Palmyra. 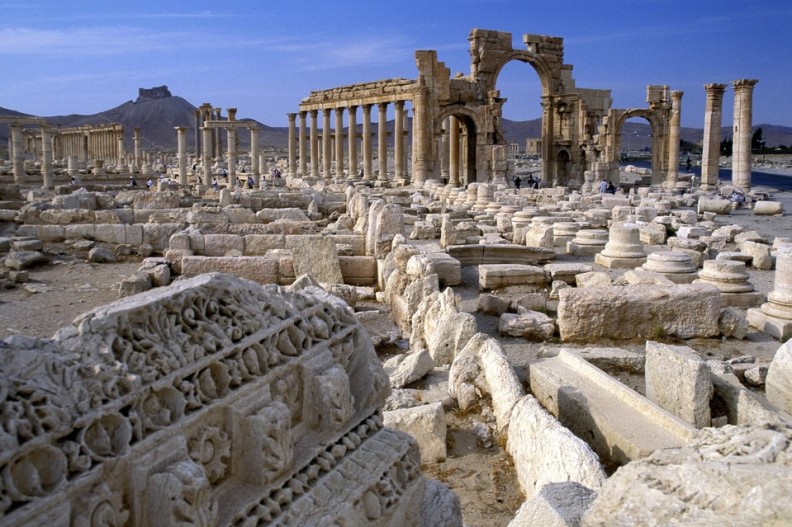 The ruins at Palmyra are shown here in 2009. Source: PETER RAYNER/AXIOM/ZUMA

Battles are also occurring around Deir ez-Zur. The capture of these cities well enable liberation of Raqqa.