We’re in Orkney. We caught the ferry from Aberdeen yesterday afternoon and arrived here just before midnight last night. The ferry stops in Kirkwall, Orkney a few times each week on its way to Shetland. Here’s a map showing the route we took on the ferry and also the route we plan to take back. We’ll be catching a much shorter ferry back to the mainland and then catching the train from Thurso all the way back to Aberdeen. 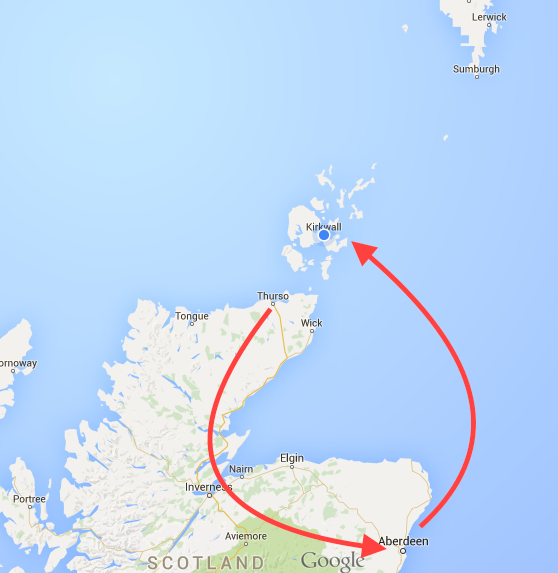 When we went to Shetland by ferry a couple of months ago it was relatively calm. Last night was not so. I needn’t have bothered buying dinner because I puked it all up, traumatising Daniel in the process. I didn’t make it to the toilet and had to use one of those paper bags, similar to the ones they provide on aeroplanes. I can remember hearing Daniel say, “I’m not going to look,” and then he shuffled as far away from me as he possibly could. I couldn’t wait to get off that boat and am quite pleased we’ll be catching the train home. We all felt queasy but I’m the only one who puked. Here I am prior to getting sick.

Today we went exploring and saw a fascinating archaeological site: The Tomb of the Eagles. Some pics of the scenery on the way there: 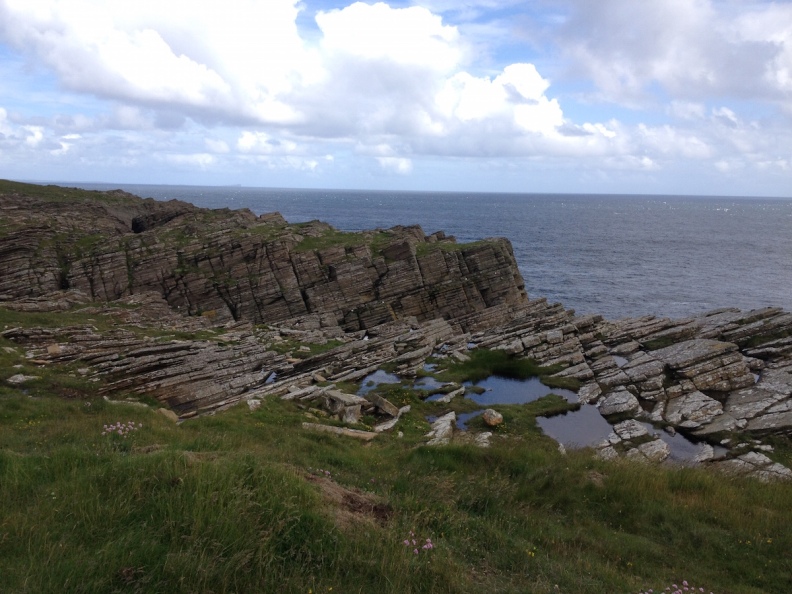 The next photo is a Bronze Age burnt mound. It was a building which was using to heat water. There’s a large pool in the centre which holds about 1000 litres of water and a nearby fire was used to heat stones, which they put in the pool to warm the water. They don’t know what the heated water was used for but two possible theories are either for boiling an entire animal like a lamb as a way to cook it or for bathing. 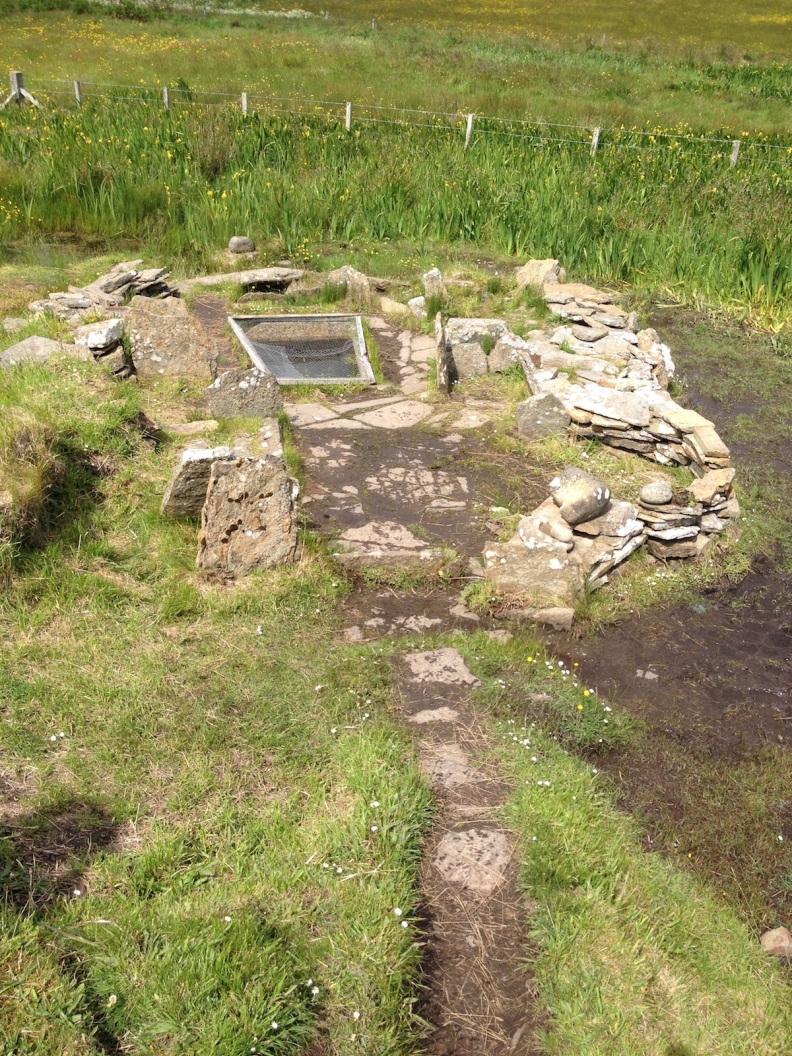 Nearby is a neolithic tomb where human skeletons, pottery, and various other artefacts were placed some 5000 years ago. This is the Tomb of the Eagles. Entry is via a small tunnel which you either need to crawl through or pull yourself through on a trolley. 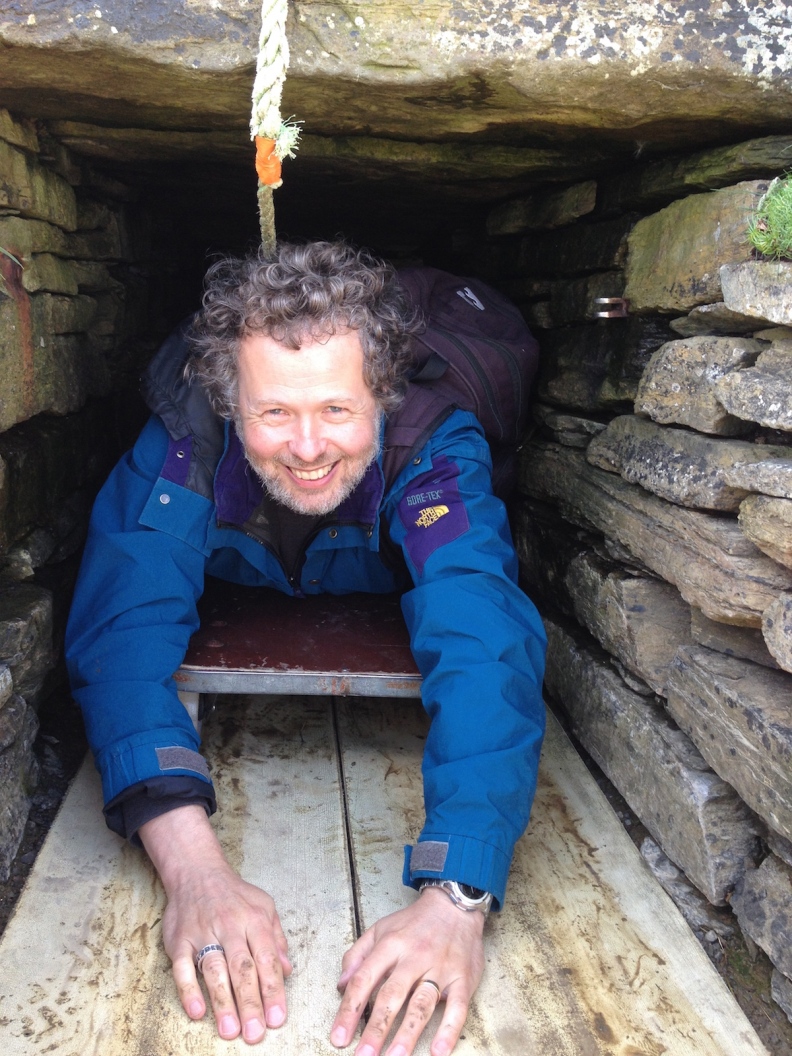 Ben is crouched on the floor in this next photo peering into one of the caverns off to the side in the tomb where a number of skulls were found. They also found eagle skeletons here, hence the name. Ben’s mum and her partner are here on holiday with us.

After the tomb we went for lunch where I noticed what looked like a scab on the back of Elizabeth’s neck. On closer inspection it turned out to be a tick so we promptly left and made a dash for Kirkwall hospital to have it removed. Elizabeth had a good look at the tick after they plucked it from her neck. It was wriggling about with legs flailing on the end of some tweezers. I think she would have taken it home to be her pet if she’d been allowed. Here’s a pic I took of it just before it was removed. It was still quite small so I think we got it almost right away. 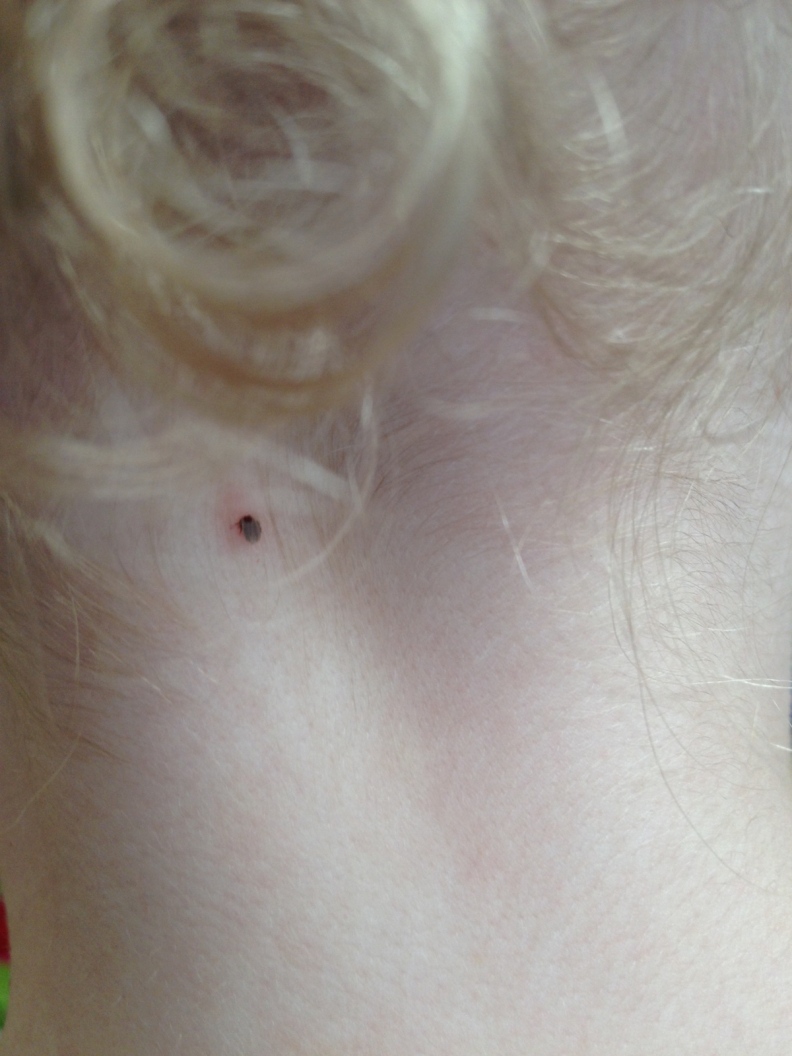