After I posted my last post I looked at the image of myself and thought I looked ill in it. I didn’t think anything of it until later that night when I woke up feeling very ill and then spent much of the night in the bathroom. I picked up a stomach bug in Pitlochry and didn’t eat anything for 24 hours. I’ve probably lost a few kilos although I’m not sure as we don’t have any scales.

I’m feeling much better today and the nausea has gone so I’m eating again which is good. I still feel a bit fragile but pleased that this was just a 24-hour thing. I feel sorry for those poor souls who die of ebola. What an awful way to die.

The last time I had a tummy bug was when Daniel was a baby and Ben had gone to Germany for two weeks for a mathematics conference. It was dreadful. Daniel was still waking up through the night and so I was dashing from baby to toilet bowl for much of the time. Being sick is bad enough but being sick and having small children to look after is way worse. This time was much better by comparison. Hopefully I’m now resistant to this round of bugs and it will be another good while before it happens again. I guess it becomes less likely as the children get older too.

I’ve just finished reading James and the Giant Peach to Elizabeth. She was very taken with the story and has starting writing a book about it. Here’s the front page and the first page: 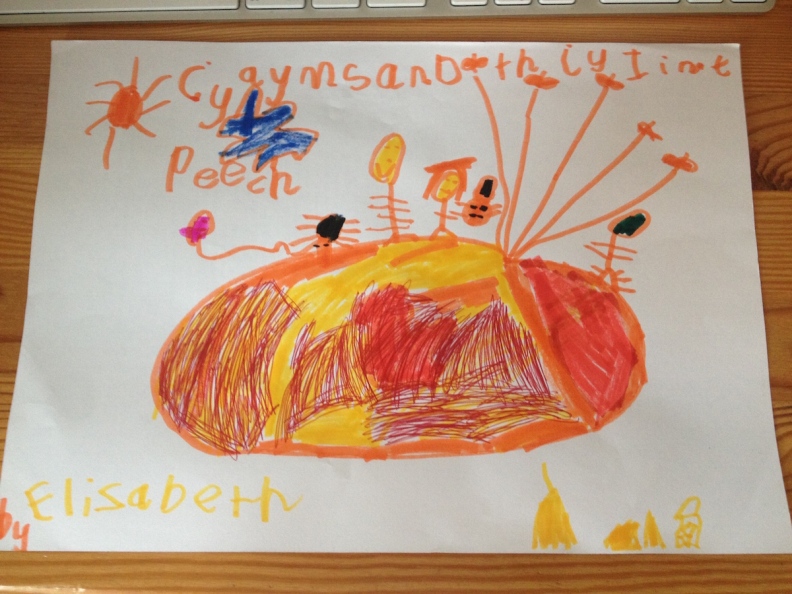 She has written: Gyayms and th jyiint peech = James and the giant peach 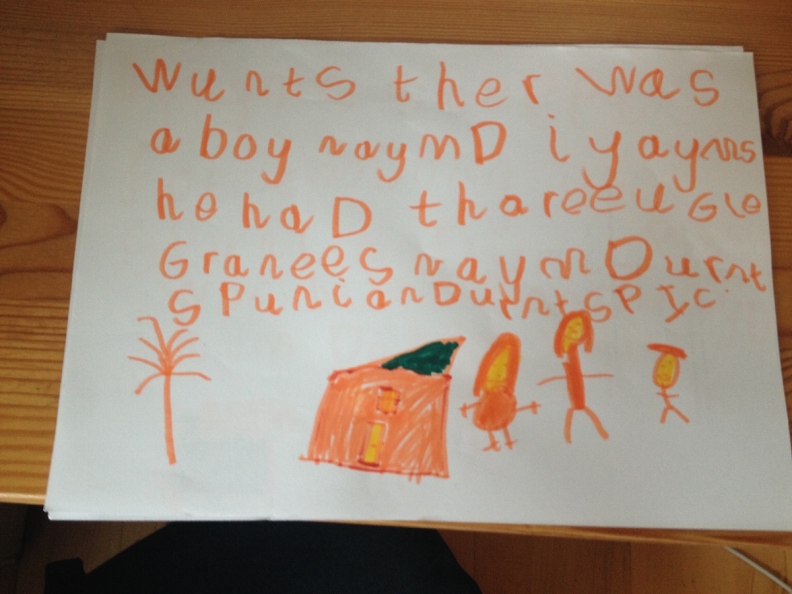 Translation: Once there was a boy named James. He had very ugly grannies named aunt Sponge and aunt Spiker.