I’m feeling a bit disheartened. There were not very many people at the Auckland climate march. Maybe a few hundred? I feel a bit disappointed about this. Don’t people care? It feels a bit like that right now. Perhaps I’m just down because it’s the end of a week with lots of disappointing news.

The people who did go were in good spirits though and very friendly. It was a peaceful walk up Queen St from Britomart to Aotea Square. The highlight for me was being able to walk along Queen St which is usually for cars. I have always thought Queen St should be for pedestrians only so it was nice to experience this just once.

Auckland put on its usual display of fickle weather: torrential rain one moment, gale-force winds the next, and bright and sunny 10 minutes later. There was a tent at the start of the walk which nearly got blown away. I took this photo of a poor fellow clinging to one of the poles (see the guy in the orange rain coat):

And this lovely lady brought the poles but her sign-bearing friend failed to show: 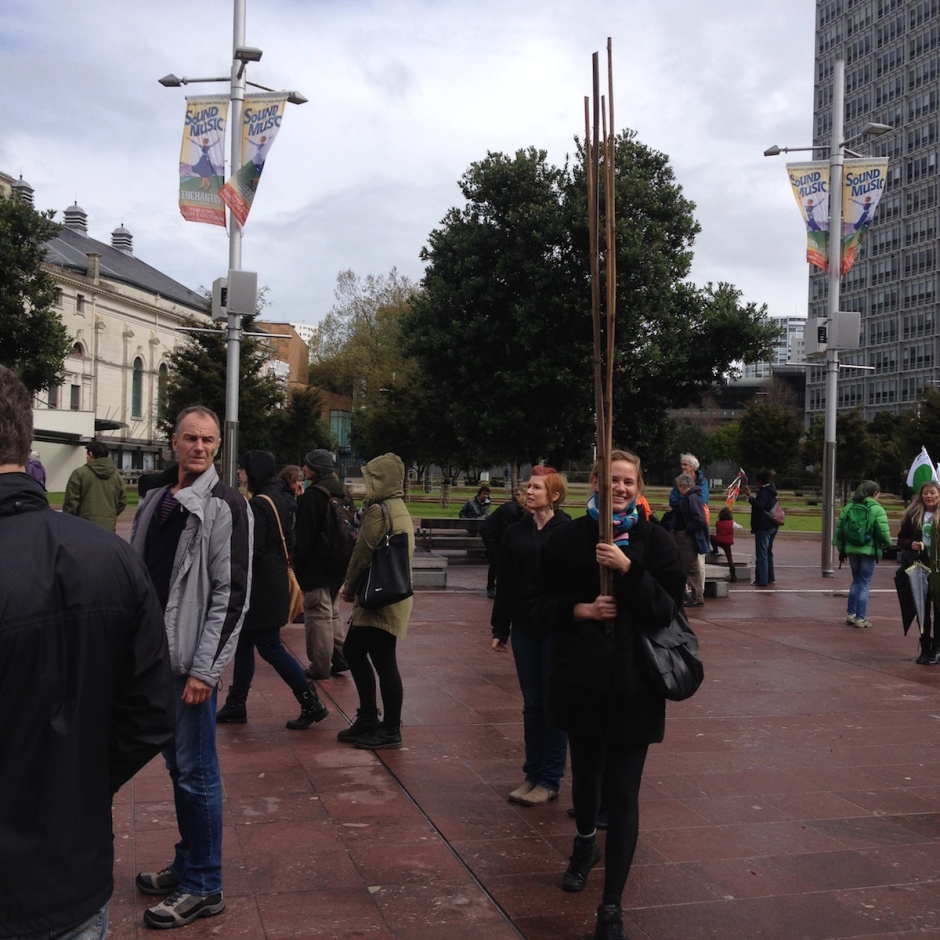 Daniel managed to pinch a sign from someone else at one stage but look at the wording on it – anthropomorphic rather than anthropogenic!!! We should have made our own sign. If we had it would have said: “Creepers against climate change”. 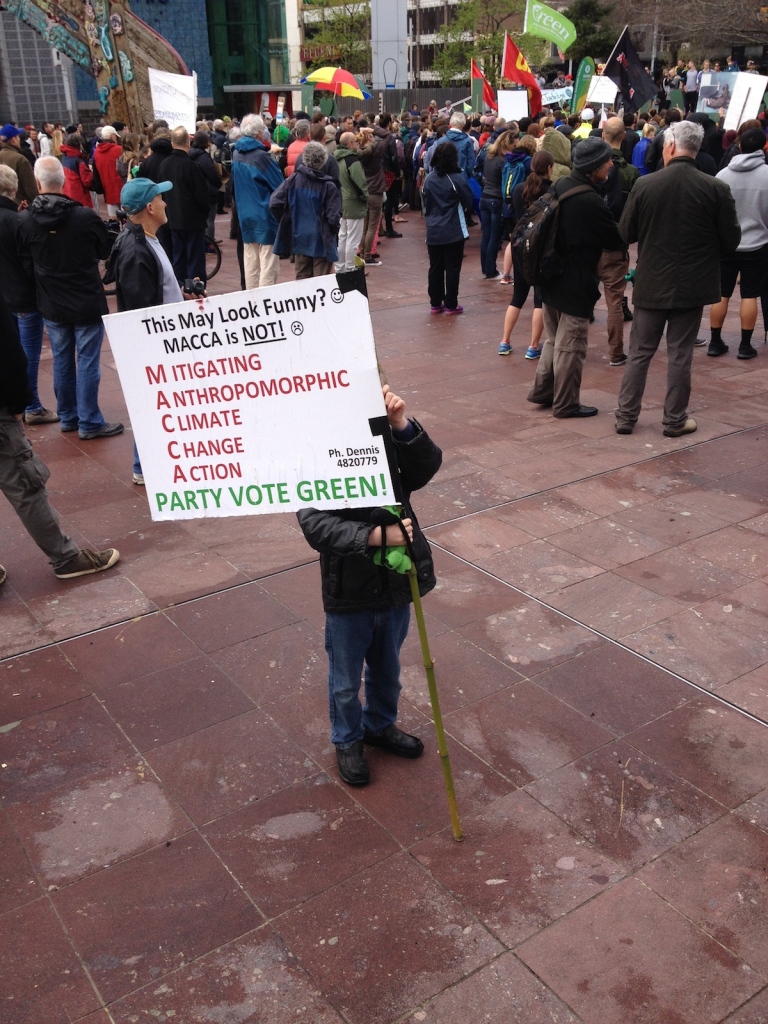 Elizabeth and Ben in the spirit of the event. And don’t for one minute think that I dragged Ben along with me. He was a willing participant and his views align with mine on this issue.

The view on Queen St: 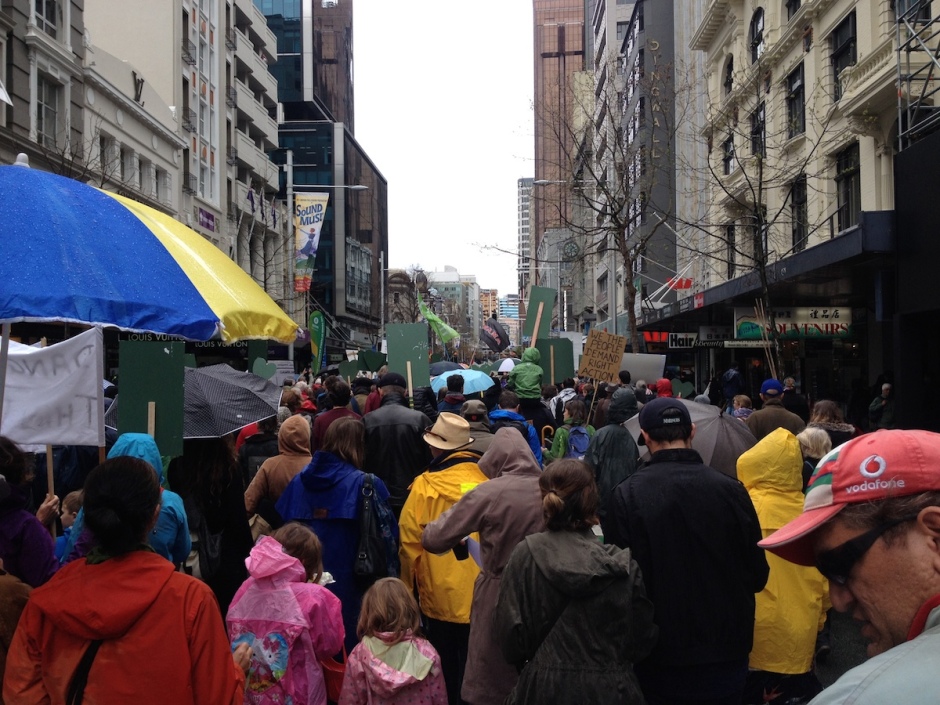 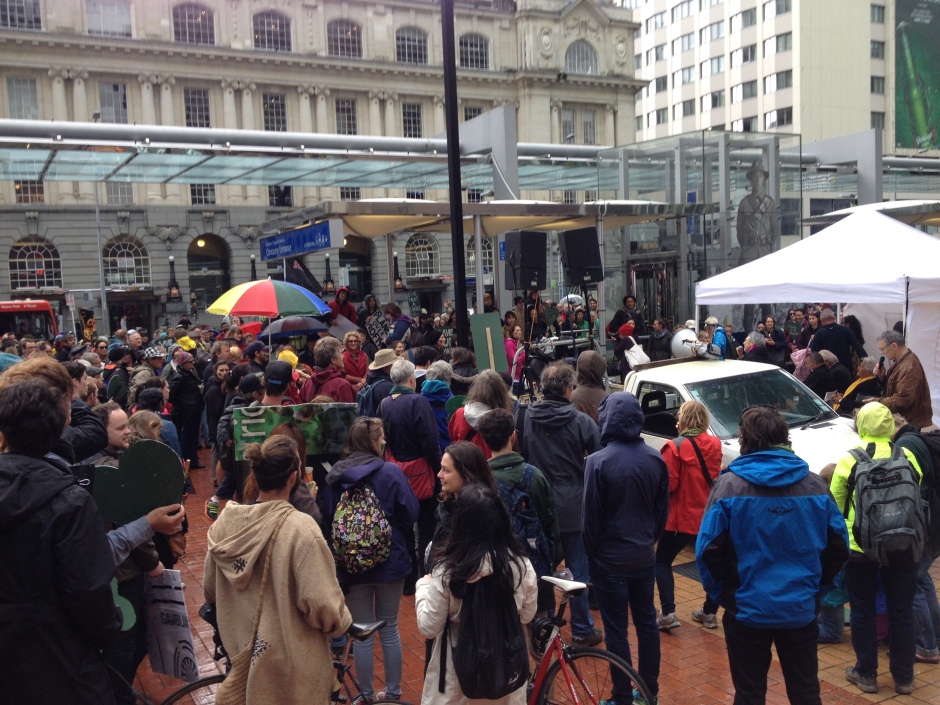 It was nice for the kids to witness the peaceful expression of something we both feel passionate about and also to see people fulfilling their right to express their views even though so few New Zealanders seem to care.